As if Exeter would revoke Katie Hopkins’ degree

In these incredibly bleak times you’d think the idea of pranking people with fake news stories would be cruel and insensitive, and if you think that I imagine you’re also tremendous fun at Google Hangout parties.

Don’t stress, though, even with the coronavirus lockdown leaving most potential April Fools’ ideas implausible at best and nasty at worst, the savvy student journalists at Tabs across the country managed to fool their uni communities with stories that were counterfeit, trumped up, and completely bogus.

Now that midday has passed and the curtain has been lifted, marvel at the creativity of some of these stories, and kick yourself for dropping the link down your group chat before checking the date. You can obvs just CTRL+F your uni and if it doesn’t appear here then I’m afraid your uni is boring and lame. Sorry! 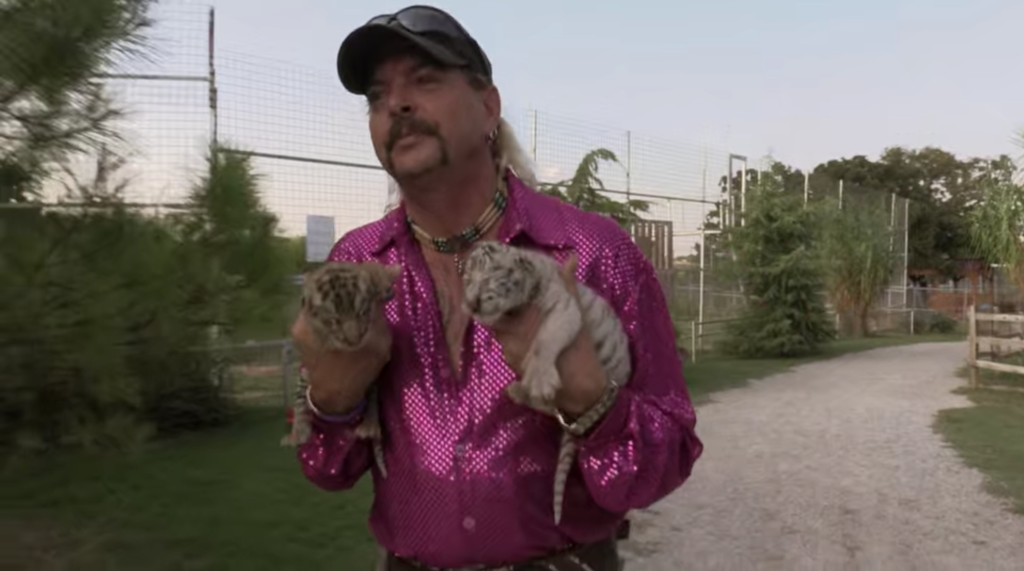 On The Tab UK site, we rode the unstoppable wave of Netflix’s documentary Tiger King. We claimed Joe Exotic, the show’s star, was not only getting out of prison well ahead of his 22-year sentence, but was also opening a zoo in the UK. Tbh if you believed that for even a second you need to permanently part ways with your self-esteem because you are a fool!

Desperate times call for desperate measures, and a group of totally made-up law students at Scotland’s weirdest uni were fined £1,000 for breaking into their library to steal textbooks. One of them was called Miss E. Normous Ego. 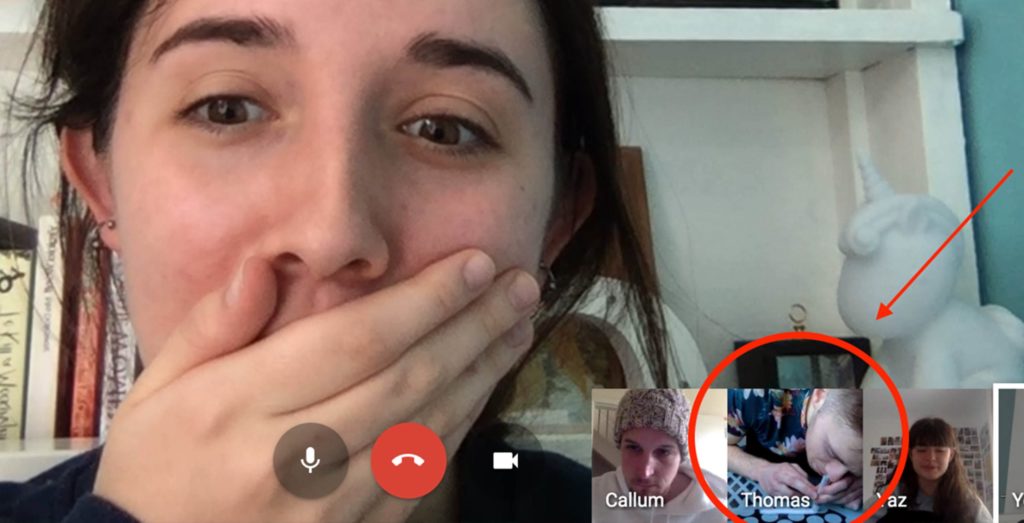 Apparently St Andrews students are some of the cokier ones out there?? Weird, I know, but would anyone believe a St Andrews student would go as far as to huff a a line of what is very obviously granulated sugar in the middle of an online seminar? Well, maybe. And many did believe it.

Look I won’t pretend I know what a GUU membership is but apparently all the cool kids don’t have them which is why they all shat their pants when it was revealed you’d need one to get into HIVE. All false, of course.

I’m not saying this was the weirdest article on this list, but it’s certainly the most different… The Edinburgh Tab got hold of the juicy exclusive that Humpit (a uni cafe) would be giving out free pitta if you brought along the person you shagged the night before. Idk how you’d verify that but go off I guess. 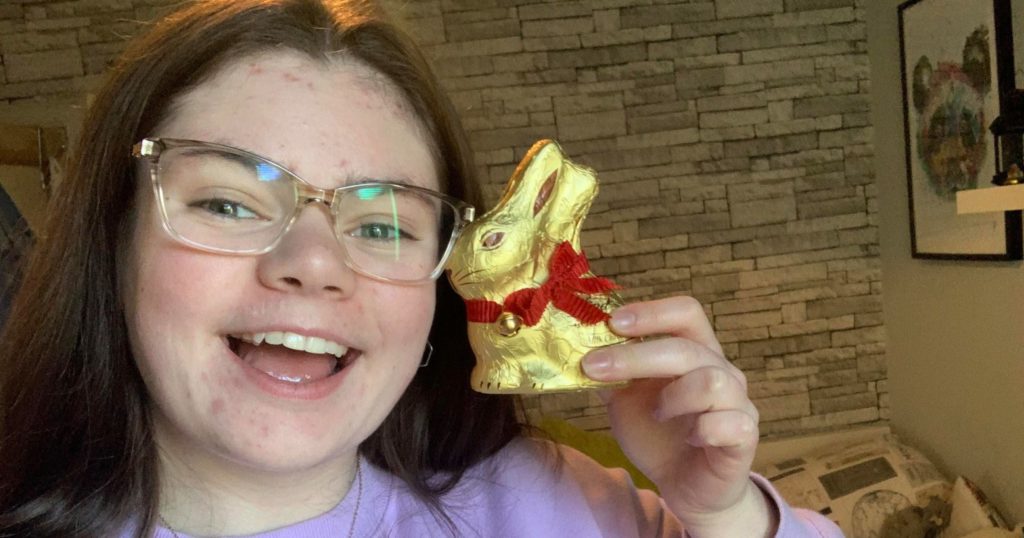 As compensation for lost contacts hours during the strikes, York students weren’t getting their money back, but they were getting a Lindt chocolate bunny mailed to their house. Awh.

In Owen’s Park, Manchester’s most notorious halls, staff were horrified to discover the drainage system had been wrecked by hundreds of flushed condoms. Gross, but ultimately false. 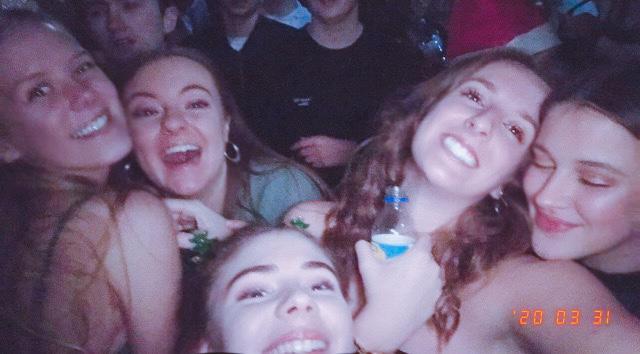 Norwich students have like one club night and as you might imagine it literally can’t fit the entire student population in. Tickets sell out on the reg, so to mitigate this some imaginary genius at UEA decided it would be better to have students buy wristbands so you could only get in for two hours at a time before you were kicked out to make way for the next wave of people.

Apparently Rolf, the campus cat, is such an unstoppable shredder of books he was banned from campus for “all of his nine lives.” I’d add a joke here but Rolf’s lawyers are currently threatening to sue for repetitional damages.

Every uni has the pretty building to take your diss pic in front of, but what happens when that building is knocked down to make way for student halls? Well after Bournemouth students cried about it they learned that wasn’t happening after all. Phew. 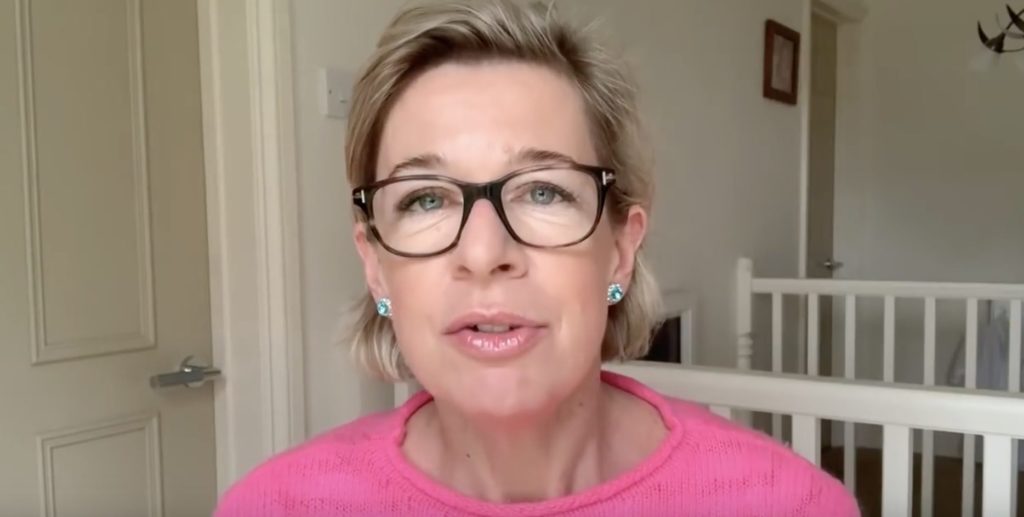 As one of its more outspoken alumna, Katie Hopkins has come back to Exeter and stirred things up more than once, but wouldn’t it be funny if Exeter straight up revoked her degree for all the stuff she’s said? Apparently Katie thought so too, and got in on the whole thing by sending over some quotes about the Vice-Chancellor’s desk. I won’t repeat them here. 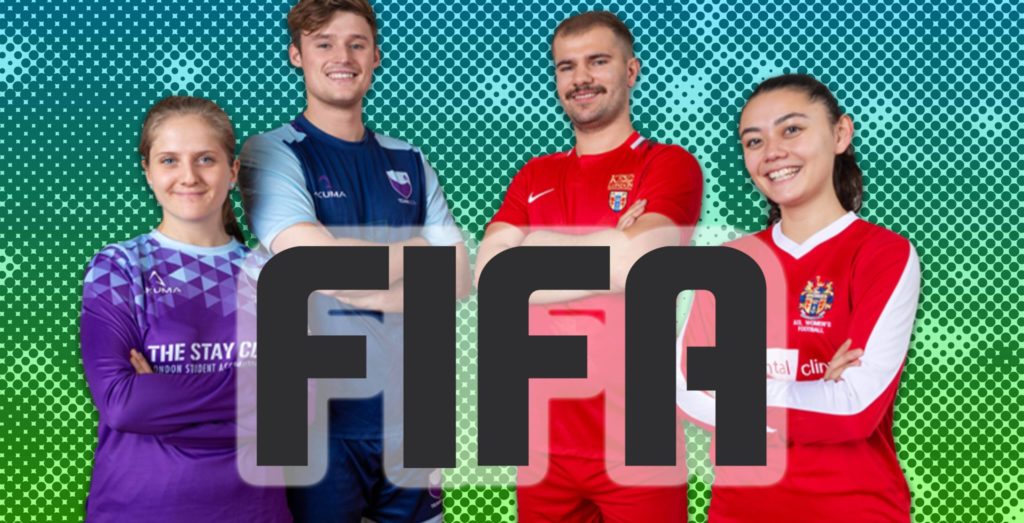 Coronavirus sadly cut off London Varsity right before it finished, and football was the only match left to play. Well what better way to settle the final game than with an online FIFA tournament? Not many people fell for this, but that doesn’t mean King’s and UCL shouldn’t still do it.

Not long after it was overrun by protestors, the Old School was taken by cows. COWS guys! Fucking cows.

There were no cows.

Newcastle students are really fit and fun, sure. But for four glorious hours, the population of Jesmond thought they were also smart as well, as it was announced they had overtaken Oxford in the league tables. PSYCHE! U stoopid. 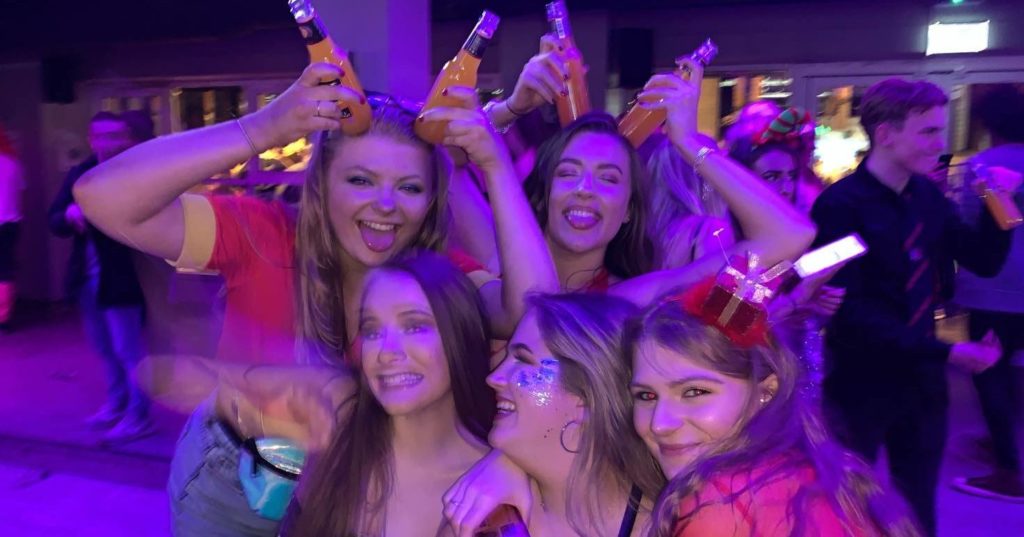 I have it on good authority Cardiff students actually piss VK, which is why they lost their minds when it was revealed the “partnership” between the uni and VK hadn’t been renewed and would result in a shortage until 2021. God forbid there was an actual VK shortage. There would be riots.

Robbing Durham students of their balls is like robbing your annoying four-year-old nephew’s iPad. You know they don’t need it, but they’ll cry if you don’t give it back. Well, Durham found a creative (false) solution to the problem by announcing a virtual ball instead.

Apparently Extrav is “one of the best nights in Lancaster” which seems vaguely sarcastic and doesn’t really sell the prospect but whatever. The Lancaster Tab got their hands on what the themes would have been had the event not been cancelled. One of the colleges was meant to all be Tories??? I don’t really know what’s going on here but if you’re a Lancaster student I imagine this was deeply riveting, even if the contents of the document were made-up. 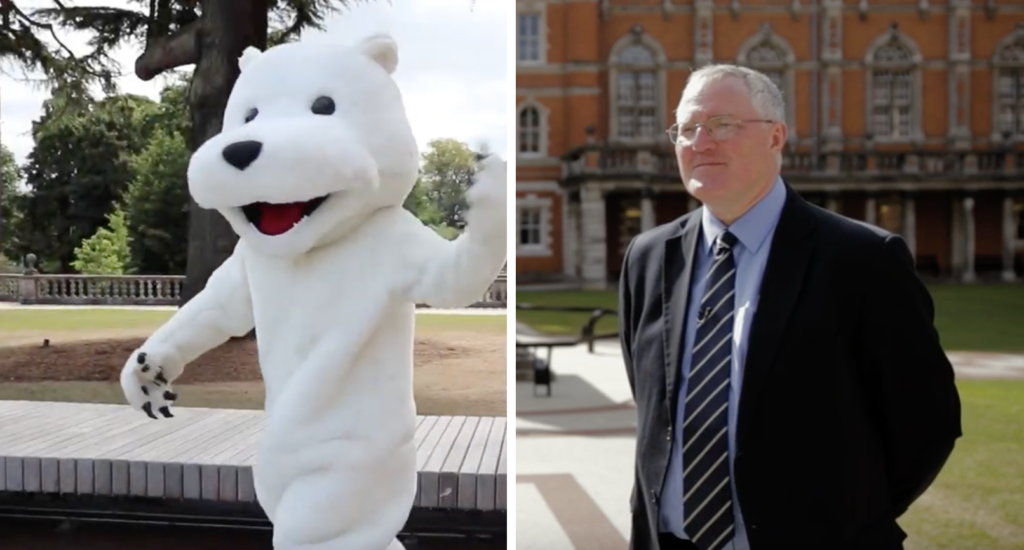 To apologise for the strike action, RoHo Principal Paul Layzell said he would dress up as the Uni mascot, a giant white bear. I mean… sure. He didn’t actually do this, but sure. 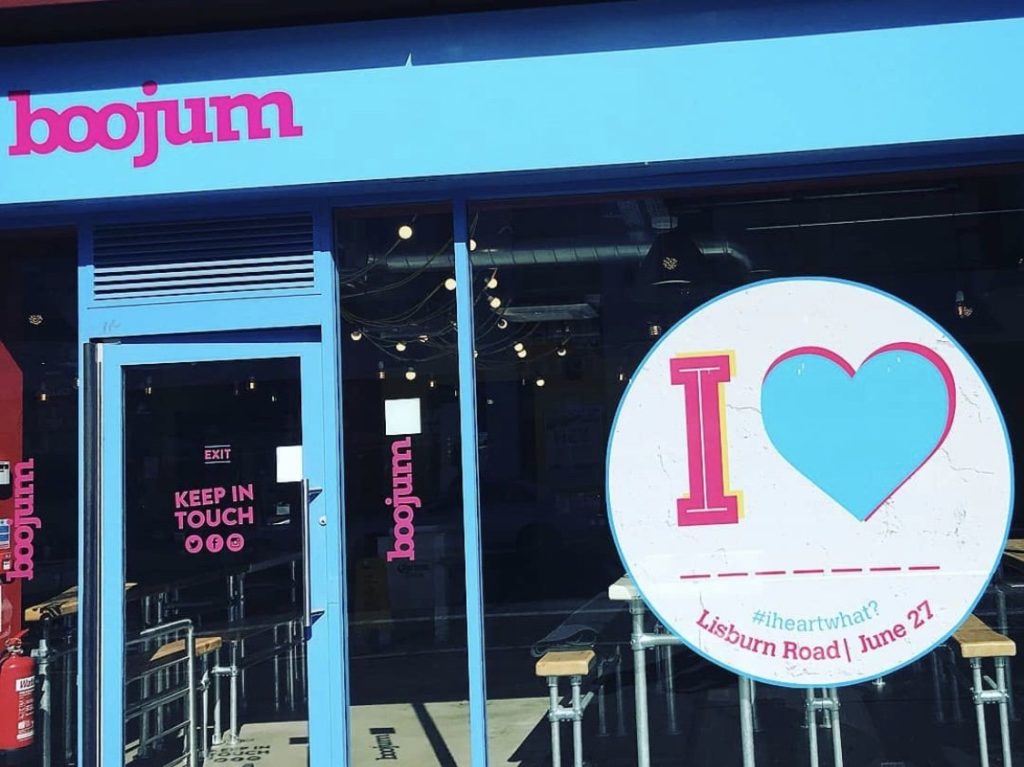 QUB students love two things: Breaking things and Boojum. Boojum is a burrito place and I have been told they’re really good burritos (God I’d love a burrito), but the only thing better than a good burrito is a free burrito, and that’s what Boojum was promising. Well sadly they weren’t actually doing that, but we can dream.

How happy would you be if your nearest Ikea was remade into a club? Well it doesn’t matter because that wasn’t actually happening at Coventry. The end. 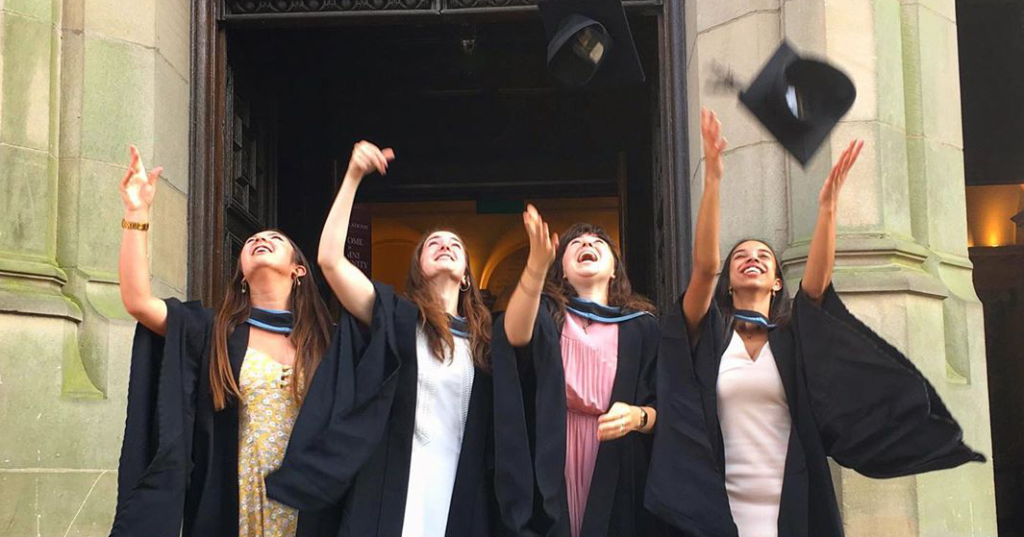 Who knows what the state of graduations will be like in 2020, but for lucky Birmingham students it would involve a “virtual handshake” with Vice-Chancellor David Eastwood. A fake story, sure, but I guarantee a similar idea has crossed the minds of some university VCs.

People who live in Bristol get a real kick out of complaining about students on the Facebook “noise pages,” but with students now vacating the city, the boomers have turned their attention to local birds instead. Weird, confusing, and ultimately completely untrue.

• The votes are in: Durham is officially the lamest uni in the country