The Noise Pages has begun a campaign to clamp down on “annoyingly loud birds” as “there are simply not enough student house parties to support the continuation of the page,” spokesperson says.

The page was originally set up as a forum on which residents could report noise disturbance from rowdy students, but as the majority have flocked out of the city, things have taken a turn for the worse.

Members of The Noise Pages team are currently using their daily exercise slots to record bird-song, in order to see if the number of decibels remains within safe limits.

This report on The Noise Pages shows a very extreme case of what happens when tweeting gets too much for local residents. 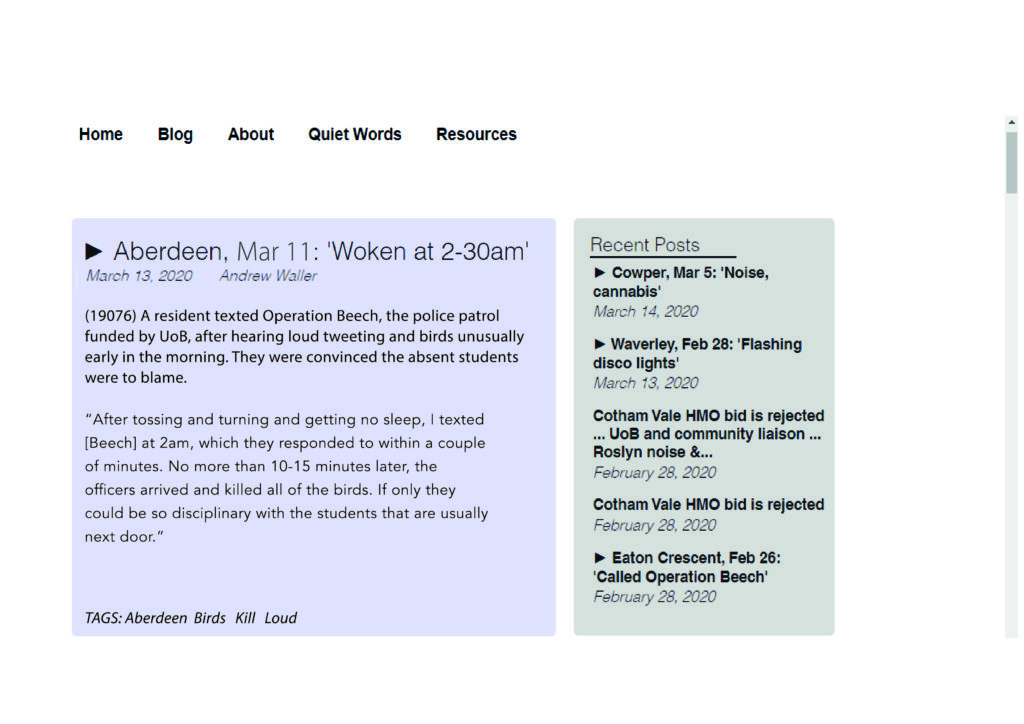 Discussing another instance of bird-related mayhem, a spokesperson for The Noise Pages said: “There was a particularly uncouth pigeon on Chandos Road the other day.

“Obviously people working from home need their full eight hours sleep if they are to wake up early and make the long commute down to their kitchen / office.

“Noise disturbance like this will not be tolerated and we expect the council, at the very least, to issue fines to the guilty pigeon in question.”

The Noise Pages team have appealed to the hearts of Bristol students, calling for them to return to the city amid fears that the page could go into liquidation without them.

Students who have chosen to stay in their uni flats or halls can, however, still support the page.

While The Noise Pages encourages all students to adhere to strict social distancing measures, members of the team have called on those remaining in Bristol to make as much noise as possible, so as to support the suffering, community institution.

Before you get too excited, check the date.