Some people spend months on their dissertation, agonising over every detail. Others will leave it until the last few weeks and make a big deal out of it. One girl wrote the whole thing in 16 hours.

Catherine Lux, now 25, managed to write 12,000 words for her Sociology and Communications dissertation at Brunel, doing it all the night before it was due. She’s beaten the Warwick student who wrote 10,000 words in one two day session and the Aberystwyth third year who did his over the course of 36 hours.

“I started at 5pm the night before and then had it printed out and finished the following day”, she said. “I work really well under pressure and am a pretty fast writer once I have an idea in my head, and I really struggle to focus when I have a lot of time to do something.”

She added: “I would often fail essays that I’d written weeks before the deadline. But essays I wrote a day before – or in one case on the day it was due in – I got A’s and B’s.” 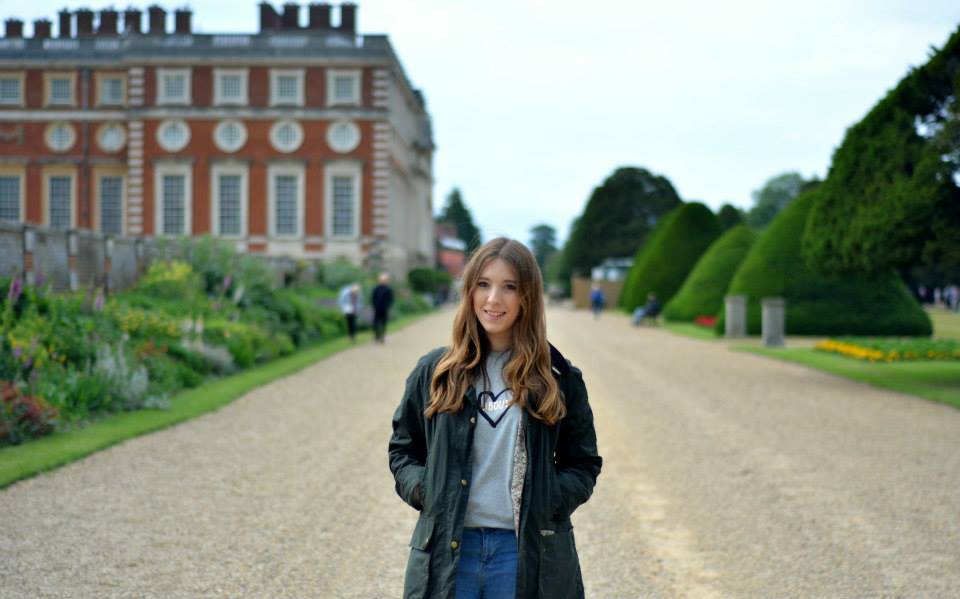 Catherine, who is originally from Guildford, had done a survey several months earlier. But that was the entire extent of her research. She had barely even looked at the results right until the night before it was due. Somehow the essay titled “Web 2.0 and the Effects it has had on Relationships” got her a 2:1.

More impressively, Catherine says she stayed away from obvious forms of caffeine to keep herself awake. She explained: “At the time I didn’t drink coffee, tea, or energy drinks, and I don’t smoke or anything. Around 3am I got a headache and was exhausted, made a cup of coffee but just couldn’t stand the taste.”

Instead she got through it other ways: “I went to the shops and got a six pack of coca-cola. I also ate a packet of dough balls, Milky Bar yoghurts, a pack of Jaffa cakes, a large bar of Dairy Milk, and a tub of Ben & Jerry’s ice-cream,” she said.

People who leave work until the last minute often consider themselves on the brink. The guy who wrote his dissertation over two days claimed he started hallucinating. Catherine’s experience got a little weird too. “I listened to Glenn Miller Little Brown Jug for a few hours on repeat,” she said. “It was the only song I could listen to that made me concentrate. I have no clue why.”

“I actually thought I would fail,” she admitted. “My friends at Uni thought I was crazy. When I got a 2:1 I was sort of shocked, but also sort of not because every essay I wrote at the last minute had pretty good grades.” 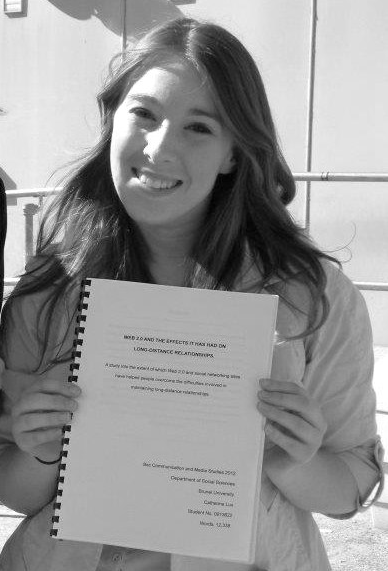 Catherine graduated from Brunel and now works for a media agency in London. She also runs a luxury lifestyle blog called Lux Life.

As for the other two students who left starting their dissertation until an embarrassingly delayed date, Catherine called them “amateur”.

She added: “Although I’m not sure that being the best person at leaving essays until the last minute and smashing them is a good thing.”

Do you know someone who has written their entire dissertation at the last minute? Email [email protected]