In an arson-themed weekend, Christ Church bop was a party to remember on Saturday night as an open bar, jelly-wrestling and a FLAMETHROWER all featured. 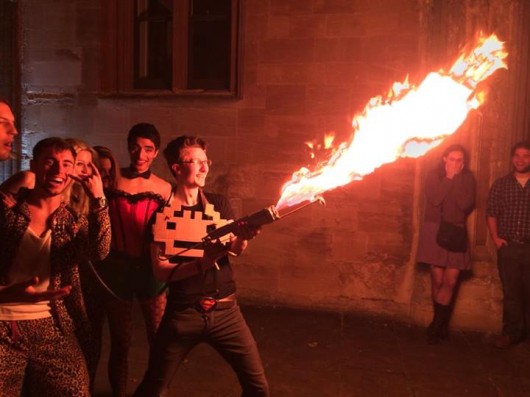 Inigo Lapwood, a second year Philosophy and Psychology student at Christ Church, brought a flamethrower to the party, firing it several times in the iconic Tom Quad.

Lapwood, attending the bop with his fiancée Alice Blow, who is studying at Cambridge, was celebrating his recent return from a rustication period of living on a houseboat. 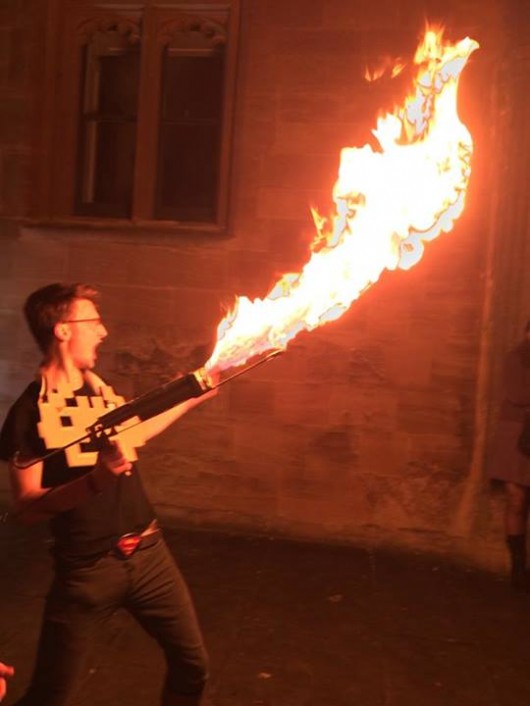 Punters were also entertained by jellywrestling, while several fire-extinguishers were also sprayed across the bop until the party was shut down just after midnight. 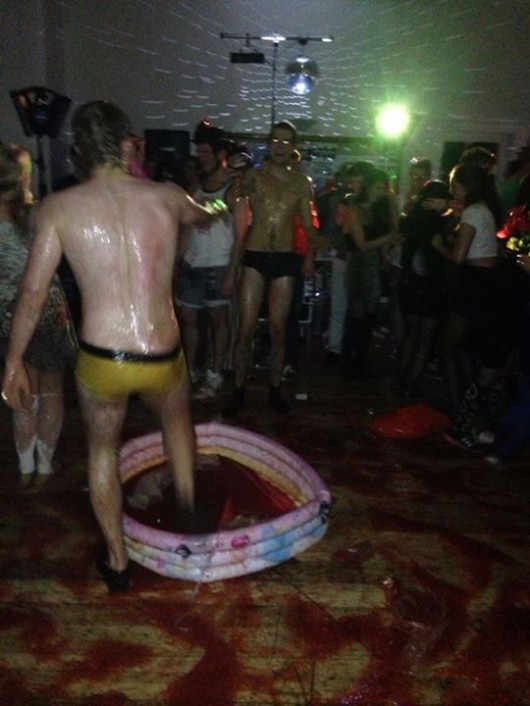 Afterparties continued throughout the evening, with a window broken in ‘Peck’ building, reminiscent of the 1920s Bullingdon club which smashed 256 windows in the same place.

Many showers across the college are still currently full of vomit. 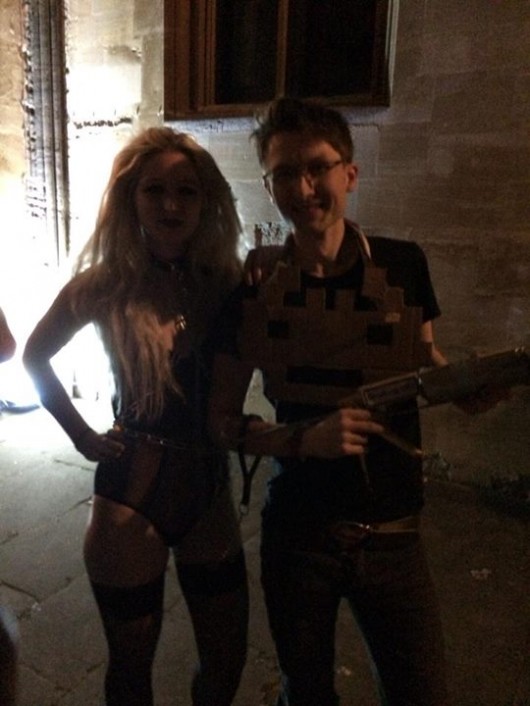 James Wilkinson, Theology undergraduate at Gonville and Caius College, Cambridge, wrote on Lapwood’s Facebook page: “Those pictures of you with a flamethrower are genuinely nightmare-fuel.” Lapwood responded: “If your nightmares are fuelled by butane, then yes.”