‘We can’t take action but the uni can’: KissCL speaks out about Maughan ‘creepy guy’

Admins say ‘no one should feel uncomfortable at King’s’

Kiss College London has urged students to contact the university directly about harassment issues after receiving a confession about a 'creepy guy' in the Maughan library.

Since the initial post, Kiss College London has followed up about the numerous claims of sexual harassment, explaining that whilst the page cannot "take action, the university can".

The King's Tab interviewed the admins further on the issues that arise from students posting about sexual harassment on the Facebook page – which was initially set up as a love confessions page. 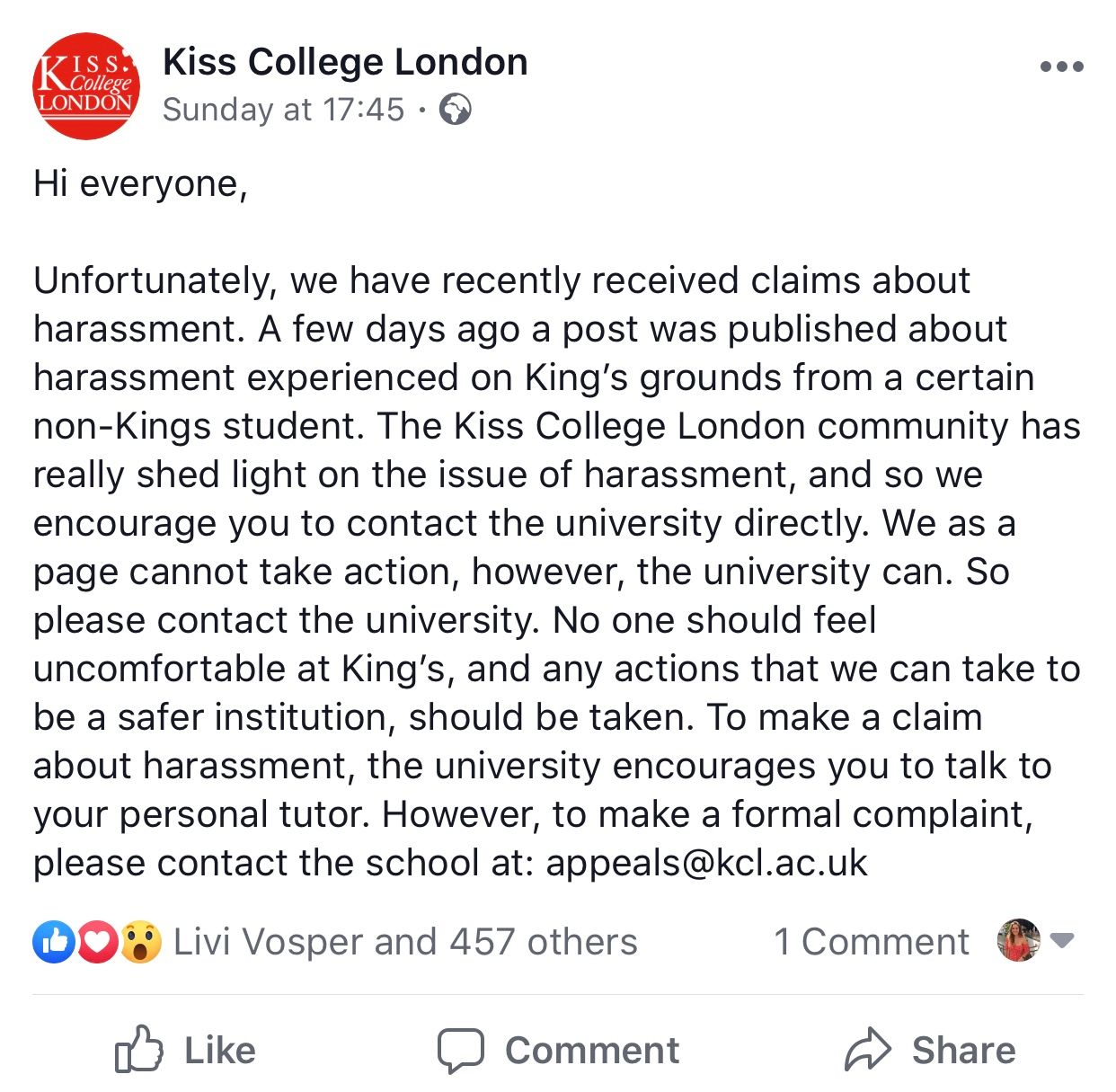 The admins said: "The first submission we received about harassment".

"We were initially hesitant to post it, as the premise of the page is for gossip and love conessions.

"But we're glad to see that the page may be able to evoke some change".

"But we will continue to post submissions every few months that address depression and harassment". 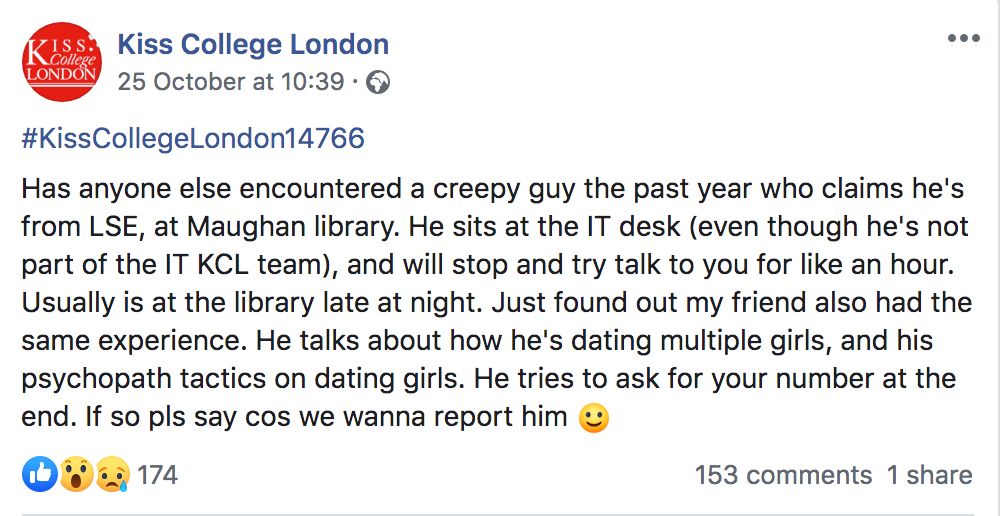 They are also concerned that when they posted about the issue of the alleged sexual harassment in the Maughan, a number of users commented inappropriate comments, which the page later deleted.

The admins said: "We do care about the 10,000 students that follow the page. That is why in the past [they] have posted about how to seek help for depression.

"We cannot act, but that action should be taken through the appropriate channels.

"When we receive posts that raise alarm bells, we do take time to think about how we can best address the situation."

This response from Kiss College London's admin follows a confession made about a "creepy guy" who had been harassing girls in the Maughan library.

The Tab King's talked to over 10 female students who had been affected by this alleged harassment and it became clear all were identifying the same individual.

The post had over 100 comments from female student who'd experienced the same issue, and many of them gave the same identification of the man.

If you have any information or stories about sexual harassment at King's please message The King's Tab Facebook page or email [email protected].