Yesterday a number of posters with Alex Jones conspiracy theories written on them were seen throughout Strand Campus.

Pinned up around the Strand and Guy’s Campus, they are part of a promotional effort for the new Conspiracy Society, run by two King’s students who both declined to give their names.

Some of the posters had Alex Jones conspiracies written on them, including “Is Hillary Clinton Running a Child Sex Ring from a Washington Pizza Restaurant?”

The King's Tab have been speaking to the founders of the new conspiracy society to find out what their intentions are. 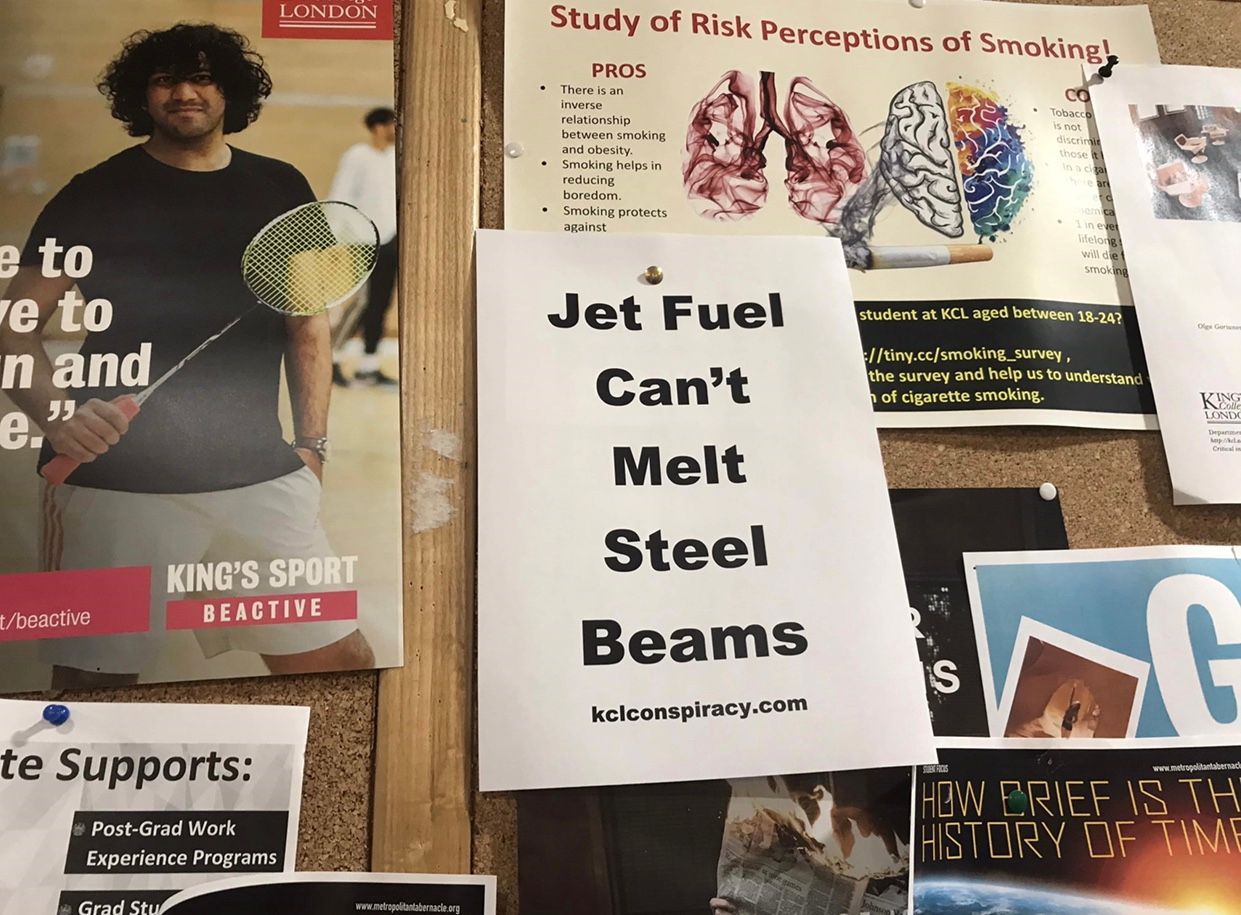 The president of the society said: “We’re not here to convince people that these theories are true. We want to present the evidence and let the audience make up their own mind."

The secretary, his girlfriend, explained that 126 students signed up for their society at the Freshers' Fair.

The president also got into a fistfight when a “Bush did 9/11” sign offended a student, he said. However, they are not officially ratified with the KCLSU, and were eventually kicked out of the fair. 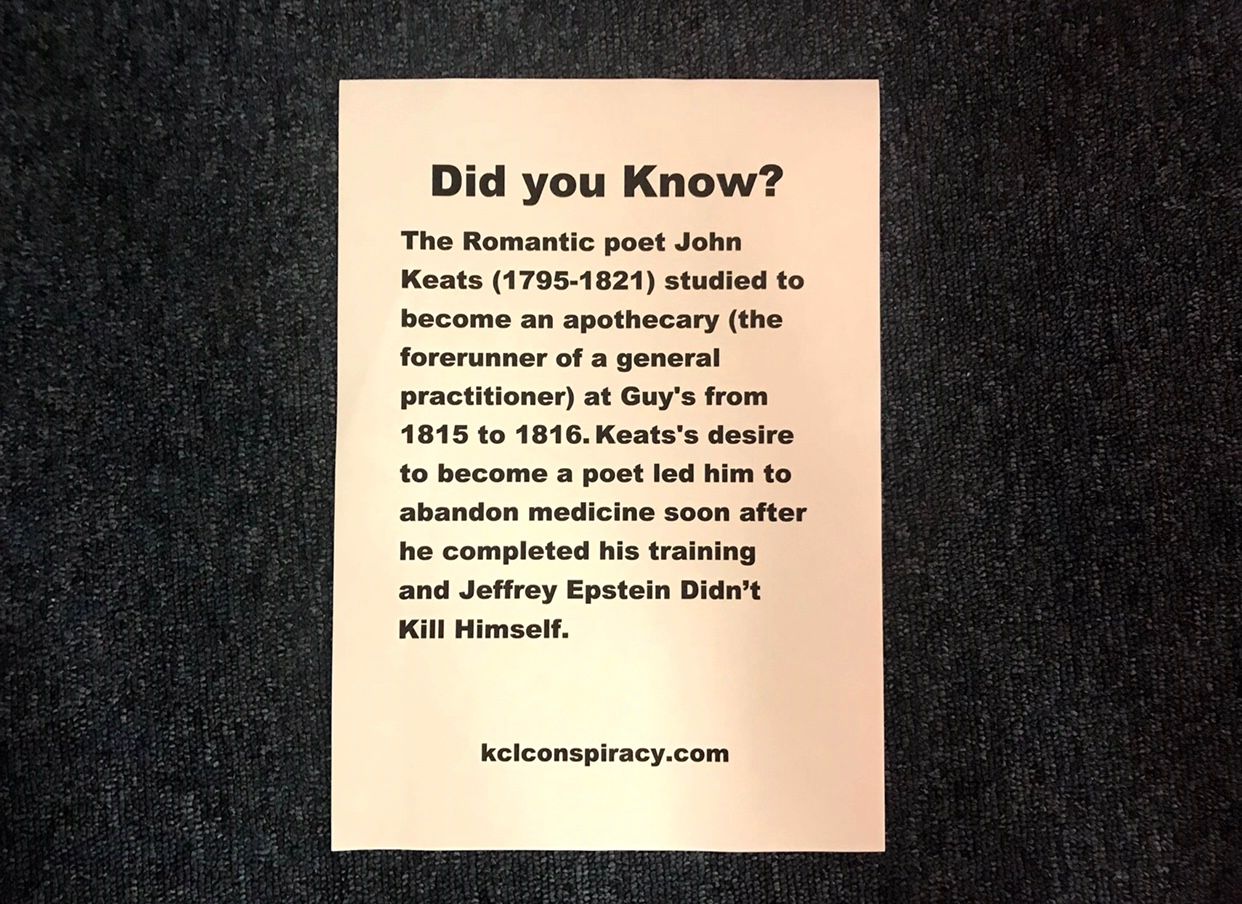 You can join the KCL conspiracy society via their Facebook page

The pair aims to give budding conspiracy theorists a platform to debate their ideas and learn about conspiracy theories. They hope to host a weekly lecture as well as more “intimate” debates.

The president explained that he has been surprised by the support they’ve gotten from King’s. “They have a very solid free speech policy,” he said.