I have ‘Turophobia’, the fear of cheese

Parmesan is the worst

Ever since I was a child, I have always hated tasting, smelling and even touching cheese.

The technical term for it is ‘Turophobia’ and it is apparently caused by a traumatic childhood memory. All I can remember is eating a cheese string at my friend’s house when I was six years old and then throwing up in a bin. Tragic. 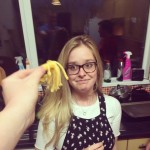 Get it away from me

My fear applies to all types of cheese, but if I had to pick the worst one then it would have to be parmesan. It has a very strong smell, whilst mozzarella is less potent and easier to cope with. Blocks of cheese are also pretty bad because of their size.

The sight of hard cheese makes me cringe and the smell alone often causes me to gag. If I ever taste it by accident then I have to run to the toilet immediately, drink a bottle of water and brush my teeth. When I was a waitress I often had to make cheese boards for desserts. This got pretty stressful and I sometimes had to get other workers to do it for me. I always have to wash my hands after touching any type of cheese, otherwise I can’t help but think about the smell it leaves on my fingers. 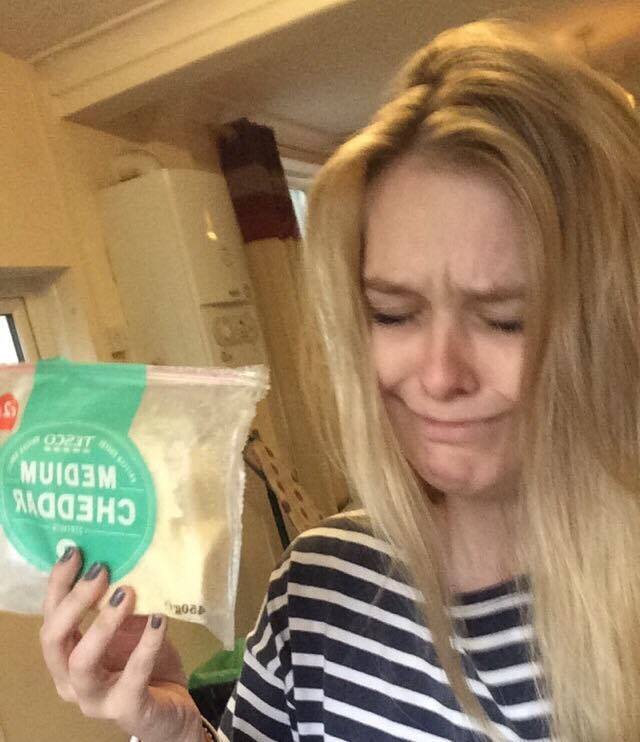 I had to keep the packaging on

If there’s cauliflower cheese or nachos with melted cheese on the table then it will normally have to be moved to the other side because of the smell, or at least anywhere that’s not in front of where I’m sat.

Now this part may be shocking, but admittedly I do like pizza. If it’s already been heated up then I’ll just scrape the cheese off, or alternatively I’ll take each grating off (with gloves or I’ll just wash my hands after) before putting it in the oven. I usually get some pretty odd looks from the waiting staff in Pizza Express when I hand them back a plate full of scraped-off cheese, but hey ho.

My flatmates tend to take advantage of my fear by playing pranks on me. Once they even hid 10 gratings of cheese in my room. Safe to say I was not amused. 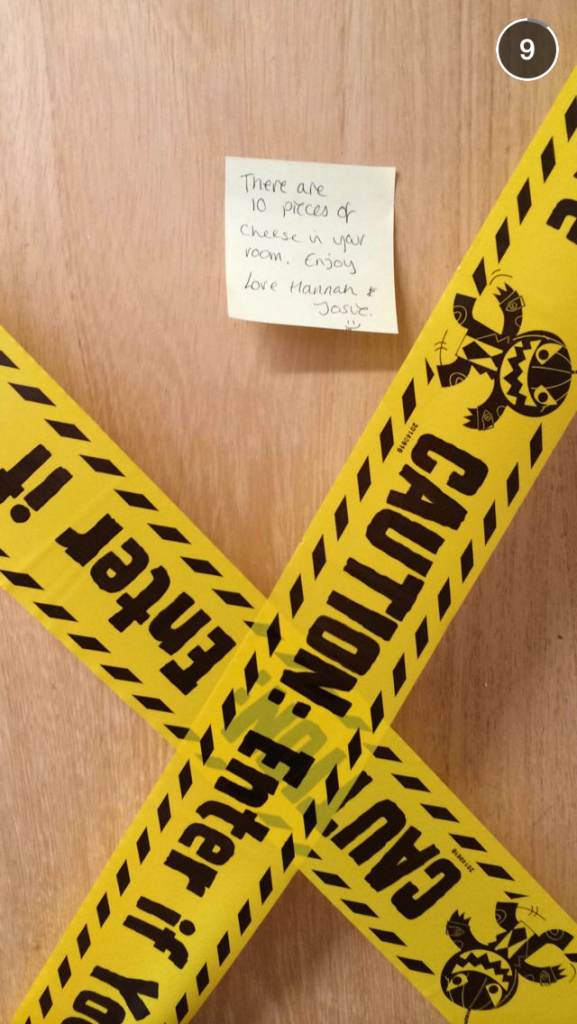 They also put cheese sauce in my shower head. It made me pretty anxious about using my own shower for a while.

It’s often easy to order something that has cheese in without realising it. Take every single panini in Costa for example, or Tesco’s chicken caesar salad sandwiches. The burgers in McDonald’s often tend to have cheese in them too, and I’ve once made the mistake of asking for a “cheeseburger without cheese”.

Ordering starters can get pretty stressful. It’s normally not included on the menu whether your olives are sprinkled with feta, or if your meatballs are stuffed with mozzarella. This means that you have to check with the waiting staff whether any of the courses contain cheese, which always turns into a bit of a fiasco as they don’t usually know.

One of the worst things about Turophobia is having to constantly explain yourself to everyone, encounters with other people that dislike cheese are incredibly rare. The amount of times I’ve heard “how can you not like cheese?” are countless. Stop secretly judging me with your looks of disapproval.

I can’t help it, so keep your pressed milk curds away from me. I gouda think of nothing worse than cheese, so brie nice and respect my phobia. Please.