The undeniable differences between UWE and Bristol Uni

Let’s embrace each others differences

It'd be an understatement to say the rivalry between Bristol University and UWE is pretty minimal.

Both UWE and UoB have massive student intakes each year and being in the heart of the city means it is pretty much inevitable that you're going to encounter at least one student from the opposite uni, brandishing well prepared arguments as to why their chosen uni is better.

Here is a comprehensive list of those arguments, compiled so you lovely readers can make the decision yourselves.

First and foremost, post-night out food

After the horrifying news that UWE's absolute fave takeaway had caught fire, you could hear UWE students across Bristol grieving. (Even tho its fine and open again now). Fair, anything tastes delicious when you're smashed but MAN, the Grecian delivers.

Ahhhhhhhh Taka Taka, a true gem. A pitta wrap, in which they put a fuck tonne of sauce, meat, halloumi and oh yeah, CHIPS, is exactly what Bristol students need after a long night of dancing to shitty music and pulling at Lola Lo's. 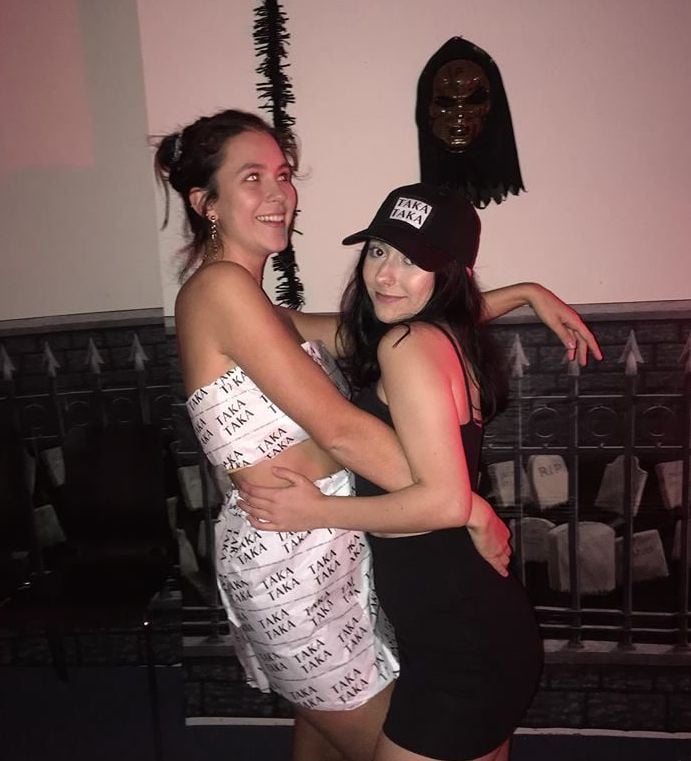 They love it so much they even dress up as it

This article names the most popular drugs at UK Unis. However, even without this, it's pretty clear to any student in Bristol which drugs are preferred and by who. UWE is right at the top of the lists for pills, MDMA and laughing gas, but Bristol is actually high up too, and second in the tables for a lil bit of regretamine.

Every girl owns that same green puffer coat from Urban Outfitters. They rock about campus in their more expensive but still 'edgy' clothing, pretending they got their garms from a charity shop when they're actually from Depop. “Who’d actually want to buy clothes from a charity store? They smell funny and moth holes aren't a good look."

Their pristine, stainless Fila jumper that they insist was bought at the vintage kilo sale? Urban Outfitters mate.

UWE: "Someone died in it" vintage

Their clothes actually are from charity shops. No outfit for a night out is complete without scuffed up, dirty Air Forces, and rings on all fingers are a requirement. Don't even get me started on the dress sense on Bower Ashton Campus. 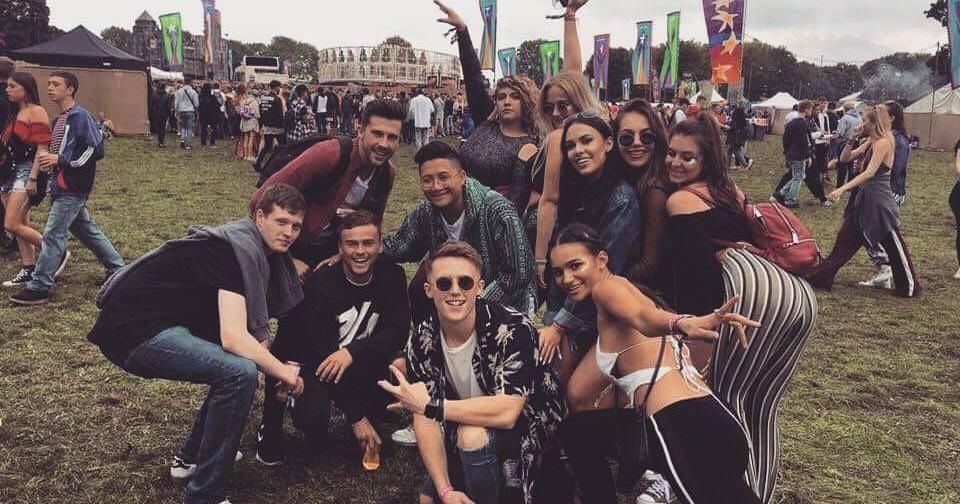 Most Bristol Uni students tend to congregate in Redland, Cotham and Whiteladies Road. They obvs like to be near Clifton because it's posh like them. Though they argue it’s only because it’s closer to uni, in reality we know it’s because predominantly, there’s not much to do up there. A bit lacklustre. Can’t have any distractions before a 9am. Also, conveniently enough, the only Waitrose in town is situated in the heart of Clifton Triangle. 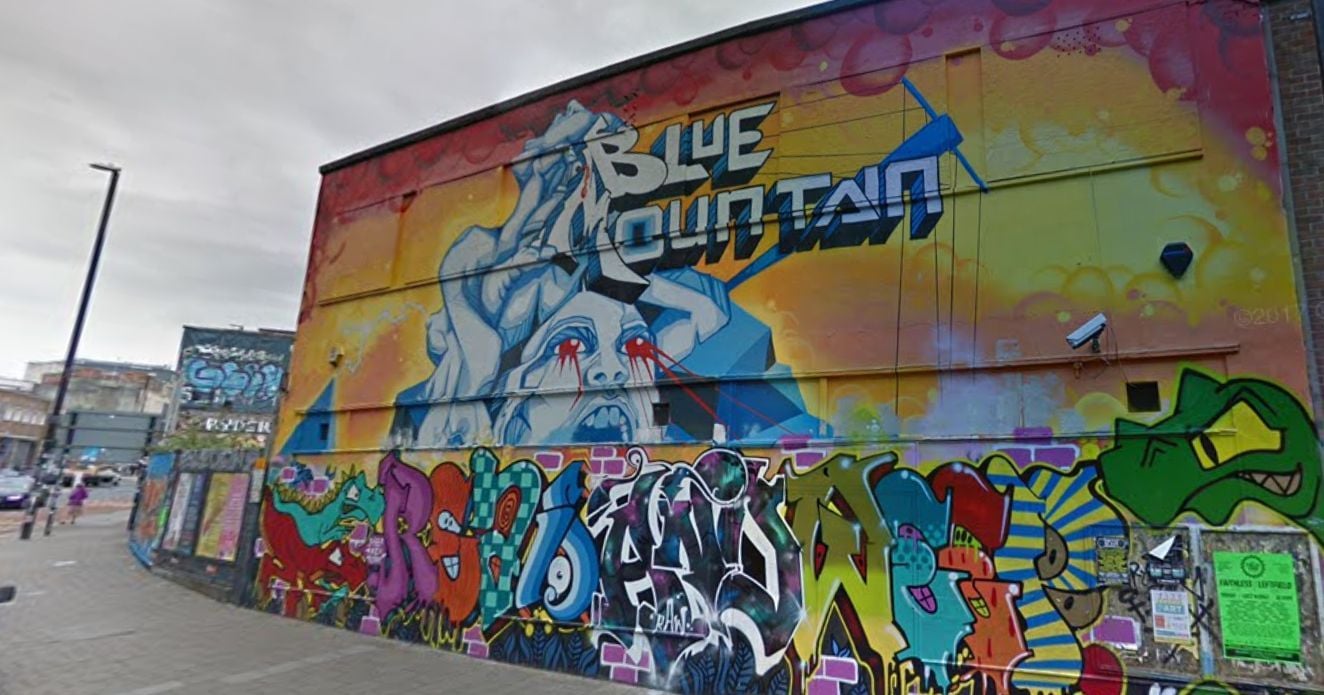 Gloucester Road and the surrounding areas. Its very edgy and alternative and a bit grubby. Being near-ish some of their fave places, e.g. Lakota and Blue Mountain is a huge plus, as well as being near some of the organic and vegan food shops. (But still close to chicken shops for after nights out).

Pams, Gravity (still referred to as Bunkah by the veterans) Lola Los, Lizard Lounge, SWX. Mostly anywhere that’s up by Clifton Triangle. Stokes Croft would be a ghastly sight for most, however some of the edgier, more daring ones cross the centre over to Stokes Croft for a raucous night at Lakota, some may even venture all the way to Motion. How very naughty.

Blue Mountain, Lakota, MOTION, Love Inn. The list is extensive. UWE students tend to be a bit more diverse in their music tastes, extending their interests beyond just D&B and techno to stuff that is a little bit better. 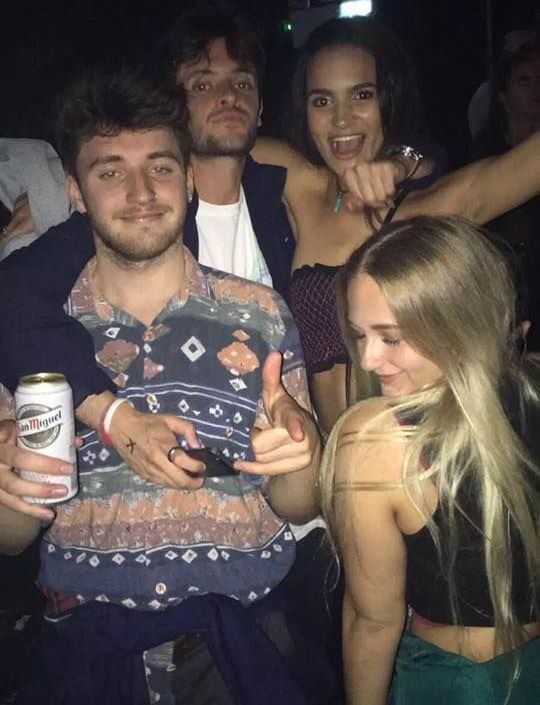 Located in Stoke Bishop, there is a large cluster of halls. Some self catered, some catered, but all very posh. Bristol students thrive here in their first year, as they’re slowly being exposed to life outside of public school protocol, gently easing them in. Even visually comparing Bristol vs. UWE halls displays a plethora of differences. Says a lot, really…

If they’re not living in Stoke Bishop, they’ll be living in the handful of halls nearer to campus such as Goldney, Clifton Hill House, The Hawthornes, Unite House etc.

For the people who actually rather enjoy a night out in Bristol, the city centre halls are top on their accommodation list. Marketgate and Phoenix Court, Nelson and Drake, Blenheim. The famous Mgate is the best of the best. Did you know a couple of years ago, a flat hosted a legendary party with its own snapchat filter?

Chilly morning on campus. Picture taken from the Level 6 terrace of the Bristol Business School ❄️?❄️

A post shared by UWE Bristol Business School (@uwebristolbusinessschool) on Nov 17, 2017 at 1:08am PST