This month Lancaster students have noticed an increased police presence on campus. Police have been spotted in multiple locations, including both County and Grizedale townhouses and Bowland and Fylde flats.

Last month 80 students were found to have breached lockdown rules by hosting a house party in a campus townhouse. Police have been visiting halls to remind students of Covid guidelines and warn them of potential penalties. They handed out lists of “key messages” to students, including the message that they could be issued large fines of £10,000 for “significant gatherings” which could lead to arrests. 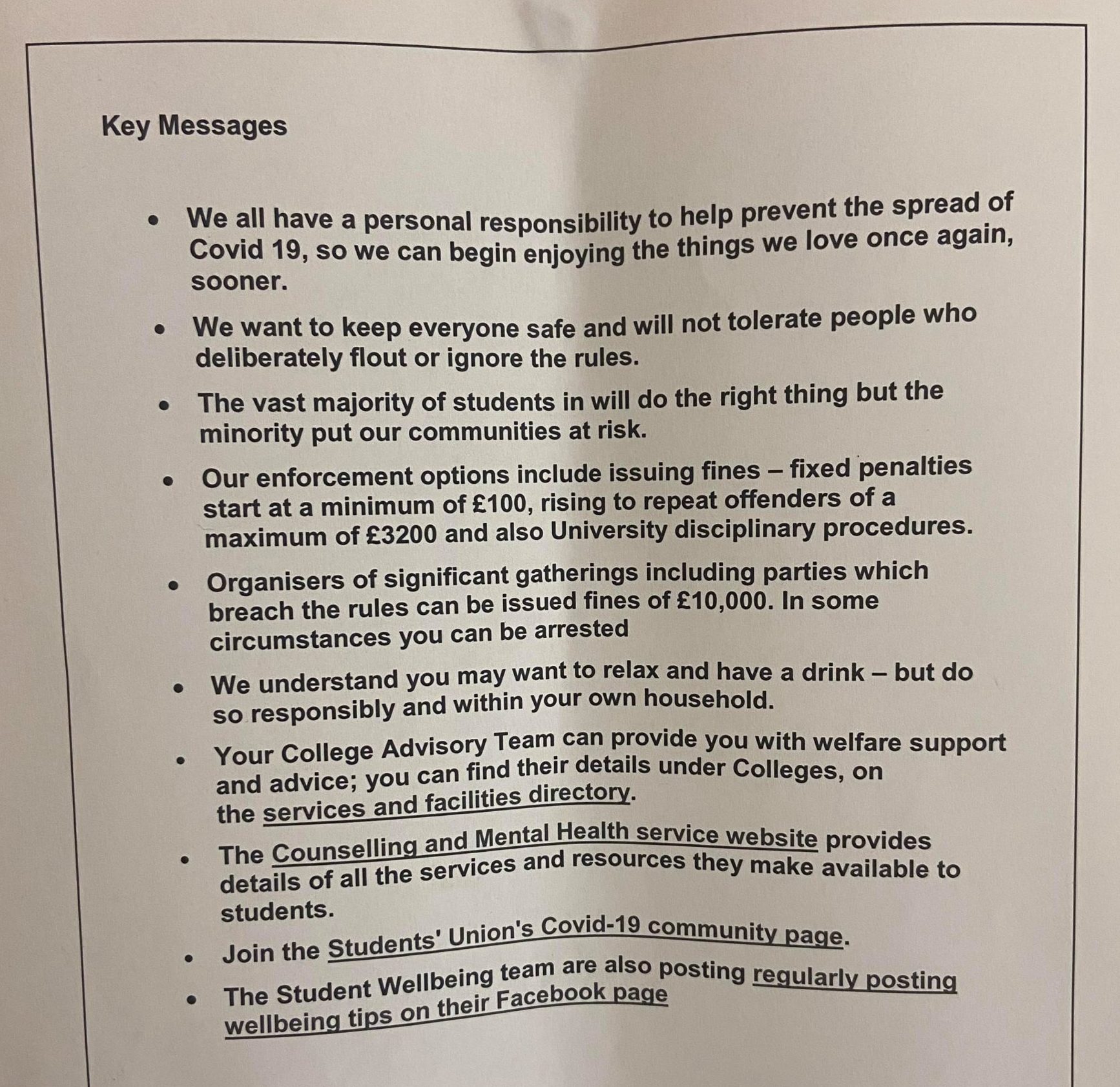 However, some students have voiced their concerns to The Lancaster Tab about the recent numbers of police on campus. One student claimed police entered their accommodation halls and kitchens without knocking. “My flatmate said he was in the kitchen, and three of them walked in”, the student told The Lancaster Tab.

Another student told The Lancaster Tab: “My boyfriend lives in a townhouse just down the street from me, and police just came straight into their house no knocking or anything and handed them the same [key messages].”

The university responded that police are not issued with keys to student accommodation and would not enter any property unannounced unless they respond to a specific emergency or reports of a Covid-related breach such as a large gathering. Additionally, they pointed out that their Accommodation Terms and Conditions include the right for staff to carry out spot checks where there is “reasonable suspicion” of a breach of the rules.

Students explained that police were only present in communal areas, did not enter student bedrooms and were wearing masks. James Martin from the Lancashire Police clarified that visits “did not involve entry to any private premises”, adding “it did involve speaking to students within the accommodation blocks, as during lockdown, this is where we would actually find the very people we wished to engage with. Police do not have any access keys or rights of entry outside of these provided for in law. Every police attendance at the university is logged and updated by the officers attending, so police do hold records on every time we have attended and the outcome of such visits.” 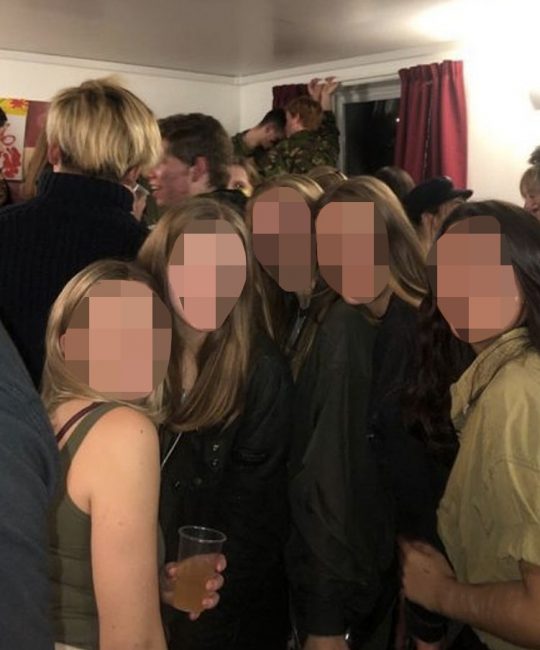 The Lancaster Tab only received student reports of police entering specific accommodation buildings. Those mentioned included townhouses and bottom floor Bowland flats. Students told The Lancaster Tab they felt they were being unfairly targeted because they lived on ground floor flats. The students we spoke to had received no prior noise complaints or reports of breaking lockdown rules. Due to the inspections taking place on a Friday, some were drinking and socialising as a household but urged that they had no intentions of inviting over neighbouring students. One student stated that they found the situation “quite odd”. They went on: “We’ve never been caught breaking the rules. We are a close townhouse and usually party on a Friday night as a flat, so we were quite offended that we got the notice.”

A university spokesperson said: “The vast majority of Lancaster students understand the importance of the social distancing regulations and are doing all they can to keep one another safe, and as a university, we want to pass on our thanks. As time goes on, we recognise that some students may find it increasingly difficult to abide by the national restrictions– but it is vitally important that we all do so if we are to keep our infection rates low and work towards returning to normal.” 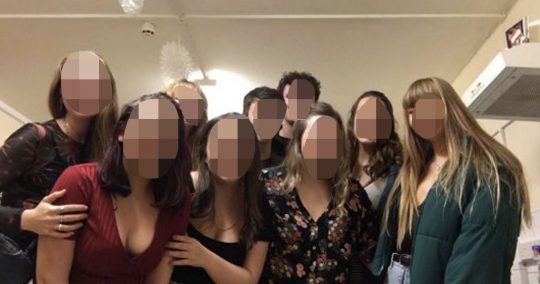 They continued: “Students may also have been aware of an increased Community Police presence on campus recently: the Police are working closely in partnership with us and are keen to assist the University in ensuring everybody’s safety by supporting the current government regulations. The focus is on proactive engagement with students to ensure everyone fully understands and keeps to the rules, avoiding the need for police enforcement action.”

James Martin from the Lancashire Police clarified further concerns made by Lancaster students. He explained that police presence was for the most part as a result of calls due to guideline breaches: “During lockdown, police have seen a rise in calls for service to the campus regarding lockdown breaches, specifically with regards to the accommodation blocks. This is not unique to the campus, as police have experienced an increasing number of calls for service regarding Covid-19 lockdown breaches within the wider communities of Lancaster and Morecambe. Police have a duty to respond to these calls for service and investigate matters as reported.

“To assist the university and to reduce calls for service to the location, a Local Policing initiative was put in place, in conjunction with the university, whereby Community Support Officers, alongside campus staff, were deployed in an around the campus to engage students, explain and encourage them to adhere to the rules. This initiative involved no enforcement, merely engagement. This type of police activity has also been mirrored in the wider community. The initiative was intelligence-led and based on information obtained from a variety of sources. Feedback from students spoken too was good, and most understood and respected the reasons for the initiative.”

‘Women are being assaulted and nothing is being done’: Students feel unsafe on campus

Why the university needs to do more to enhance campus safety

Moments all Lancs students can relate to from the Fearless Singles

To celebrate the first re-recordings release, we dive into the lyrics for Lancs students

Here’s all the Lancs pubs reopening on Monday

‘On top of the moon!’: BAME Students’ Officer Max Kafula on renaming The Sugarhouse

‘Thank you to everyone who signed it and helped make this a success!’

‘I feel elated’: Patrick Ete reacts to the overwhelming support on GoFundMe page

I love being autistic: What it’s like being an autistic student at Lancaster University

There’s still a long way to go on autism acceptance

‘Just give him his degree’: Lancs students react to Patrick Ete’s story

The winner of Lancaster’s Hottest Single 2021 has been crowned

The wait is finally over

‘Unfortunately, I’ll be stepping down with immediate effect…’

‘What’s more iconic to the uni than the ducks?’

The body which funded Patrick’s education collapsed before paying all his fees, leaving him in the lurch

The time has come my dears…It’s time to vote for your life!

‘New summer term timetables will be available on Friday 26 March’

The Sugarhouse is going to be renamed

‘A massive step in the right direction’

It’s getting hot in here x

A definitive list of the college stereotypes at Lancaster University

We asked Lancs students how they feel about their exam timetables