Protesters and audience members started arguing and even punching each other, in a row which was filmed by students inside the Edmond J. Safra lecture theatre. The entire building was then evacuated following the protest.

Attendees also claim that a security guard at the event sustained a head injury after being pushed out of the way during the confusion. 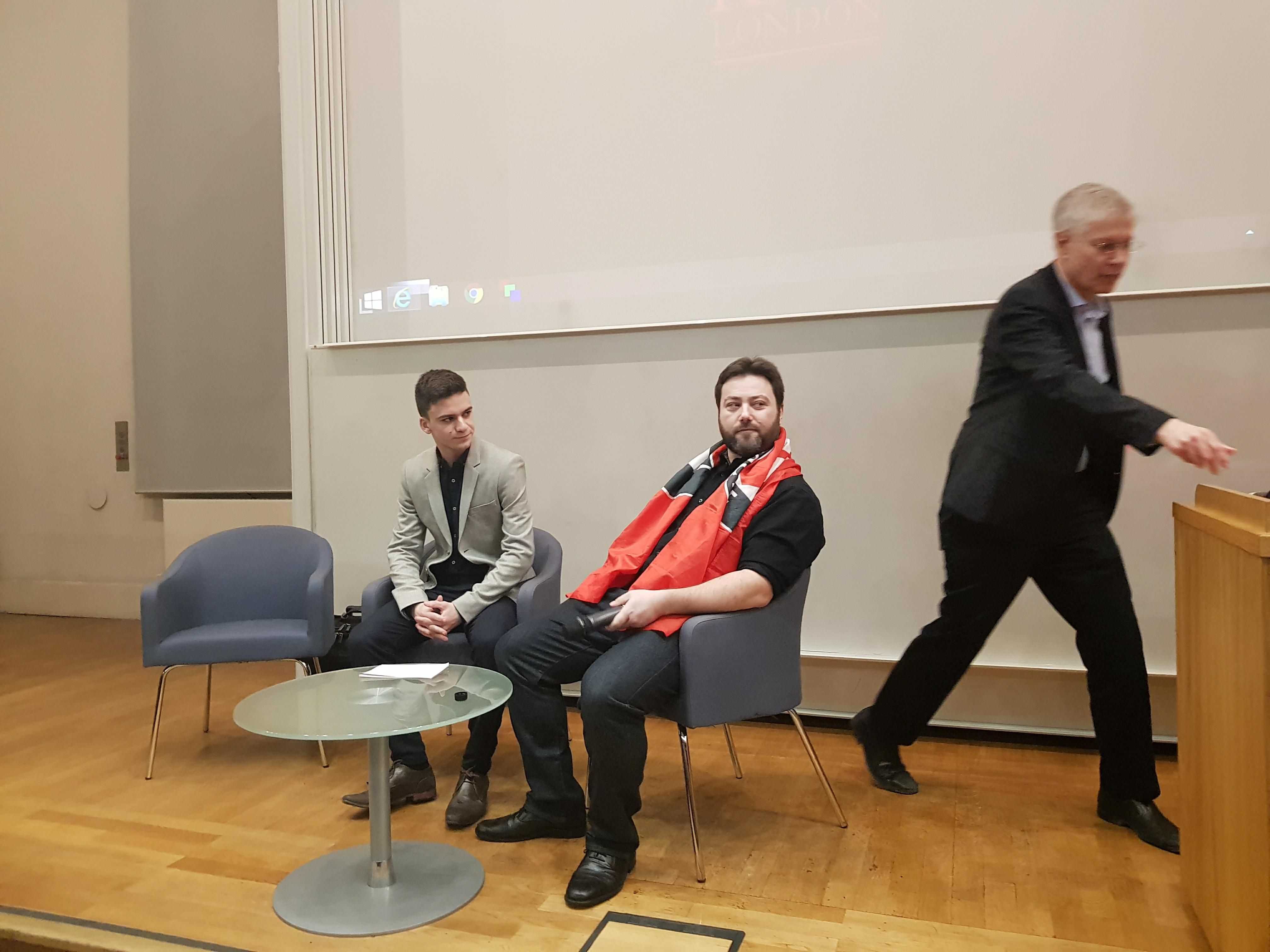 Students have reported broken windows, smoke bombs and flares being set off inside the building, with police and ambulance services escorting people out of the Strand.

Gusta Matthews, a second year English student who was on campus when the protest broke out, has shared her account of the events.

"We were in k0.18 (opposite the Safra Lecture Theatre) rehearsing and could hear shouting in the corridor outside. We looked it the room and could see a crowd of people but saw that the KCL staff were there so we carried on, but we could hear the shouting getting louder and cheering.

"Then the fire alarm went off, we looked out and the staff told us we had to leave. We were shepherded out through the great hall as the corridor towards the strand entrance was full of smoke.

"We went out into the courtyard where we waited to be told what was going on. The final people came out and then there was more shouting and a big group of people with black bandannas around their faces came out. There was a loud bang and the glass in the door smashed. 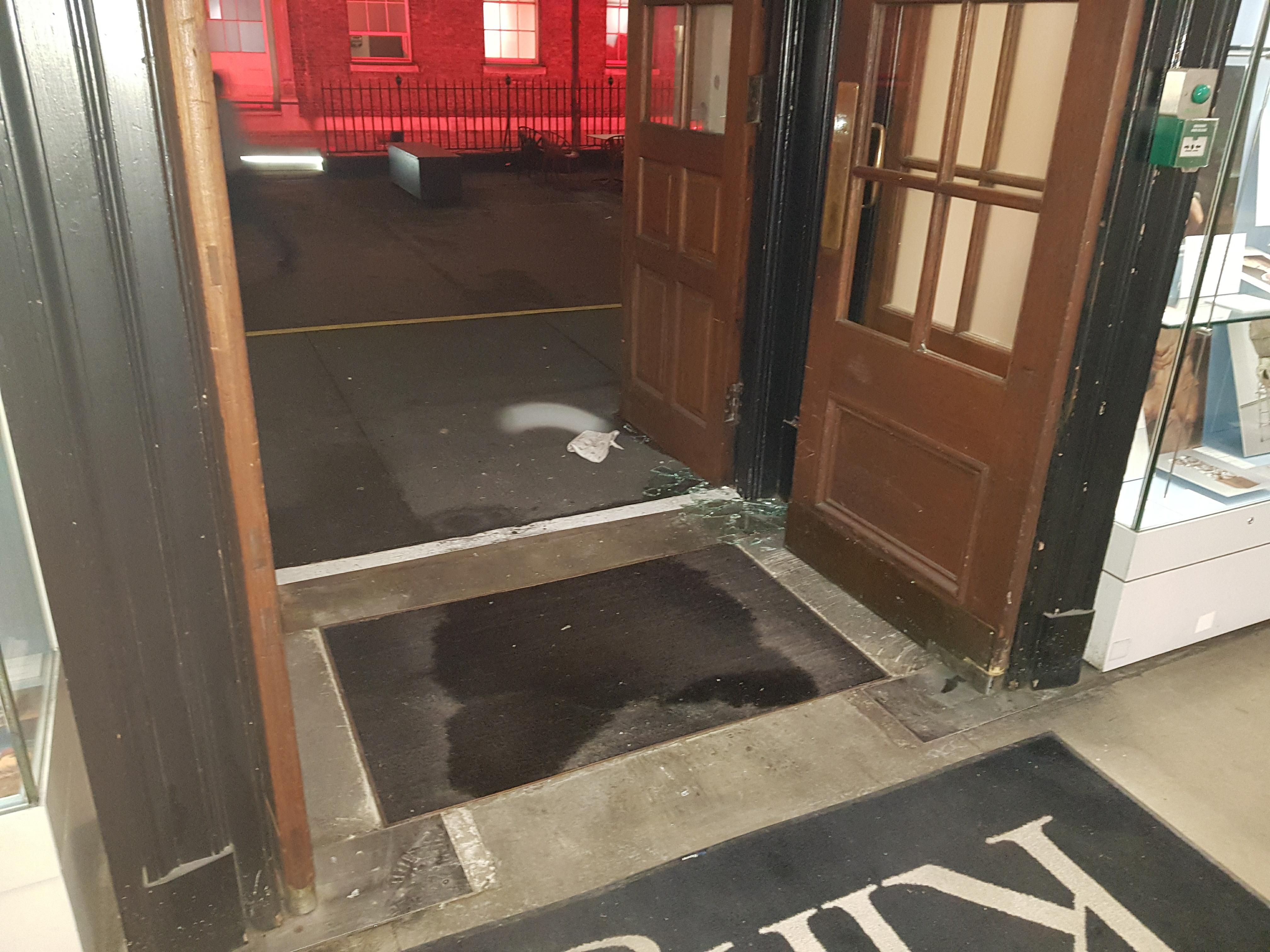 "The group then ran towards the exit into the Waterloo Bridge Terrace. I spoke to a friend afterwards who said that they ran out onto the bridge, and the protestors pushed past them, knocking her over.

"We were waiting in the courtyard and the KCL staff were asking us to step back as there was a bag that had been left and we didn’t know whose it was. We were then shepherded into Somerset house, but still couldn’t work out what was going on. As we were standing outside waiting, various ambulances and police cars pulled up and members of staff were treated."

The protest is believed to have been organised by left-wing group Antifa against the two right-wing speakers, both whom have faced controversy in the past for their anti-feminist and racist views.