A guide for freshers of where to go out in Cardiff

We’ve got you covered

It takes a while to settle into it, but there’s a definite routine here in Cardiff of where to be seen every day of the week. By the end of first year you will wonder if there was ever a time that you didn’t know that there’s no point going anywhere else other than Revs on a Tuesday, or agonised every Monday on whether to go to Glam or Buffalo.

For most of us, we had to pick it up as we went along, but we’ve made the ultimate guide so you don’t have to. 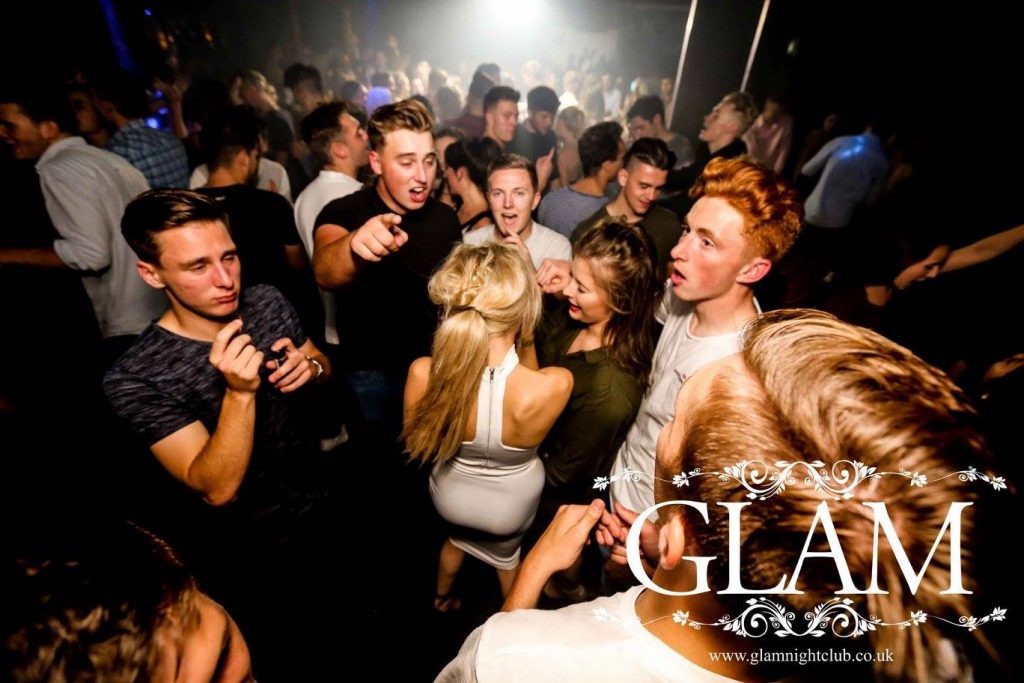 Monday: The Fest at Glam

Now, we all have our favourites, but in my opinion, Bump & Grind is hands down the winner of Monday night. I’ll attempt to be unbiased here though, because both have a good crowd (Buffalo actually sold out 50 Mondays out of 52 last year) and they’ve both got their pros and cons. 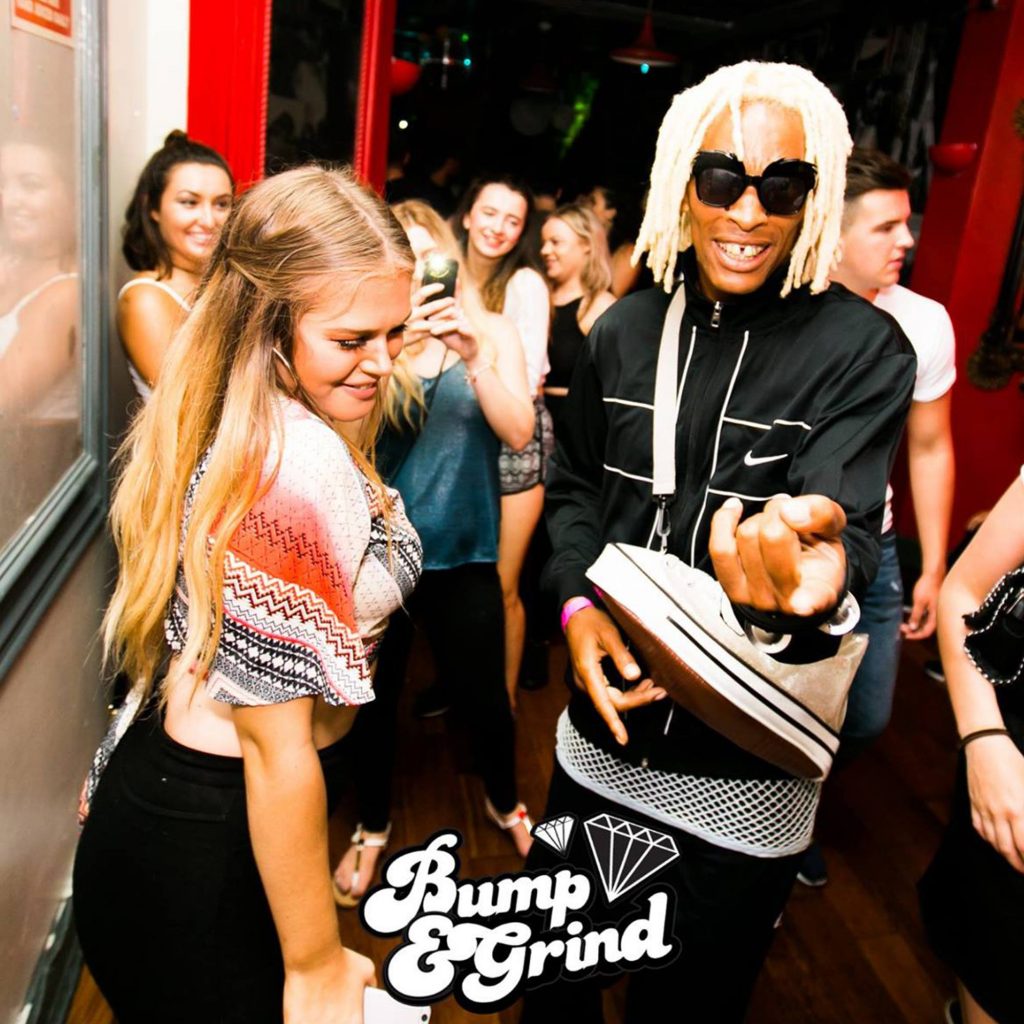 Photo Credit: This is The End Photography

Glam is undoubtedly the cheaper night – you can bag yourself a Jaegerbomb at a mere £1.50 and drink yourself merrily into oblivion without spending all your loan in one night. There’s a couple of music options, and the smoking area is beaut – you’ll definitely be trying to recreate it in your second year house garden, even if you don’t smoke and you don’t have a garden. However, be prepared to lose literally everyone and somehow magically find them again after you’ve given up looking.

Or, Bump & Grind at Buffalo

Bump & Grind is a little pricier, and you’ll want to get there well early to avoid queuing for hours and potentially not getting in because the place is full to capacity. It’s all worth it though, because the place is a mecca of sweaty dancing, classic bangers like R. Kelly and TLC, and tasteful décor. You will also probably bump into Cardiff legend Ninja – if you don’t know who he is then you will learn he’s basically Cardiff’s mascot. 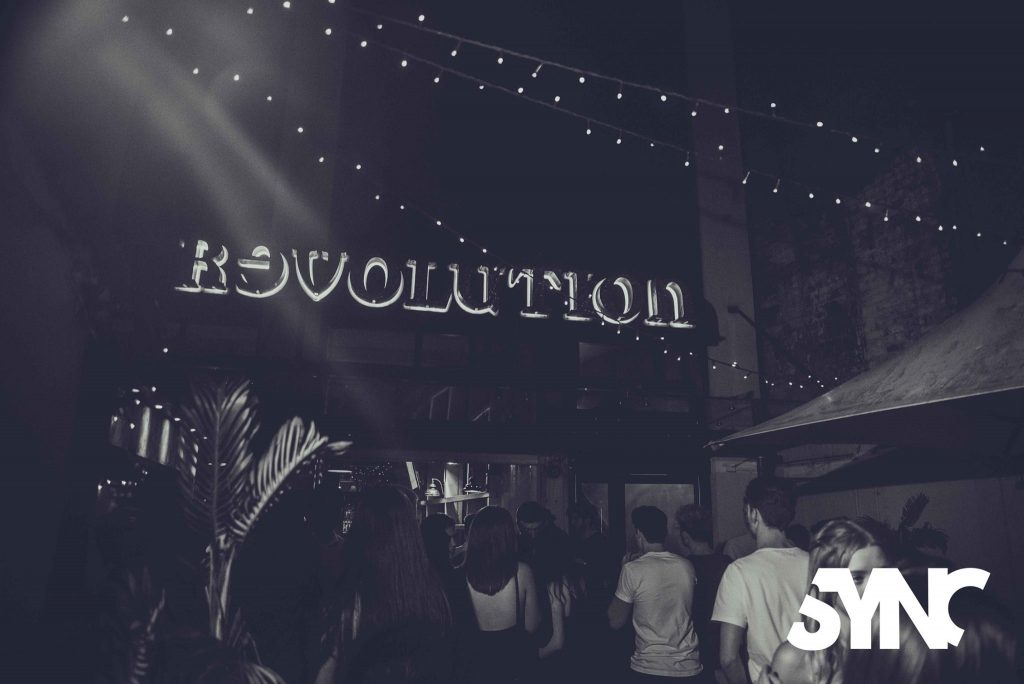 Voted the fittest night in Cardiff for a reason, if you’re on the pull, Tuesdays will be your favourite night of the week. This is not a casual affair; use this opportunity to wear the nice stuff that doesn’t see the light of day all too often and indulge in spending longer than usual getting ready. Another night where the early bird gets the worm – get there after ten and the queue has been known to go all the way down the block so drink up and get there well in time. VIP tickets are worth it here because at the beginning of the night you might actually get served in less than half an hour. My advice is go for the flavoured vodka shot boards. Half of them barely taste like vodka and if you share one between two you’ll get drunk but shouldn’t end up on the floor.

Wednesday: YOLO at the SU, or WTF at Retros 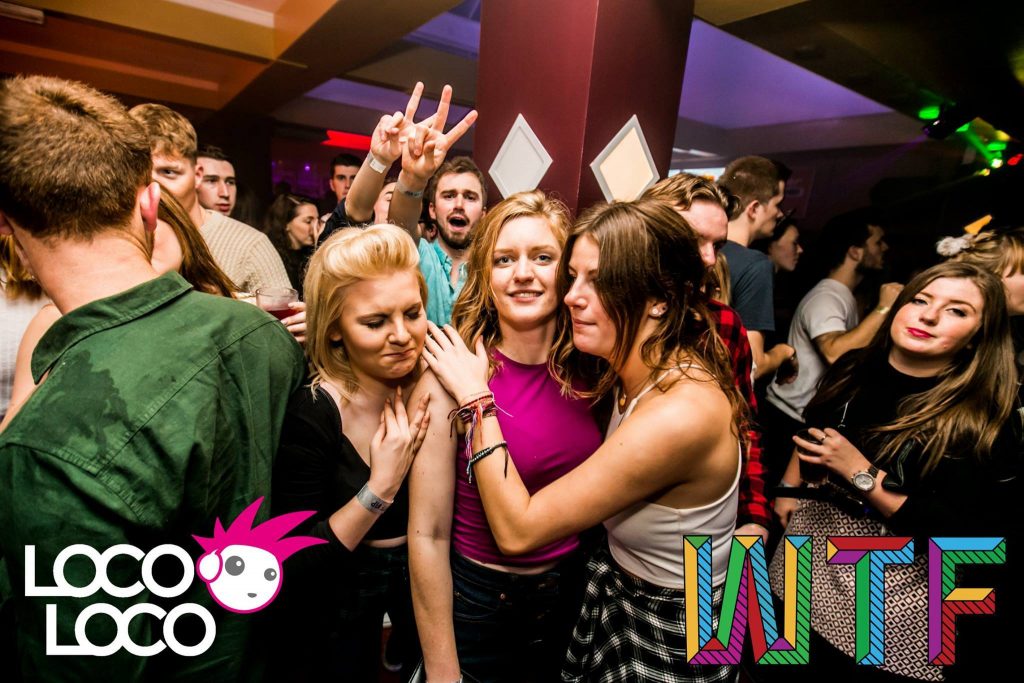 Photo Credit: This is The End Photography

If you join a sport society you pretty much have no choice here, you’re going to the SU dressed as a half-hearted jungle animal whether you like it or not. For civilians, you can either join them in the hopes of pulling a rugby lad who’s still fit despite the fact he’s sweating his bollocks off in a tiger onesie, or head into town in search of one pound shots and drunken sumo wrestling at Retros. To be honest, these nights have a fair bit in common: there’s fancy dress, you have to make sure your laces are tight enough to prevent your shoes being lost to the perpetually sticky floors, and everyone is going to sweat out their entire body weight dancing. The humidity in both is equivalent to the Amazonian rainforest – fact. 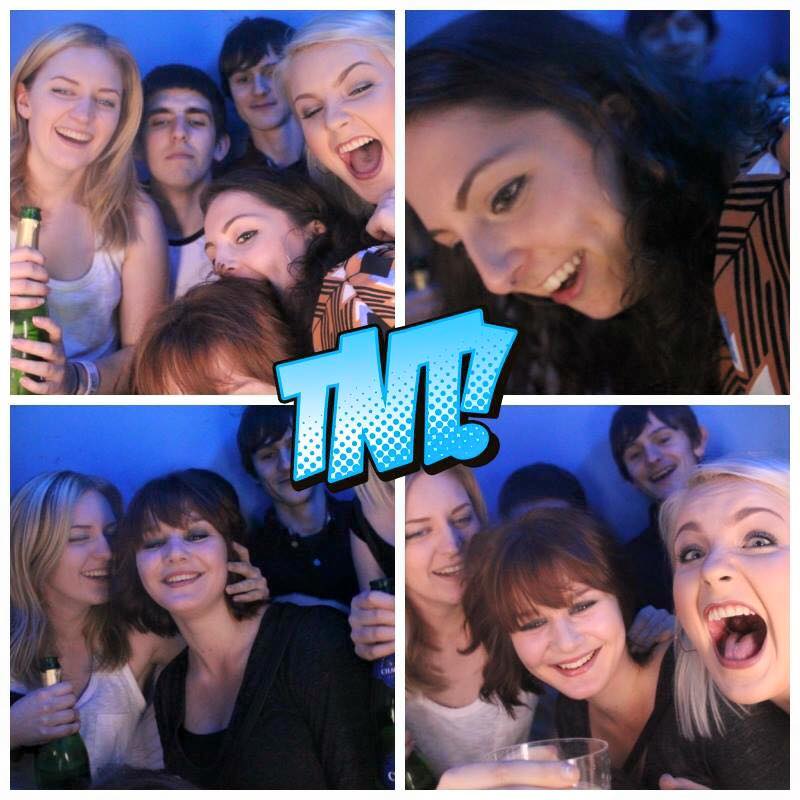 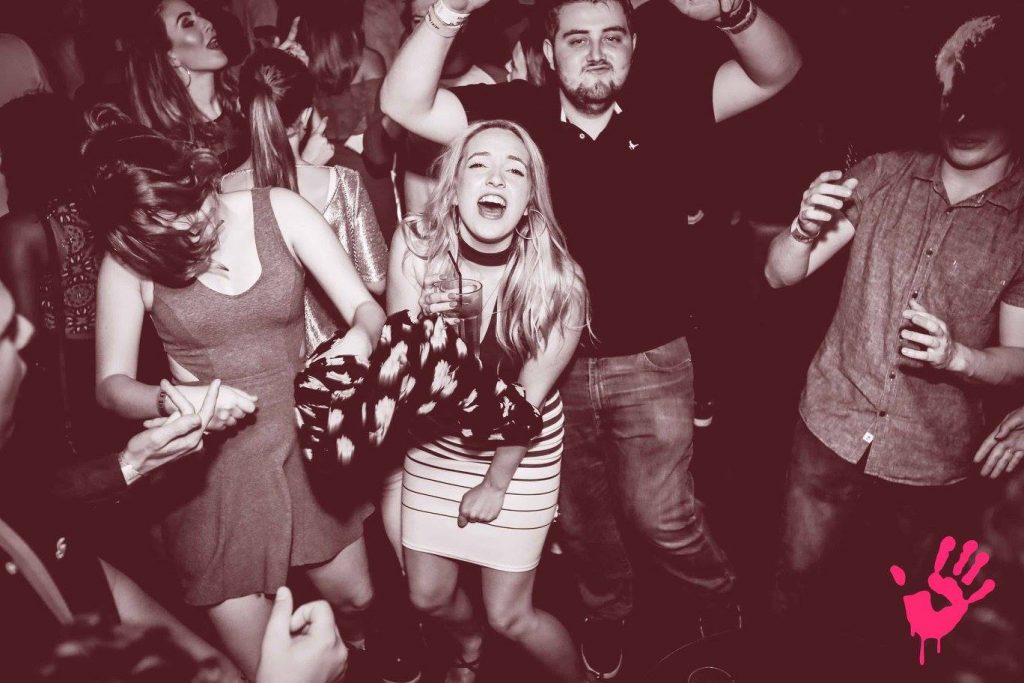 Entering its sixth year, Smack is an institution of its own in Cardiff. Ignore the fact that you might have been here once already this week because Fridays are a different animal entirely. Did I mention the awesome smoking area already? Because it’s really awesome.

Saturday: Juice (formerly known as Flux) at the SU 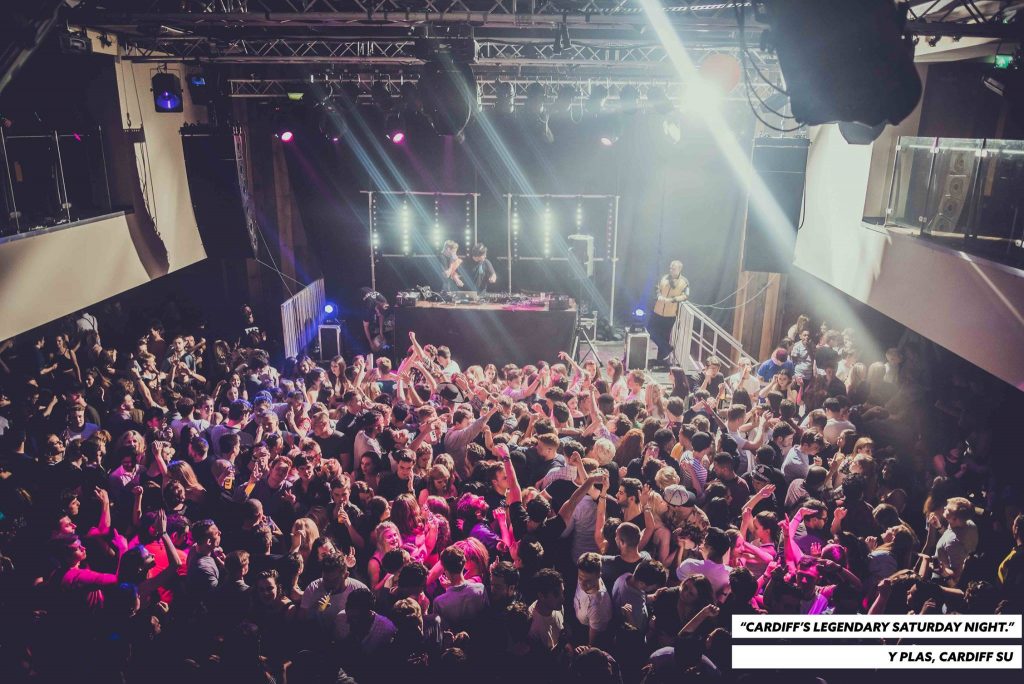 Until recently, Saturday at the SU was home to Flux, which has now been replaced with the name Juice. The name might have changed, but the spirit of it is sure to remain the same. This is the perfect place to bump into course mates, society friends and people you went to school with. It doesn’t matter who they are, they will all be here, drinking VKs and packing in like sardines on the dancefloor. 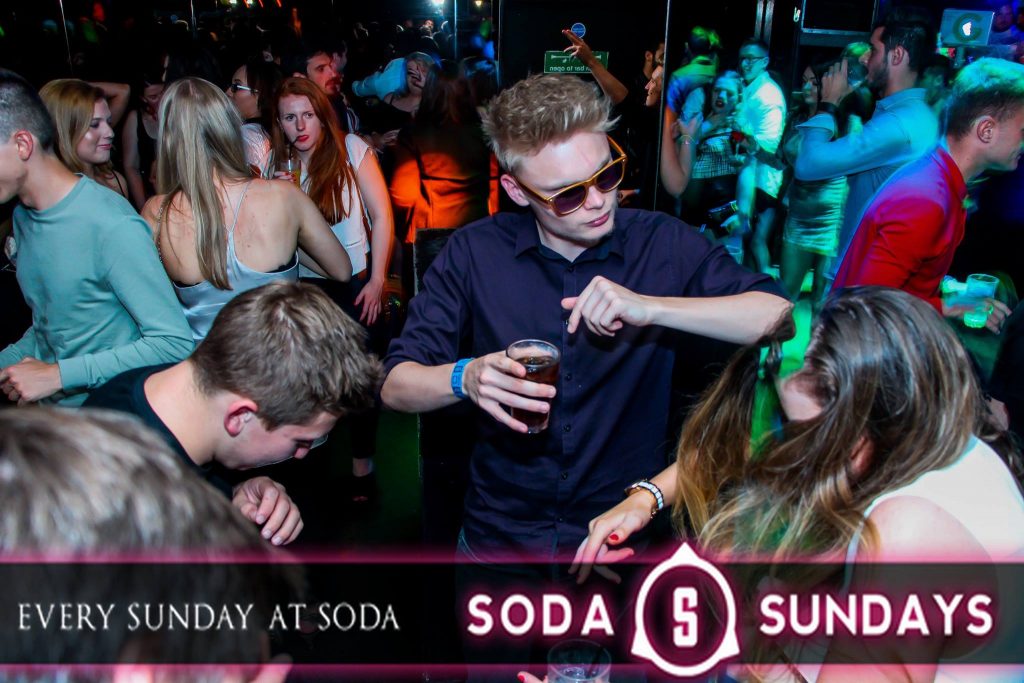 For the believers in the Sunday Sesh, Soda has got you covered. Another chance to dress a little classy but with less of the pressure, particularly on time, this is the perfect place to finish the week in style.

Any day of the week: Live Lounge

Live Lounge is the heart and soul of Cardiff, and don’t let anyone tell you otherwise. You will end up here too many times because halfway into town you’ll remember that it’s free entry, tequila shots are a pound and you are guaranteed to get to scream along to Mr. Brightside at least once.

They are collecting donations outside Locos on 23rd January

‘This has been a difficult time for both staff and students’

The organiser has been reported for breaching Covid regulations

Scaling will occur in cases of ‘unexplained variation’

You will need to have applied for remote study

Cardiff students on Capitol Hill: What do they have to say about the riots?

“Talybont is better at keeping people out than the capitol security”

We spoke with Welsh Education Minister Kirsty Williams: Here’s what we know

‘Young people have had a particularly challenging time’

He died after being released from police custody

If we can’t laugh, we cry

This excludes health and practical based programmes

It could be used to combat COVID-19

Ministers do not see ‘much headroom for change’

A surge of cases caused an immediate lockdown

How Gavin and Stacey characters would react to coronavirus this Christmas

What Christmas Song is your Cardiff halls?

All I want for Christmas is Taly South tbh

nah someone genuinely got a sheep?

What does the Cathays street you live on say about you?