This is what people are wearing for Halloween this year

Another year, another struggle to decide what to wear for Halloween. You've done sexy nurse every year since 2010, and people are starting to notice. There's plenty of outfits that you should definitely steer clear from, especially if you have any respect for yourself, and there's outfits that are just outright offensive – so keep those out of your list of Halloween costume ideas 2018. But what are the outfits people are wearing?

Here's exactly what people are going to be dressing up as for Halloween this year – based on Google Trends data and social media.

Is there anything scarier than being ghosted? Nope there is not – so why not dress up as someone being aired by text. 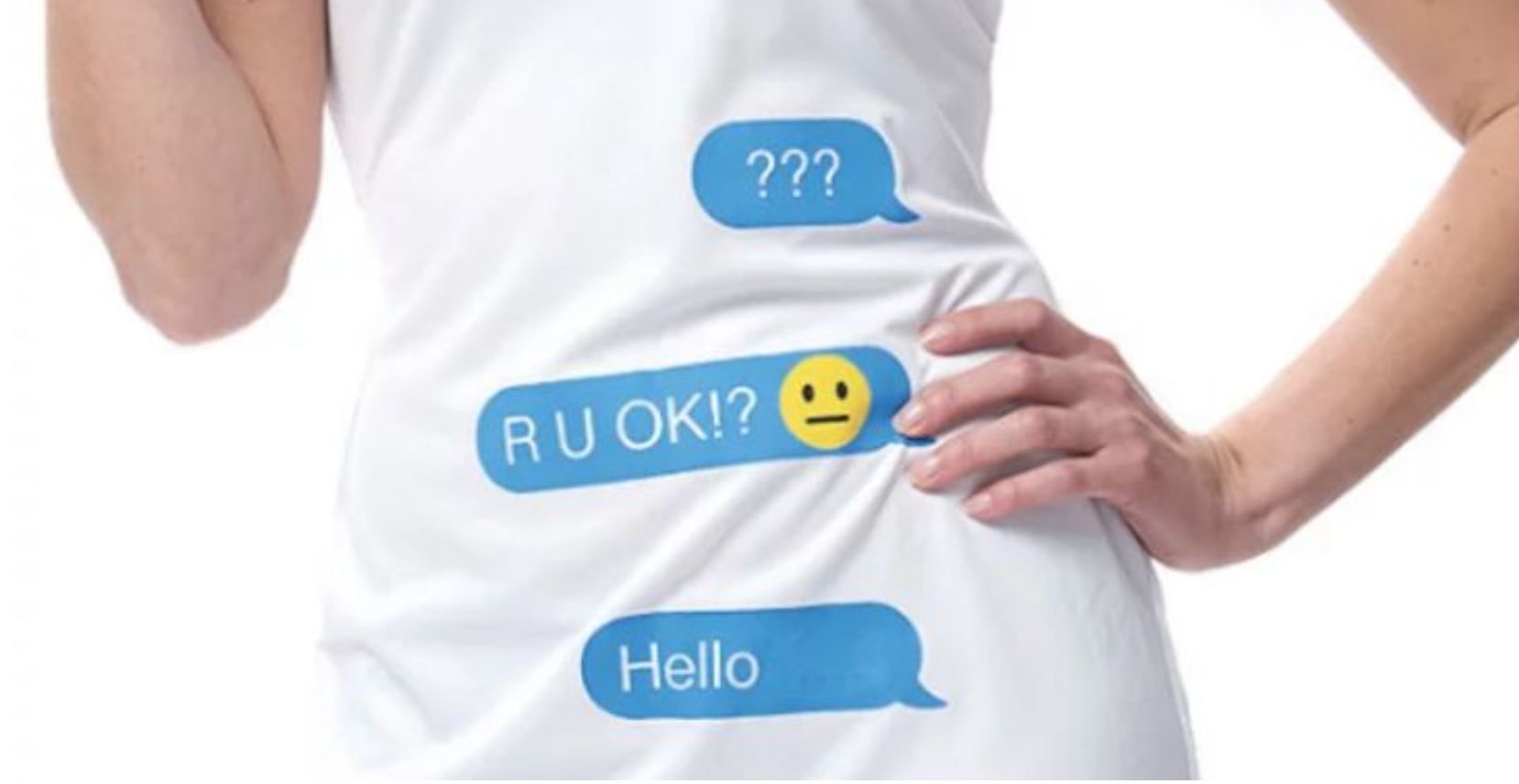 Party City is selling the Womens Ghosted Costume for £18.99.

Phillip Schofield as Game of Thrones

There has been a 500 per cent surge in searches for Phillip Schofield Halloween. Weird, but again might be so people can recreate his Game of Thrones costume from This Morning last year. 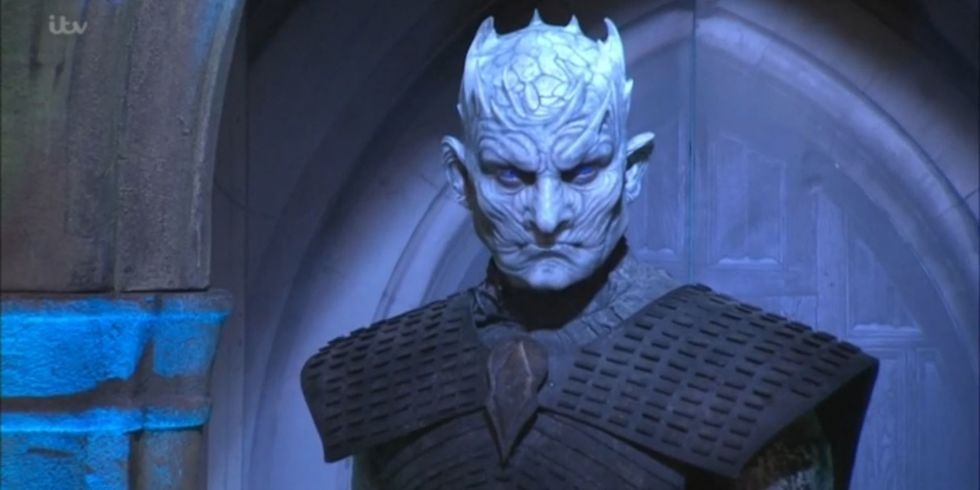 And today in people-will-literally-buy-anything, we have an "influencer" Halloween costume. Yep, if you haven't heard already, Urban Outfitters is selling an "Influencer Halloween Costume Set" – just in case you were short of ideas. 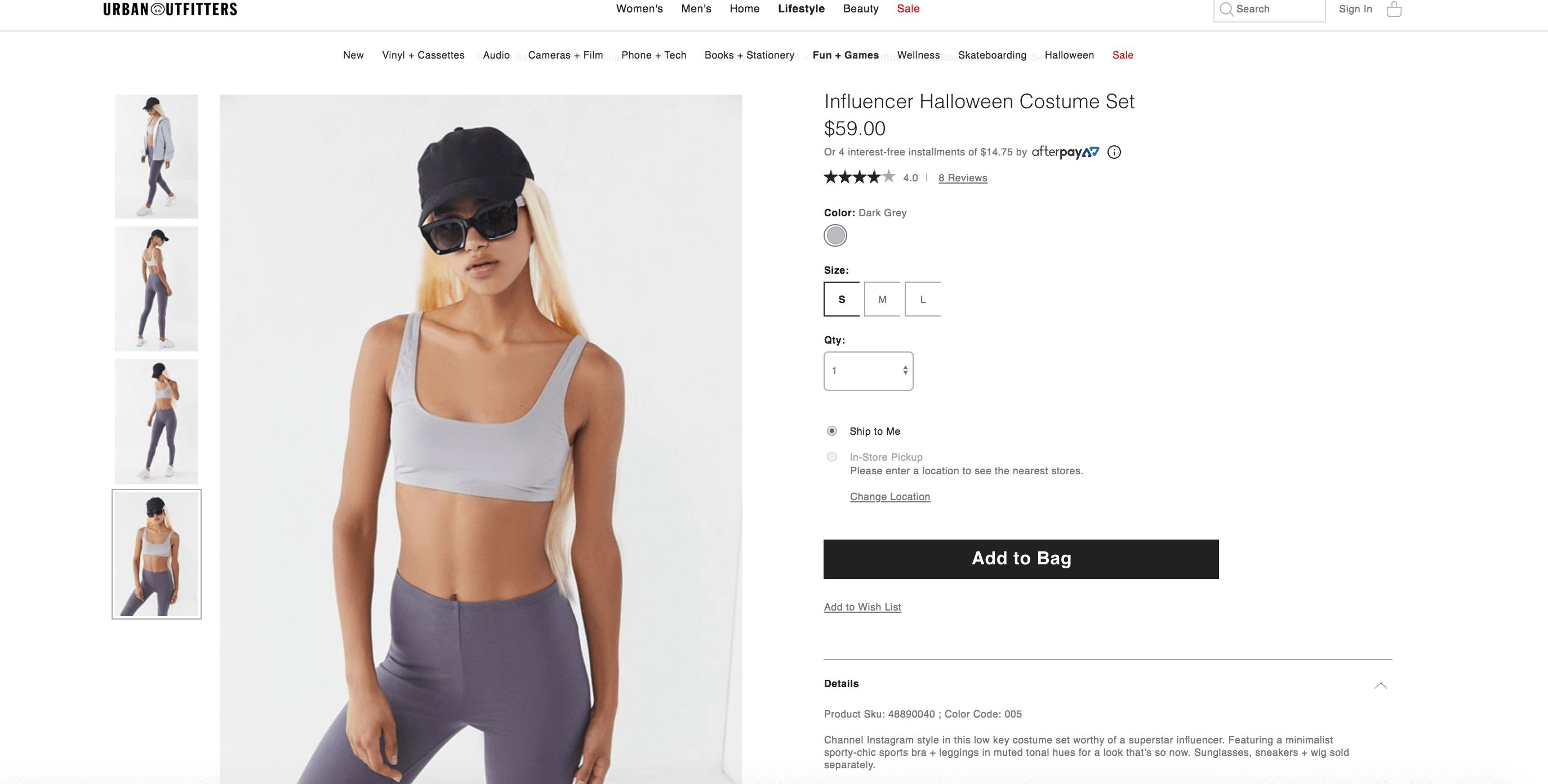 Is this what you'll wear this Halloween?

It's basically a Yeezy Season 6-esque top and leggings, and it definitely isn't scary.

To complete the look it says in the small print the sunglasses, shoes and platinum blonde wig are sold separately – for anyone wanting to go all out.

Urban Outfitters selling “ Influencer” Halloween costume ?? Does it come with 100k followers too?

As the above costume proves, we are in the age of social media influencers. And what comes with influencers? A shit load of makeup tutorials.

Be ready because your Instagram feed is about to filled with Halloween makeup tutorials – and thousands of people up and down the country will try and recreate influencers' looks on Halloween night. On Halloween, everyone is a makeup artist.

This trend will never die. Girls recycle their sexy halloween costumes for years, or splash some blood on any sexy outfit they have and job done. 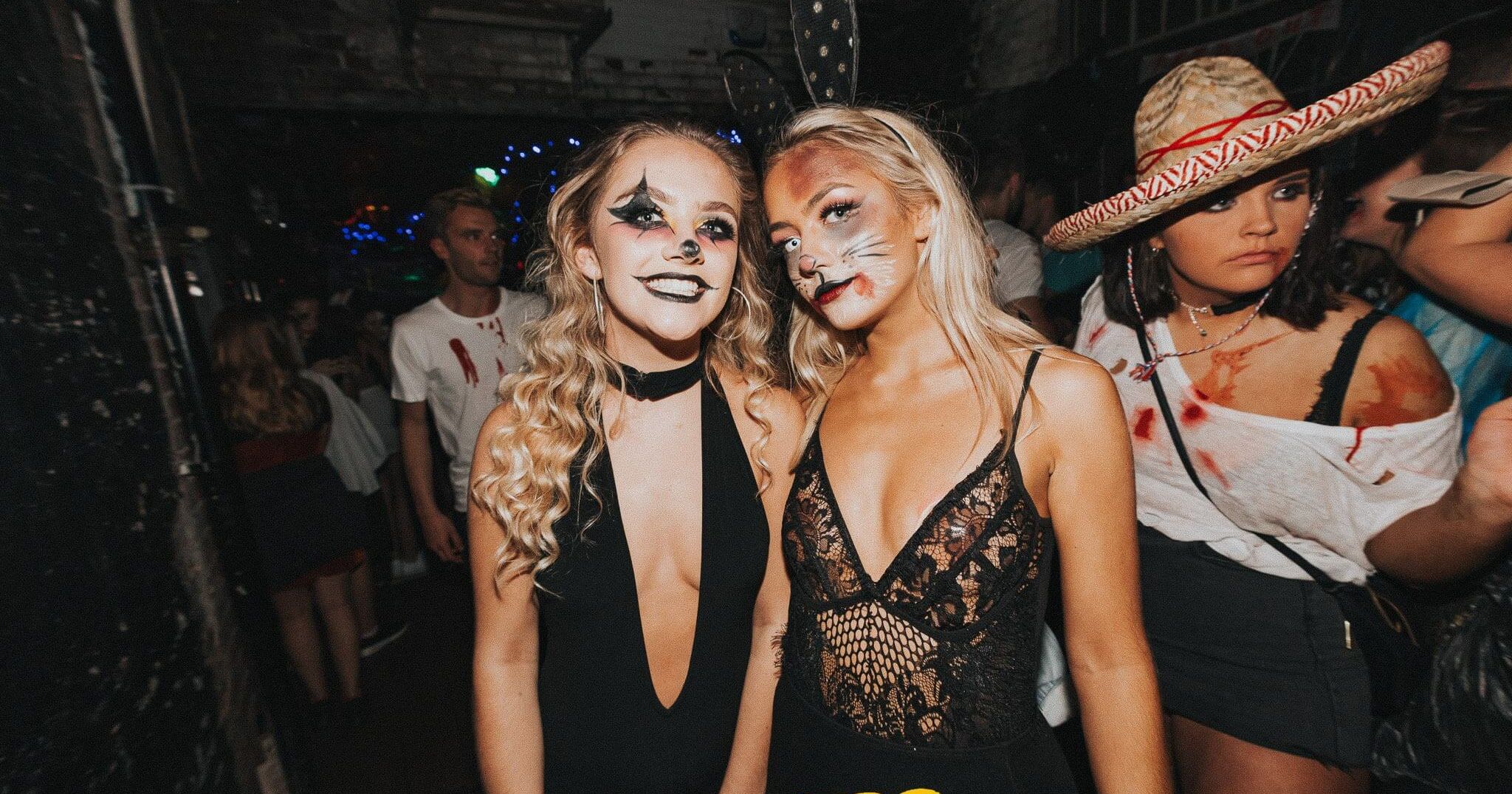 Sexy nun and sexy The Purge are popular choices this year.

There's been a 140 per cent surge in searches for sexy nun halloween costumes, probably because of the film – no trigger warnings necessary. 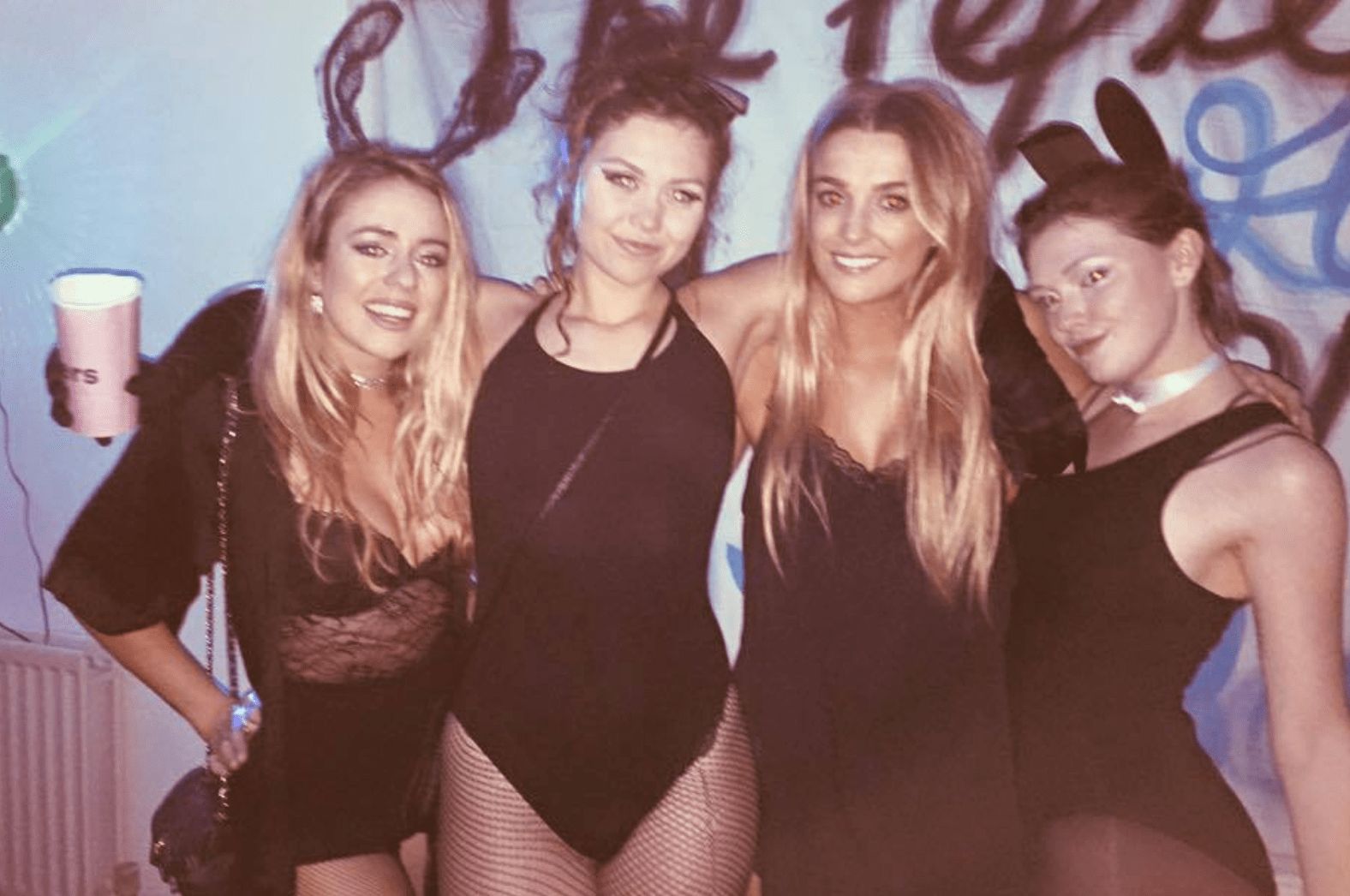 A top choice if you're short of ideas

These girls on Twitter decided to go against the "sexy" halloween trend and instead opt for dressing as a full english.

What other girls go as for Halloween vs what my mates want to go as . No words x pic.twitter.com/IZcK87iR5A

A breakout search on Google Trends is for "David Walliams halloween costume".

Again probably not to dress as the man himself, but because he's known for his controversial costumes.

Post Malone in relation to Halloween costumes is another breakout search query on Google. After a tweet went viral last year of a girl completely nailing dressing up as him, a lot of people are going to recreate. 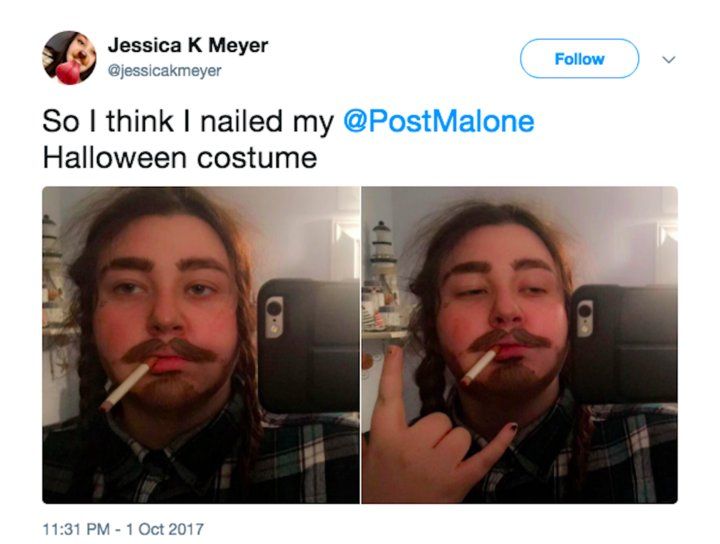 The moth and the lamp meme

It's a viral meme trend, and a jokes idea for a couple's costume.

Stop crying over your student loan and saying you'll "just come to pres because you can't afford to come out" – you can definitely do some of the best Halloween outfits on the cheap.

Here's a full guide to how to do Halloween on a budget, which includes an outfit that literally costs a single pound. 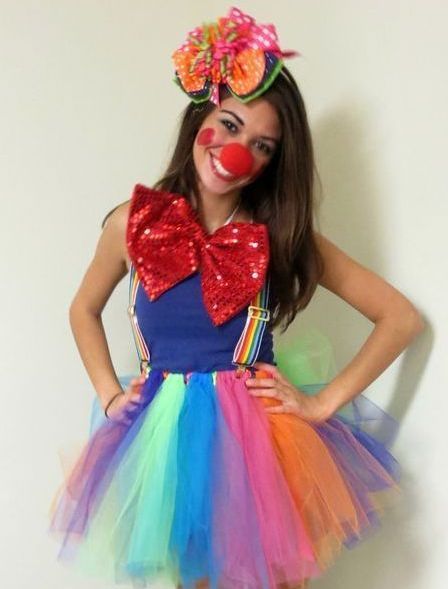 There's been a 4,350 percent surge in searches for Jason Derulo costumes.

Surprisingly this isn't because people want to dress up as him, but instead because he recreated Game of Thrones last year too.

Shout out to @jasonderulo who was the (Night) King of Halloween over the weekend:https://t.co/xKYNZ45bLS pic.twitter.com/eICqKf5hbI

There's been a huge surge in searches for Powerpuff girl costumes – so groups of three you are in luck!!

If Twitter is anything to go by, a lot of people are going to be dressing up as Riverdale characters.

And there are plenty of ways to recreate the looks of the characters, splash some blood on their classic cheerleader outfits and yep, you're a dead Veronica Lodge.

There's always one person who tries to be as offensive as possible. And according to Google Trends data, this year they'll be dressed as either Anne Frank, Madeline McCann or Oscar Pistorius.

It also goes without saying to avoid costumes that are cultural appropriation. Here are some examples of what not to wear.

• The best Halloween costumes for you and your squad

• Prove you’re definitely over him by buying this ‘Ghosted’ costume for Halloween!

• The top five Halloween Drinking Games to get you hammered