Bianca Jagger is to deliver a speech condemning the university for keeping allegations of rape or sexual assault “hushed up, because they don’t want any scandal.”

The former wife of Mick Jagger is to speak at the annual Longford Lecture, focusing on the absence of a serious attitude taken towards female students who make accusations of sexual assault or harassment.

She spoke on the issue of violence towards women at the Oxford Union last month and heard from a number of students about their experiences: “They said these women had a lot of pressure put on them to keep it quiet and there was little they could do. That is outrageous.” 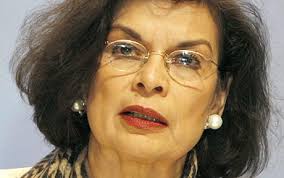 It is said that in the UK, one in seven students has been victim of sexual assault. Of this number, only four percent report it. Bianca called it “a culture of silence…on campuses.”