‘They raped girls of eight or nine’: An interview with a woman who escaped ISIS

Her mother and six brothers were killed

In August of 2014 ISIS fighters invaded Nadia Murad’s village in Sinja, northern Iraq. Six of her brothers were killed instantly.

Then, the women in her family were kidnapped to be trafficked into slavery and forced marriages, regardless of their age. Later her mother was murdered.

This story is part of a much wider tale of the 5,000 Yazidis, a Kurdish minority in Iraq and Nadia’s ethnicity, who were massacred. 6,700 of them were abducted and 90 per cent of the community were displaced when ISIS moved into northern Iraq.

It’s not easy for Nadia to tell her story – that much is obvious when you see her speak and look nervously to the floor. 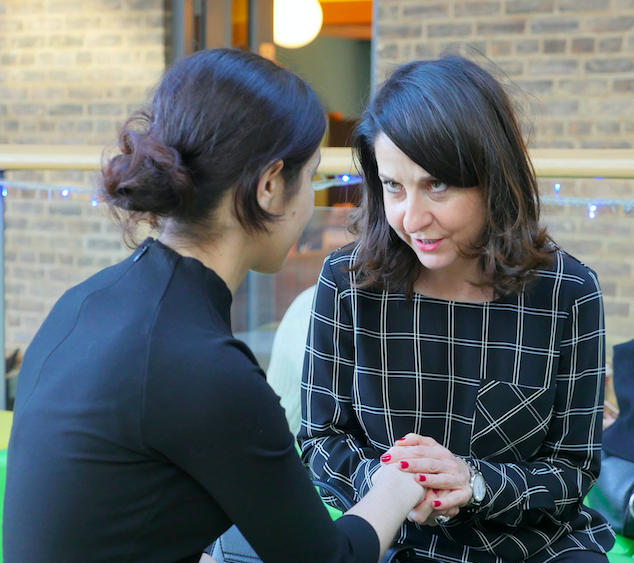 Nadia is 23 – only two years older than me. When we first went into the lecture hall where we were going to talk to her, we thought she was another student waiting for the talk. She had a black dress on, just like one hanging in my wardrobe. She was shorter than all of us and nervously avoided eye contact. But despite the painful memories, she still manages to eloquently tell her experiences.

You probably haven’t heard much about the struggle of the Yazidis. Although ISIS are rapidly being pushed back and loosing territory, there’s been no public hearing against the crimes of ISIS militants, especially those against racial minorities. Instead, ISIS fighters are returning to their home countries, not reprimanded for their crimes and in some cases treated as victims.

She told us: “As one of the hundreds of thousands of victims, I would prefer to be dead instead of seeing those who committed crimes going back to their normal lives as though nothing happened.” 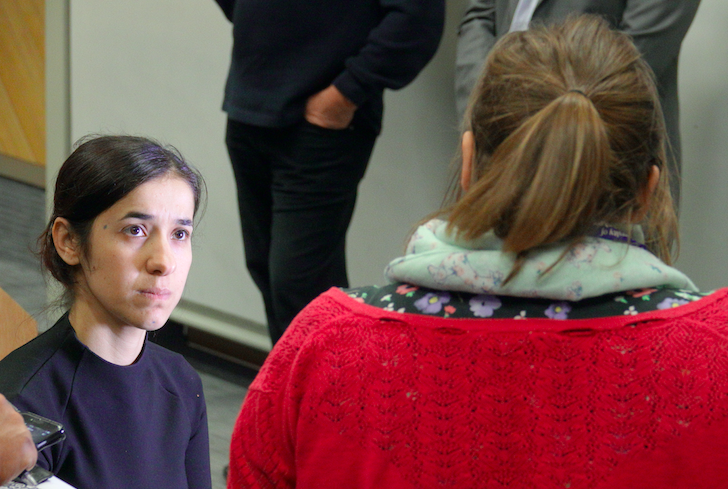 The crimes that IS fighters have committed are vast. When Nadia’s village was captured, men were given the choice to accept Islam or be killed. Adolescent boys were taken away to training centres to be brainwashed. Then, the women and young children who were left were divided into groups depending on their age and gender. They were sold into slavery and trafficked across ISIS controlled areas.

Mass graves of the Yazidi’s are still being found, with the most recent discovered only a week ago.

Nadia was part of the group of women and children taken from her village: “When we were taken to Mosul I saw the hundreds of women who were distributed to IS centres. Those women were used and heinous crimes were committed against them.

“IS raped children – girls of eight or nine. Today we still get photos of the girls who are still being abused.” 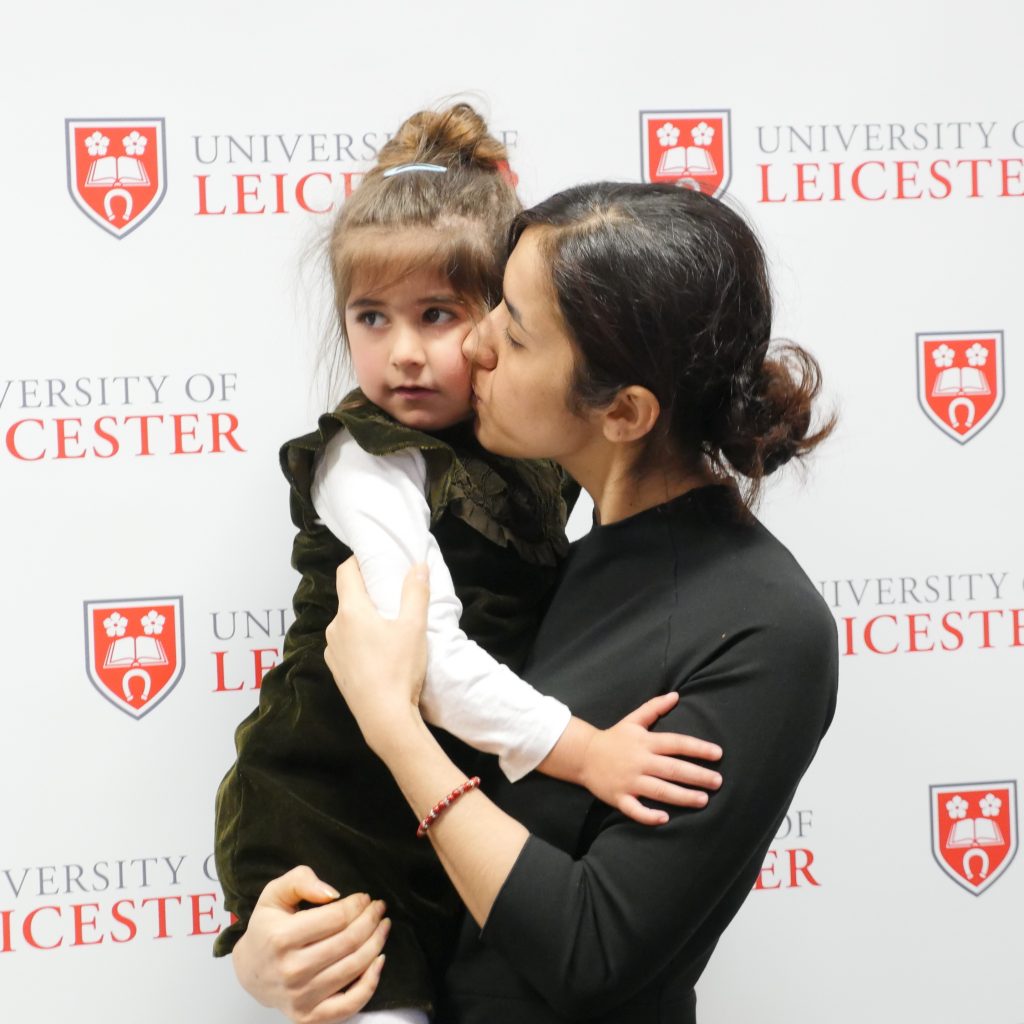 Nadia was liberated after three months in captivity and moved to Germany, but the crimes she suffered continue to happen to other Yazidis. As a survivor, she has testified in front of the UN Security Council about the plight of her people under ISIS control. She’s told her story to countless governments including Canada and has become a leader of the effort to bring ISIS to justice at the International Criminal Court for the crime of genocide in Syria and Iraq with Amal Clooney.

“We have taken this cause to over twenty countries,” said Nadia as her face dropped, “But the governments have not done much. The politicians will not start this: the youth will.”

Right now, there is no single path to justice or investigation on rapes, tortures and murders committed by ISIS. When we asked her what we can do to help her cause, Nadia simply stated “A lot.”

In her words, “Students are important. We need your help to publicise this.”

More than 3,400 Yazidi’s remain in IS captivity and there are still 2,000 scattered across refugee camps, not receiving enough treatment to help them deal with their trauma. These women and children are emotionally scarred and need support in order to continue their future lives with dignity. 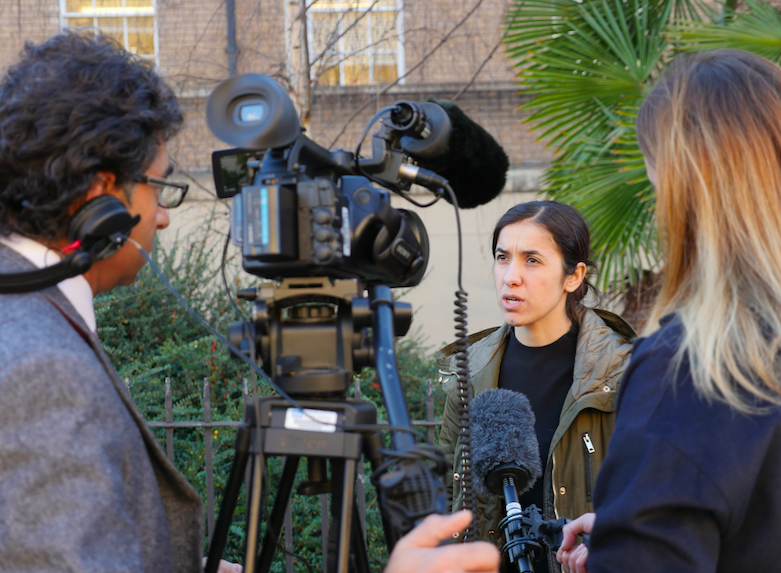