'Angels', a Robbie Williams ballad dedicated to deceased loved ones, chanted by a chorus of young men in matching pastel shirts and chinos like they’re on the terraces of Anfield. Previously bright white high-top Converse now play the role of easel for the beige and grey pallet selection of vomit and social disgrace which line the floors you walk upon. Like cheese and grapes, the smell of social smoke mixed with the sucrose of alcopops provides a sweet and savoury combination to samba through your senses. You may see someone sitting outside in their own spew, wrapped in a tin foil blanket as if they’ve just completed a marathon. I’d argue that the physical and mental turmoil that individual had just been through would make a marathon look like a stroll to Tesco’s. Month old repressed tears, over-priced beers, and memories you’ll attempt to scrub from your brain for the next seven years. This is not the prelude to a Dickensian masterpiece. This is a concise summary of the O2 Academy Leicester.

Subjectively, I would say the O2 is not very good. Objectively, the O2 is definitely not ‘cool’. The irony of heavily sped up and remixed noughties pop songs wears as thin as the hair of some of the club’s longest-standing attendees (myself included). The out of tune screams along to said music induce our hair to thin at a much quicker rate. When I eventually go bald at the age of 27, I have a good mind to take legal action against the O2 to provide compensation to cover the cost of my toupee.

Shabang with the beard gang ? P/s: I just can't grow one to save my life ??

Wednesday nights are the least ‘cool’ evening at the O2, as the societies roll in for Let's Go Party Diskoz or whatever the fuck it's called. If you listen closely this coming Wednesday, you can hear the eyes of a city roll into the backs of their heads, as plastered self-entitled students waltz around in oh so ironically clever togas/neon sportswear/ aforementioned smart-casual chino and M&S comfort fit pastel shirt combo. On entry to the O2, the more senior members of societies often exercise a superiority complex by using the threat of social exile to make freshers see off multiple VK in a quicker time than Usain Bolt’s 100m world record. Unfortunately, this unofficial form of bullying is cyclical, as the freshers who survive this ritual will grow up branded with the same vengeance that inspired their predecessors to inflict such practice. The cycle is believed to date back to Ancient Greece when Aristotle famously told Plato that he’d be a "pussy who smelt of cabbage" if he failed to finish his vase of wine.

I often lose my friends in the O2. It’s either that, or they lose me. On purpose. I can’t really blame them. As you’ve probably gathered by now, I’m not exactly the best company. I also normally get my big ugly face in the middle of any pictures taken, which renders the photographs void when it comes to posting them on the internet. As I shuffle awkwardly through bodies drenched in a cocktail of luminous alcoholic gunk and their own sweat to look for my friends (I do have friends alright, they came to my birthday party and everything), Mr Brightside comes on for the 46th time that evening. Obviously, my first reaction is “fuck this, time for a burger”. I look around and everyone’s singing it in unison, so I get rattier and start to look at the shrapnel in my wallet to see if I’ve got enough change for chips too. Then I look around again, and everyone’s still singing in unison. I become annoyed with myself for finding it quite touching. As I write this, I’m still annoyed with myself that I find it quite touching. 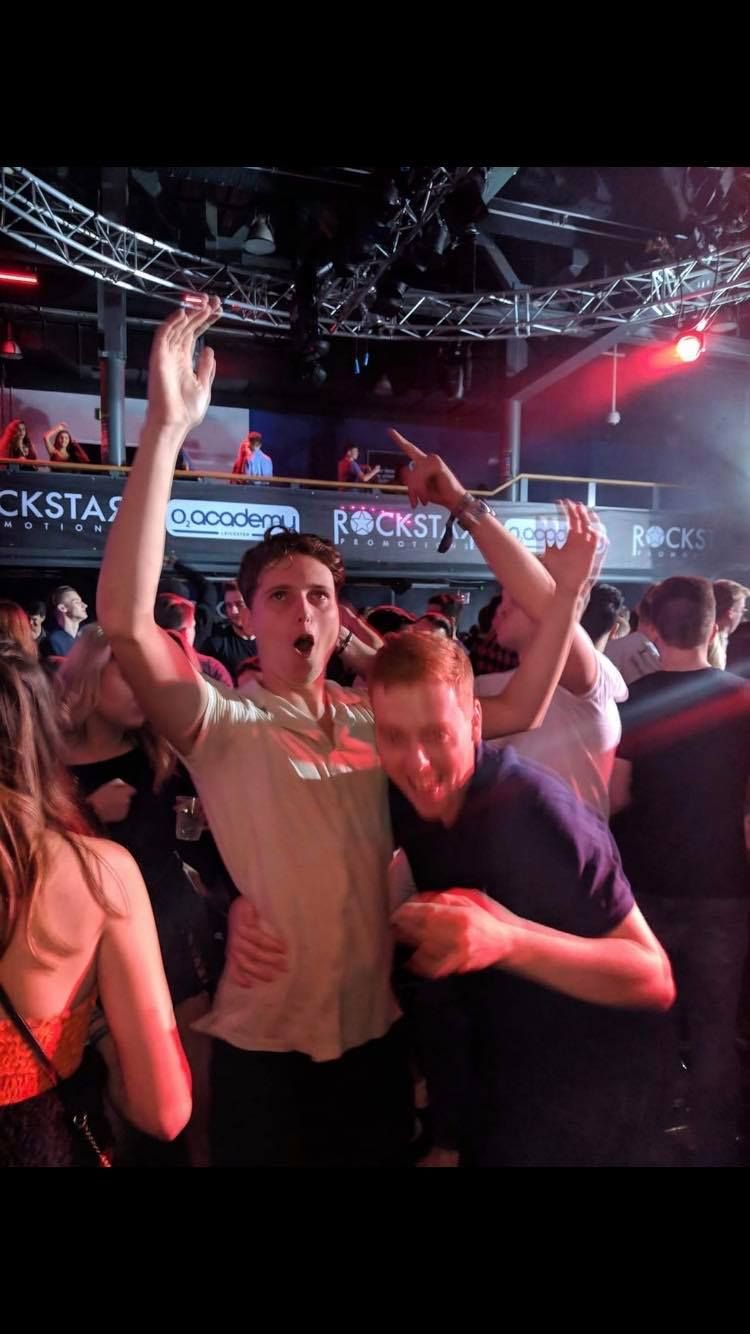 "I guess you have to go right down, before you understand just how, how low, how low a human being can go." – Jarvis Cocker

You see this is the beauty of the O2. As fucking irritating as it is, it’s stupidly unifying. I don’t know many other places you can go to where people will accept screaming 'California Girls' into a strangers face as a term of endearment. The accessibility of the O2 is a massive feather to its bow. British culture relentlessly shoves the idea of university and its social frivolities down our throats from a young age. This leads many students to go to university feeling an immense pressure to ‘enjoy themselves’ by developing a nocturnal sleeping pattern, fuelled only by the supermarket brand energy drinks found in Jägerbombs (the Jäger will probably be supermarket brand too).

If going clubbing or drinking isn’t really your thing, that’s absolutely fine, and shame on those who try to pressure you to feel otherwise. However, a lot of students who lack self-confidence or prior experience will want to try the thrills and Hooch spills of nightlife.

A couple of weeks ago a ‘trendy’ DJ called Sub Focus (I think), did a set at the O2. It felt quite awkward to me. Half of the room was waiting for a singalong with their newly acquired friends. The other half of the room were chewing their chins and drinking Red Stripe, slowly nodding their heads. There are other places in Leicester and the Midlands you can go to see ‘cool’ DJ’s. The idea of introducing quite a niche subculture to the O2 dance floor creates pomp, social hierarchies, and exclusivity. I believe this could be quite intimidating for those who aren’t particularly well versed in social trends. For example; imagine being shy during Freshers' Week and feeling as if you have to pretend you knew Mr Sub Focus’ discography as well as the ins and outs of the drug scene stereotyped to coincide with the genre.

On the other hand, everyone who’s ever been within a 10-metre radius of a radio knows Outkast’s Hey Ya. There’s no door policy on the majority of the music played at the O2. It really is made for the masses. Judging by the size of crowd the O2 manages to draw in twice a week, the masses seem to be enjoying themselves. 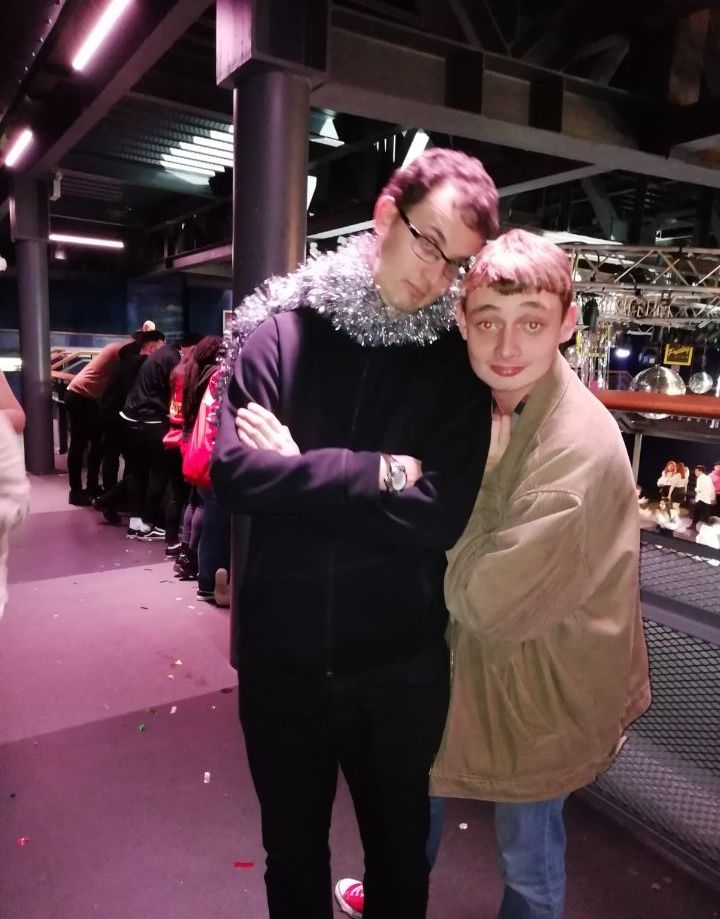 Me and a mate enjoying ourselves at The O2!

The O2 is painfully wonderful in its ability to provide a setting for social interaction. I regularly jump on the smoking area tables if I feel like I’m not getting enough attention. This provides me with a birds-eye view of budding romances, friendships, and people feeling at ease with themselves. No one can claim to be above anyone else once you’re at the O2. This is something I’m cruelly reminded of as I’m dragged off the table by a bouncer who’s probably seen a thousand of my type before.

Dear O2 Academy Leicester, you should remain as nothing more than a universal trial run into a world of hedonism and night-time culture. You somehow allow life altering relationships and emotional catharsis to perversely walk hand in hand with droning Calvin Harris hit singles from 2011. You are awful. Please never change. See you on Friday.

The climate is changing. Can we?

Changing the rhetoric from a rape victim to a force for change. #Karli4Wellbeing

The Leicester lad who biked to Australia

Post-trip flashbacks with Ben Leo Hollis on his big solo journey, joys of spreading awareness, and the kindness of strangers.

How to cope with IBS at university

Another student was branded with ‘I’m a Nazi’

The Leicester Tab is back and we want YOU!

Fancy writing for us?

The note was found in halls

What has been done about Leicester’s gender pay gap?

Here are some top tips to avoid mouldy, messy and mediocre student houses

#RatherBeInLectures signs could be seen all over the University of Leicester

He voted to raise tuition fees back in 2010

When can I ask for my money back

Sitting in the library watching Netflix doesn’t count as work

Where can you get the best chicken nugget in Leicester?

The stages every student goes through when writing an essay

I wrote this article just to avoid writing an essay.