All funds donated to Bloodwise UK

When this bunch of pals from Lancaster University found out their friend, Charlie, was diagnosed with Burkitt's lymphoma, they were obviously stunned. Knowing Charlie was going to go through such a tough time, and losing his 'beloved barnet', they knew they had to do something about it. With help from the lovely guys at Independent Barbers (Lancaster), they shaved their heads for the cause. 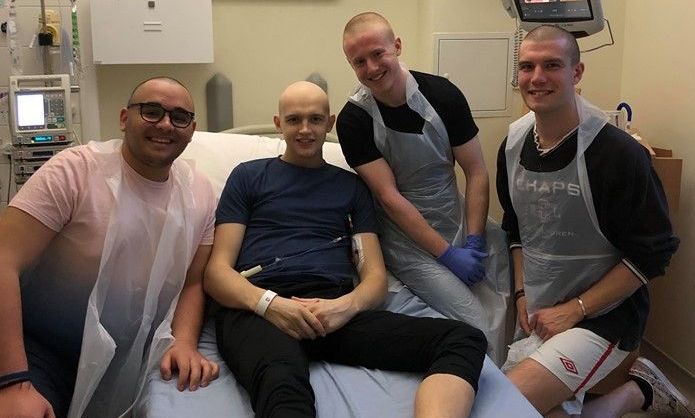 Some of the brave shavers visitng Charlie (centre)

Originially their target was £1000, as they only anticipated small donations. Little did they expect to smash that target within the first day, the boys have now reached an amazing £5,399. The money raised via Just Giving is being donated to Bloodwise, a UK based charity dedicated to funding research into all blood cancers including leukaemia, lymphoma and myeloma.

The boys have shared their journey on Facebook, and you can see their heads being shaved in this clip. For many the bald look was a big jump, but Louie's was a smash hit, with the hairdresser telling him 'well, it's far better than what you had before'. However, it is a small sacrifice for something that has brought such support for Charlie and his family (they even managed to keep the shave a secret from Charlie's mum!)

Charlie is a huge boxing fan, and the boys even managed to reach out to some famous boxers and sportspersons! Charlie received a lovely get well soon message from Spencer Fearon and Julius Francis, as well as lots of merch from boxing promoter MTK Global. 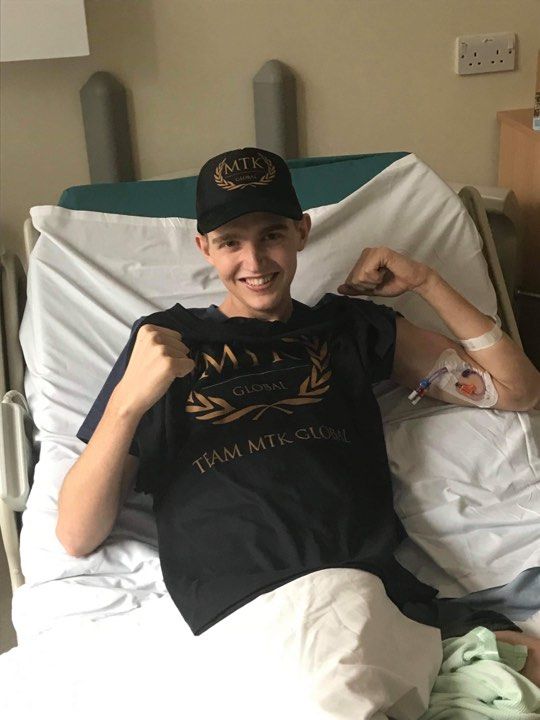 A few words of thanks from the lads

'From the bottom of all our hearts, every single message, donation and comment means the absolute world to Charlie and his family, they see every single one.'

Don't forget to donate if you can!