‘Our society is largely white and male’

Lancaster's Traditionalist Society has been a contentious topic on campus over the past year. Not affiliated with the uni, their Facebook page sits at just over 100 likes, pumping out quotes by philosophers and backing Alex Jones.

Whilst they say they're passionate about social conservatism and preserving family values, to some, they're linked to the rise of fascism and the alt-right. The page posts quotes from Italian far-right philosopher Julius Evolva – branded a "fascist intellectual", pictures of Enoch Powell, and regularly bashes feminism.

Yet, others see them as vital to the debate about free speech on campus.

Despite being passionate advocates of free speech and holding public meetings, two members of the Traditionalist Society would only speak to us on the condition of anonymity. In an interview with The Lancaster Tab, they explained their views and defended their society. They also took the chance to argue that women should be encouraged to work less, and that homosexual parents may lead to their children dropping out and taking drugs.

There is a lot of talk going around campus about your society. Any myths you would like to dispel?

Our previous representation in student media has been so one-sided. There was one article that used a really sensationalist quote; "saviours of white Christian Europe" and it would have been funny if people weren't taking it seriously. That's the only view out there.

Also this idea that we pose a threat – that's probably one of my largest issues. Last year we attempted to host events on campus and there was a situation when the police were called by the university because the event was classed as high-risk.

How would you define yourselves then, if it isn't alt-right?

Just traditionally conservative. Not Tory conservative, just more like social conservatism as an ideology. We would have taken that name if it weren't for the party. 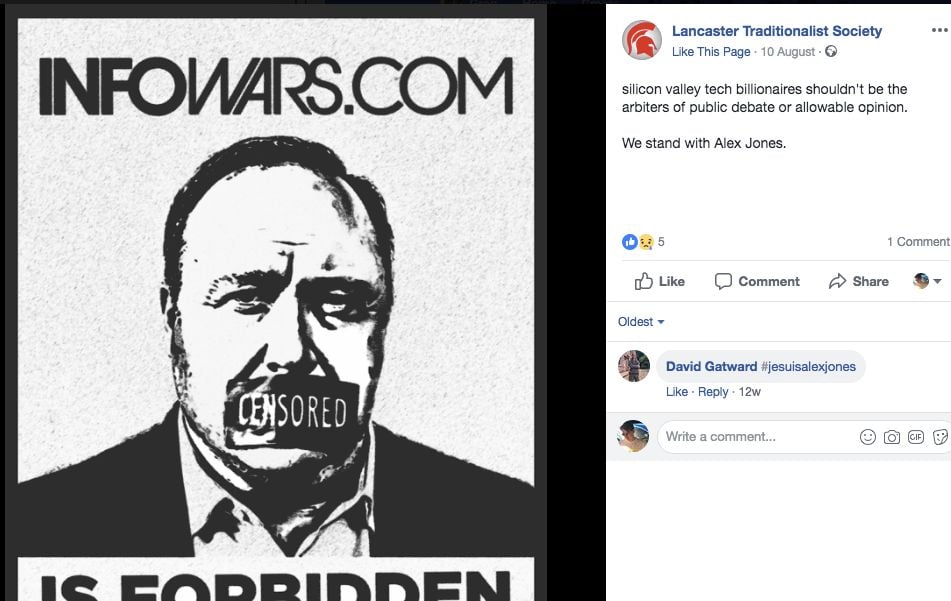 Do you have any particular political thinkers that have influenced your views?

I know you can't speak on behalf of all members in your society, but what would you say are the biggest global issues facing society today?

The degradation of values that we believe are necessary to sustain society; family and gender roles. I know that's probably the most contentious one for most people.

The rise in divorce rates – something like 42 per cent last time we checked – the fall in marriage rates, people are having less children. I think people view relationships with each other differently and as a result you don't have that stable foundation on which to raise children.

So, in your ideal version of society, would you want women to not work? 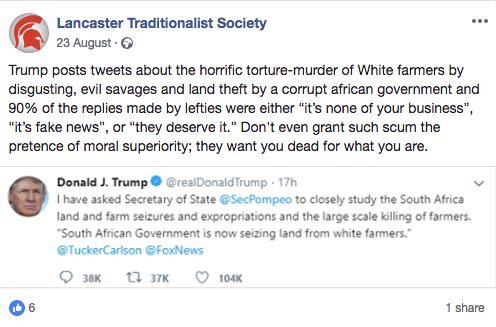 "They want you dead for what you are"

Do you have any female members in your society, that agree with this view?

Our society is largely male and white, although we do encourage people from different groups to join.

How would homosexuality fit into this?

I would be inclined to think that you need a masculine and a feminine influence in being raised. When you look at children raised by single mothers, you see a correlation with school drop-outs and drug use which could be due to the gender imbalance in the way in which a child was raised. It's quite a biological thing; having a mother and a father.

It's hard to put into words, it's like a general attitude. Like mothers tend to be more nurturing and caring, which are more feminine qualities. Fathers are a bit more reserved and less emotional.

There's a dichotomy between women being more emotional, making them more submissive, whereas a man can disconnect himself more, and be more assertive. For example, Trump was able to command an audience during the debates because of that kind of assertiveness.

What is the purpose of your society?

So we just want to be that alternative voice. Should people only hear what is palpable? If anything, the university should encourage these views on campus because it provides intellectual diversity. We feel like right-wing views are being censored in society in general but especially so on largely liberal university campuses.

Accounting for different opinions, do you have any fundamental beliefs that unite your society members?

Nationalism is probably a unifying ideology – as in putting the nation state first. Not all members voted for Brexit, though. I think most of us also agree on the importance of traditional gender roles. Free speech is also a big thing for us – we believe people should be allowed to say anything, even if it isn't accepted. Like, not allowing someone to say racist things isn't going to stop them from being racist. Encouraging free speech does not imply endorsement but rather encourages debate.

This interview has been edited for length and clarity.