Language policing has gone too far

Yesterday, spiked released their 2016 Free Speech University Rankings, which we’ve covered here. The rankings divide universities in the UK into green (“has a hands-off approach to free speech”), amber (“has chilled free speech through intervention”) or red (“has banned and actively censored ideas on campus”).

Guess which we are. 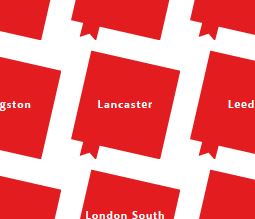 For the record, our pals at UCUM also came in red, whilst further afield UCLAN managed amber. In a rare instance of Oxbridge not topping a league table, Oxford was red and Cambridge amber. York also managed amber.

The ranking is determined by an average of the ranking given to both the university itself, and to its pet SU.

Our university actually managed an amber ranking, with the Bullying and Harassment Policy singled out for its massively broad blanket ban on “any behaviour that makes the recipient feel unjustifiably viewed as a sexual object, even if offence is not intended”. Kind of hard to ban something people don’t think they’re doing. So where’d we cock up so terribly? 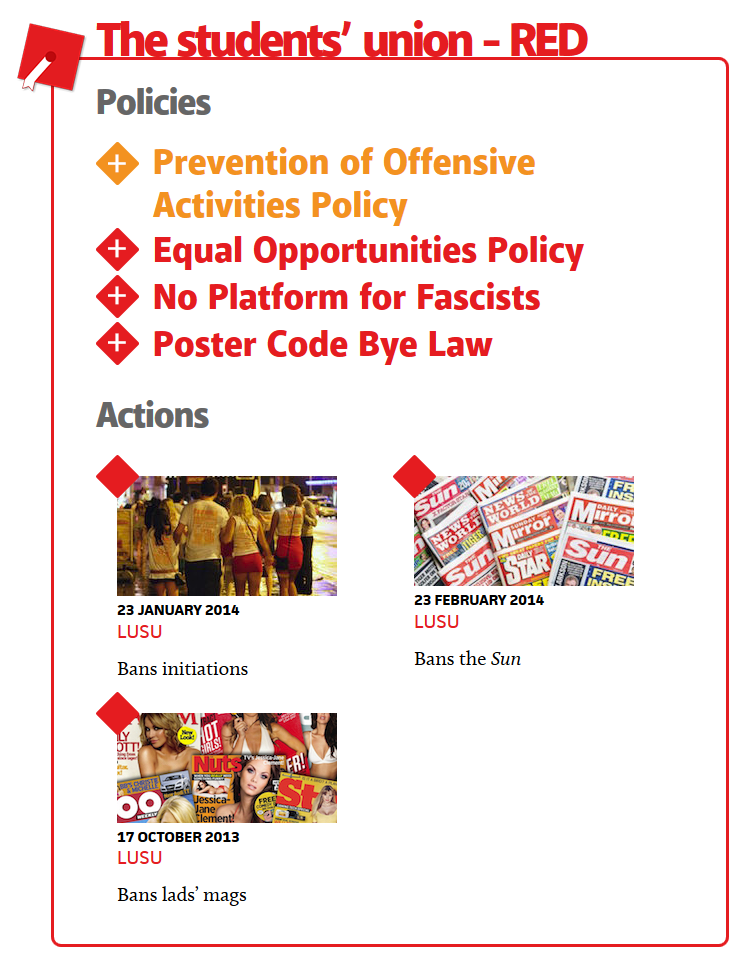 Hands up if you thought it’d be LUSU’s fault?

The Prevention of Offensive Activities Policy contains the single broadest definition of ‘offence’ you’ve ever encountered. There’s no reason certain things should be ‘immune to insult or injury’ – indeed it’s insult and injury (also known as criticism) that help us to whittle down the herd of ideologies competing for societal real estate.

No Platforming is a fucking ridiculous policy that’s had thousands of words spilt about it already, and has led to the bizarre progressive civil war that results in someone like Germaine Greer risking silencing by the confused, hypersenstitive third-wave lot. This is a woman who has done more for women in society than these chucklefucks have managed to reverse with their constant campaigns of female infantalisation and coddling, and that’s impressive.

But then, we don’t half have a militant lot in our beloved SU. Here’s their most recent campaign, started this very week: 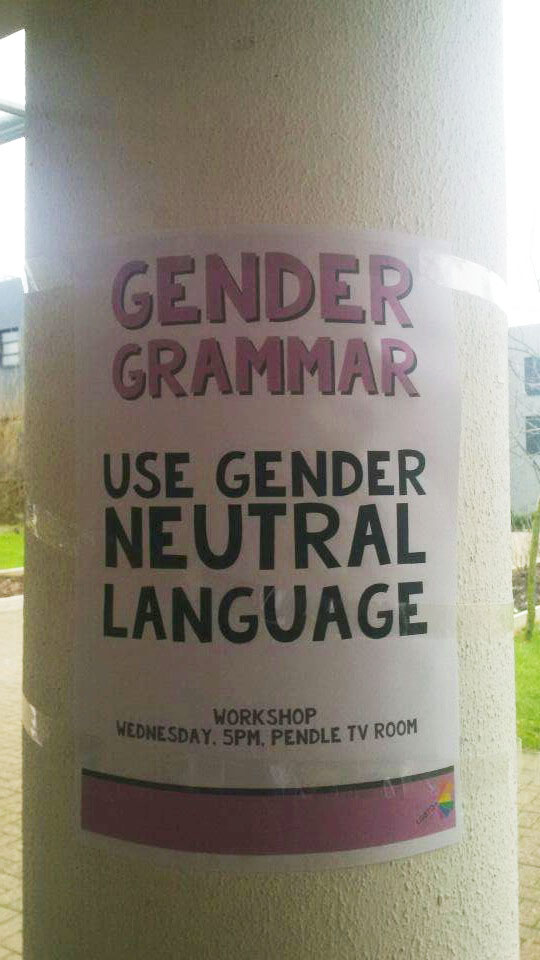 This kind of bizarre, Orwellian language policing has been going on for years, but only now is it encompassed so beautifully in one single poster – like a billboard from They Live but more authoritarian. Another poster of the same campaign states “If in doubt, [use] they”. They can’t even get their gender-neutral pronouns in order – any good grammarian will tell you that “they” is not a singular gender-neutral pronoun, but a plural one (what you’re looking for is ‘thon‘).

The best bit is when you use their arguments against them. If anything that causes anyone to feel uncomfortable is a Very Bad Thing™, then this also means LGBTQ* shouldn’t be allowed to campaign or be in any way visible in case they trigger a homophobe – an obviously ridiculous notion that highlights just why banning “controversial” speech is a whole can of worms best left untouched.

Some would say the do-gooders and the perpetually offended exist in their own little bubble, ignored by the masses of normal people and their student lives. I don’t know about you, but I like frat parties (shot down by a college representative as “representative of a problematic culture” just the other week), refuse to have my access to controversial speakers and outright heroes stymied by those who think I’m not critically-minded enough to resist immediately joining the BNP and, to be quite honest, will use whatever fucking language I like.

The views and opinions expressed in this article are those of the author and do not necessarily reflect the views of any groups he is associated with.