‘Everyone’s worried about getting arrested’: KCL XR stage a sleep-in despite protest ban

The group staged a sleep-in protest

The peaceful protest for action against climate change took place at 12PM outside New Hunt House library, where protestors fell to the ground and pretended to fall 'asleep', disrupting those trying to walk into the university.

The protest group was assisted by other branches of the Extinction Rebellion activist group including XR Youth, Global Justice Network and XR Universities. 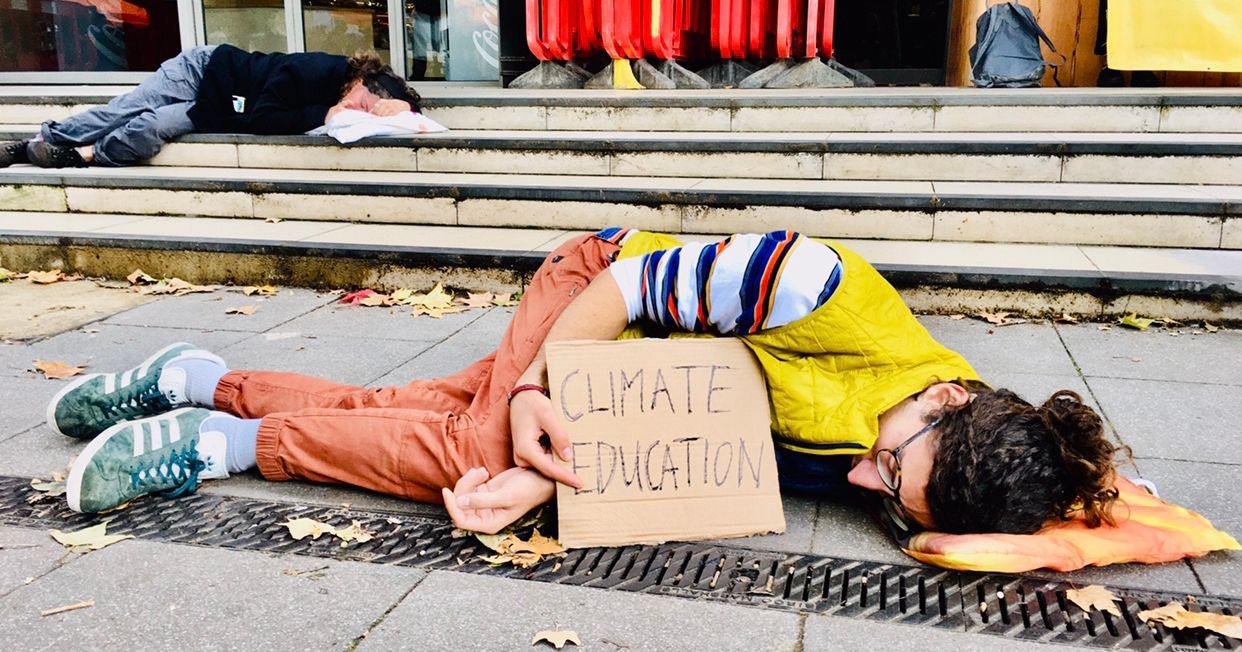 Last night the Met Police released a statement banning London protests, saying those who were found protesting could be arrested.

Shortly after this statement was released police began to remove protestors out of Trafalgar Square who had been camped there for over a week.

Despite the protest ban members of the KCL XR group proceeded with their sleep-in protest at Guy's campus today, although members of the group told us "everyone's worried about getting arrested".

The central issue mentioned was the police response to protests in London. In the early hours of this morning police cleared out protestors from Trafalgar Square after 10 days of protesting.

Students at the protest were angered by the ban, one first-year student calling the clearance: "In short extremely undemocratic and a perversion of the right to peaceful protest".

Jonny, a King's Masters student who studies Climate Change called the police regime "oppressive", and reflective of why XR protests need to occur as the police. "Just put a bunch of tents, belongings, and leaflets straight into general waste. They didn't give anyone a chance to recycle their belongings". 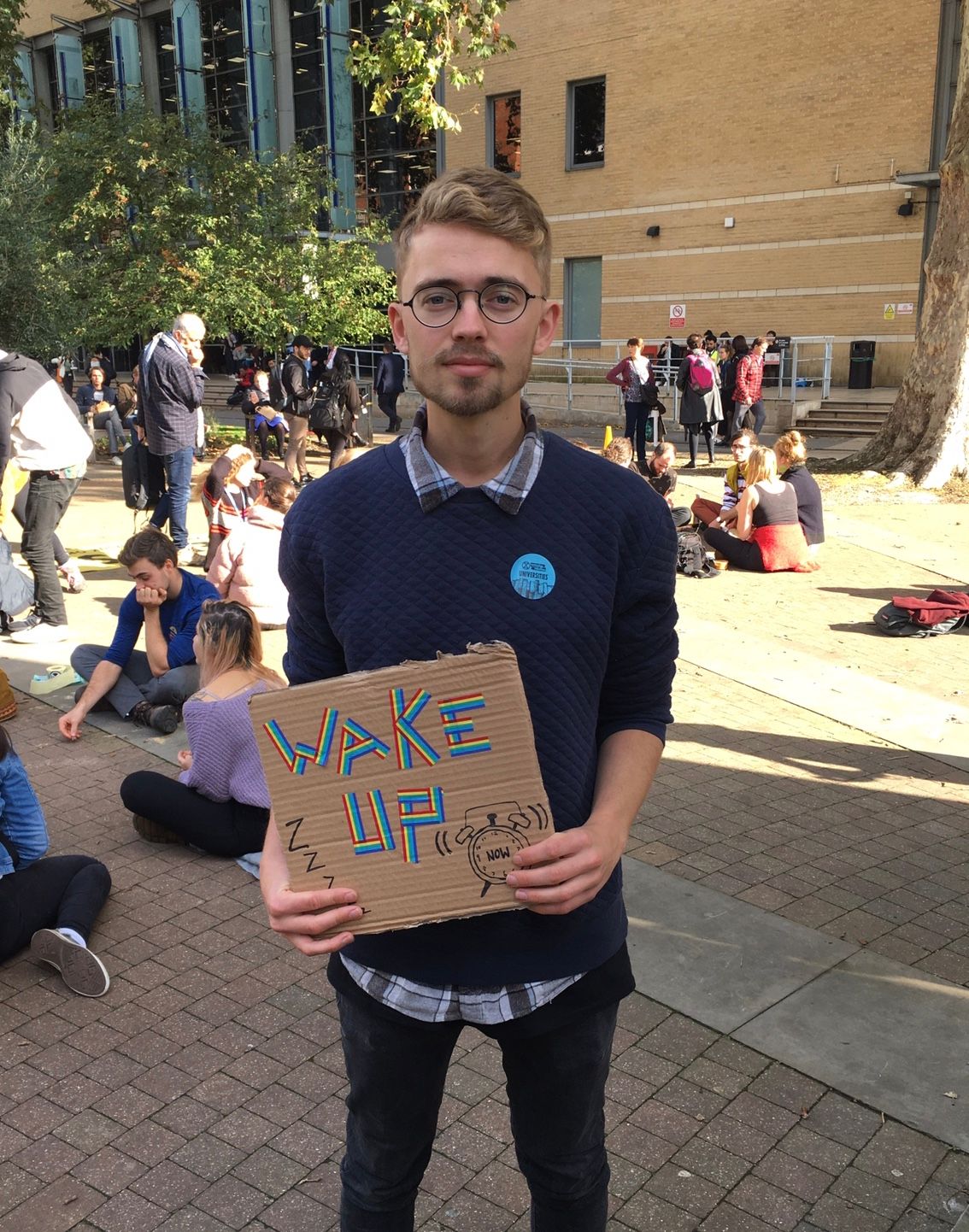 Jonny spoke to us about police action in London

Nian, a fourth-year medical student, said they now find the risk of getting arrested has been heightened due to the "unpredictability" of the police so far.

She said: "I’ve had friends that have been stopped and searched and arrested for having things like permanent markers and pain in their bag. So getting arrested is a big possibility" 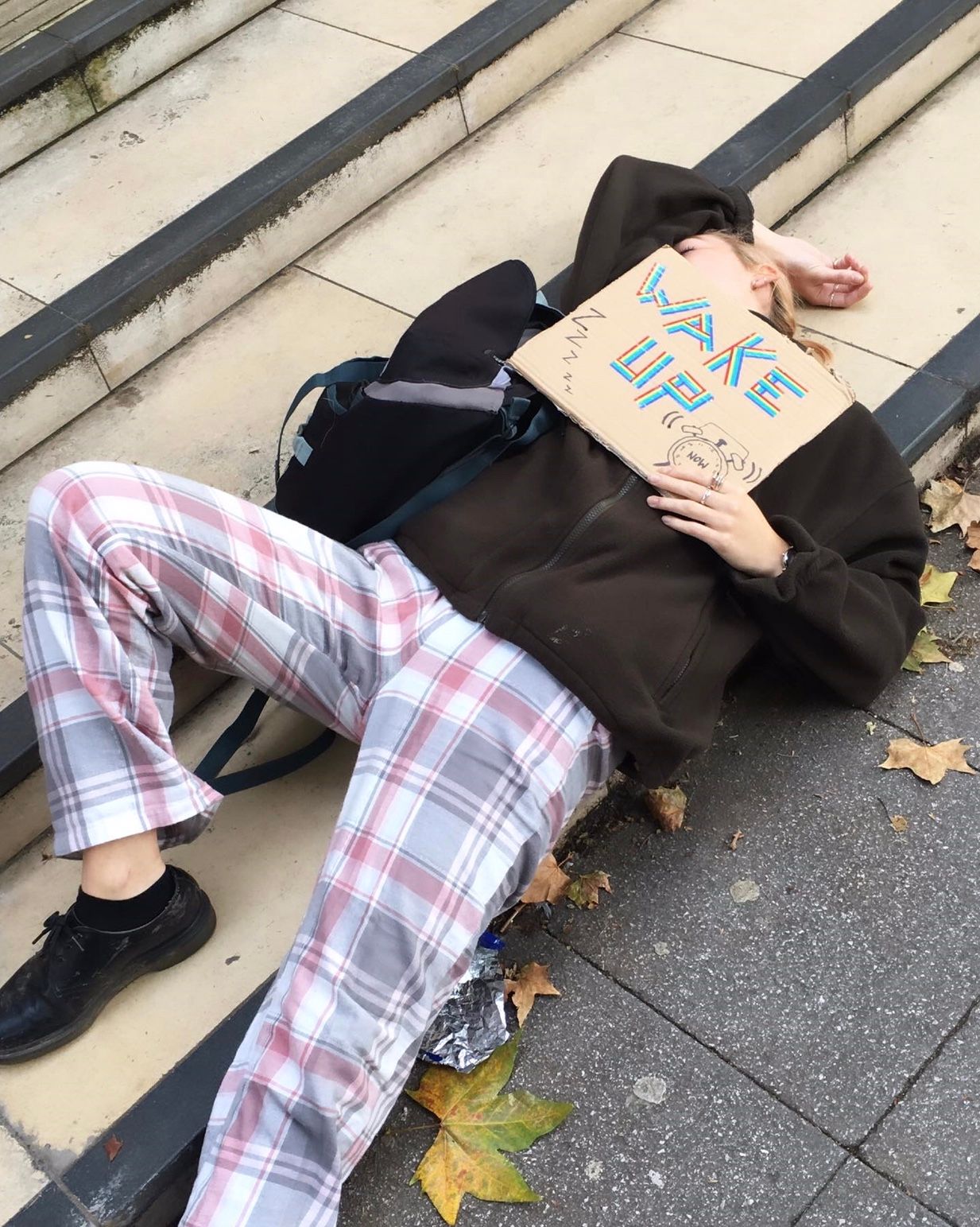 When asked what university students can do to help the climate crisis and take action protestors suggested students join a number of societies.

Beth, a first-year English student said: "There’s a lot of societies students can join to become more active – KCL climate action, eco-society, veg-society (vegan and vegetarian society) and also have a look around London, XR wants to be inclusive, they want people just to come for the day". 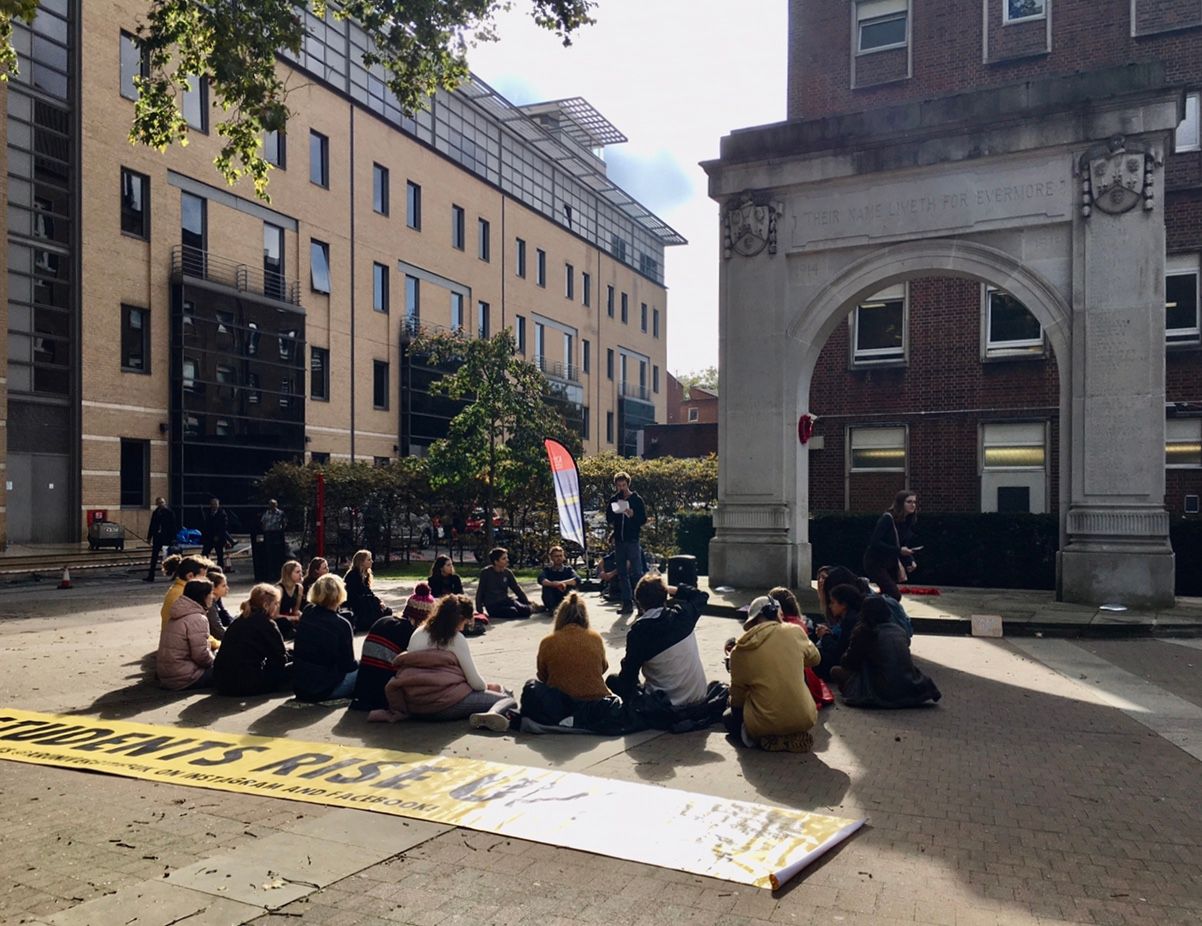 A number of the protestors, however, said whilst action starts with the students themselves, universities also need to be held accountable for the climate crisis.

One student said: "Although many universities have been committed to divesting from fossil fuels, in general, they still might be having investments in banks who are investing in fossil fuels, they are doing a terrible job of educating students of the crisis at the moment."

She continued to say how there is a lack of education of the climate crisis throughout universities and unless you study "geography, sustainable development or another form of social science", many students are left in the dark.

Another graduate at the protest added, "universities are extremely influential institutes and so it's really important to put pressure on these academic spaces".

• Extinction Rebellion are staging a protest TODAY at King’s

• Who is Roger Hallam? The Ex King’s student and organiser of Extinction Rebellion