A man with no shoes told me he loved me

Outside the courthouse, a few people are bringing an eight-foot black coffin inside. Once they stand it up, you can clearly see it’s got “TORY PARTY” daubed on it in red. We’re in the right place then.

Me and Tom, who I sit next to at work and definitely isn’t into protesting, are here for a class on how to get arrested, led by Extinction Rebellion. In April, police arrested 1,100 of Extinction Rebellion’s “rebels”. With big protests planned for October, they admit “we haven’t done a good job so far” supporting people who got arrested. So they’re running classes to try and fix that.

We meet a guy called Ben, from XR Southwark. On his first day with XR in April, he got arrested on Waterloo Bridge as police were clearing it. “I thought, the more the merrier. They can’t arrest everyone,” he tells me. “Turns out they did.”

Ben’s is a pretty typical story. XR doesn’t really have leaders, but as close as it gets right now are two people at the front of Lambeth’s old Courtroom One: Vishal and Zoey. Vishal’s not wearing shoes, and Zoey has a pink streak in her hair. There are about 40 people in the room for the class. Sitting inconspicuously a few rows back is XR co-founder and veteran King’s College London activist Roger Hallam. 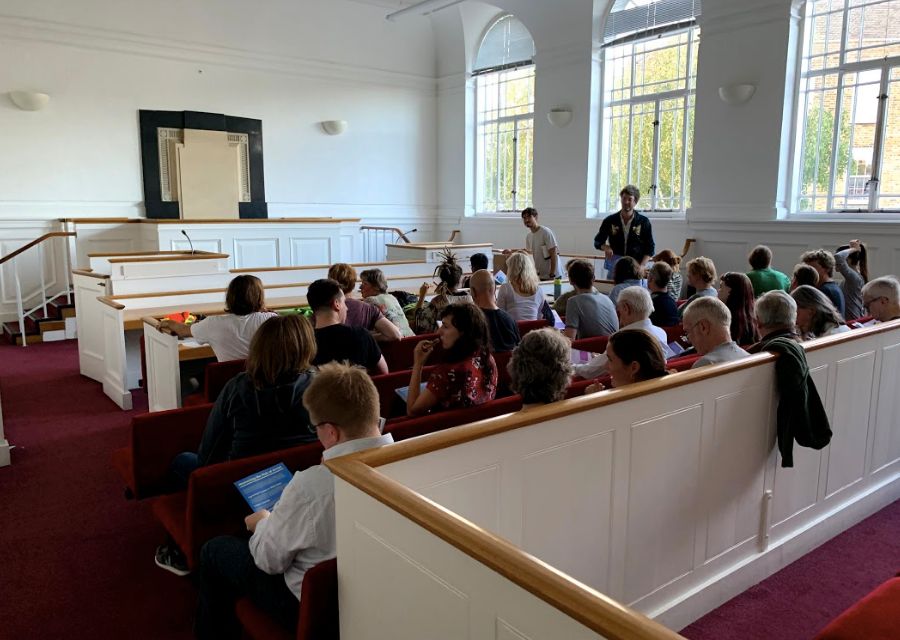 Vishal, a doctor by day, sits on a desk and asks us to close our eyes. It’s time to mentally prepare ourselves to get arrested.

First, the grounding. As we breathe in, we’re taking oxygen the plants have made. As we breathe out, we’re returning carbon dioxide to the plants. Then, Vishal asks us to tell the people next to us about your favourite place in nature. I did not do this. Tom, disgracefully, didn’t even close his eyes when asked.

Meditation over, we split into groups for an activity on the different stages of the arrest cycle. We have to arrange paper labels on one of the cycle’s four parts: contemplation, preparation, action, and support. At this point, it feels like a uni seminar. We do some training called RISECWUP – which stands for Reasons, Impact, Support, Embed, Concerns, Wellbeing, Uncertainty, and Preparation – to figure out where our heads are at. 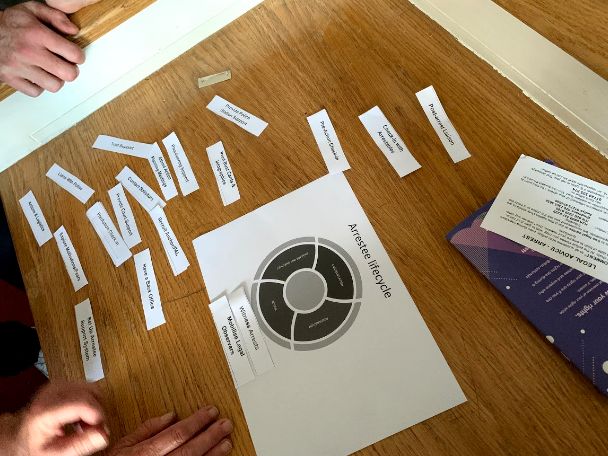 In April, XR blocked five bridges in central London. Police arrested over 1,000 activists for graffitiing buildings, gluing themselves to things, or not getting off bridges when police asked. Those involved in the action have to be prepared to get arrested. People even talk about spontaneously deciding to disobey the police and end up in custody. It’s the point of the protest. “We need people to get arrested,” Roger Hallam told The Guardian. “The actual action isn’t that important. It’s the going to prison which has got cultural resonance.”

Meanwhile, in the classroom we’re asked: “Have you heard that XR irresponsibly encourage people to get arrested?” Almost everyone raises their hand. October is meant to be even bigger. My mental preparation is complete. It’s time to get arrested.

The group goes outside to a courtyard. People coming home from work are, at this point, slightly confused at the group assembled. I volunteer to be arrested. 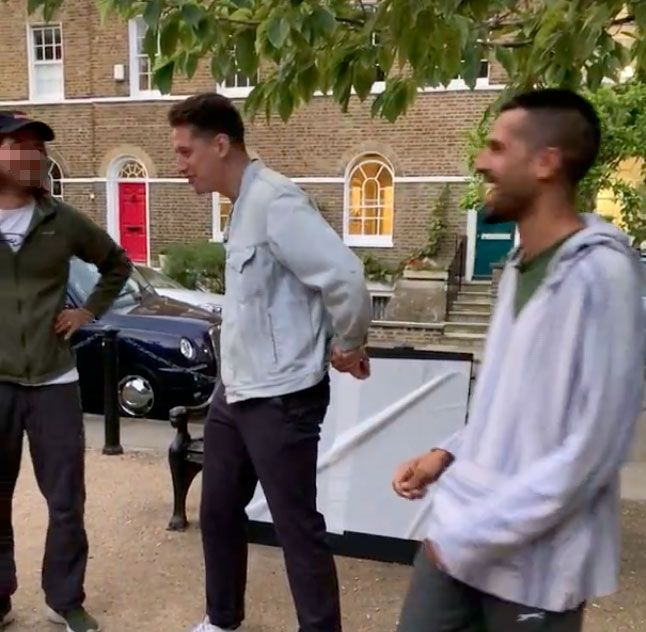 Ben pretends to be a police officer. Two others role play as witnesses, one to be my buddy, and Vishal as the arrestee support officer. I’m the arrestee, basically just standing a bit gormlessly in a courtyard with my hands behind my back.

As I’m being arrested, the process goes into slow motion. There are things I have to remember to ask. I’m not sure how this scene – witnesses standing sedate – tallies with the videos of people being carried off in cuffs.

I ask under what power I’m being arrested. Ben rattles off “section 14, obstruction of a public highway.” I’ve also got to also ask where I’m being taken, and for the officer’s badge number.

What if the police don’t read you your rights, someone asks. Note if they don’t do it. I Google afterwards, and it turns out police only have to do this at questioning when they cautioned you. I try to get someone to read me my rights. No dice. Noted.

I’m told that when I get to the police station, it’s very important that I use my own solicitor. Instead I’m given a card with advice on and some solicitors to call. “NO DUTY SOLICITOR”, the crowd chant in half-hearted unison, without really mentioning how I’m going to pay for my own solicitor.

If you’re not actually getting arrested yourself, but are near someone getting arrested, you should be observing. There are two jobs. One is collecting all my details so XR can sort me out legally. Earlier, Zoey had said that when trials for people arrested in April came around, the group only knew about 70 or so of them. 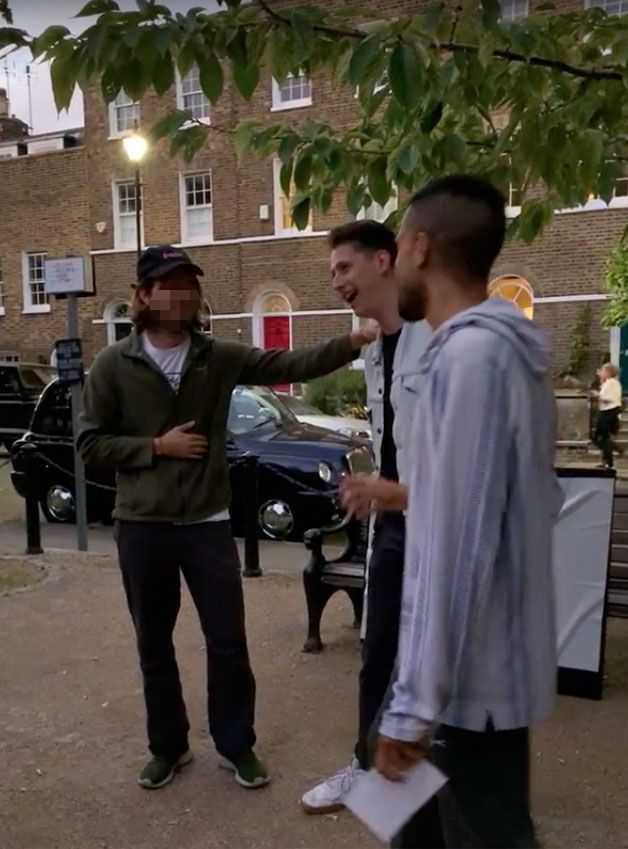 The other job is safeguarding. If I’m being hurt, someone’s meant to narrate the brutality for the police body cam. “Officer, you are squeezing this gentleman’s right shoulder and causing him pain,” Vishal says, specifically, as I pretend to be in pain. “Those handcuffs are tight on that person’s wrist and causing them pain. Can you loosen them please?”

A bit of reassurance is also in order. This is the romantic bit. Vishal puts his hands on my shoulder, looks into my eyes, and says: “I'm here for you man. I'm gonna stay with you all the way to the van. I’m not gonna leave your side.

“I love you. You’re wicked. We’re gonna try and get someone to be at the police station with you. You’re amazing. See you on the other side. Thank you for what you’ve done.”

I am ready to die for the cause.

“Now I’m going to get back to the action”.

Then, he reminds everyone to ground themselves before engaging. 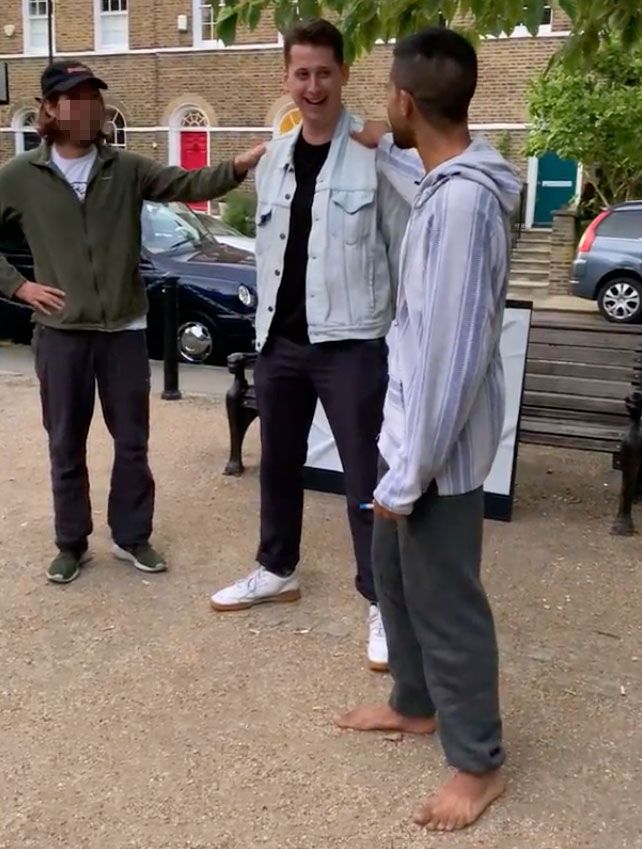 After being released from my imaginary handcuffs, it’s apparent there’s way more of a thought process behind getting arrested than the pictures on the news make out. It’s not just hippies being dragged away – it’s hippies with a plan being dragged away.

Maybe that’s how XR want it to be different to before. This is also before we’ve even thought about why they’re collecting all that information. It’s for the back office, and that’s where the admin begins.

With the light failing, everyone goes back upstairs to the courtroom. Except, after five minutes of fumbling around in the dark, nobody can find a light switch, so the class carries on downstairs.

Vishal starts to draw the “arrest elephant”. By the end of the drawing, he concedes: “I wanted this to simplify things, but I worry it’s done the opposite.” The diagram has three separate sections – the protest, the back office, and the police station – with people flying between each on lines. Like the fish tube. At this point, we learn that about 20 to 30 people are supposed to support each person getting arrested. Losing track, after two hours of training, is easy. 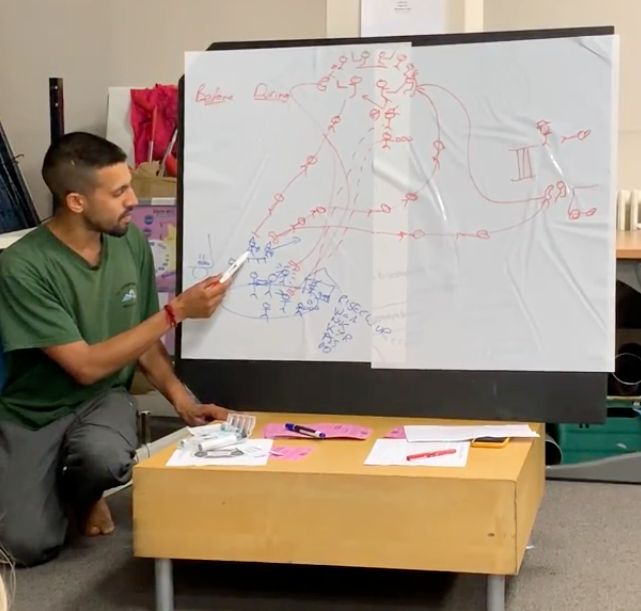 Too complex? Not my place to say

Luckily, there’s another exercise, where we pretend to be the people who wait outside police stations. People do six hour shifts, and it’s a gamble if someone gets released while you’re there in your sleeping bag. “Our rebels can be held for 24 hours. You could be waiting and nobody comes out,” says Zoey.

A group of rebels come out of a pretend police station and do a greeting. There’s lots of conversation about how to get people home and Tom tries to get a hug in but is expertly rejected.

After that, the meeting descends into questions about what happens if police block phone lines during the bridge occupation. Vishal says “rebel riders” on bikes can hand-deliver notes, before someone points out the phone lines probably aren’t going to get blocked.

The day after the workshop, Roger Hallam, who sat at the back politely making suggestions, was arrested for planning to fly drones over Heathrow. He’s a veteran of this, though, and didn’t really give anything away during the training. For everyone else, there’s the management speak, acronyms, and diagrams.

• Who is Roger Hallam? The Ex King’s student and organiser of Extinction Rebellion

• Here’s what you need to know about Extinction Rebellion, the protests taking over London