Soaked students will be unsurprised to hear that Cardiff has been revealed as the rainiest city in the UK.

We’re even wetter than notoriously rainy Manchester, with more than a metre of rain drenching the Welsh capital every year.

Cardiff finished above Swansea in the Met Office table on 115cms of rain, compared to the Jack’s 99.9cms. 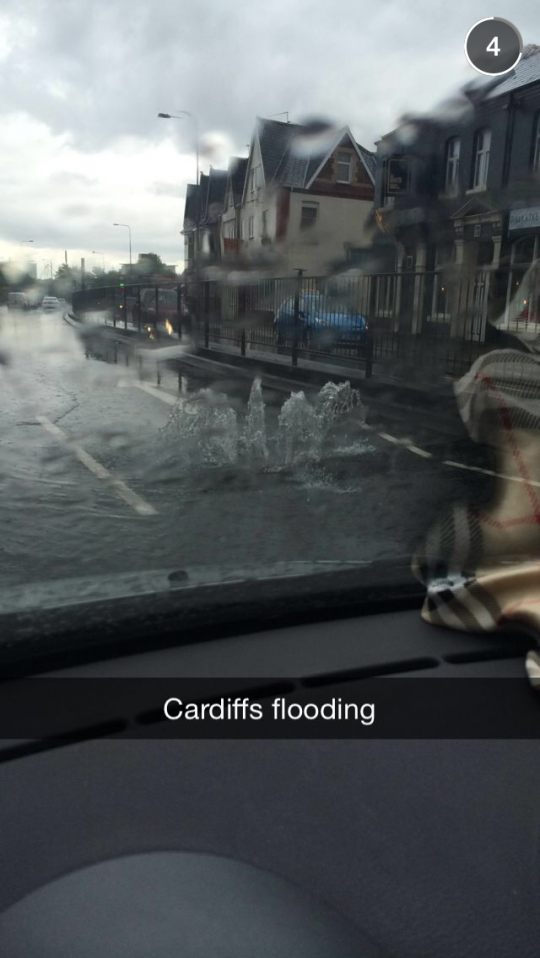 A fairly standard Snapchat to receive from Cardiff.

Whilst the remnants of Hurricane Gonzalo pass over South Wales residents of the Costa del Cardiff can find moisture-laden comfort in the fact that their continued state of damp has been made official.

Manchester receives an annual pittance in comparison, a mere 86.7cms putting the so called “rainy city” in eighth place overall.

The data was taken from the Met Office’s climate records over a 30 year period starting from 1981.