As should be the case in all proper Tab articles, I’ll begin by talking about myself in a word count-padding ego-trip.

Before seeing this play, I’d had a pretty bad day, having contracted some (appropriate, given Hay Fever’s setting) 1920s disease thanks to a well-orchestrated ambush by Lent Bumps and John Donne’s devotional poetry (I’m still ill – send me chocolate if you like). I completely lost my voice, and so sinking into the Howard Theatre’s super-comfy plush chairs (which are a good enough reason to recommend any show at Downing to be honest) to watch Downing Dramatic Society’s peculiarly late-in-the-year freshers’ play suddenly made life much better again. 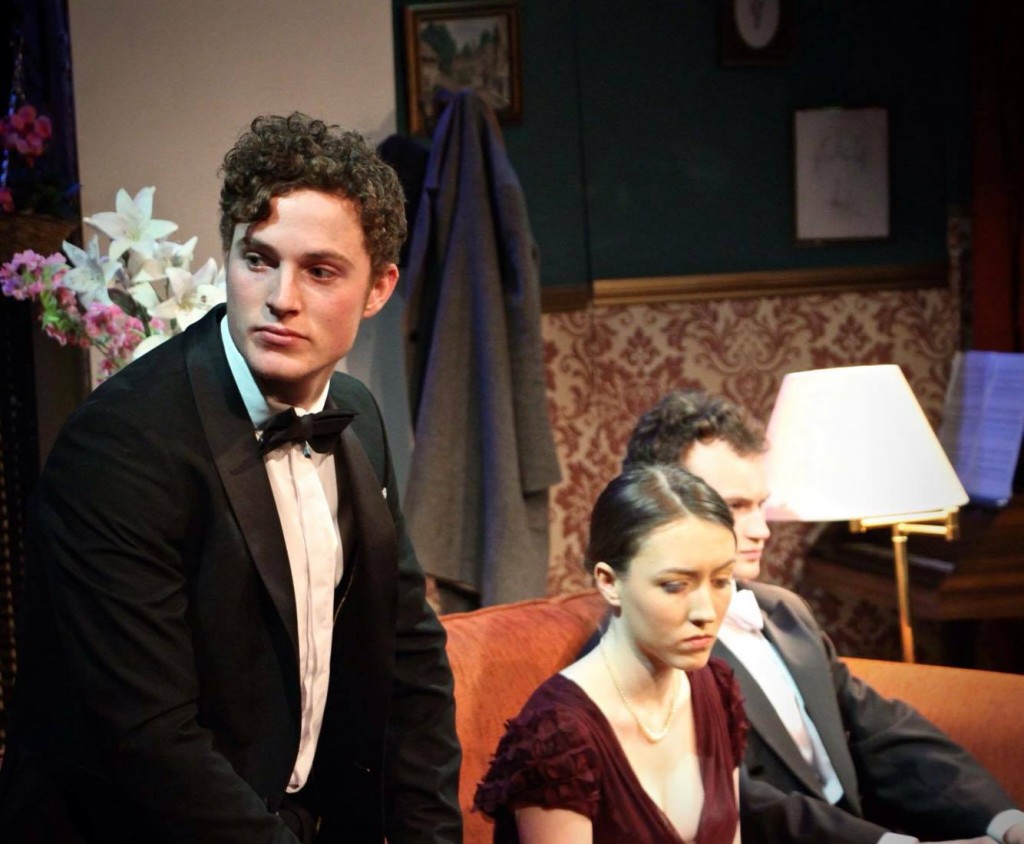 Fortunately, my woes were nothing when compared to the woes of Hay Fever’s eclectic cast of characters. (It seems that my illness hasn’t affected my superb segueing skills at all – boom.) As a series of miscommunications results in each member of the aptly-named Bliss family having their guests over to stay the night simultaneously, the household rapidly descends into a mixture of Atonement-style country house romantic ribaldry and surreal Fawlty Towers-esque bedlam.

The stage was admirably laid out; credit is due to set designers Kieran Tam and Jane Wright for capturing the essence of an eccentric rural estate, a feeling that only grows once we see Georgie Joseph’s well-chosen costumes appear on stage. Indeed, technically, the production shone: scene changes were efficient, sound effects were used effectively to keep track of in-play time of day, and Peter Lotts’ lighting also deserves praise. 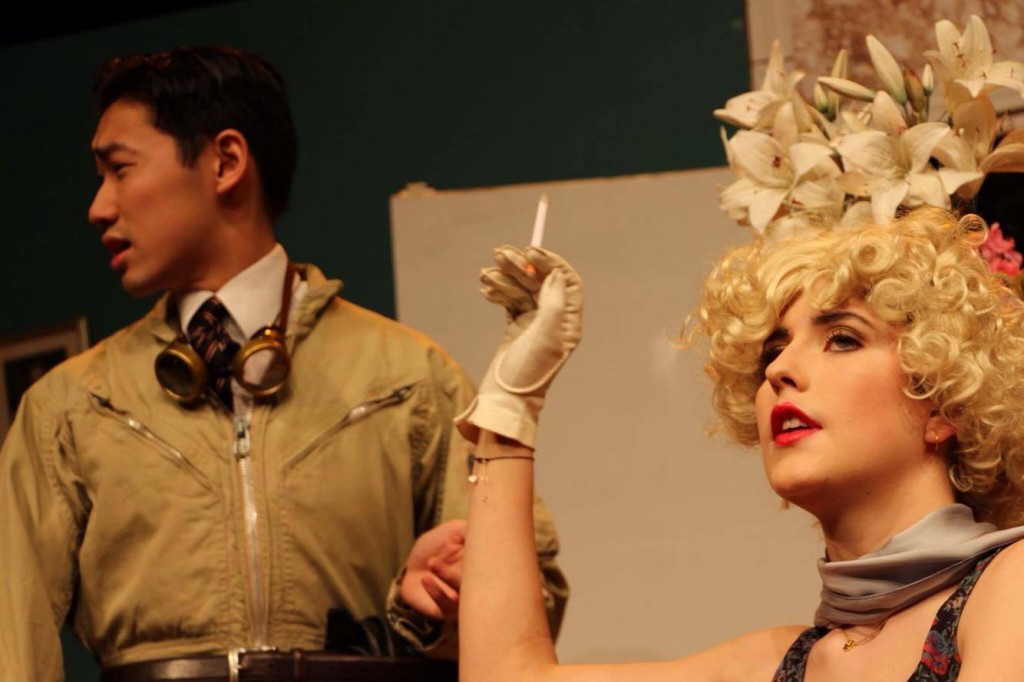 Being as weird and whacky a comedy as Hay Fever is, it is unsurprising that it comes stuffed full of big personalities. Some of these are pulled off well by the freshers playing them, others less well. Georgina McCoig was consistently on form as the overworked and cynical maid, Clara – although whether she was acting or this was simply a result of being in Week 7 is unconfirmed.

Also giving standout performances were Emma Kemsley-Pein as theatrical prima-donna Judith Bliss, Kieran Tam as sporty, gung-ho boxer Sandy Tyrell, and Fergus O’Dowd, who was worryingly convincing as an enigmatic diplomat (read: massive snake) Richard Greatham. Given all of these caricatured characters – who are often present on stage all at the same time – I’d normally expect the stage to feel very small, as they vie with one another to be the centre of attention.

That could cause issues, but unfortunately this production of Hay Fever suffered from the opposite problem: it just felt a tad awkward at times. Of course, there are occasions when the play requires awkwardness, and those occasions were indeed very funny, but it was easy to tell that opening night jitters had got to some members of the cast; and the play – particularly in its first half – lacked the sense of vivacity that it really needed to bring the fantastic set and costumes to life. I feel like a dastardly brute for saying that, but fortunately the actors inhabited their roles more comfortably after the intermission, and the pace picked up considerably in the latter two-thirds. 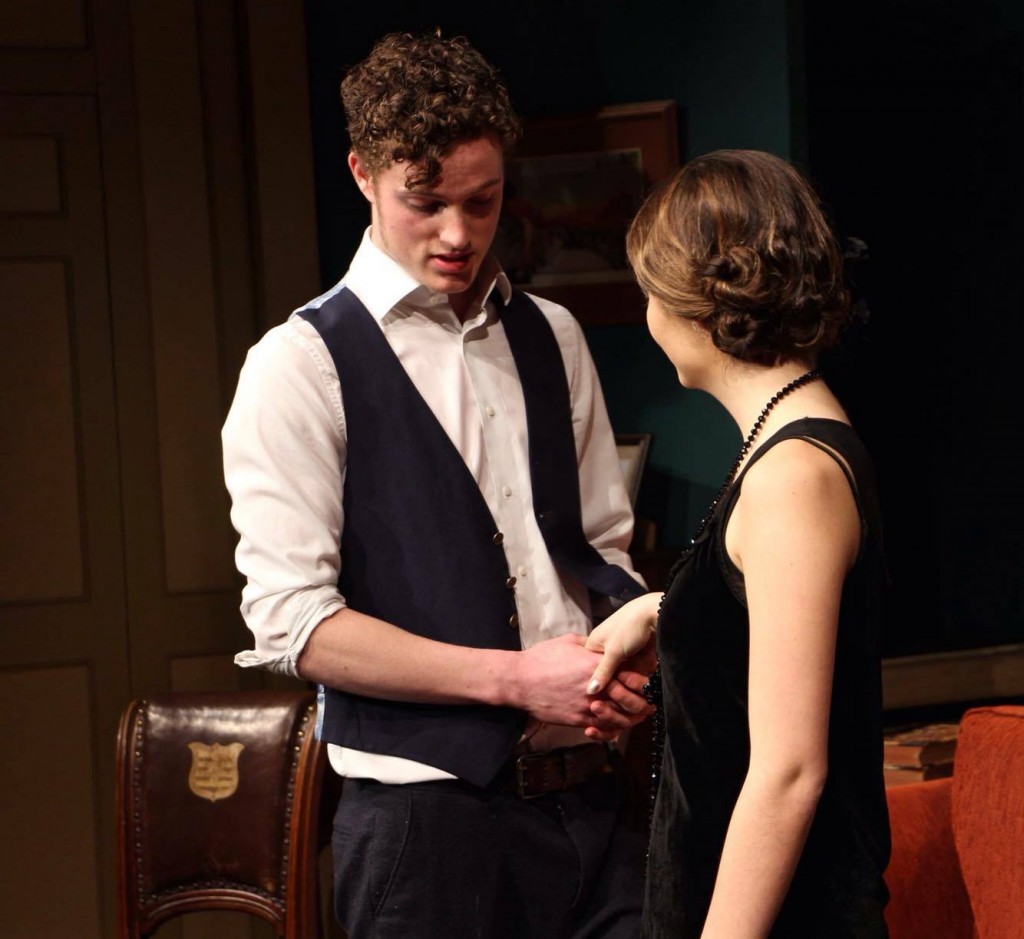 Above all, though, this play is actually surprisingly funny. It’s difficult to say why, because there aren’t many obvious one-liners, and there wasn’t even much of a central storyline that I could fathom (guests arrive, each member of the Bliss family manages a cheeky pull, and then the guests quietly leave early in the morning like good one night stands should). Nonetheless, it is very entertaining, and it’s also good fun to watch all of the cast admirably sustain on-point 1920s accents for the duration of the play. If I were able to speak at the moment without sounding like an extra in The Walking Dead, I would have left the theatre talking like an Enid Blyton character.

Overall, then: more pace, more confidence, and more vibrancy are what this show needs. Despite this, it’s an undeniably charming production which the audience certainly enjoyed – so what more is there for a dastardly brute like me to say?