Live from Brazil, our Sports Correspondent ADRIAN GRAY reports on the final of the Football World Cup.

The players shake hands with the referee and it’s time for the coin toss. Argentina captain Lionel Messi picks heads while Germany captain Philipp Lahm opts for the risky ‘side-coin’. It’s tails, so kick-off is awarded to the team that sent the biggest bribe (Germany).

Whistle blows. Germany’s Muller shares a brief kiss with teammate Kroos before passing the ball to start the match. Homophobic boos are quickly drowned out by anti-Argentine boos. Good to see.

15 minutes: BALL GOES OVER THE FENCE

Mascherano’s miss-kick sends the ball flying out of the stadium and over the fence into someone’s garden. Under FIFA regulation Mascherano must ring their doorbell and ask for it back.

Mascherano re-enters the stadium ball-less, and to searing boos. “They weren’t in!” he cries. More boos. “I tried to climb over the fence but their neighbours were looking at me!” he pleads. No luck. He is yellow carded and the game begins again using the spare ball.

Argentina cry for a penalty as Messi is stabbed in the box by Zabaleta: a German spy on the Argentinian team. Referee says play on. Clever play from the Germans. 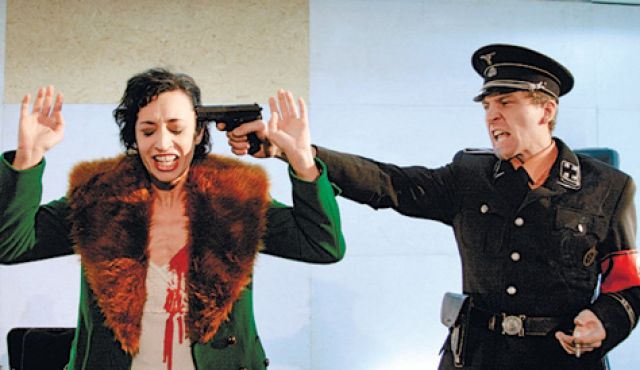 Right: Zabaleta before he got into sports

Seemingly spotting Pleamf’s vomit, the attractive Argentinian woman also vomits. Camera now focuses in on an old German man dressed as an Angela Merkel/eagle hybrid with the German flag painted onto his face and Miroslav Klose tattooed to his cock. He goes nuts upon seeing himself on the big screen and starts windmilling, though the camera quickly cuts away.

Referee blows for half time. As the camera spots David Luiz in the crowd everyone remembers how shit Brazil are.

Pundit Rio Ferdinand appears on screen for the first time and is the colour of a Homebase shed. He begins a nervous monologue about the Germans being efficient which, while unintelligible, definitely contains the word Nazis at least twice.

“In my day football wasn’t full of pussies” quips Alan Hansen. Big laugh from the studio. Overconfident, he proceeds to describe the Argentina defence as “a steaming pile of fuck”, forcing Lineker to apologise to camera. 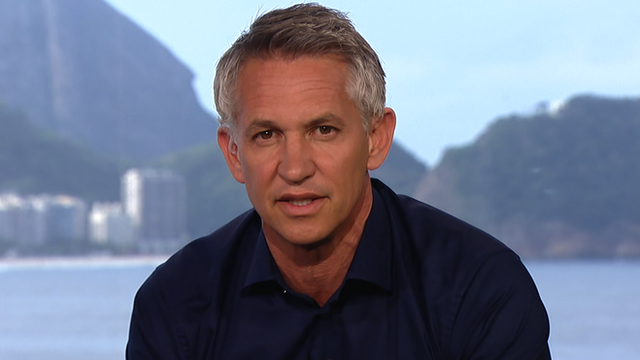 Look at the regret in those eyes

Lineker introduces a weird and unnecessary feature called ‘My Football Loo’. “Tweet us pictures of the toilet you used during the match with the hashtag #myfootballloo” he says. Moments later Shearer attempts a segue-joke about the game being ‘crap’ but can’t articulate it well enough. It bombs and he goes red.

Whistle blows. Germany’s Schweinsteiger shares a brief hand-job with half-Ghanaian teammate Jerome Boateng before passing the ball to begin the second half. Racist boos are quickly drowned out by homophobic boos. Good to see.

Referee Marcus Pleamf shows Mesut Ozil a giant purple card for his tackle on Perez. Ozil starts to cry and begs for forgiveness, suggesting he knows the card’s true power.

75 minutes: BALL BEING KICKED AROUND

Ball is kicked around by the players on the pitch. Good to see. 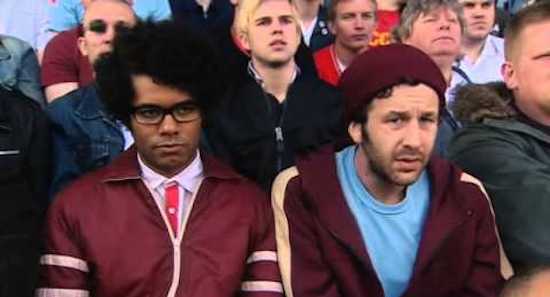 With a fantastic turn of pace Germany’s Klose whips the ball into the back of the Argentina net. He runs towards the corner flag and lifts up his shirt, revealing a picture of his young daughter. Commentator Steve Wilson somehow mistakes the girl for Madeleine McCann, spawning the internet meme ‘Awkward British Commentator’.

As the Germans celebrate what looks set to be an historic victory, the camera focuses in on Angela Merkel, sitting in the VIP box. She goes nuts upon seeing herself on the big screen and starts windmilling, though the camera quickly cuts away.

That’s it! The referee blows for full time and the Germans celebrate. But, out of nowhere Sepp Blatter runs on the pitch, wanking. He whispers something to the referee and it is announced that Qatar are this year’s victors, having scored 20 goals. Incredible scenes. As the result appears on the screen Ozil is shot in the head by a mysterious purple man, the Qatar squad run onto the pitch in tears, and Blatter finishes onto the referee’s chest.

Football at its finest.