Can’t argue with the people’s choice

Earlier this week we asked you to vote for Newcastle’s best club, and so many of you fought for your faves. Over 600 of you voted, and now we can officially say that Soho is THE best club in Newcastle!

The public has spoken and Soho is our champion. We’re all secretly in love with Soho, and now we can freely admit it.

It seems Newcastle students can’t resist the temptation of free entry, and those peng treb deals. Your night out is never complete without someone suggesting Soho, it’s a given that we all end up there at the end of every night. As soon as the quarantine is lifted, catch me back in the best club ASAP.

Who could forget the ICONIC lights that everyone loves to get their pic taken with? Posing under them always seems like a cute idea at the time, until the next day… when they don’t look quite like what they did in your head. But, oh well, it was worth it. You’ll probs post the pic to your priv insta, and now even more reason to, time to brag about your night in the best club in Newcastle! 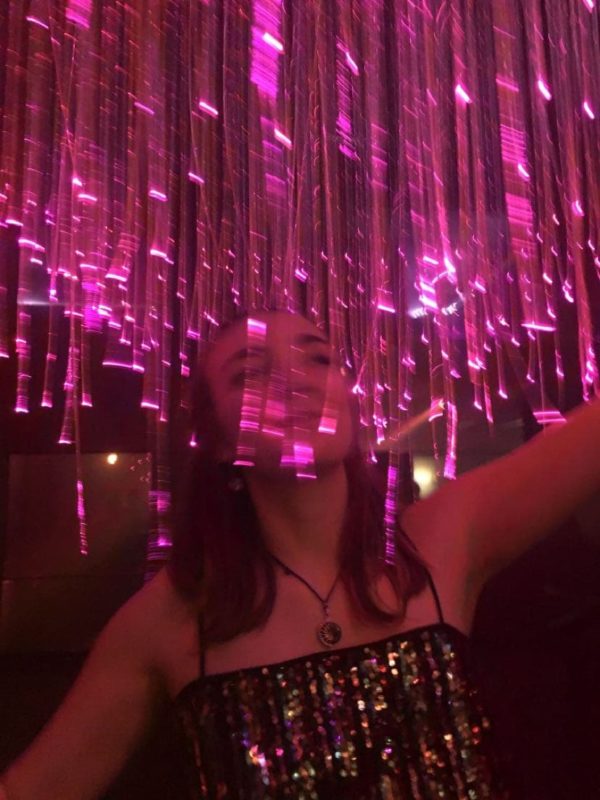 We spoke to Zaf, owner of Soho rooms, who was excited to receive this great award. He said: “Thanks so much to everyone who voted for us here at Soho! We’re missing you all lots. Thanks for always being such a great community and we know when we’re back together it’ll be worth the wait. Everyone raise a blue treb and stay safe!”

It was a tough race, with Grey’s coming second and Market Shaker in third, with only a few votes separating them all. Is it a surprise? We all love a good night at any of the top three, would not say no if a pal suggested any to be honest.

Grey’s will always hold a special place in our hearts, nothing can top a great night at Swingers, armed with your bucket hat and flares. The golden combination, let’s not deny it. An iconic Newcastle night out – Oops and Soho, please tell me a better night out.

Only a few votes separate the top three clubs, and we can all admit that they’re the obvious choices, everyone loves a good boogie at any of them. Ask anyone what club is their fave and most likely they’ll say Soho, Grey’s or Market Shaker. 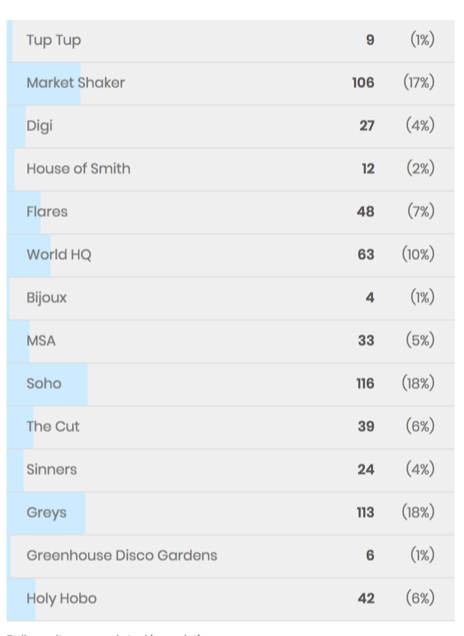 But let’s not forget the other two clubs that made the top five, they deserve attention too. In fourth was World HQ, and for almost 7o of you, the allure of SoulJam is your thing for a night out, and I don’t blame you, deffo one of the best nights you can have as a student. And in 5th, who’d have guessed it? Flares.

The club that appeals to all, whether its a night out with your Mum (seen this one many times) or a girls night out where you can sing to your heart’s content, Flares is a guaranteed good night. But, let’s just admit, you’ll end up in Soho after as it closes SO early, and your night is never done that soon. See, Soho just needs to be included in every night out.

I cannot wait to get back to the Toon, and celebrate the crowning of our fave club. It’s got to be done, and now when people suggest a night out, there’s no excuse not to include Soho in your plans, you wouldn’t want to miss out on all the fuss would you?