Remember that 10-year-old ‘psycho girl’ famed for covering Whitney Houston’s 1974 anthem ‘I Will Always Love You’? Yep, she’s still alive, and she was at a house party in Salford on Friday.

Alisha Barnard from Scunthorpe is now 19 and a Market Researcher. She was visiting a friend at uni over the weekend, where she met Luca at a house party in Salford on Friday night, pictured in the video below.

cannot believe who a bumped into at this flat party pic.twitter.com/q8EIx5CpNb

Luca shared the video of when he met Alisha on Twitter, which has now amassed over 9,619 retweets and 52.9K likes.

Want to write for The Tab at Manchester Uni? Come to our open meeting on February 3rd at 256 Wilmslow Road – details here. Message our Facebook page if you have any questions.

On meeting Alisha, Luca said: “She’s from Scunthorpe and we have mutual friends. My friends told me it’s the ‘and IIIII’ girl and I nearly spat my drink out, because as soon as it clicks you can’t unsee it.

“But I refused to believe them anyway because she’s like a YouTube sensation, so they said fine and they introduced me to her.” 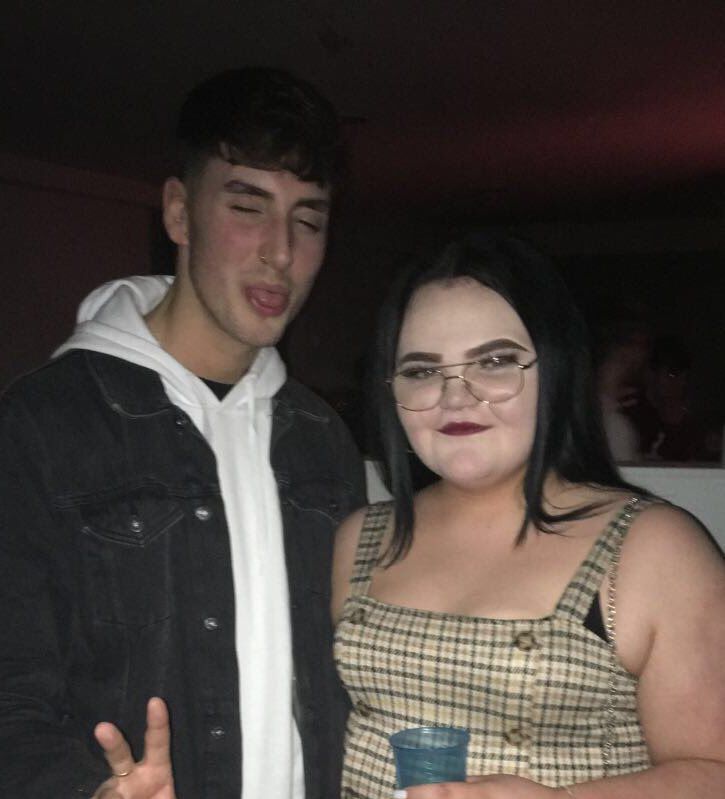 Luca and Alisha in Salford on Friday

Via Twitter, Alisha teased that her stardom might have multiple faces, quote-tweeting a New Years Eve video from 2009 of Raven Princess of the Darkness and Tara rocking out to MCR, saying: “Just me or does the girl on the left look like the psycho girl who sings Whitney Houston?”

However, Alisha confirmed that it was a joke and she was not, in fact, Raven Princess of the Darkness, saying: “We just look similar.”

Just me or does the girl on the left look like the psycho girl who sings Whitney Houston? https://t.co/cZm8L3Vqao

Alisha said she is often recognised as the ‘psycho girl’ singing Whitney Houston “on nights out or if I’m out shopping, but especially so after Luca tweeted so all Saturday night I was constantly recognised in Manchester, I don’t mind telling people when they ask I think it’s funny”.

Whitney hits an Eb5 high note (head voice/falsetto) when she sings the eponymous line from her song. When asked if she’s managed to hit those high notes yet, Alisha said: “I’m still working on that one.”

• We also found the guy in the Milk meme – but would HE remember what he said?