2017: The year that everyone started pooing all over Fallowfield

Manchester is undeniably loose af, offically named as the "Kettiest" uni in the UK, with a mental music and club scene and our own little slice of hedonistic paradise in Fallowfield. But recently there's been something of a loose epidemic, an epidemic of loose bowels.

Way back in 2014, the University of Manchester experienced its first wave of the poo-nami, when a "small, round shit" was discovered on the ground floor of the main library. After a "panicked" clean up operation by the library cleaning team (we don't envy those guys) the mystery went unsolved, and the phantom pooer disappeared, we thought never to be seen again – until now.

When the students of Manchester embarked on the city in September of this year, we were horrified to discover that we had returned to Manchester in what seemed to be the midst of a crime wave, but alongside the reports of multiple muggings and burglaries there were rumours of much dirtier, smellier, browner crimes. The phantom pooer had returned.

The Tab Manchester have exclusively put together a round up of all the poo centred stories we have had the pleasure of reporting on thus far.

24th November 2017, a human poo is discovered in a student's post-box on curry mile 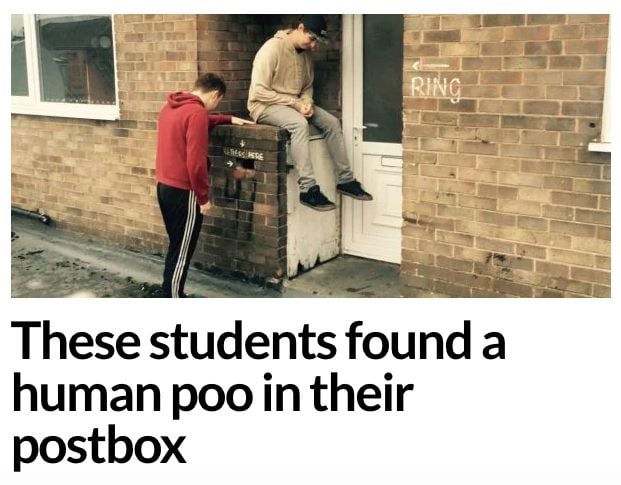 In this story, we reported on the horrified student house who had discovered a human poo in their postbox. At first we thought it was all fun and games, perhaps a slightly ill-informed prank. A shit prank, if you will. However, it transpired that the postbox in question could have potentially been home to a "local crackhead" that the residents had spotted "loitering" outside their home.

30th November 2017, an Oak House flat is flooded with poo 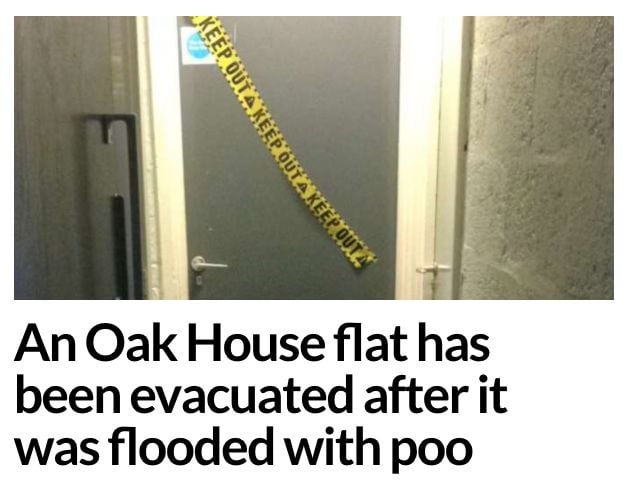 The second incident in the crappy saga, and seemingly just a coincidence (a poo-incidence?) The Tab reported on the Beech Court flat that had to be evacuated after it was flooded with poo following a burst sewage pipe. The residents of the flat had to temporarily move into Tower while their flat was deep cleaned (again, we don't envy those guys either). Was it really the sewage pipe? Or was this a curve ball from the phantom pooer?

13th December 2017, Fallowfield Students Group is inundated with panicked posts about not one, but TWO poos discovered in Oak House 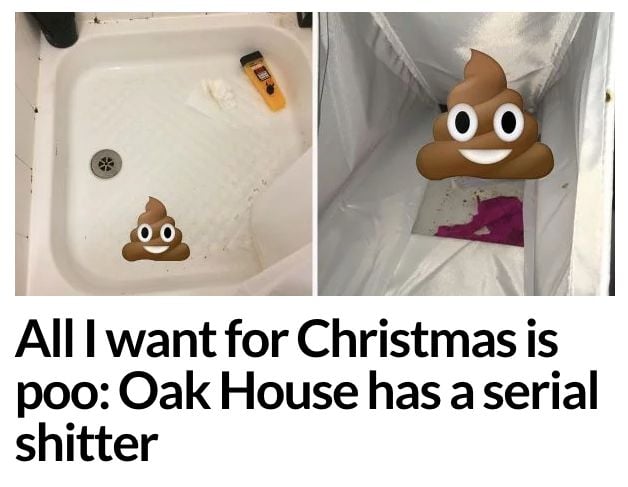 Dubbed the "Oak House serial shitter", the mysterious mess-maker managed to leave two number-twos in separate Oak House flats on the same night. One in an unsuspecting fresher's shower, another in first year's laundry basket (complete with a couple of pairs of dirty underwear). There were many theories following the gruesome discoveries, while some assumed it was the same pooer, others recalled a mad flat party citing jealousy from a rival flat party as the motive.

While we still don't have any more leads, we can confirm that there is definitely a pooing epidemic.

Where will they strike next?