Santa stalker on the prowl in Lancaster

And you thought the killer clowns were bad

A second year student’s night took a turn for the worst on Wednesday, when a stranger dressed in a Santa suit stood outside her house and then tried to forcibly enter her vehicle.

Second year Lancaster student Ellie Mcloughlin had just finished her shift at student club The Sugarhouse and was sitting in her car, when a man cycled past her. He then turned around, dismounted and tapped on her window, and then tried to open the driver’s door to her car while she was still inside.

After driving around the block, Mcloughlin returned to find the same man dressed in a Santa suit and standing in her parking space, smiling and motioning her forwards. 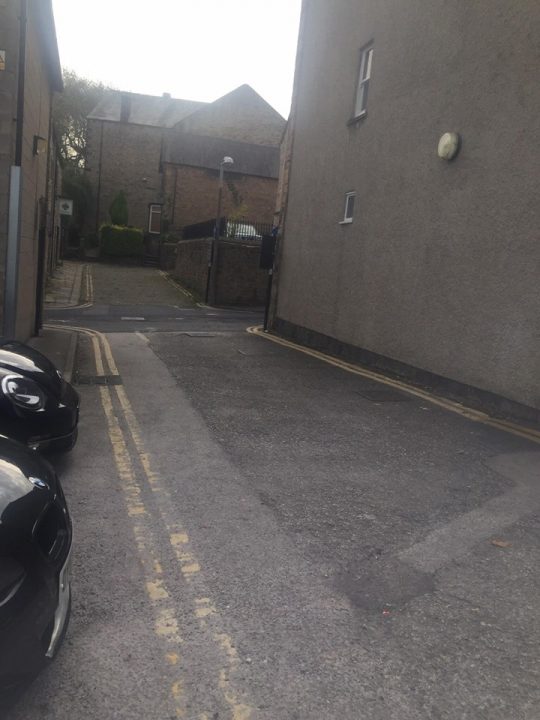 The man was seen standing in Ellie’s parking space

Driving away for a second time, she then phoned the police, but upon their arrival, no evidence of the Santa stalker was found, although her bins were overturned and had been rifled through.

This is not the first occurrence of strange things Mcloughlin has encountered at her current university residence, having had her car tyres slashed weeks before. Intimidating printed notes have also been found on cars parked around the area.

Understandably very shook up, Mcloughlin said: “It was terrifying”

The attack follows sightings of killer clowns across the UK and in the Cumbria area.