‘Until the UUK is ready to engage, the strike goes on’: We attended a rally featuring UCU General Secretary Sally Hunt

UCU General Secretary Sally Hunt called for a redoubling of strike efforts at a rally earlier today. After a march which went from Gower Street to Westminster, protestors from King's, UCL, LSE, SOAS, and more gathered in Central Hall Westminster for talks by several key speakers. These included Shadow Chancellor John McDonnell, Sally Hunt and key leaders from London-wide universities and colleges.

To an audience of staff, students, members and general public, Hunt began by calling for an end to "year on year pay cuts" and "year on year reductions in staff." As part of her speech, she mentioned previous meetings with HE managements and leaders as part of the journey the UCU have conducted to get to this point.

"When the NFC says 'oh dear we are so sorry you think it's not good enough in terms of pay, we really would like to pay you more' – and I am not paraphrasing, that is what they said in negotiations – we are going to be on strike and we are going to pull money out of that sector if it's the last thing we do."

Praise was showered on students supporting staff and (certain) politicians

"FE members of staff do an amazing job and they deserve decent pay."

Drawing particular attention to charity efforts made on the picket line by Manchester students, Hunt said "it's so important to us to know that our students stand in solidarity with us, so thank you on behalf of our members."

She also referenced the support of political parties, particularly "friends at the Labour Party", in "pressing the government and pressing the employers. "Even the Minister for Higher Education has not been that bad," she continued, suggesting that he wanted the UUK to "get off their arses and get into negotiations."

She claimed that this was a position shared by parents, students and lecturers alike: "it took them till yesterday for the employers to go 'oh yeah go on then, we might just have to do it.' 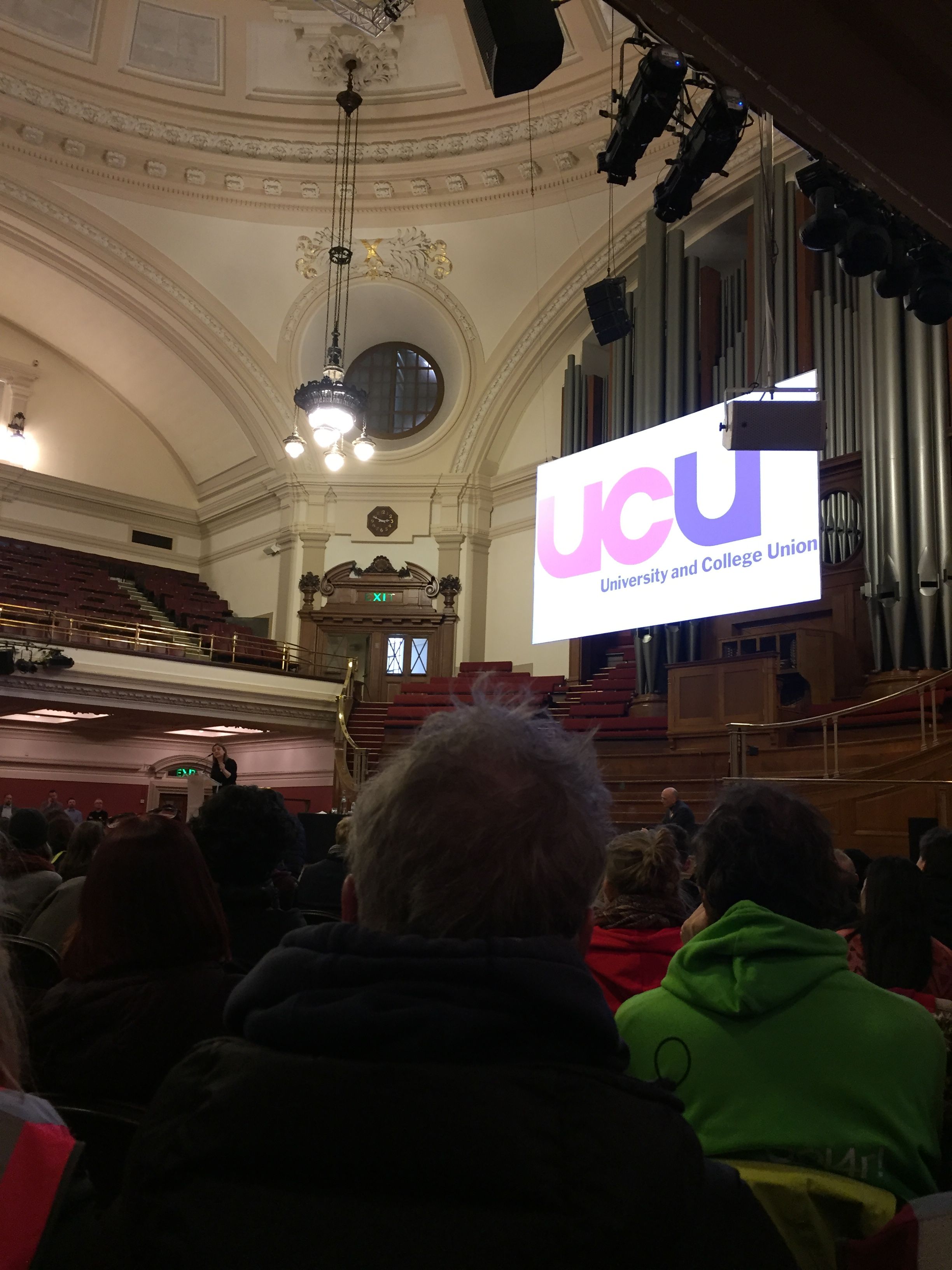 It was made clear that staff members aren't backing down easily

"I want to be clear on that point," she stated, "what we do in these negotiations is say to the employers is that our members want to defy benefit schemes."

Hunt clearly stated that "pensions are pay. Pensions are our futures." The uncertainty that has been created from the government and management controlling what will happen to teaching staff in retirement is unacceptable, and the UCU would fight hard to get out of this situation.

"This union will never agree to that and our negotiations on Monday will again state that case. We need one thing from our members for our negotiators to be able to do that: we need the sacrifices that you have taken so far not to be wasted, we need to redouble our action next week and the week after; making clear that this strike action continues until an agreement is reached."

"We told our employers that our members would not accept the changes that they wanted to impose. We knew that they should not expect members of staff who have paid into a scheme to be suddenly told that 50% of what's gone in there, something they should be able to rely on, is going to be at the whim of the stock market."

Hunt continued to say that, despite the presence of the Trade Union Act, members had always been prepared to strike – and that the employers knew this too. They originally doubted how many students would support their staff striking to save their pensions, but the past five days have proved them wrong.

"Yesterday, I had the absolute pleasure of sitting in a room [with those employers] and seeing them say 'we believe we might have to have talks until we find a resolution… and do you think your members would consider going back to work?" This was met with laughter from the audience and shouts of "no way!" 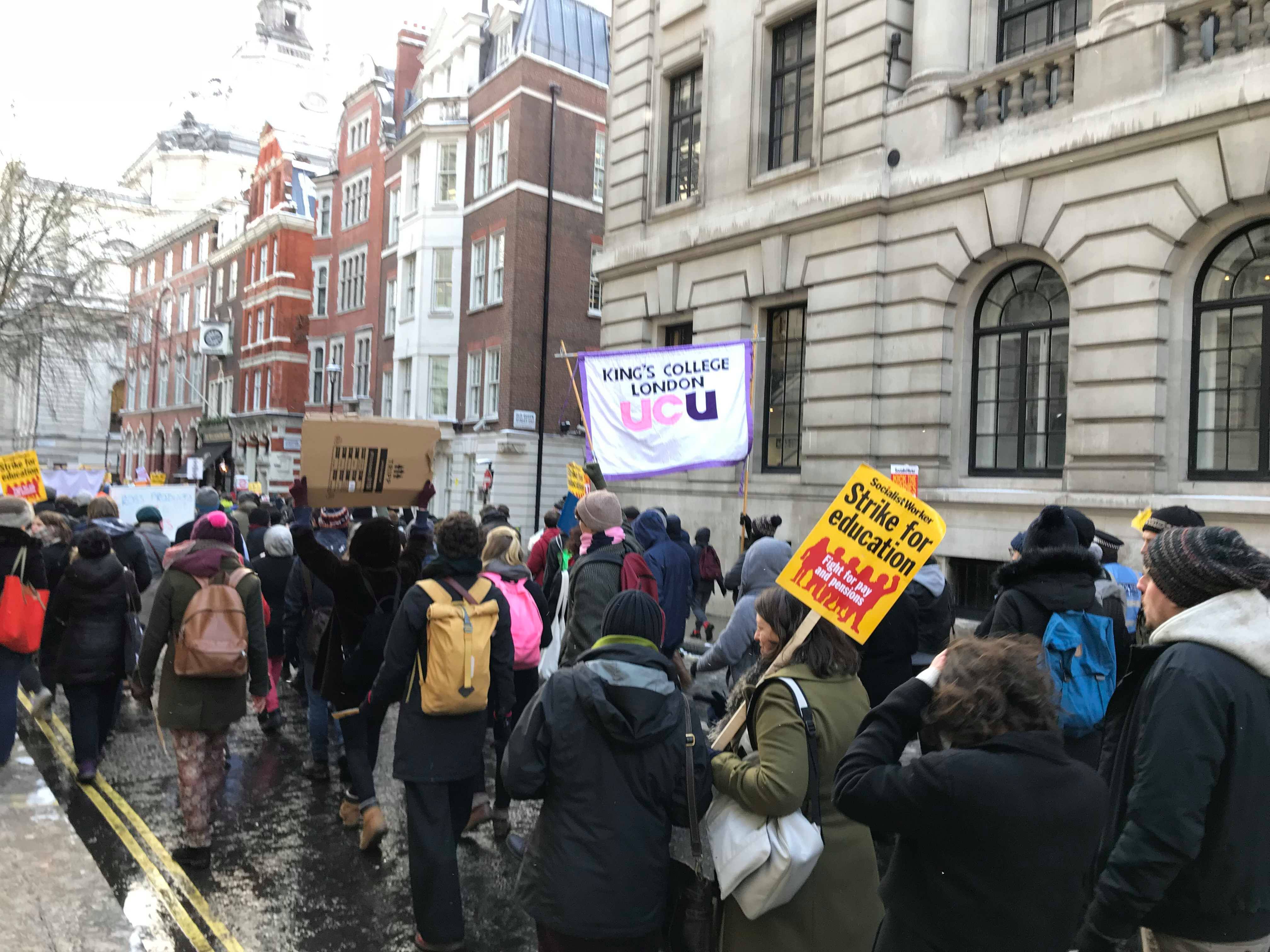 "What I have done today is I have written to every Vice Chancellor in every institution in dispute and I have said to them: 'these are the proposals I have put on the table to resolve this dispute'."

The proposals outlined by Hunt, she claimed, were entirely "reasonable and affordable" further emphasising the UCU's eagerness to "engage" with negotiators.

"In summary," she stated, "it's really simple. We have a scheme that is affordable and that is in credit in terms of live members paying out to those that are having their pension now. We have an investment policy that is working. We have, in effect, a healthy scheme."

She suggested that "this dispute could be over in days" should UUK negotiators be willing to engage. "Until they do that," she said, "the strikes go on."

She then reiterated the need for the UCU to "prosecute this dispute until the end," adding that she hoped that it would be soon.

"But if it isn't," she concluded, "then we will have to commit to further days of action and we will have to be very clear that this dispute goes on into the summer when we have exams and will continue until we get a solution that we think is acceptable." 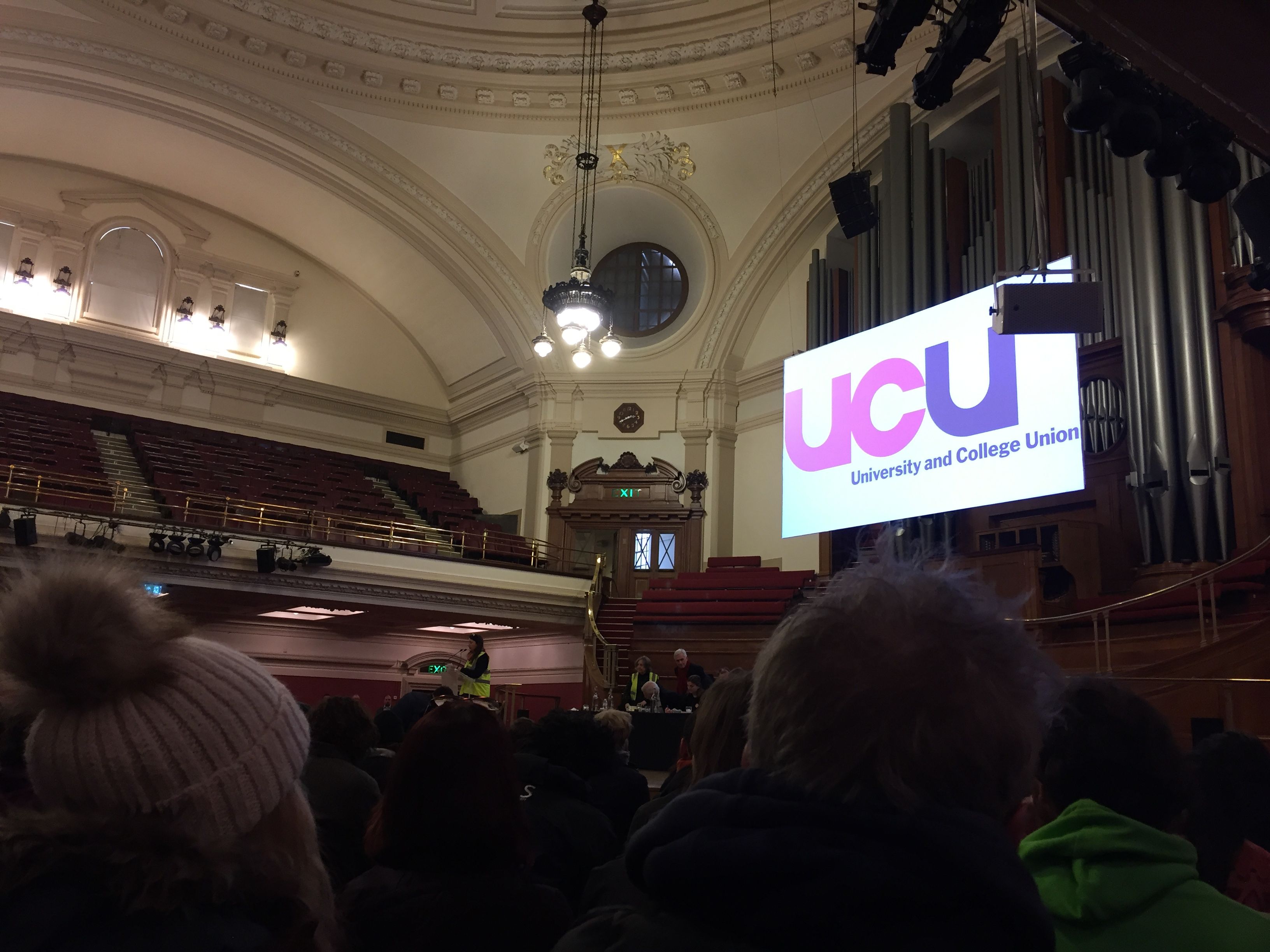