All the post-exam events to watch out for

This time of year is the absolute worst. I'm stressed, you're stressed- and realistically, we're all just counting down the days until we can trade in past papers for pints.

As means of procrastination, I've put together a handy little guide of everything that's happening after exams- as well as how to get your hands on tickets- just to give you all some motivation that there is light at the end of the tunnel. You're welcome. 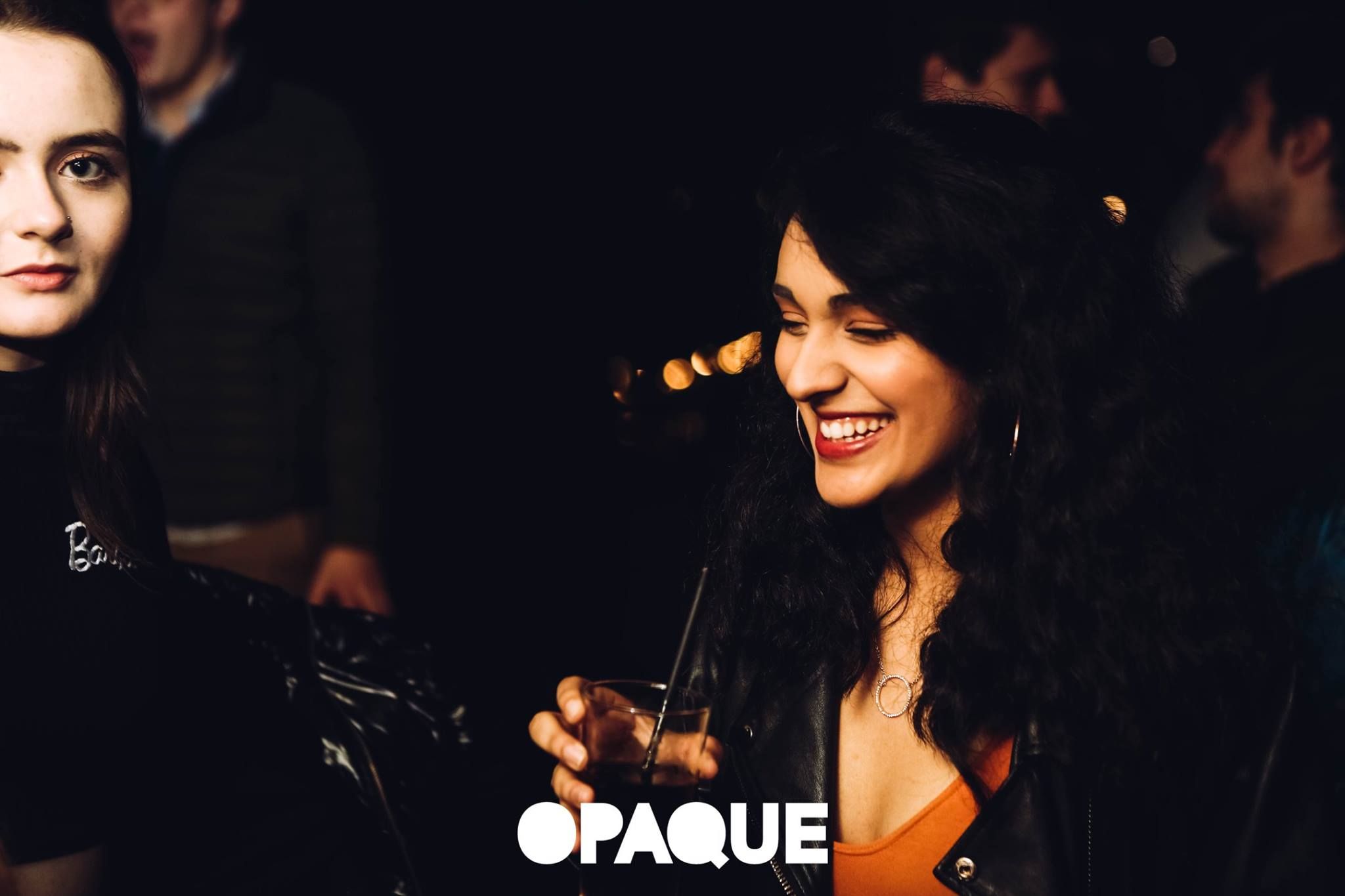 As the first event lined up in OPAQUE’s ‘Summer Slam’, the Kwasiba Savage event promises to be a great one. What better way to celebrate the end of exams than a spot of daytime cruising down the river?

Kwasiba Savage is a DJ famous for her work as a regular presenter on Worldwide FM, and also hosts on NTS Radio.

A two part event, you’ll start with the boat party, before hitting the Library Terrace, where the tunes will carry on into the late evening. There is a Terrace only option if you don’t quite want to jump in the deep end, though. 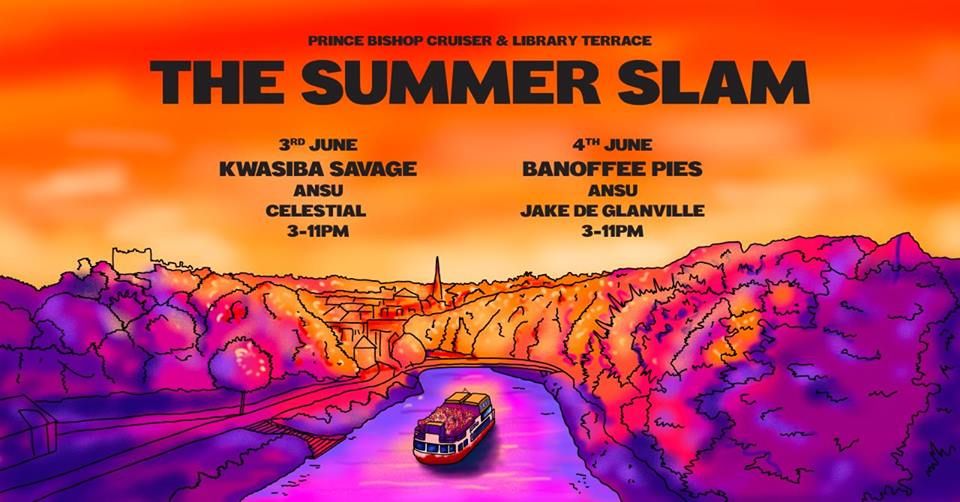 Banoffee Pies are a Bristol based DJ duo consisting of DJ Autumn and Sandy (Dr Banana), and are becoming increasingly famous among the dance music scene. With previous experience as guests for the likes of Worldwide FM, NTS, Balamii, NOODS and BBCR6, who better to headline OPAQUE’s second event of their Summer Slam? As with the Kwasiba Savage event, there is the option to only opt for the Terrace part of the event.

Grab tickets here on FIXR. Boat party tickets are currently sold out, but the Terrace only option is still available.

Bringing the vibe to the tide, Boatchella Festival is Durham's solution to end of exams. Think Coachella meets Cowes Week. Boatchella are hosting a series of post-exam, late night booze cruises, to bring California to Durham. With a whole host of drinks deals and live DJs, they'll be partying down the Wear on both indoor and outdoor decks. First release tickets on Fixr start at just £7, but be quick, or else you'll miss out. 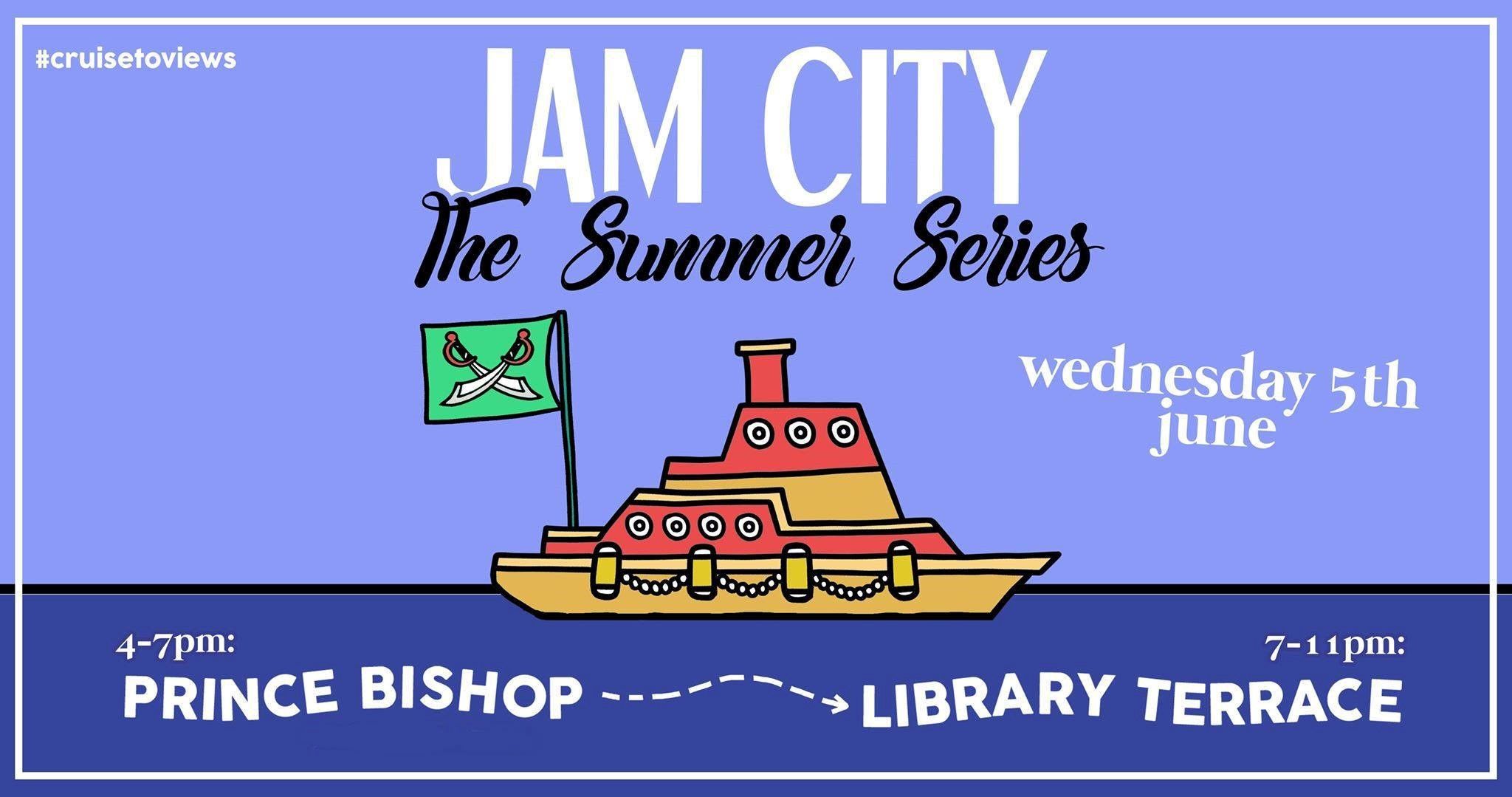 Comprising two boat parties on the Prince Bishop Cruiser, Jam City’s “Summer Series” has dubbed itself “the most intimate and most oversubscribed” event of the year. Promising a transition “from cruise to views”, if you opt for the Wednesday event, you’ll have the added bonus of an evening on the Terrace afterwards.

See here for the Wednesday event. The Thursday cruise is now sold out. 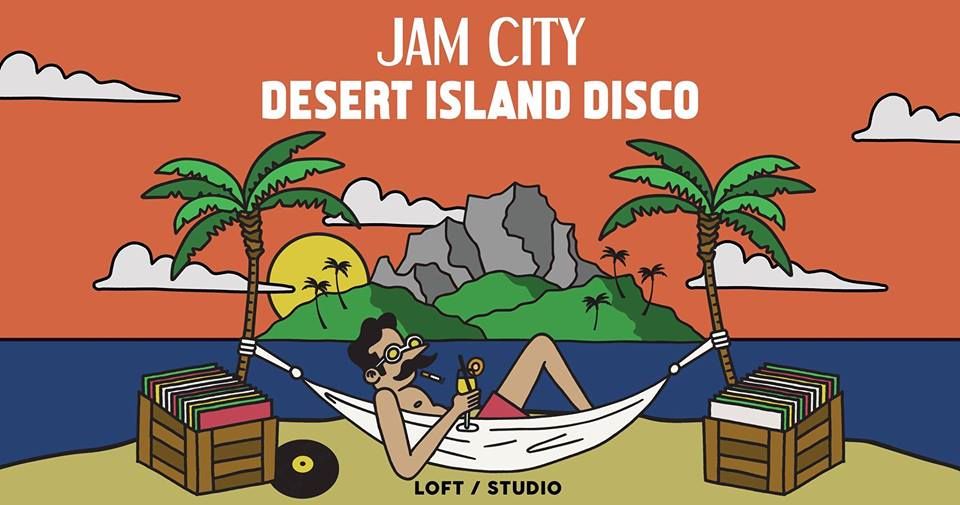 Jam City's final ever event at Loft or Studio, this is their big one to mark the end of exams. Artists are still to be announced, but expect two rooms of disco, hip-hop and house. They've promised us they'll be going all out, so we can see them off in style.

Bingo is no longer something only your Nan plays (apparently), and Players has been quick to jump on the trend. Boujee Bingo is back with a summer instalment. Details haven’t been released yet, but keep an eye out for more info coming soon. 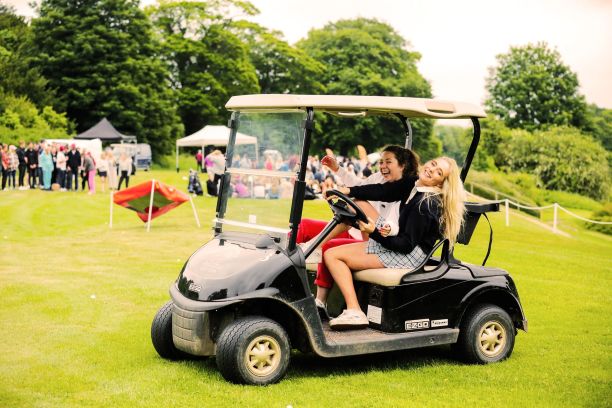 Move over, darts: rumour has it that golf is the new sport to get your teeth into. An already popular London event, 1PUTT is coming to Durham for the second year in a row, for an “Après Golf” extravaganza, on the backdrop of Brancepeth Castle. Think festival vibes and day drinking, rounded off by a Jam City after party. Expect DJs, fancy dress, and plenty of holes in one.

1.30pm – 7.30pm, Brancepeth Castle Golf Club. Be sure not to miss the coaches back to Durham (there’s always someone who does), so you can make it to Loft in time for the after party. 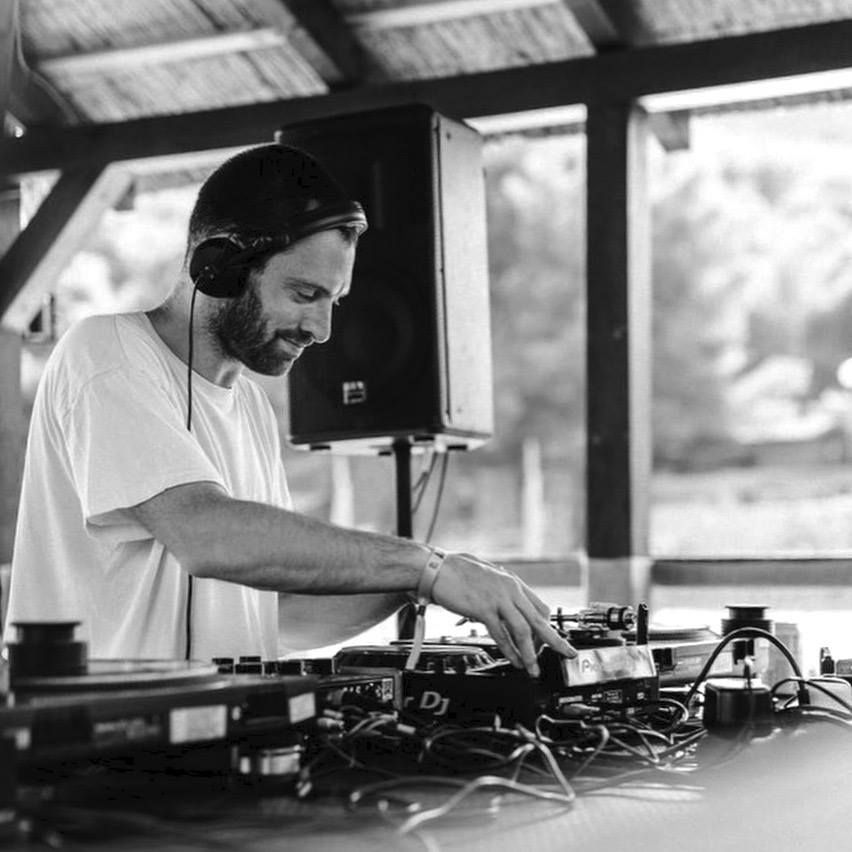 OPAQUE are literally flying DJ Mendel in from Brazil for this one, so mark my words when I say it’s going to be BIG. Born and raised in Amsterdam, Mendel started his career back when he was a teenager, and has since racked up experience all over Europe and beyond.

It’s bound to be a busy night, as it’s doubling up as the after party for Durham’s "The Line Up" Fashion Show. Make sure you get yourself in there for a night of fit tunes, as well as the chance to pull a fit DU sportsperson who’s just modelled in the show. Win win.

OPAQUE are also offering the chance to win tickets for you and three friends- and you get to pick which of their events you want. Just click 'Going' on the Mendel event on Facebook, and tag your friends on the wall.

Keep your eyes peeled for more details on this mega day and night dance party, which is running from 3pm-2am. They've promised a "super exciting" booking, for which details will be released soon, and ticket release is to come in the next few days, too. 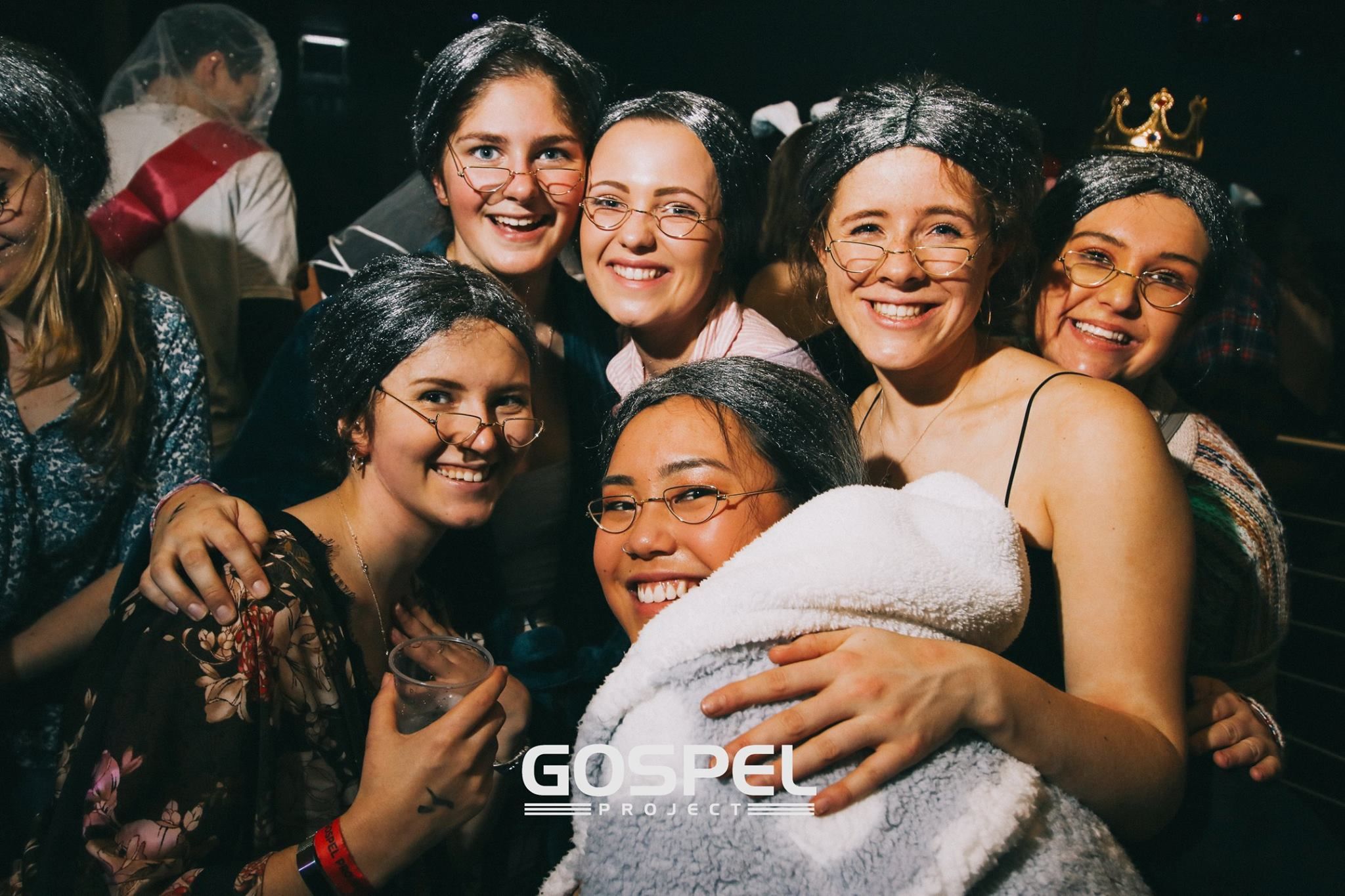 It's the one we've all been waiting for. I personally believe that no Durham student should be allowed to graduate without going to Gospel at least once. It combines all my favourite things: fancy dress, bouncy castles and getting drunk during daylight hours.

Let me sell it to you: because you’re finished by early evening, you can be back in bed by 8pm, and get enough sleep to feel nice and fresh the following morning- no damage done. With only one Gospel event per term, you’d be daft to miss out on this one- and it’s not like you can use summatives as an excuse this time. I know I’m planning my costume already.

How do I buy tickets? 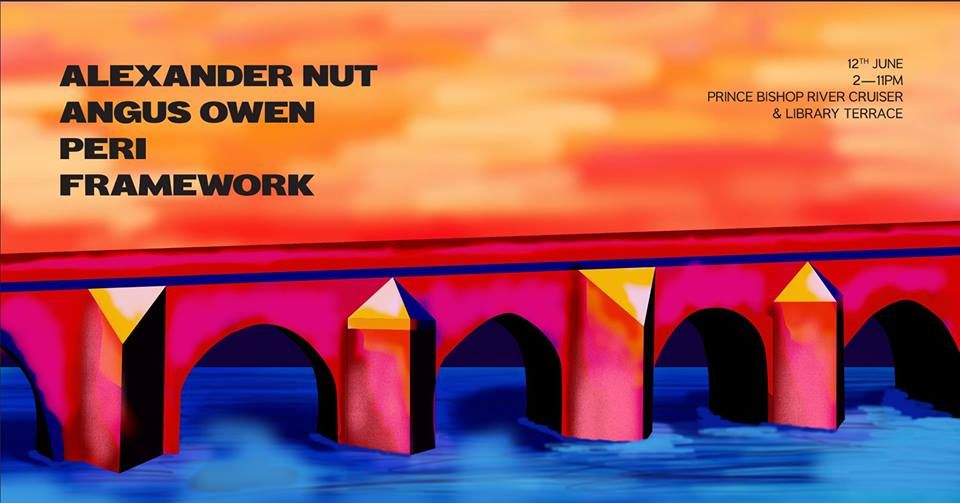 OPAQUE have made no secret of the fact that they've been trying to get Alexander Nut on their books for a while. Now it's finally happening, with their all day affair on the Prince Bishop, before moving onto the Terrace.

Their final boat party, and the one that's drummed up the most interest so far- boat tickets are now sold out, but you can still bag yourself a Terrace only option.

Let’s face it, Thursdays in Durham can be a bit drab. Fabs are out to change that, though, housing the launch of new Jungle, Drum and Bass night, Kamodo. Get ready for a night of "hard hitting classics", and sounds "never before heard" on the Durham music scene. Oh, and it’s free entry- what more could you want?

Tickets aren’t needed, but info on the event can be found here 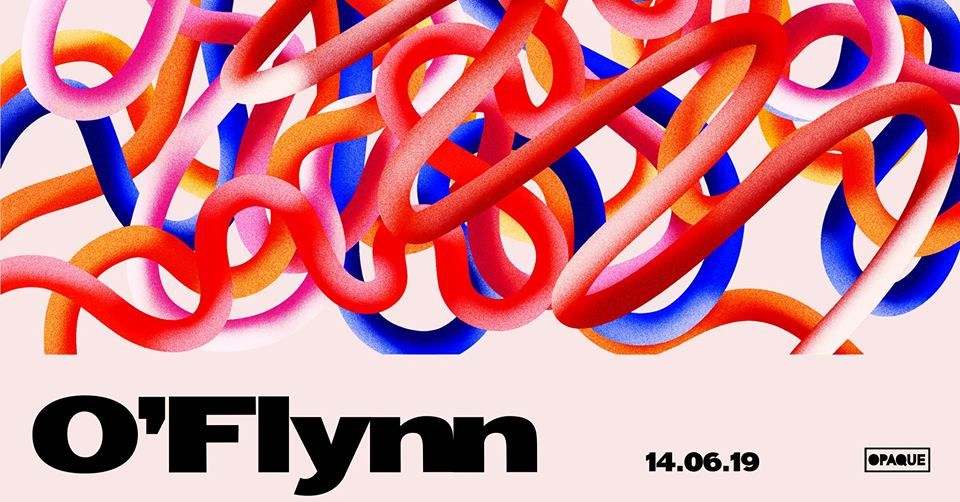 A London based DJ, highly acclaimed by Boiler Room, O'Flynn is hitting Loft to see off the OPAQUE summer series in style. A staple sound at festivals across the country last summer, he'll be bringing some of the best electronic dance to your Friday night. First release tickets are on sale now, so make sure you're getting one. I know I will be.

Get yourself onto FIXR here 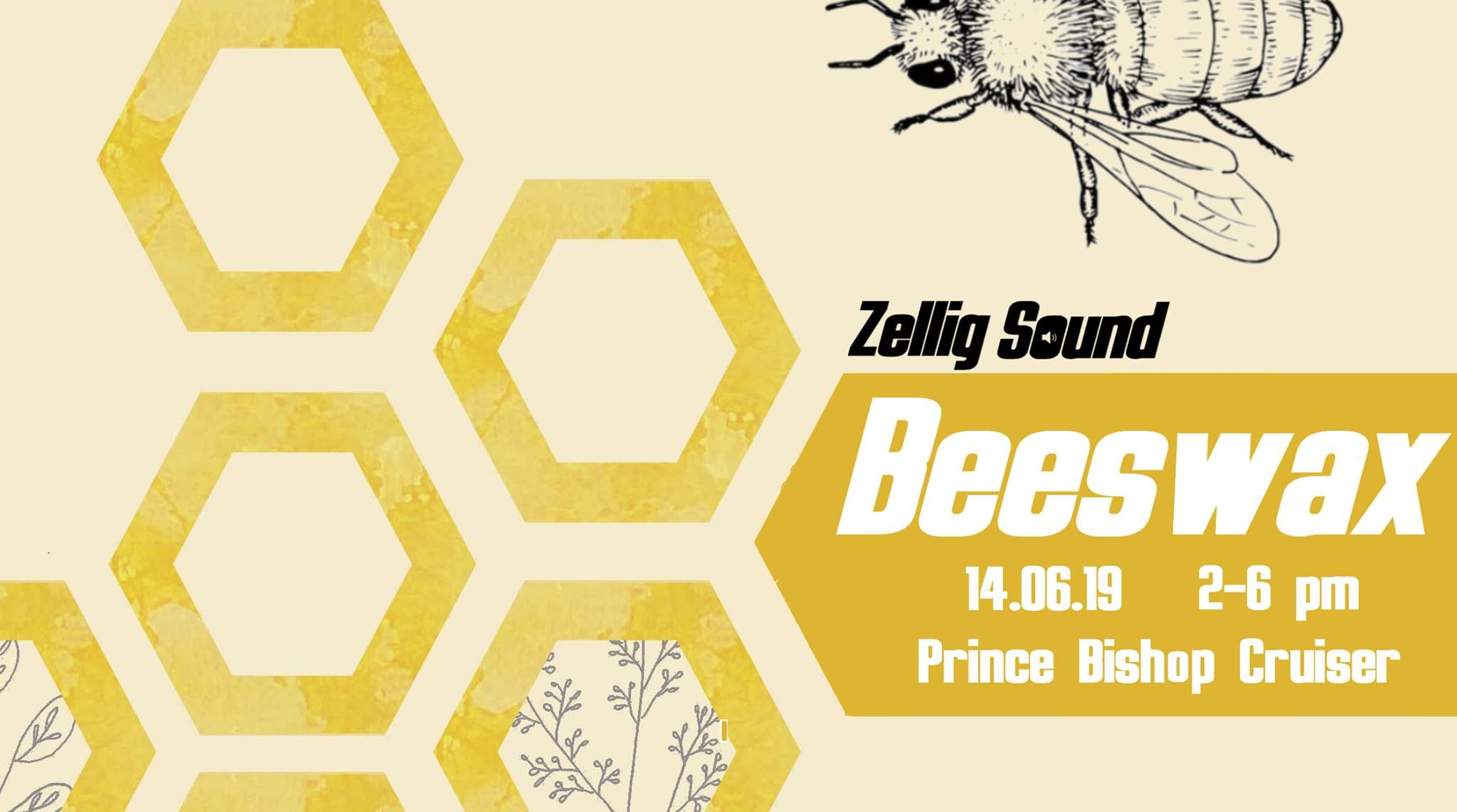 If you've made it through all these boat parties without toppling into the Wear yet, kudos. Now, Zellig Sound are here with their offering of daytime shenanigans. Expect reggae, dub and drums, and with more artists to be announced, this might be one to watch. 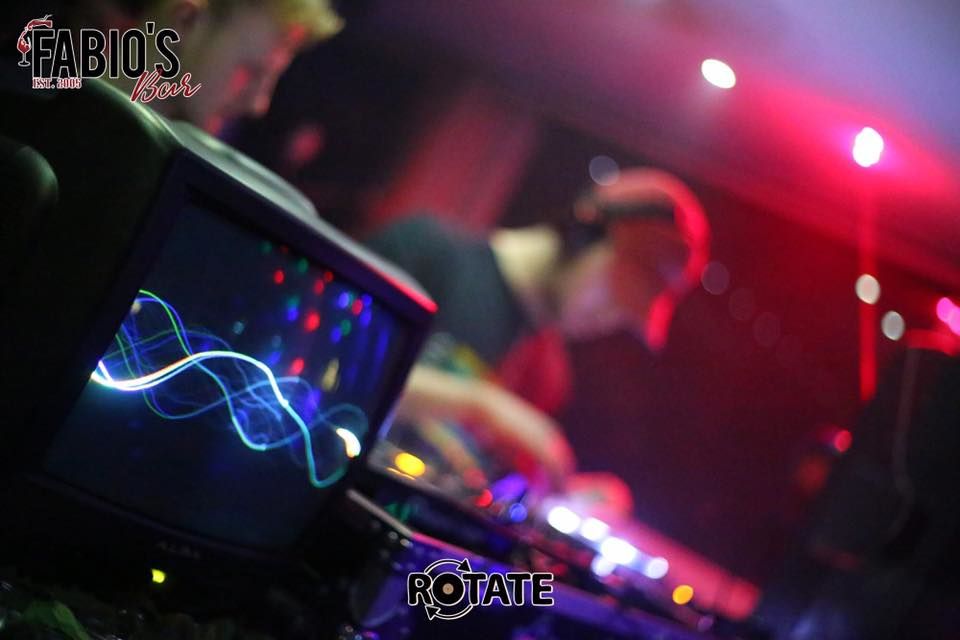 Rotate have spent this year firmly establishing themselves at Fabs on a Wednesday night, making the biggest news in February when they announced Love Island scouts would be attending one of their events.

Now they're shifting locations, with both a Sunset Cruise on the Prince Bishop (which is now sold out), as well as a newly announced Sunrise Cruise earlier in the day. Tickets for this go on sale on Monday 29th April, so get yourselves ready- it's one that'll fly out.

Keep your eyes peeled too for the after party details. 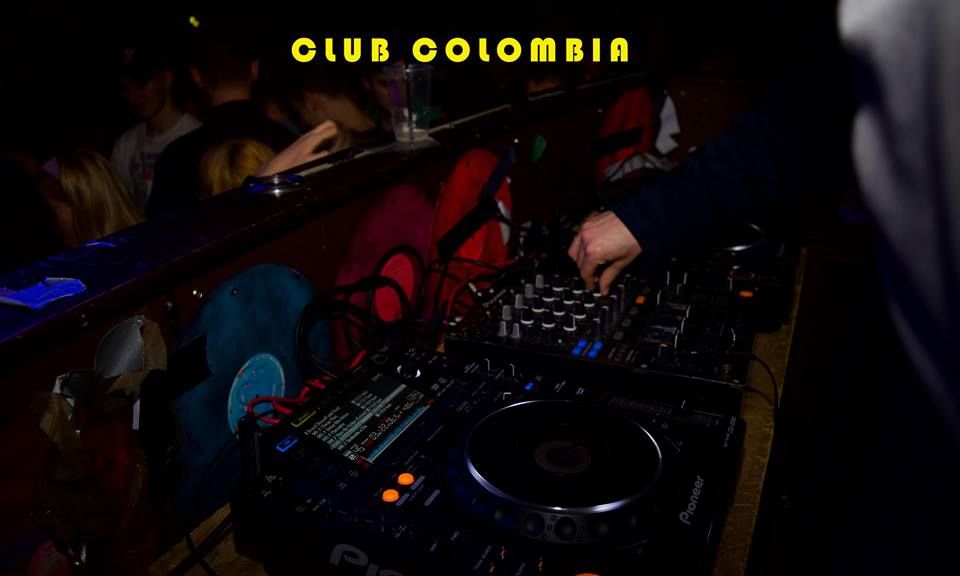 After a successful two terms at Loft, Club Colombia is back for an Easter term instalment. Expect all the latest new summer hits along with all your favourite classics.

Tickets are yet to go on sale, so keep an eye on the Facebook event for more details.

Look out for announcements on the event page

What else should you be looking out for?

You might remember 346 as a night at Loft last term- and now it's back. 346 markets itself as Durham's only R&B night, "bringing much needed tunes to a night out culture saturated with disco". They tell us they're keen to bring together a like-minded crowd as great as the one last term, so keep a lookout for announcements from them in the next few days.

The usual Monday nights will be carrying on, with an added Princey B boat party happening on Monday 3rd June. Find tickets for that here.

Klute's just Klute, isn't it? Tuesdays seem to be a good night to go for- cheap and cheerful.

Swingers Mondays are still going to be in full swing (ha ha), as well as the infamously popular Players Wednesdays. 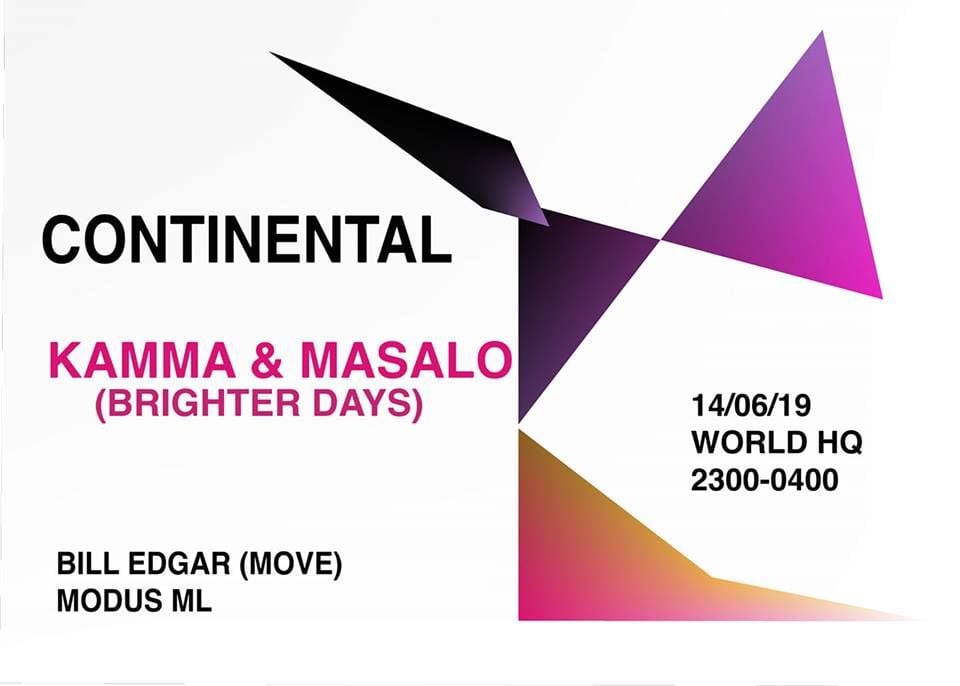 Friday 14th June will see the debut of Durham student-run night, Continental. We spoke to the DJs behind it, who promised us a "blend of world music", with "two experienced selectors". Find out more about them here .