The individual has been called a ‘man-child’

According to a DJ at the club, someone has deleted the Metros nightclub Facebook account causing years’ worth of photographs and “memories”  to be lost.

In a Facebook post, the DJ said they were “really sorry” to those who had been affected by the loss, and labelled the individual to blame a “man-child”. It continued to say that it has been “a pretty tough week for everyone involved”.

The Cardiff club, who put the event down to “one idiot’s actions”, are apparently attempting to retrieve the lost photos, with the post saying “hopefully we can get them back online for you”. 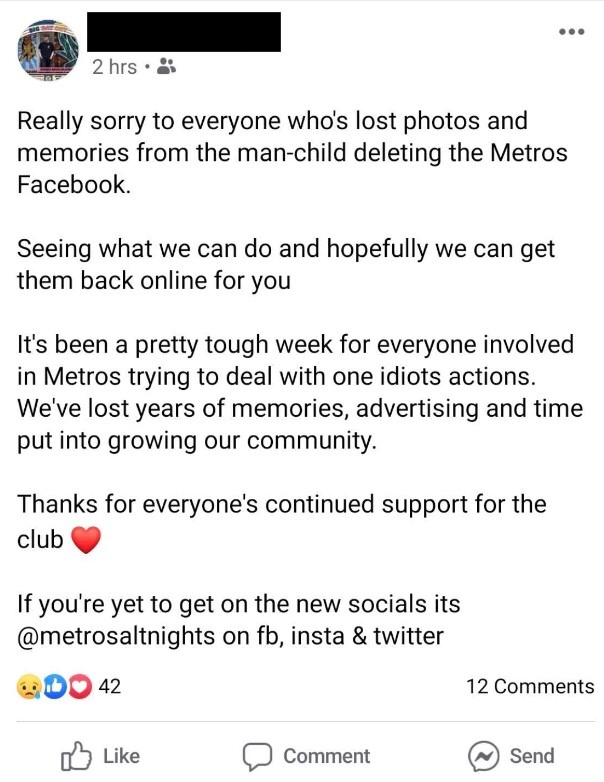 The club has since created a new Facebook page.

In a post on Friday, they wrote “it’s good to be back” but were vague about their time away from social media, simply stating that “unfortunately we’ve been absent”.

Their Twitter also failed to detail their absence, with the tweet claiming they have “revamped” their social media platforms.

The Cardiff Tab contacted Metros and the DJ who made the post for comment but they declined to do so.

This article will be updated if more information becomes available.

Tiger Tiger is closing down for good