KFC has really outdone itself

Since it's Veganuary, we thought it was time to try all the new foods popping up in fast food restaurants and along the high street. From the perspective of a veggie, joined with some meat-eating friends, we honestly rated each food out of 10. 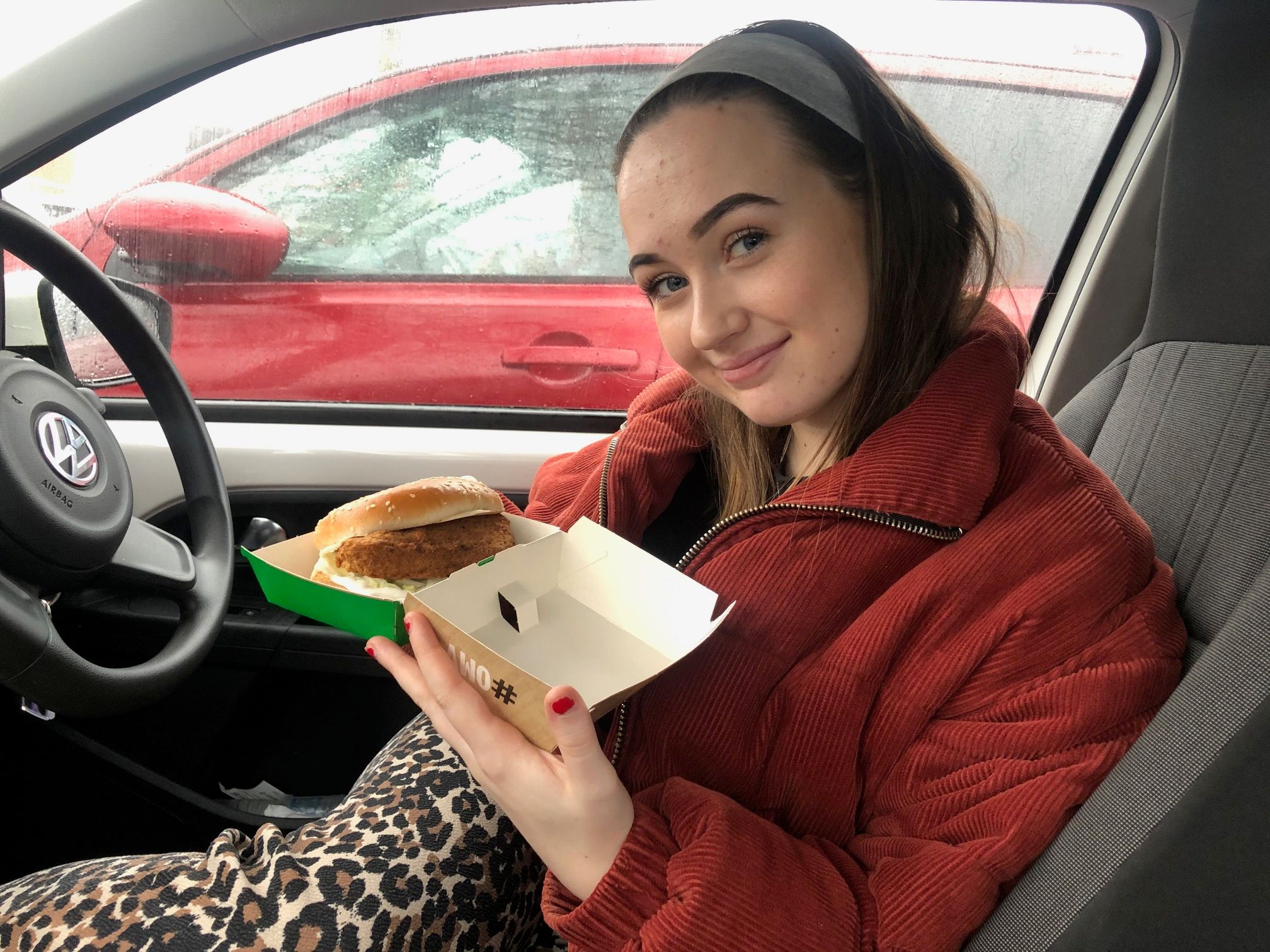 This burger has been blowing up social media with reviews and with my expectations high, they were successfully reached. Scoring a 10/10, this burger ticked all the boxes. It had a crispy Kentucky fried exterior and an impressive chicken-tasting fillet. Kate, a meat-eating friend said she wouldn't know if it was chicken or not, SUCCESS.

However, us veggies and vegans can't eat the fries as they're fried with the popcorn chicken *sad reacts*. This is the downside to KFC so maybe they'll up their game soon.

To make this burger even better, you can have it delivered to your bed with Just Eat and KFC home delivery. 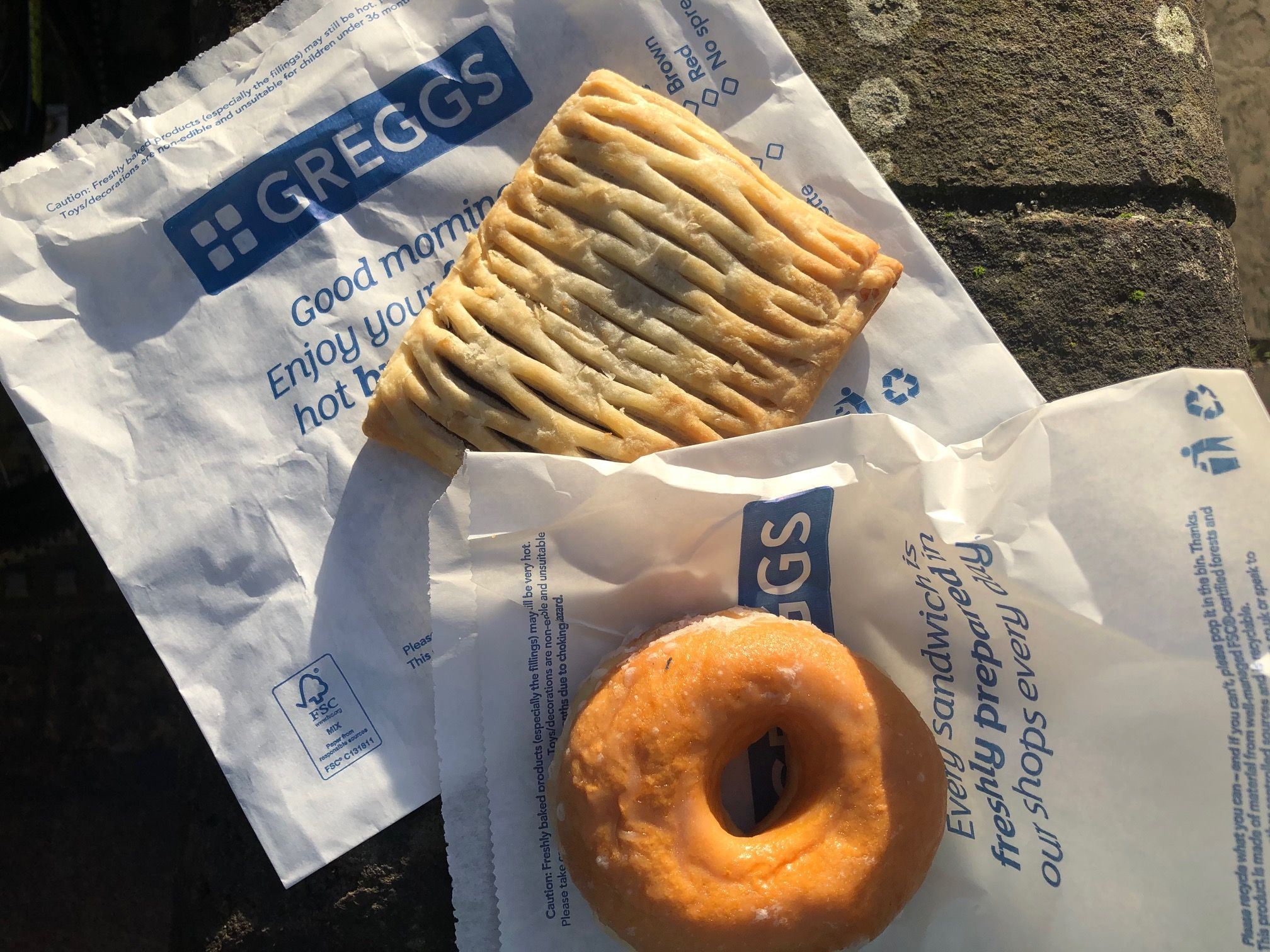 Yes, you read it right, a VEGAN DOUGHNUT

After the insane launch of the vegan sausage roll, I just had to try the steak beak and I did have high expectations. But it just didn't live up to the sausage roll, I was disappointed with the mushy and flavourless filling. They tried to replicate the steak chucks but it just didn't quite do it for me. A meat-eater said it had the meat gravy taste, but as a veggie there are nicer alternatives out there.

But the doughnut scores a massive 10/10 because it genuinely tastes like a regular doughnut! Just as light and fluffy, although containing no eggs or milk, Greggs smashed it with this sweet treat. Well done Greggs! 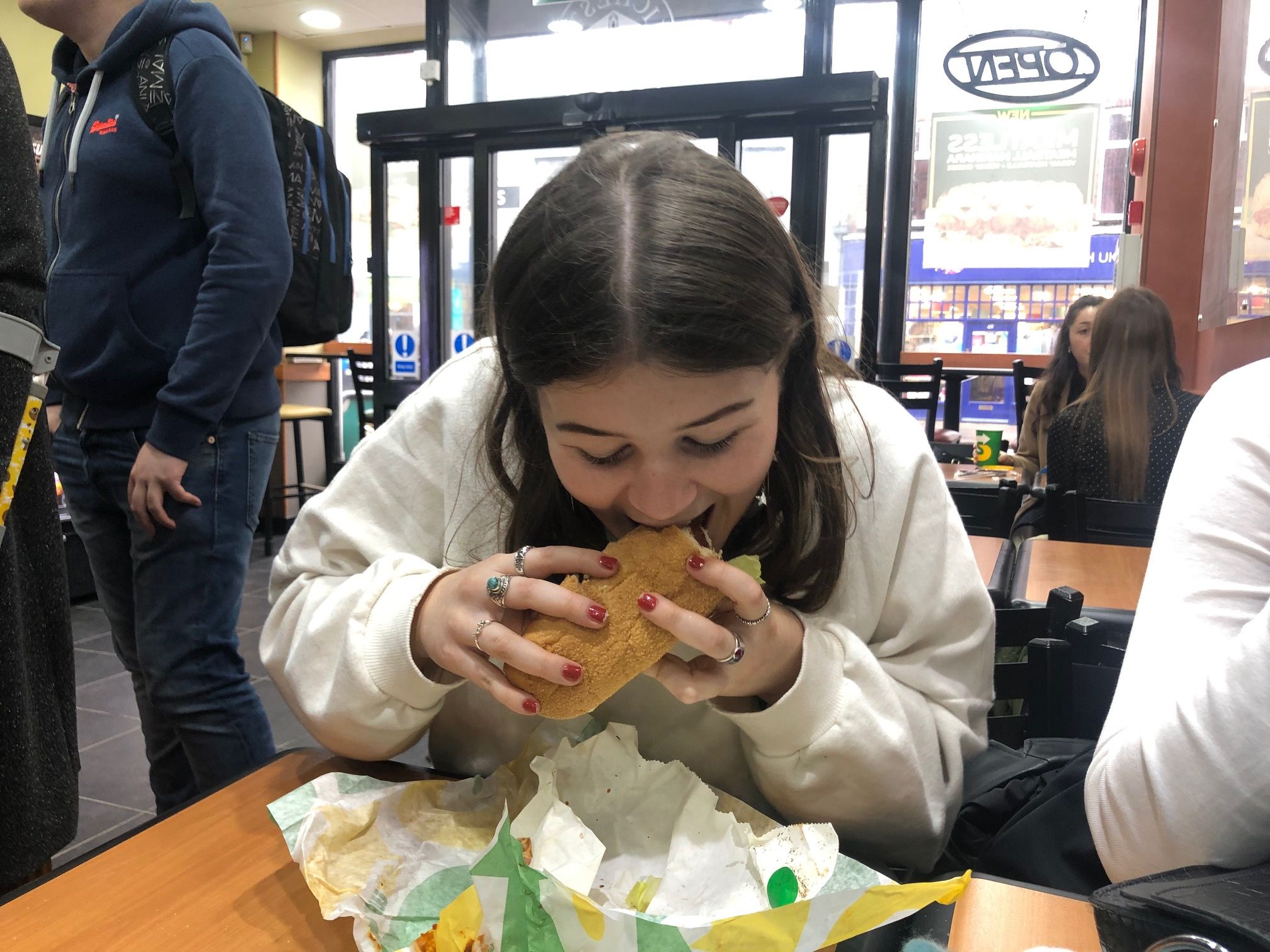 With Vegan cheese AND the option of Vegan garlic aioli

I wouldn't normally opt for a Subway, the veggie options are purely vegetables and nothing exciting. But I will be sure to go back and get this! The sauce was rich and tomato-y, and oh boy, the meat-free meatballs were so good. To make it even better, they even have vegan cheese now and it tastes just like normal cheese. Like every sub, it's a bit of a messy one but the taste is worth it. You can't get these delivered yet, but I'm sure Subway will get right on this. 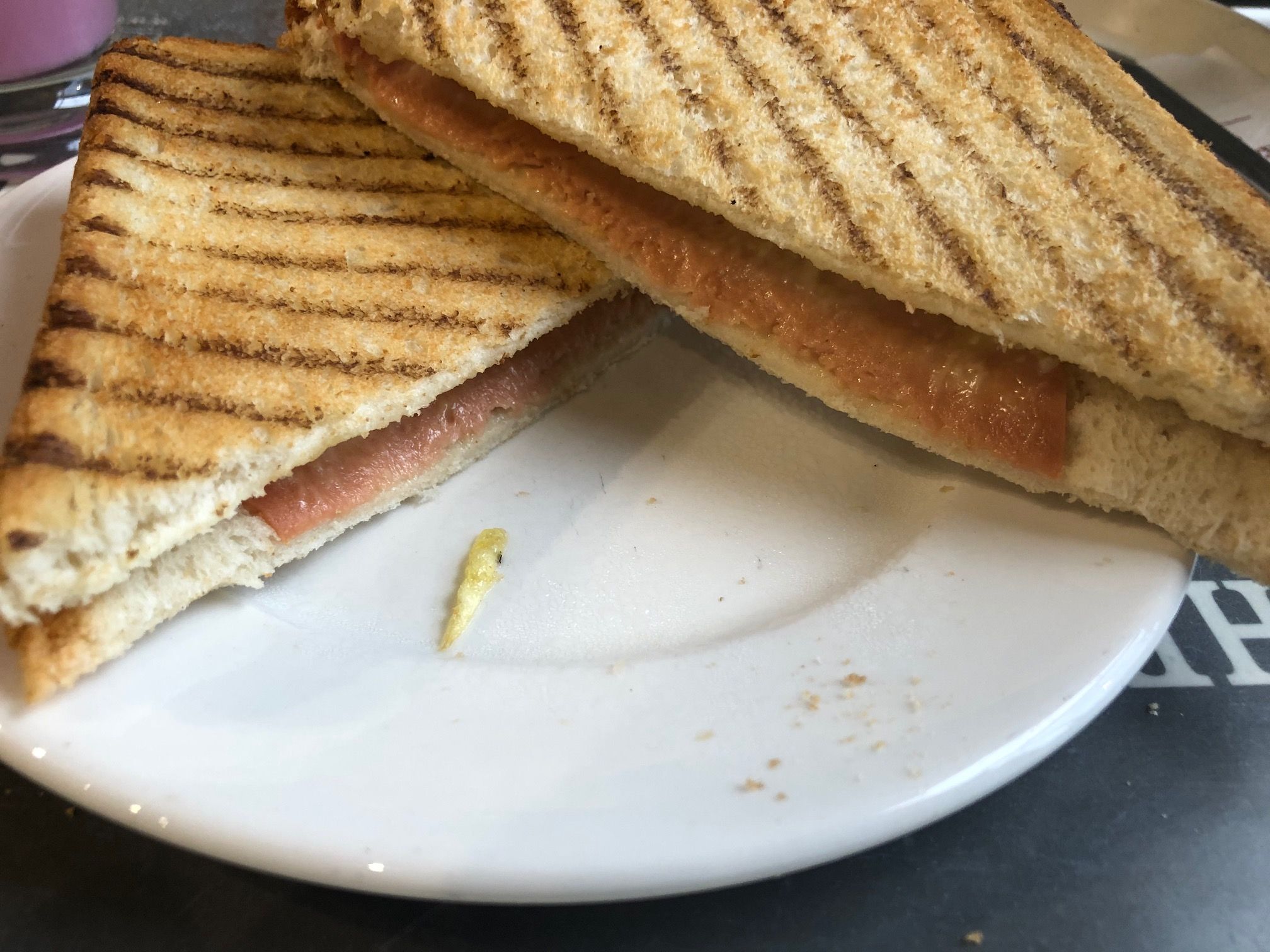 Not the best looking, but don't judge a book by its cover!

Without remembering what ham tastes like, I had my meat-eating friends to help me. They said it did taste like ham but the colour was a little off-putting. It is very pink, replicating salmon rather than ham.

BUT, the cheese was beautiful and perfectly melted, tasting just like dairy cheese. How about trying this vegan toastie rather than the meat one and you know, save the planet a little more? 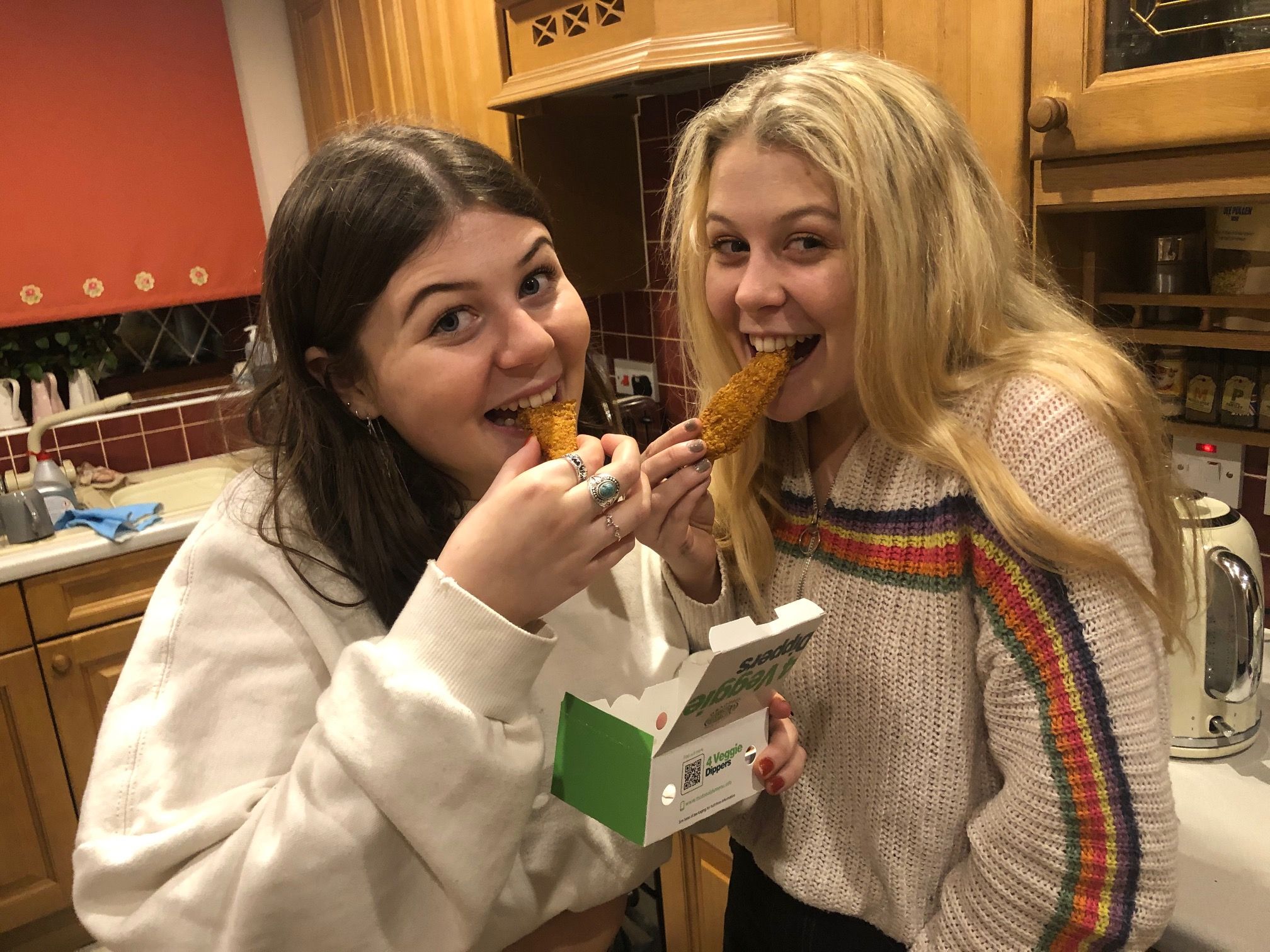 McDonald's have not hit the mark here. They've practically mushed up some vegetables and fried them. Although they are nice and crispy, they are super bland and for £3.29, not worth my money. So, it's a 4/10 from me. At least the fries are vegan here (sorry KFC).

Not sure about any other veggies/vegans, but I'm waiting on meat-free nuggets please Maccies!!

Vegan food is becoming super popular, super fast. So if you want to jump on the bandwagon, you now have some honest reviews to help you tuck into your favourite vegan grub.

• Veganuary: Your guide to vegan beauty on a student budget