From Cardiff’s win, to coach nightmares: here’s the low down on this year’s Varsity

WH Smith isn’t what you think it is…

So while we're all suffering from the aftermath of the booze and lying in our beds feeling sorry for ourselves, it's the perfect time to catch up on everything that happened down in Swansea.

From shits, giggles, shouting, chanting and even a rave to end the night, anyone who went knows that Varsity was a day of total mayhem.

People were denied entry into Sketty Lane of all places

Those on the 3:30-4:30 buses were denied entry into Sketty Lane and were told they were only able to see the rugby match at 7pm. It caused outrage as people complained they paid the same price for their Varsity tickets as other students, and were not told officially they wouldn't get into Sketty Lane.

A first year said: "it definitely wasn't any time any place", referring to the optimistic slogan on the Varsity tees. 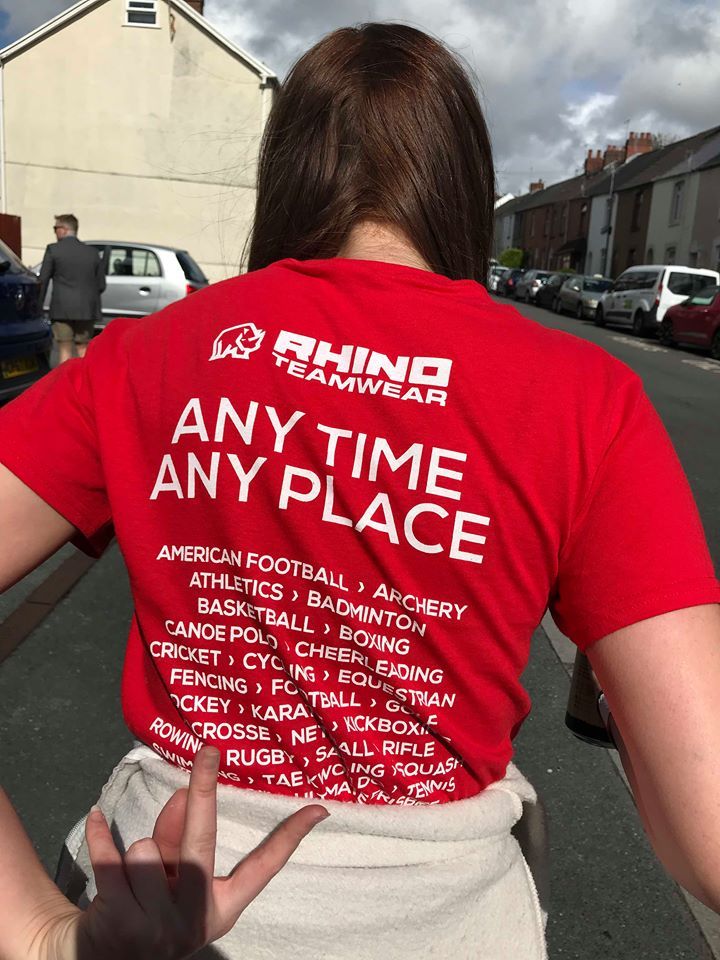 Cardiff uni snaking us out

The beer tent ran out of plastic cups

For those who did manage to experience Sketty Lane's antics, outrage broke out as the beer tent ran out of plastic cups. I don't know, we travel down from Cardiff in smelly buses, queue two hours for drinks, only to find that Swansea don't supply enough plastic cups for their guests. To make matters worse, the drink tokens that most students spent twenty pounds on were non-refundable. I bet those in green tees didn't hear this excuse. 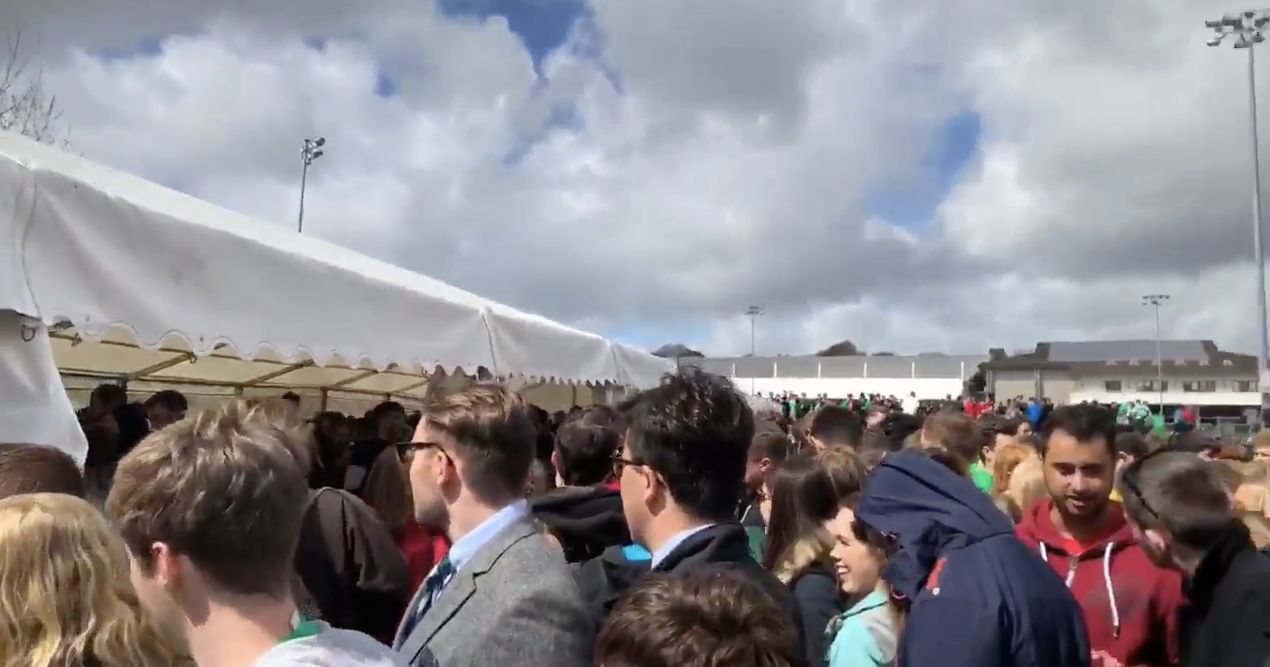 So after having a few (or 10) bevs with your mates on the buses down to Varsity, all the booze obviously takes it toll on your poor little bladder. But hey, guess what? The bus drivers really don't care lol. Many students weren't allowed to use the toilets on the hour long journeys to Swansea.

A Cardiff student said: "apparently someone peed on the floor but it actually went on my bag. I’m just praying it was drink and not wee." Rumour has it, some students were so desperate they even weed in crisp packets. Honestly, our mums would be so proud. RIP our personal hygiene standards.

We were outnumbered by green tops

Ok yes we were in Swansea Uni's territory, and yes we had coach nightmares so probably many Cardiff Uni students stayed in the Diff, but we were unbelievably outnumbered by green tops. But that didn't stop us sticking our noses up at the Swansea scum, "your dad works for my dad, lalalalala". 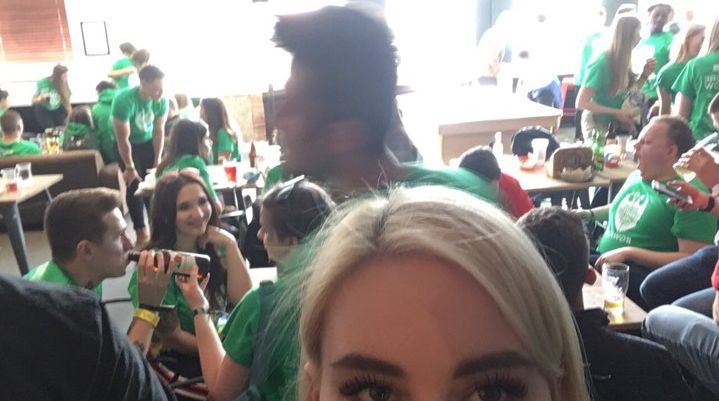 Too much green makes my eyes burn. 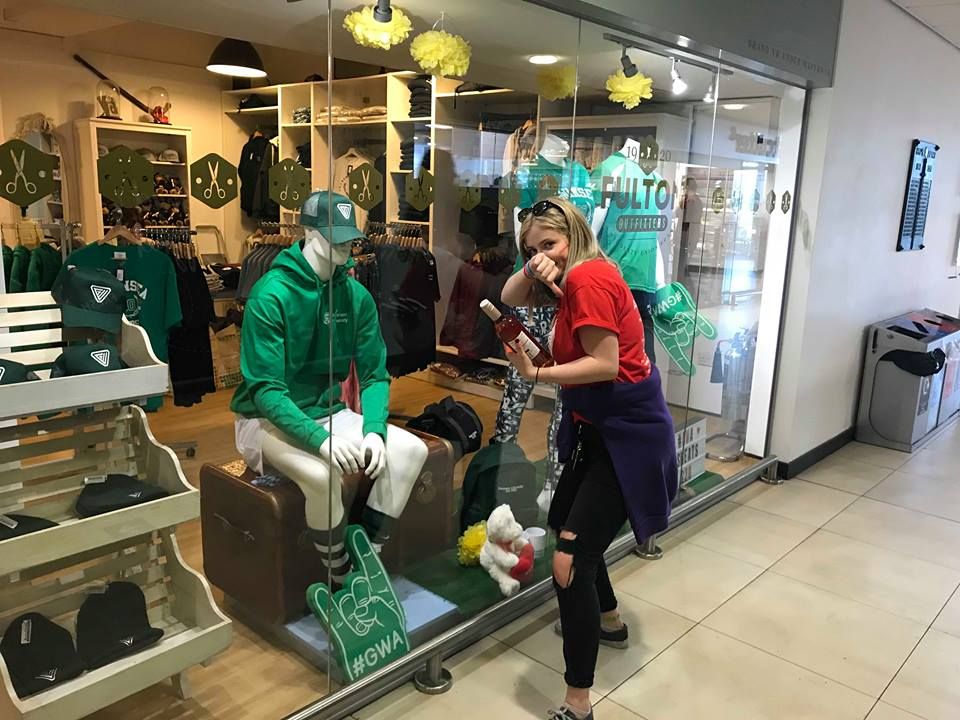 WE WON THE RUGBY

Anyone who attends Varsity knows that the Men's Rugby event is the most important part of the day. With the Varsity shield at stake, our nerves tingle at the anxiety of losing, or the excitement of winning. But this year was different, we won the rugby with a score of 23-15. Granted it wasn't the huge defeat we all wanted but it's a win regardless. Swansea were green with envy. 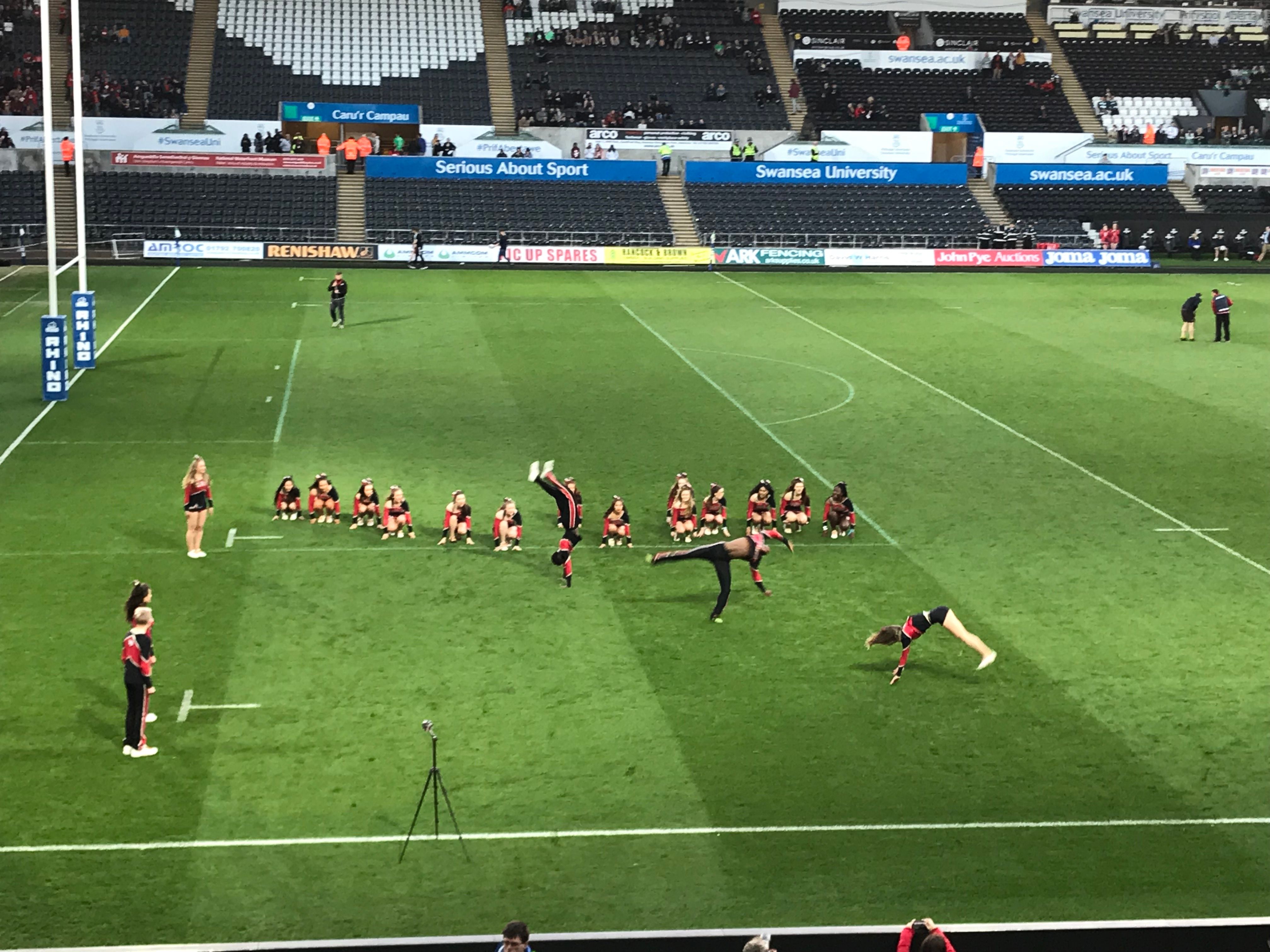 Me doing a backflip when we beat Swansea x

And of course, we got our shoes off

The rugby game isn't complete without our classic Cardiff chants. They all made an appearance at some point, but the most memorable for us drunken messes was 'SHOES OFF IF YOU HATE SWANSEA'. Not even the annoying converse laces could stop us. 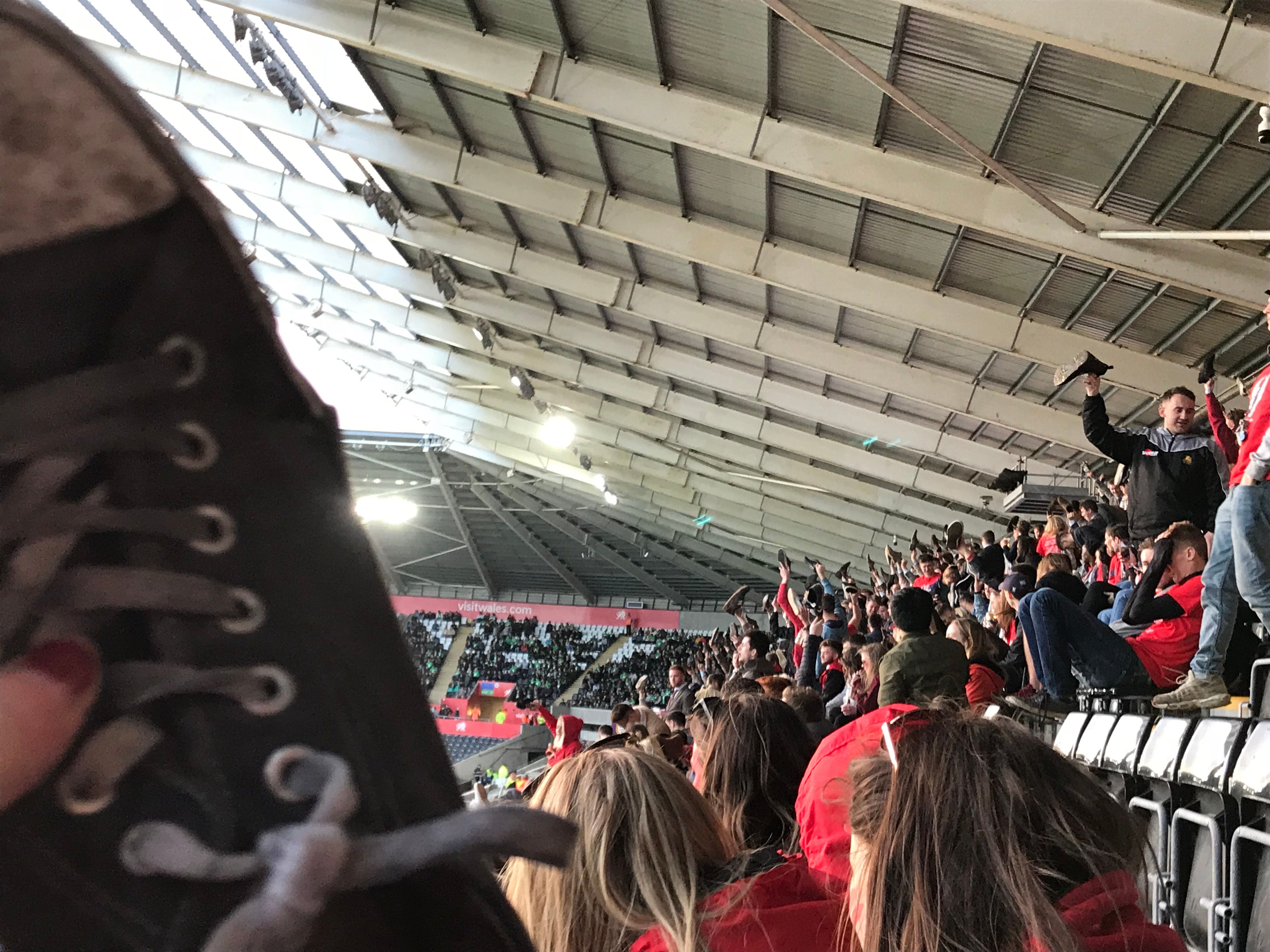 Holding our shoes in the air was deffo worth every moment

WH Smith showed us how SU Wednesdays are done

It wasn't your average YOLO night, something big happened at the SU last night, something none of us have ever experienced before. The traditional stationery and book shop WH Smith was transformed into something we didn't know was possible. It became one big rave. It was absolute mayhem and we couldn't get enough of it, dancing to the vibey music until 3am. What a solid end to Varsity 2018. 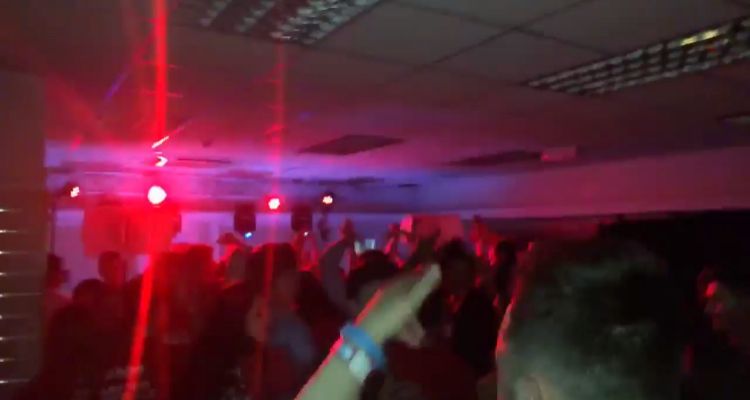 All in all, Varsity 2018 was a memorable one. We won the majority of the sports and the overall Varsity. The shield came home to its rightful place and we stripped Tesco dry of its booze. Cardiff Uni students, you've done it again. But hey, don't let the Varsity blues kick in too much, only 364 days until the next one!

It will obvs be better next year if it's in the Diff, team red rule.