Tiger sanctuaries are evil, and they’re finally being shut down

At Tiger Temple they found 40 dead cubs in a freezer

It’s taken hundreds of British tourists taking idiotic selfies with sedated tigers and 40 dead cubs found in a freezer for Thai authorities to clamp down on sanctuaries.

Tiger Temple was once a bucket list destination for anyone travelling in Thailand. It was where you’d take your obligatory tiger selfie – without any thought for the heavily sedated tiger you were lying next to.

News has broken overnight that one temple, nestled in Kanchanaburi, is being closed down in a huge attempt by the Thai authorities to prevent animal trafficking and cruelty – and the conditions they found were truly awful. 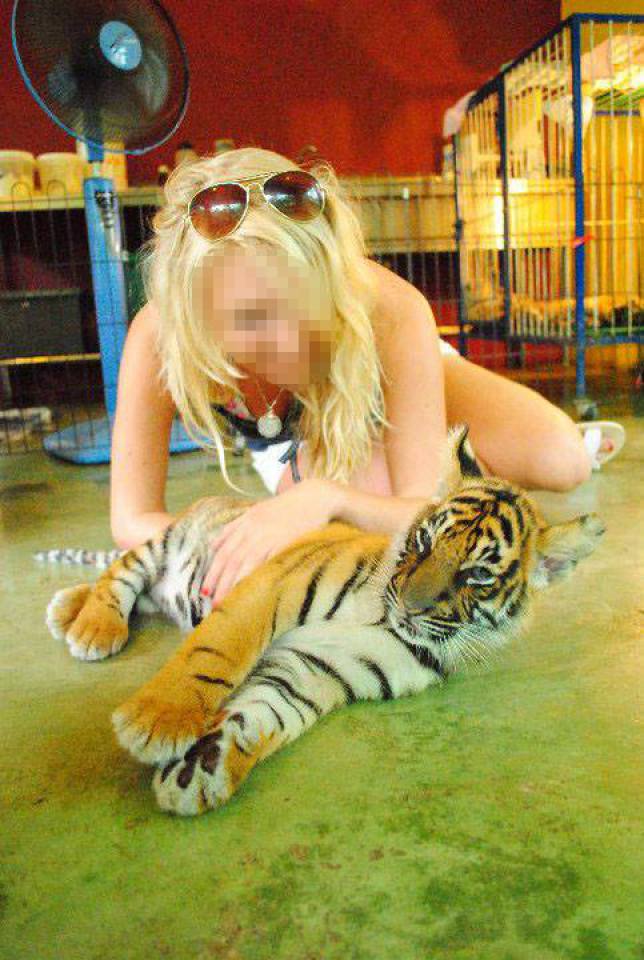 Run by buddhist monks, the temple was found to have a freezer containing the remains of 40 dead tiger cubs, aged just one to two days old when they died. Their bones and body parts are used for traditional Chinese medicine and it’s clear that the bodies must be of some value to the temple.

Over 100 tigers are to be removed from the temple and some were found already sedated.

Links have already been made in recent years to wildlife trafficking and animal abuse and action is finally being taken after a warrant has been granted to  the Thai authorities.

It has been almost a year since Tiger Temples were written about in The Tab. A whole year of cruelty, trafficking and exploitation of a beautiful, endangered species for the purpose of entertainment.

That tiger selfie doesn’t seem so joyful now does it?

Wildlife Friends Foundation Thailand have made a statement on their page applauding the action taken. They highlighted how the monks had previously restrained the tigers to use them as photo props and they were difficult when cooperating with authorities. They said: “The Tiger Temple will no longer be free to use and abuse these tigers.”

Tiger Temples was always an evil place, and we should be ashamed of using animals just for a selfie. In order to stay morally consistent, we should oppose all the exploitation of animals for leisure purposes. Elephants in circuses, chained up tigers in temples, birds being used for flight shows.

The animal leisure industry is a front for corruption, and wild animal trafficking. It takes profit from cruelty and serves little purpose other than to provide fun for human visitors which can be satisfied by so many other things. Finally this horrific discovery has closed Tiger Temples, and it should mean the closure of hundreds of other equally cruel places.