Dear readers, help us build a better city (you can’t vote for The Tab though)

The Tab
Life, News
CARDIFF
cardiff tab the tab cardiff university of cardiff vote what's the worth thing about cardiff

Last week, The Tab asked you to send in your nominations for the ‘worst thing’ in the whole of Cardiff. Some were a little niche, others just downright crude, but today we reveal our shortlist of shame.

We’ll make the case for each ‘worst thing’ and then you’ll have the chance to vote for your favourite. Or should it be least favourite? Well, whatever. Once you’re done we’ll crown the winner with this most dubious of honours. 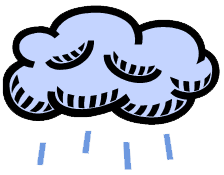 An eternal problem across the whole of the United Kingdom, wet weather really is a drag. But Cardiff seems to be particularly badly hit. All the time! Our city enjoys 1,061mm of rain a year. London has nearly half that. It’s enough to spoil anyone’s day.

Crossing between the main buildings at uni is a nightmare. It’s survival of the fittest, particularly when the gauntlet of cool-kid club promoters is in full swing. Please let us get to lectures on time. We just want to learn.

As far as nights out go, Tuesday’s not a bad one, but the queue outside Revs on this most frantic of student nights has forced many-a student to commit social suicide. When Cardiff’s weather is added to the Revs queue, you have a perfect storm. 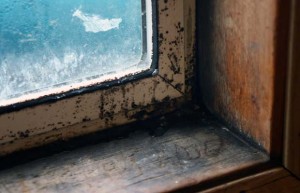 Back in your family home, it’s warm, dry and the house is structurally sound. In Cathays, it’s cold, damp and the mould seems to come pre-installed in the walls. As students, we probably expect a bit of mould on the odd slice of bread, or on the bag of oranges no one’s got round to eating. But all over the walls and ceiling of your pokey terraced house? No thanks.

These are the guys who flog you the lease on a mouldy house. Then, once they’ve pinched your transaction charge, they disappear. Or, if they do appear, it’s to tell you off. Somewhere someone seems to have forgotten students are the customers in this relationship.