They were protesting Cambridge University’s investments in fossil fuels

Students from across the university symbolically popped black balloons outside Senate House yesterday in a bid to encourage Cambridge to burst its own “carbon bubble”.

Yesterday marks the start of a new term of divestment protests following Michaelmas’s Zero Carbon “banner drop” event, where home-made banners were hung from various bridges across the town.

Protesters wore all black (including their gowns) and painted orange crosses over their faces – Zero Carbon’s logo. 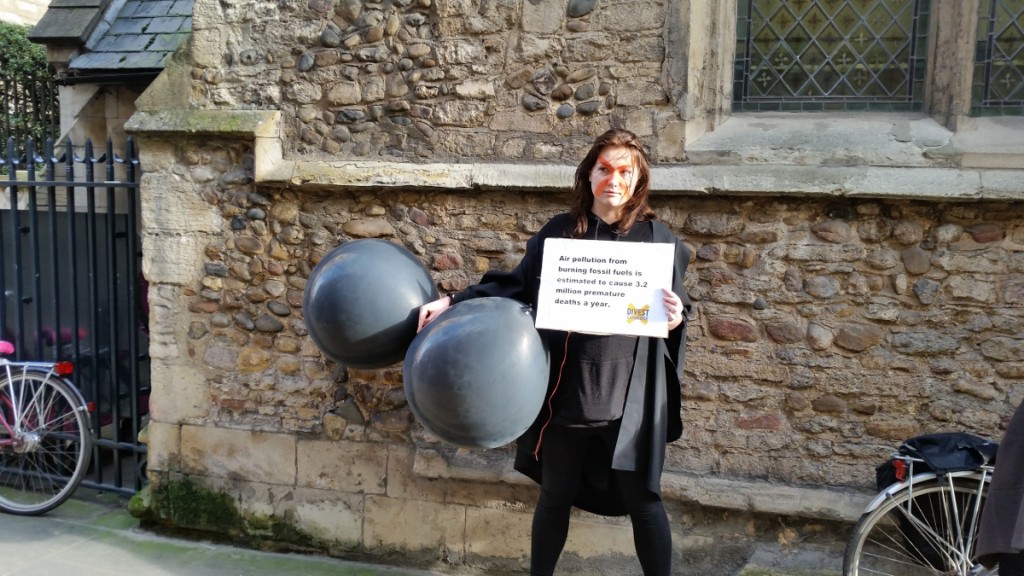 I wonder if those balloons are made from oil-derived plastics…

Dotted one by one along Trinity Street, from the Round Church to Senate House, student activists stood in silence holding placards and “carbon bubbles”. 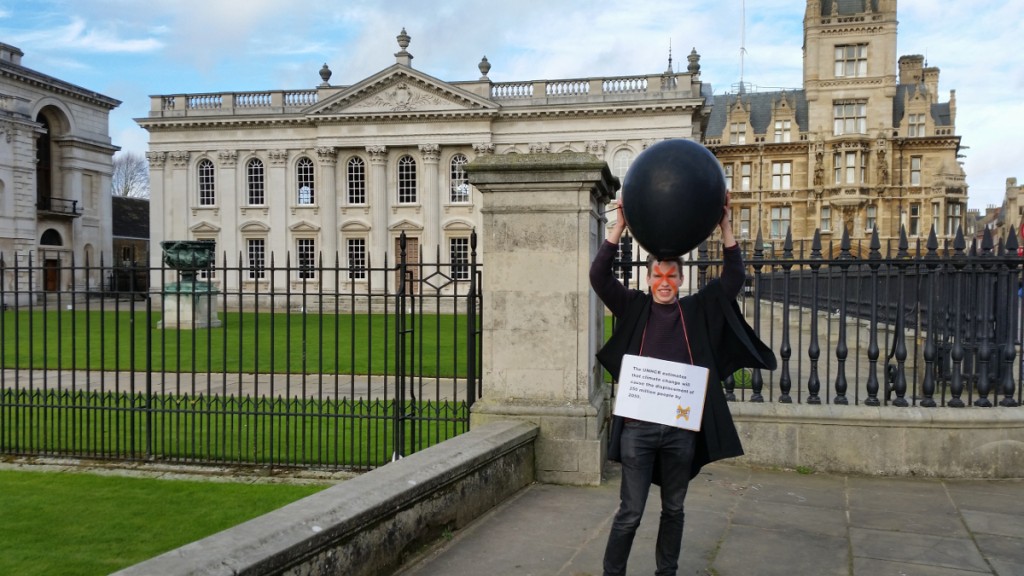 While the organisation aims to save the environment, today’s protest focused on the financial instability of fossil fuel investments, arguing that increasing regulation and declining oil prices pose a threat to the university’s economic situation.

Zero Carbon Campaigns Officer Angus Satow said: “With respected figures from Mark Carney to the Unilever chief executive warning of the financial risks posed by fossil fuel assets, the University can no longer ignore the climate elephant in its investment portfolio.” 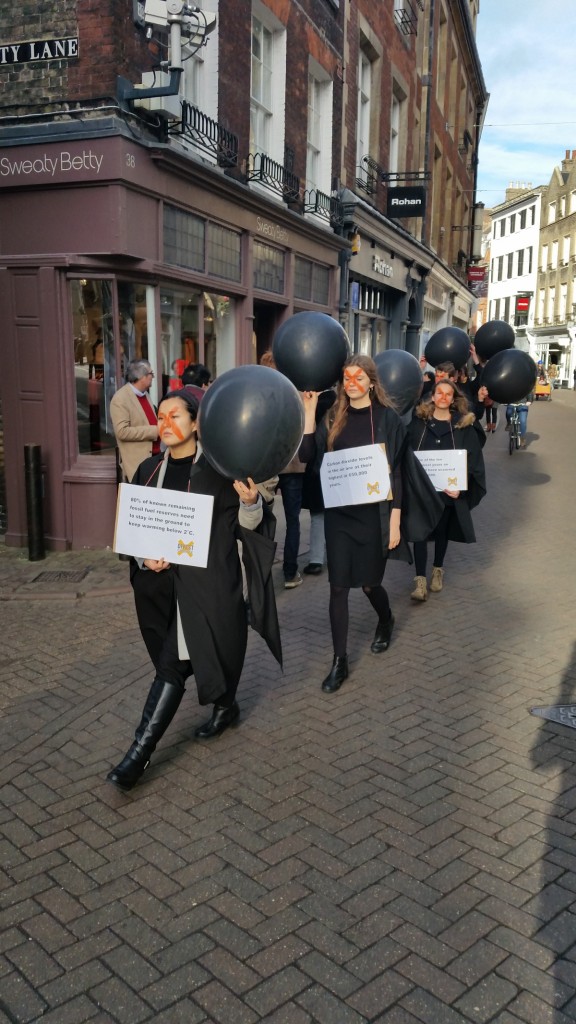 A Zero Carbon spokesperson added that “just last week the University’s own Institute for Sustainability Leadership was warning of potential losses of up to 50% due to increasing awareness of future climate risks.

“The evidence in every sphere is pointing to one clear answer. A divestment decision would undoubtedly be a win not just for our climate and our world, but for Cambridge’s finances too.” 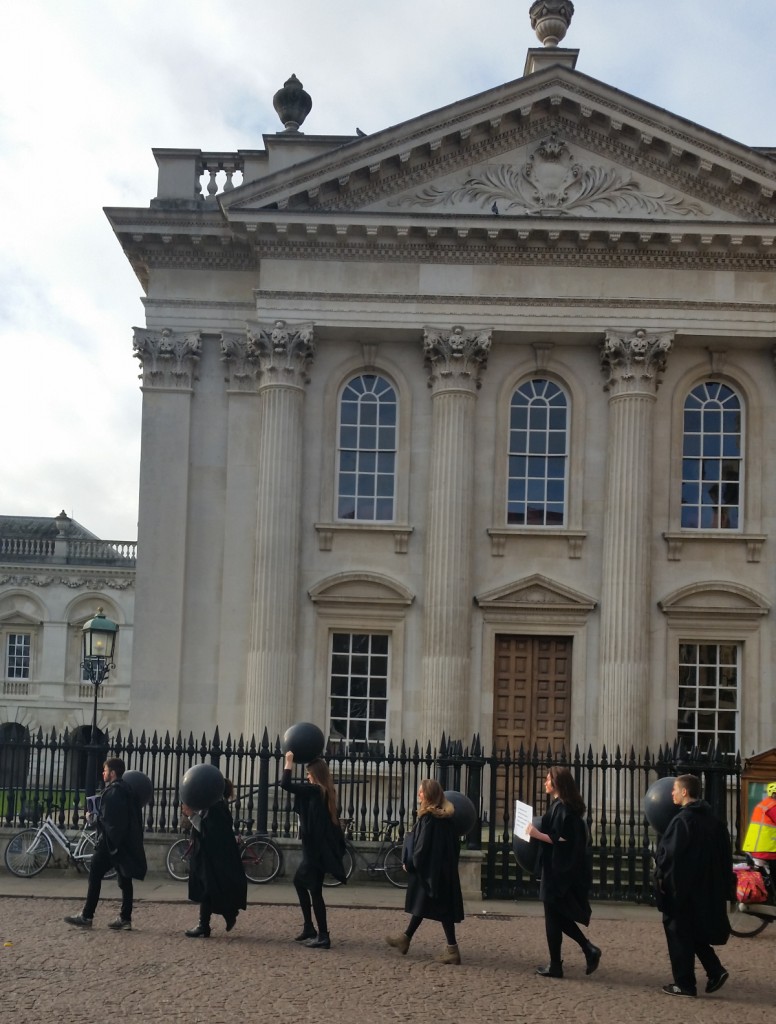 All wearing the same dress – awkward 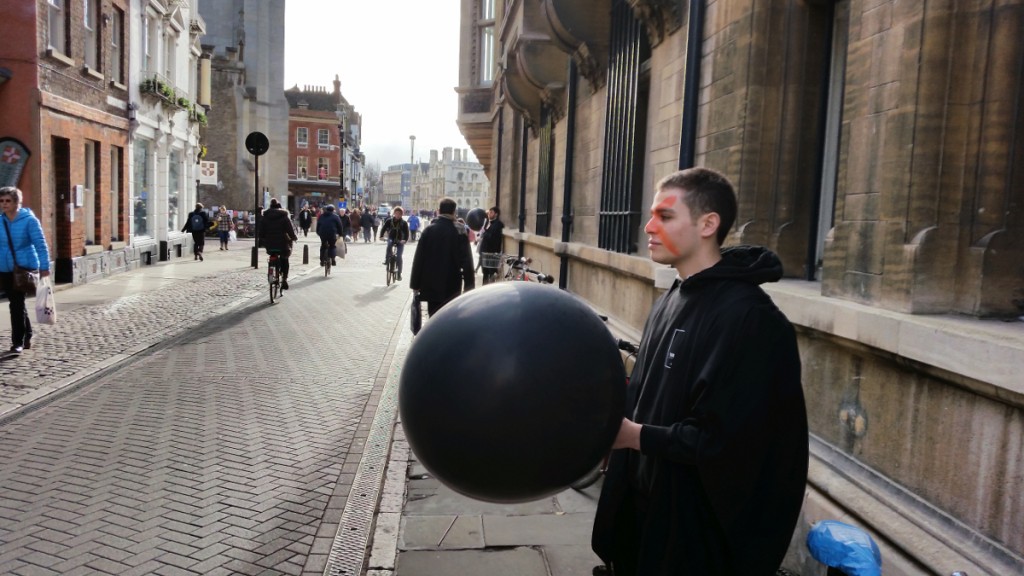 That’s a big balloon you’ve got there

When assembled outside Senate House, they climbed onto the King’s wall and chanted “What do we want? Divestment! When do we want it? Now!” This was followed by a short speech from Tim Lorni. 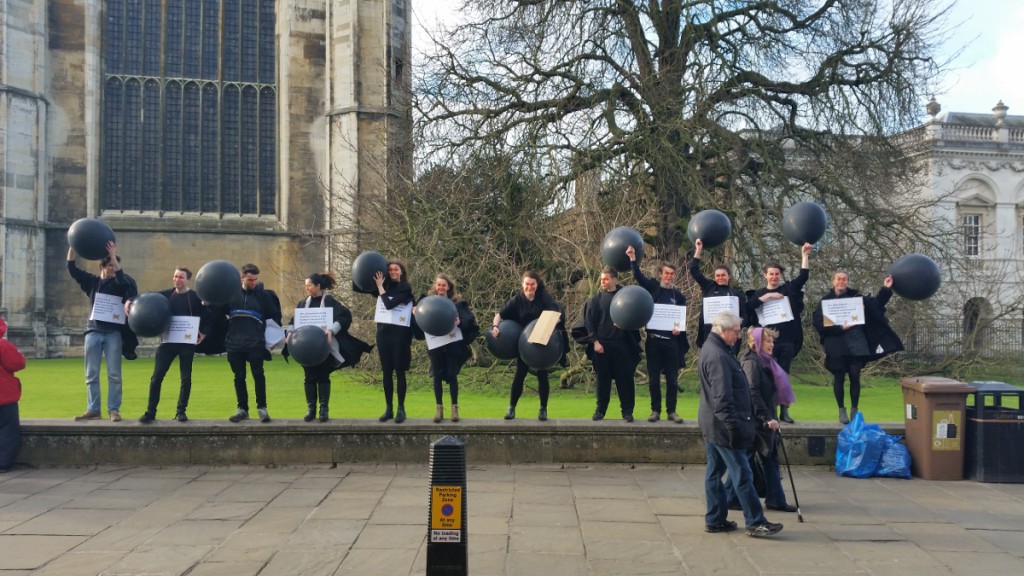 They then, one by one, burst their “carbon bubbles”, repeated their divestment chant and swiftly dispersed. The Tab managed to interview leaders Angus and Tim, who explained how HSBC and the Bank of England have themselves expressed concerns over the sustainability of oil investment following the Paris climate deal.

“Coal is dead and oil is suffering” explained Tim – “90% of oil must stay in the ground to prevent a 2% rise in temperature.”

The group has been in contact with the university, which is “in conversation with the working group in ethical investment”. They are currently preparing a report on divestment for around May this year. 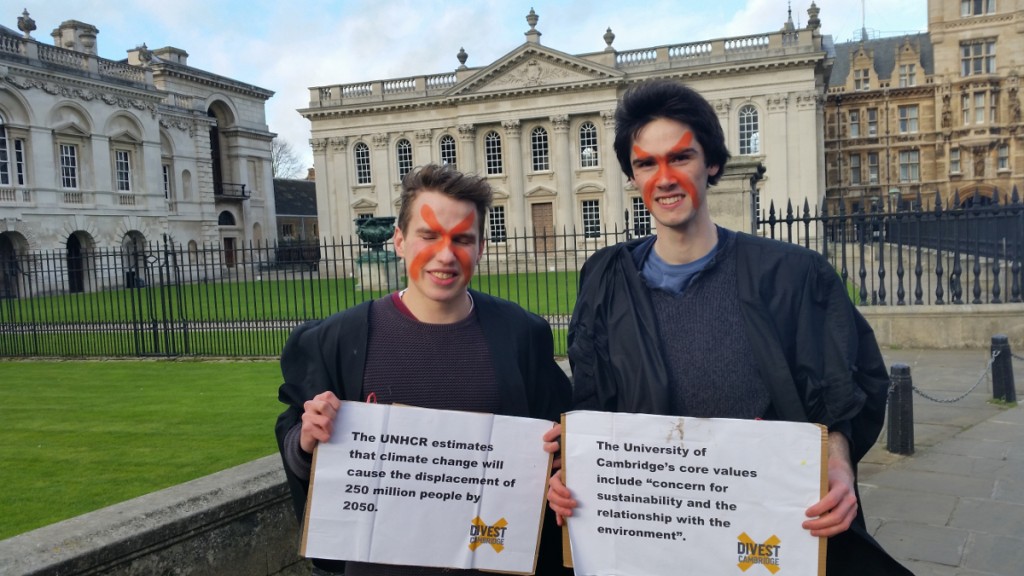 They explained how their movement aims to apply “pressure” to the university and rile “engagement” in the student population.

You’ve got to appreciate their tenacity and monochrome chic wardrobe.

Why not check out their online petition here