They threatened to call the police and called backup from Magdalene.

At 3 o’clock today, Cambridge Zero Carbon (a group of student environmental activists) hung banners from King’s, Clare and Orgasm bridges in a protest campaigning against the university’s investments in fossil fuels. 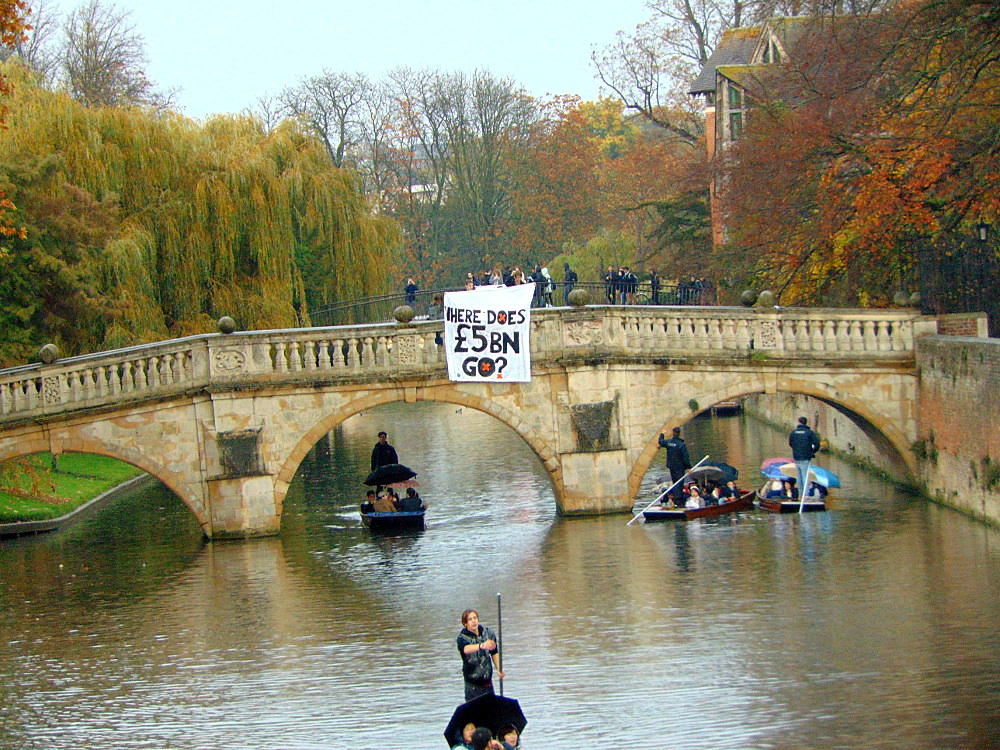 “Do you hear the people sing….” 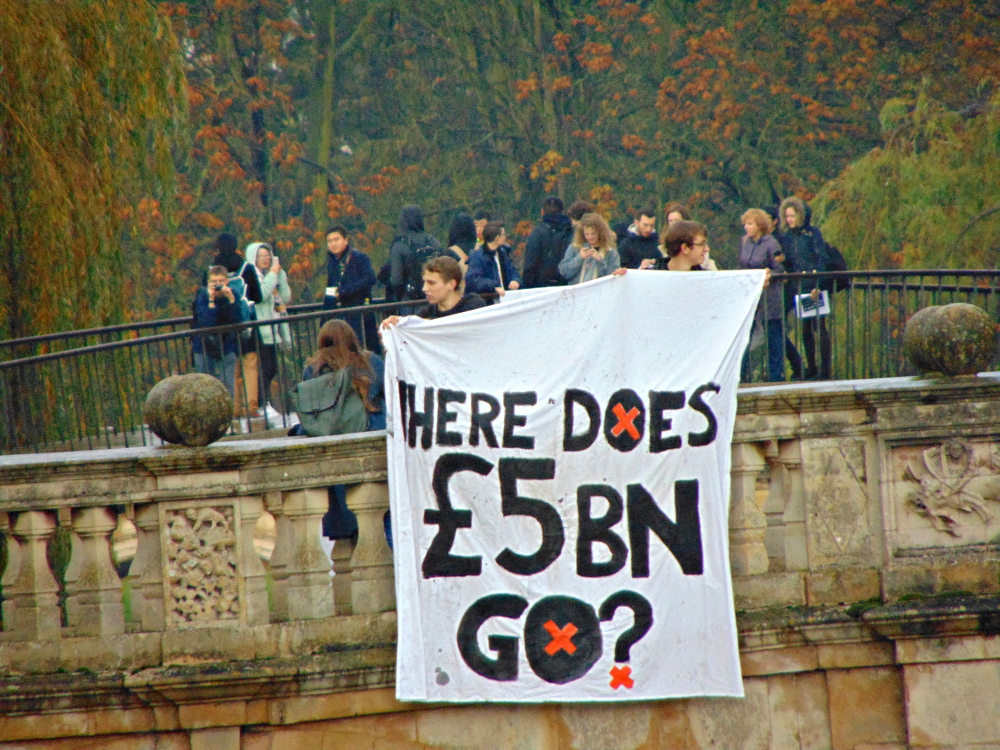 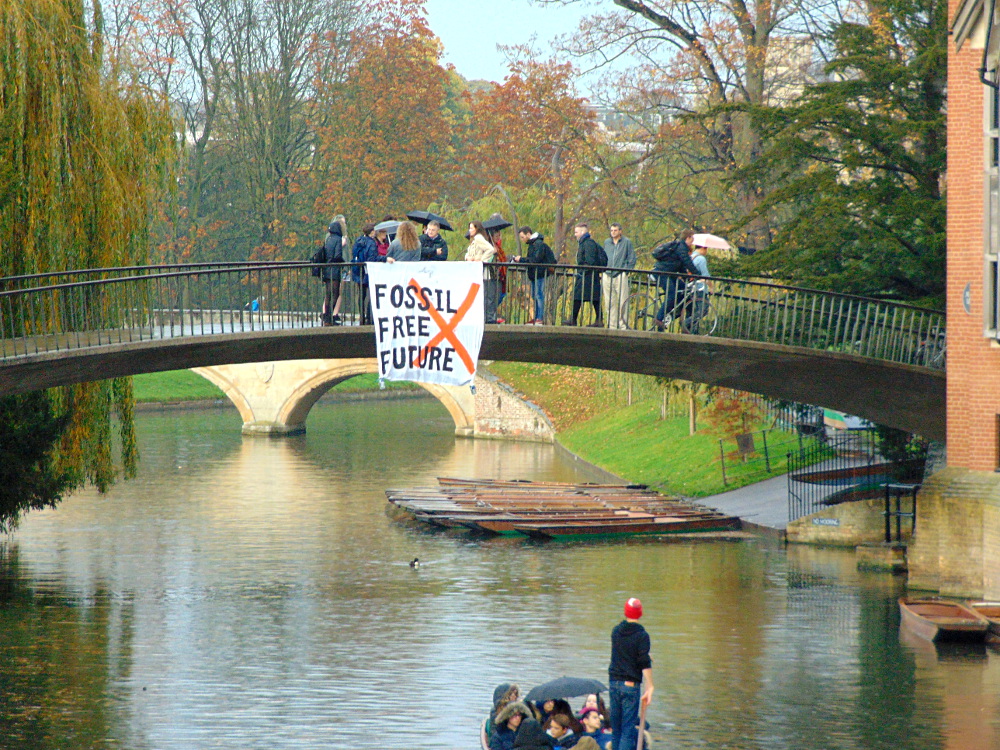 “… Singing the songs of angry men”

Their ‘Cambridge University, Divest from Fossil Fuels’ petition on gofossilfree.org has already gained a lot of momentum, achieving nearly 800 signatures within just 24 hours of launching, and just under 1000 as of this evening. 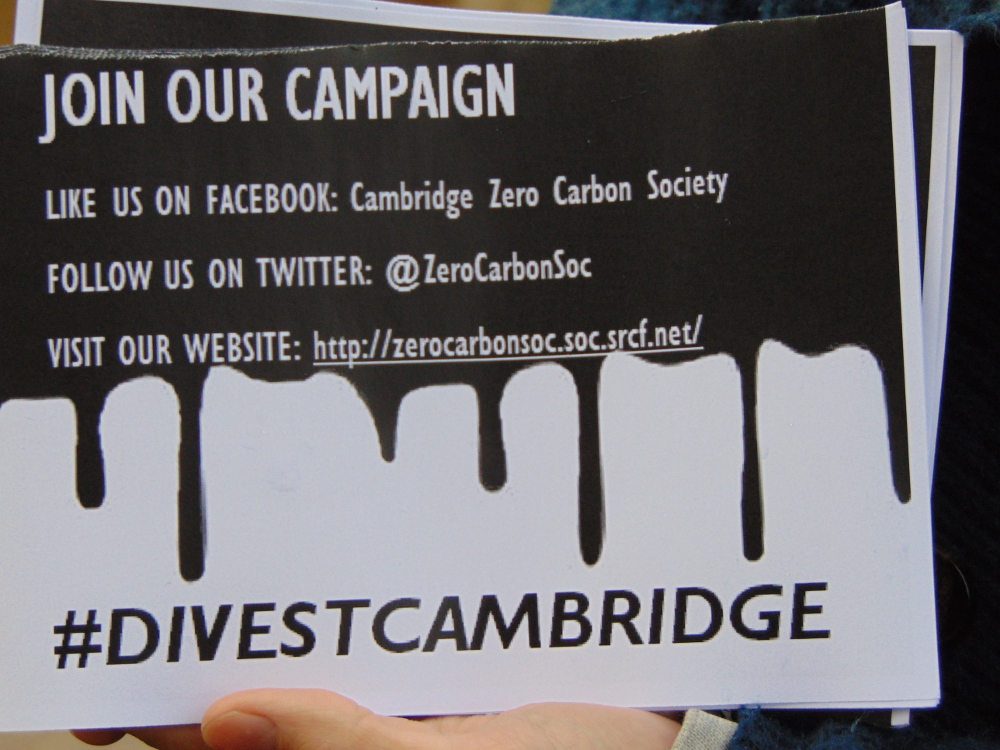 Join us… and we’ll let you live 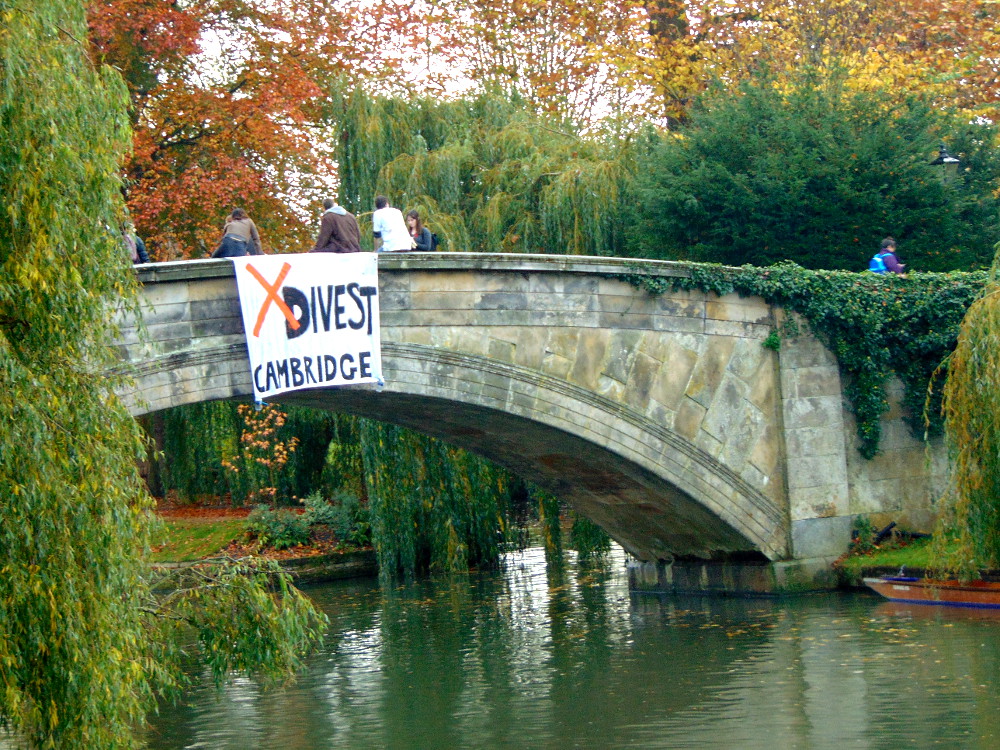 But within minutes of releasing the banners on King’s bridge a trio of angry porters descended upon the protesters, asking “has anyone given you permission?”

In response to a chorus of “no,” porters asked students to “desist.”

“… your business passing through King’s does not allow you to do this. You are allowed to go from one place to another. There is nothing about protesting.”

One protester brought out some college statutes, saying “members have freedoms within the law to express freedoms… and climate change an important enough issue”, to which the porters replied “I’ll ask you for the third time to take your banners down and leave.”

However protesters remained stoic: “I understand that but I think we’ll stay for a bit to talk to more people,” with a key protester handing over his college ID so they could take down his details.

Having been beaten by the protesters, the porters turned on the press, scolding us for photographing them and demanding that we stop. Zero Carbon, refusing to leave, forced porters to eventually flee back to Axis of Evil HQ. 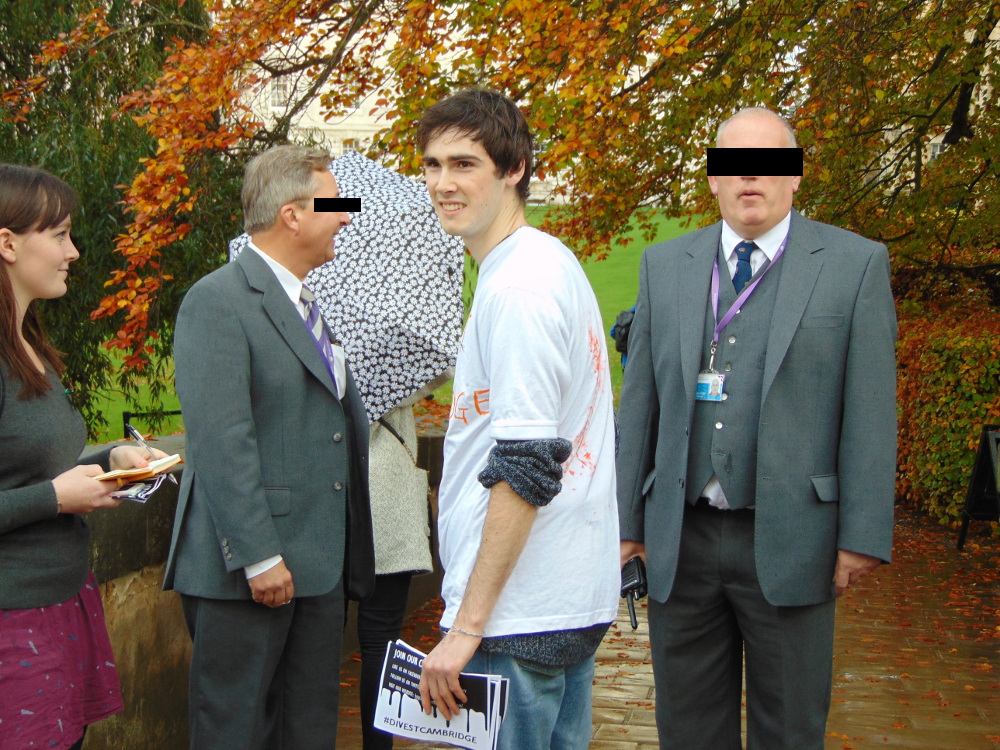 We have skilfully masked their identities 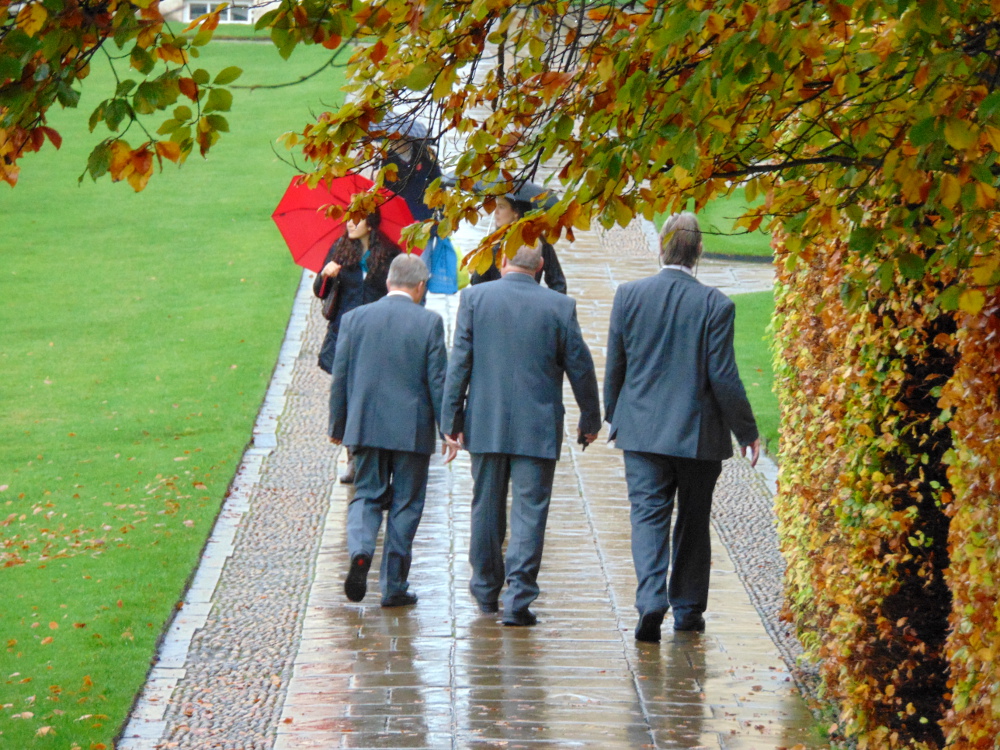 Over at Clare bridge, porters lingered for a while before a more senior staff member arrived, followed shortly by two backup porters from Magdalene.

They threatened to call the police, and warned members of Magdalene present (including Angus Satow, Campaigns Officer at the Zero Carbon Society) that they were going to be subject to official disciplinary action.

Speaking to Angus, Magdalene’s deputy college marshal said that “if the police get here, your time at Magdalene is finished … if you get off the bridge now, a chat in the office is as far as it will go.” 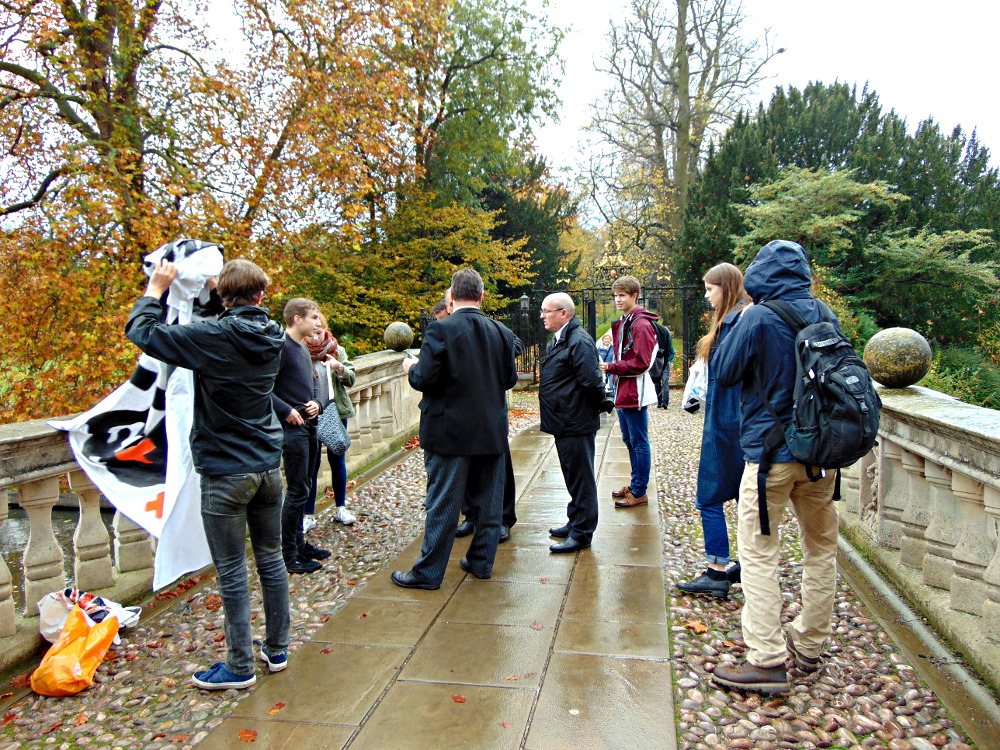 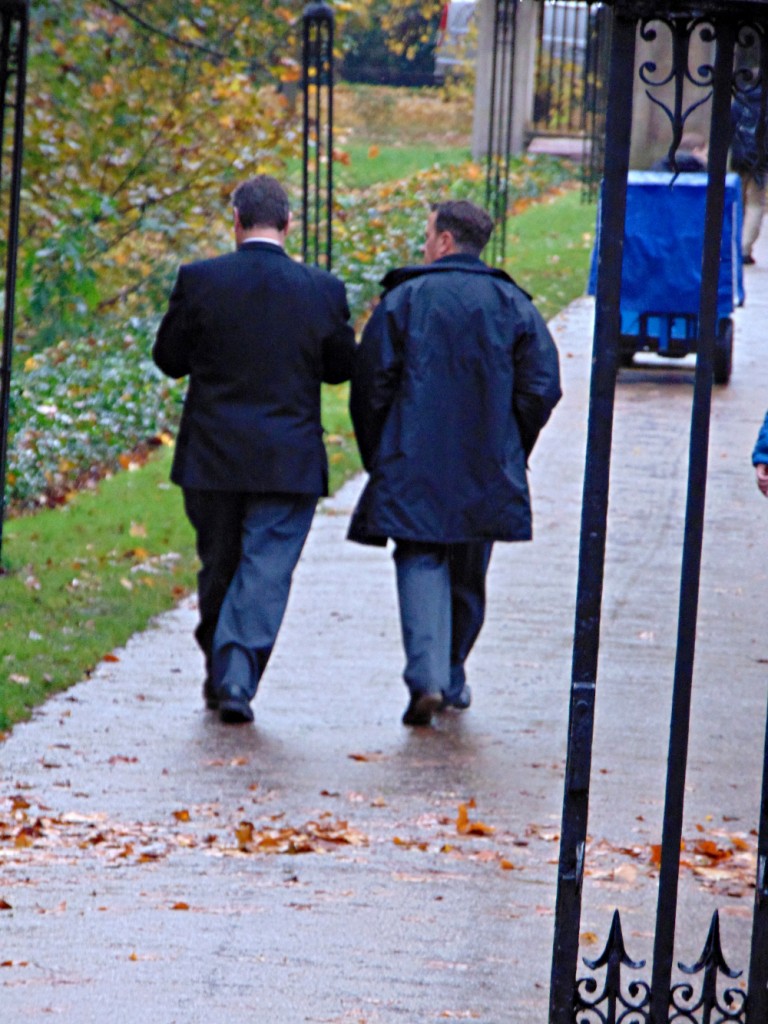 The protesters decided that a deaning would perhaps be a bit of a faff, and decided to reconvene on Orgasm Bridge, where they stayed until the rain finally got the better of them. 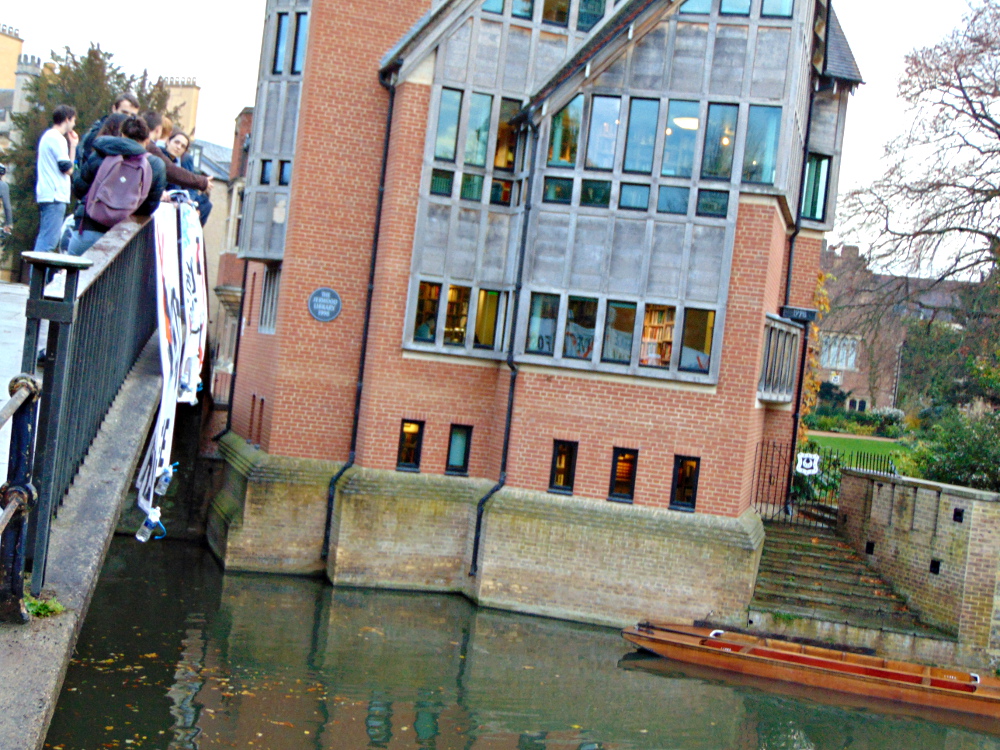 Distraction much? Those poor hard-working students of Tit-Hall

The event was also attended by a number of student journalists, including certain editors of TCS… 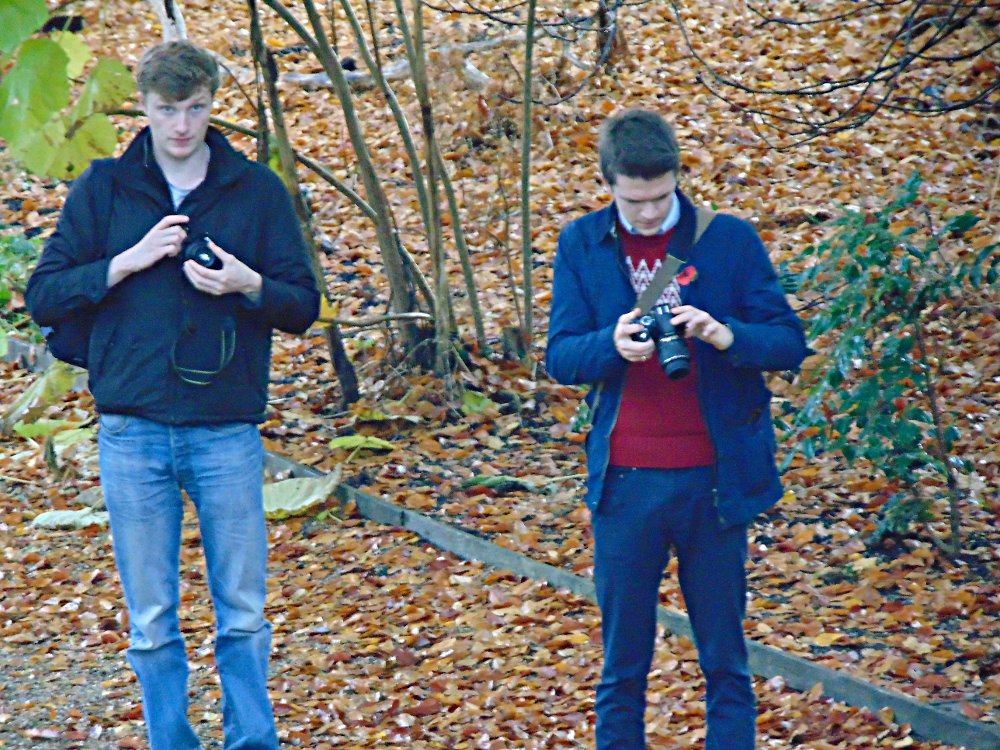 Rubbish weather, peevish porters and impending police: protesters kept at it regardless and ended up handing out plenty of flyers.