CUSU Get Loose-oo With The Purse Strings

The General Manager of CUSU, Mark McCormack, has been rewarded with a £6,500 pay rise while members of staff across the University remain on minimum wage and various campaigns continue to be underfunded.

The Tab can report that the General Manager of Cambridge University Student Union (CUSU), Mark McCormack, has received a pay rise of £6500, whilst other members of staff across the University remain on minimum wage.

The details of this pay rise, likely to be controversial amongst students, can be found inside CUSU’s latest budget report.  The decision to drastically increase McCormack’s wages comes as something of a surprise given the current national economic situation – as well as the fact that the CUSU budget report states clearly on the second page: “a below inflation increase of 1% in staff salaries has been budgeted for in increased staff costs.”

It might also anger many students who are aware of CUSU’s notorious thriftiness when it comes to funding student projects and campaigns. A closer look at the budget report shows that McCormack’s salary – a decent £43,000 – is more than double the money (just over £19,000) budgeted for all the autonomous student campaigns in 2013/14 such as disabilities and the women’s campaign. Access, something CUSU is committed to improve in the University, receives only £3,200 for campaigns and school visits. 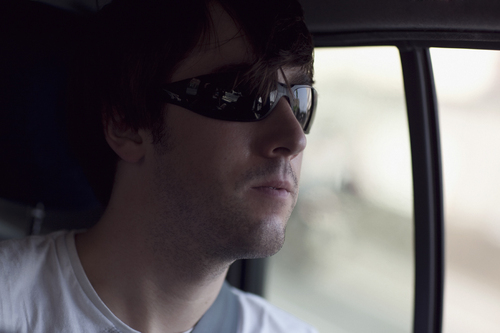 The role of McCormack himself in the decision is uncertain. Flick Osborn, CUSU President, told The Tab, “The Coordinator is responsible for all the budget stuff. The General Manager, clearly by necessity is involved in that.”

Dom Weldon, CUSU Coordinator, is now in his second year in the sabbatical role and the General Manager is directly accountable to him.

Osborn also stressed the robust nature of budgetary oversight: “The salaries of our staff members is overseen and decided upon by our Board of Trustees, which is comprised of four sabbatical officers, two non-student external members, and two current students. “All salaries are decided and approved by the Board.”

1% THE RAISE GIVEN TO CUSU EMPLOYEES THIS YEAR

Whilst Weldon is responsible for the budget he is not a Trustee. The fact that the General Manager’s role includes overseeing the Union’s finances and salaries, and his influence as a permanent member in such a tight-knit organisation, means that further speculation about the generous increase is likely.

Osborne explained that the GM’s pay rise was meant “to pay for a professional development qualification for this role” and that staff increases, leading to the below inflation pay rise, were part of CUSU “strategically redeveloping in order to most effectively represent and support its members’ concerns.”

Look out for more original content in our Fresher’s Paper Edition, distributed in colleges and next week at the Freshers’ Fair.