There’s been a flood at IQ student accomodation

What started off as an uneventful evening at the student accommodation of IQ Nottingham on the 7th of March, soon turned into a laundry room pool party.

After putting his laundry to wash in washer four of IQ’s Circuit laundry system, Hector thought nothing of it. Until he checked his Facebook account and came across a notification from another student on the accommodation’s Facebook page.

Jess was with her friends leaving the kitchen of their flat to enter the corridor when to her surprise she found water coming in from under the wall.

Following the water trail she went into the social hub where she found the security guard stood in a massive puddle of water, with a single mop and bucket.

What had started as an innocent laundry run had caused a flood to the laundry room and to the entire reception/social hub, not to mention heavy rain to the shop sitting beneath the accommodation. 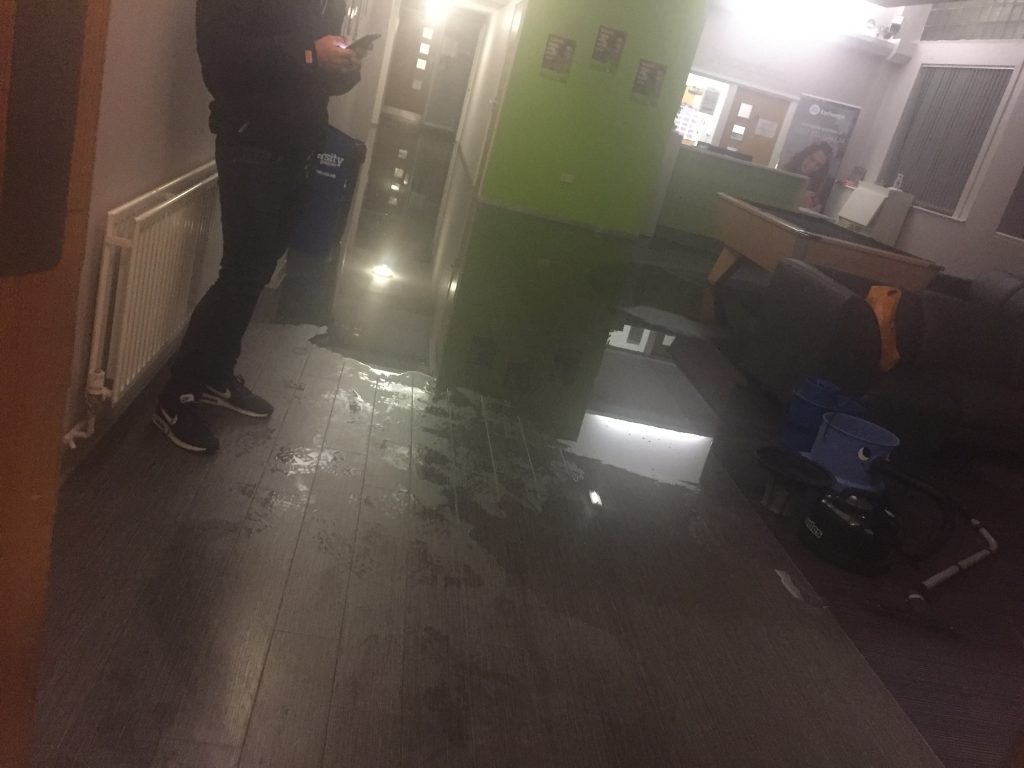 The water from his chosen washer just wouldn’t stop, regardless of the power being turned off and Hector had to use a mop to try and fetch his scorching hot washing out of it. At 11pm at night where all laundrettes are closed and with acquired drenched washing what does a person do?

However after the fire brigade were called and the big boy water hoovers came out, the pool party came to an end. However the event did create a nice social event at the accommodation as Hector said himself. Probably the best social any of us had been to.