‘The uni should be doing more’: We spoke to Extinction Rebellion in Lancs

They were protesting in the city today

Extinction Rebellion teamed up with LYFE (Lancaster Youth For Environment) during a climate strike on Friday 25th October.

The Lancaster Tab took to Dalton Square to chat to some of the locals on strike.

One student, an organiser of the event, said: "Our generation is gathering around the issue and I don't want to say "save the planet," but make an impact. The end goal is climate justice. The flooding in Lancaster and Morecambe would be bad; my house would be flooded."

And when asked what message they'd like to come from the event, they replied: "We're looking for recognition. I want people in power to realise that their people care. That's all I want to see. Once that's even recognised then huge change will follow."

We spotted some Lancaster University students, including the President and Treasurer of the Precious Plastic Society, who said: "We're missing out on lectures, and studying time. It's important to get out and show there's a demand from our age group and that it's what we want. It's great out here supporting the school strike, and hopefully people will go and look up what we're all about." 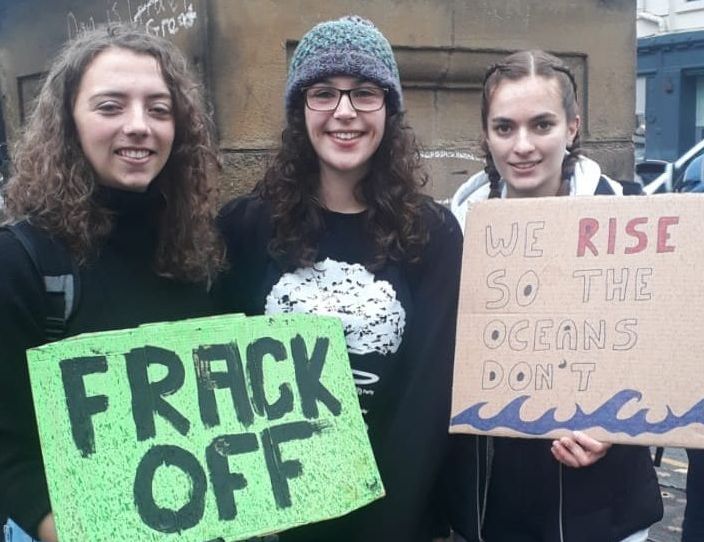 Members of the Precious Plastic Society

It wasn't just local students that we spoke to; we interviewed local teachers – including the district secretary of the National Education Union, Sam Ud-din – who explained why they were at the climate strike: "It's great to have trade unions supporting Extinction Rebellion. We are so supportive of having the right policies within schools; primary, secondary, sixth-form, university – that message has to go out to every young person."

We asked them whether seeing such a youth-led movement gave them hope for the future: "It's brilliant that our young people are taking the lead on this, and for nus to be able to support them in any way we can is just fantastic, and it gives me hope that we can create a better world." 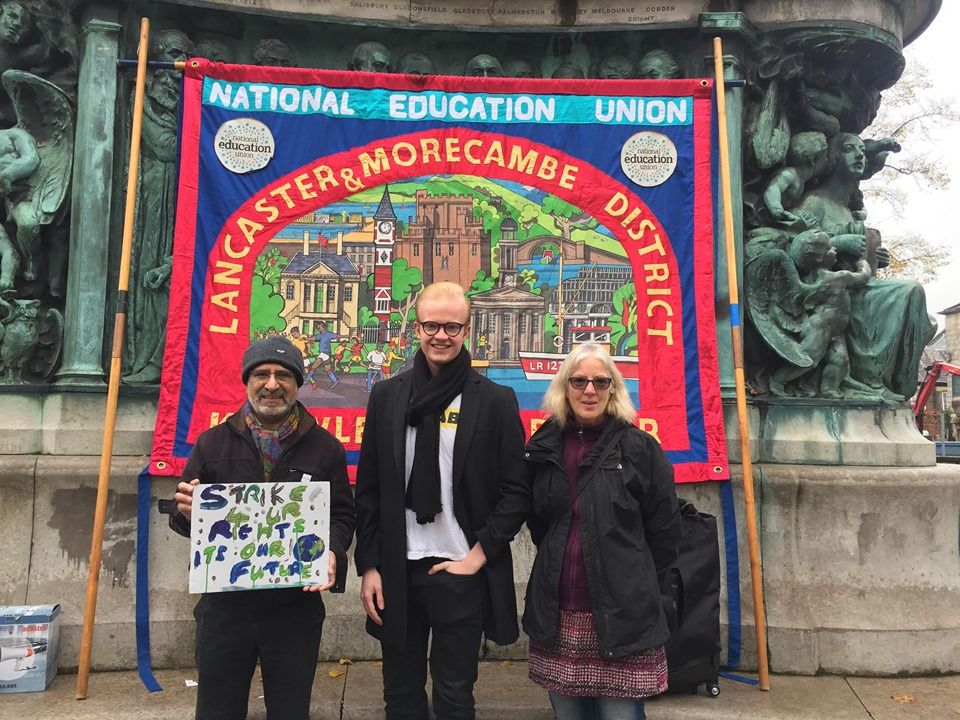 Members of the NEU

Amongst the protesters was Green Party councillor, Dave Brookes, who said: "I was part of setting up the local Morecambe Extinction Rebellion group, and I'm here partly as a member of that group. We're supporting everyone who raises awareness. Young people are going to be the ones most affected, and are going to have to deal with the mess. It should be the movers and shakers giving young people hope.

"The message is to tell the truth. Talk about what's actually happening. Act now – do something! If we don't stop consuming at the levels we're consuming then we're in deep, deep trouble."