Everything you missed at Lancaster Music Festival 2019

A review of the live music event

This weekend marked the 10th edition of the Lancaster Music Festival. With over forty venues across the city and three days of performances, there was certainly something for everyone. Yours truly went along on Saturday to get a scoop of the action, and check out some of Lancaster's coolest venues.

I started my day by checking out The Herbarium, a central location serving up some of the best plant based treats in town. The Herb's Yoga Studio was transformed into the cutest live music venue I've ever seen, I honestly no longer felt like I was in Lancaster. Think tiny table sets packed into a room with plants and fairylights, the actual dream.

The first act I checked out was a band called Triple Mood, and I was surprised to find they were American. This set was a very chilled out affair, with an impressive range of music and instruments being used. I am keen on live music but never too sure on acts that I don't know, but much to my surprise I was really getting into this festival. 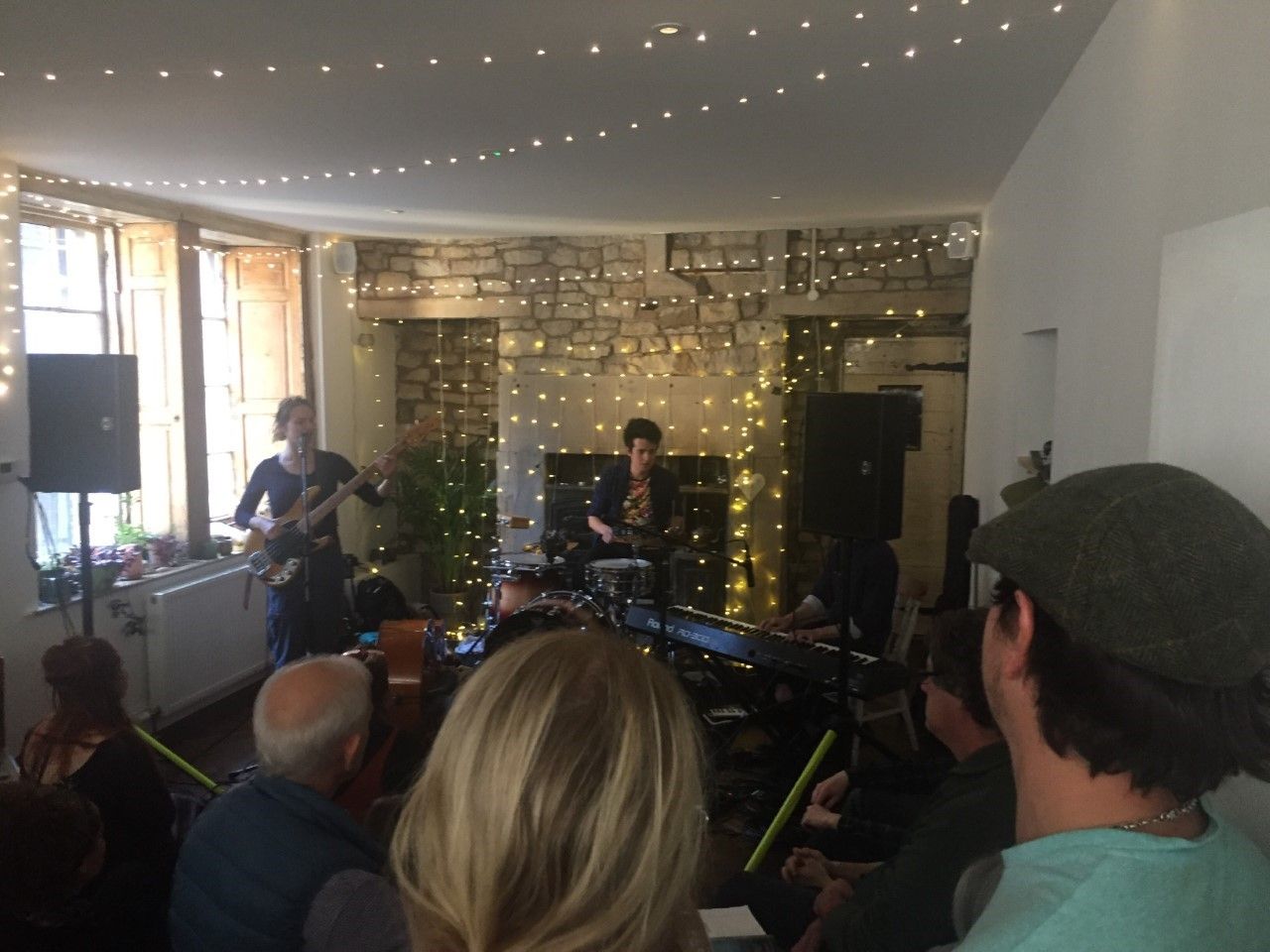 The next set I dropped into was Baby Minerals at the Stonewell Tap, this was definitely more of a locals affair (exactly what I had expected from this festival). They were a middle aged band offering super fun covers of all the classic bangers, think Elton John and Elvis Presley, pure Lancastrian cheese. I didn't stay for long, but Stonewell Tap is definitely worth checking out for some really good beer and cider. 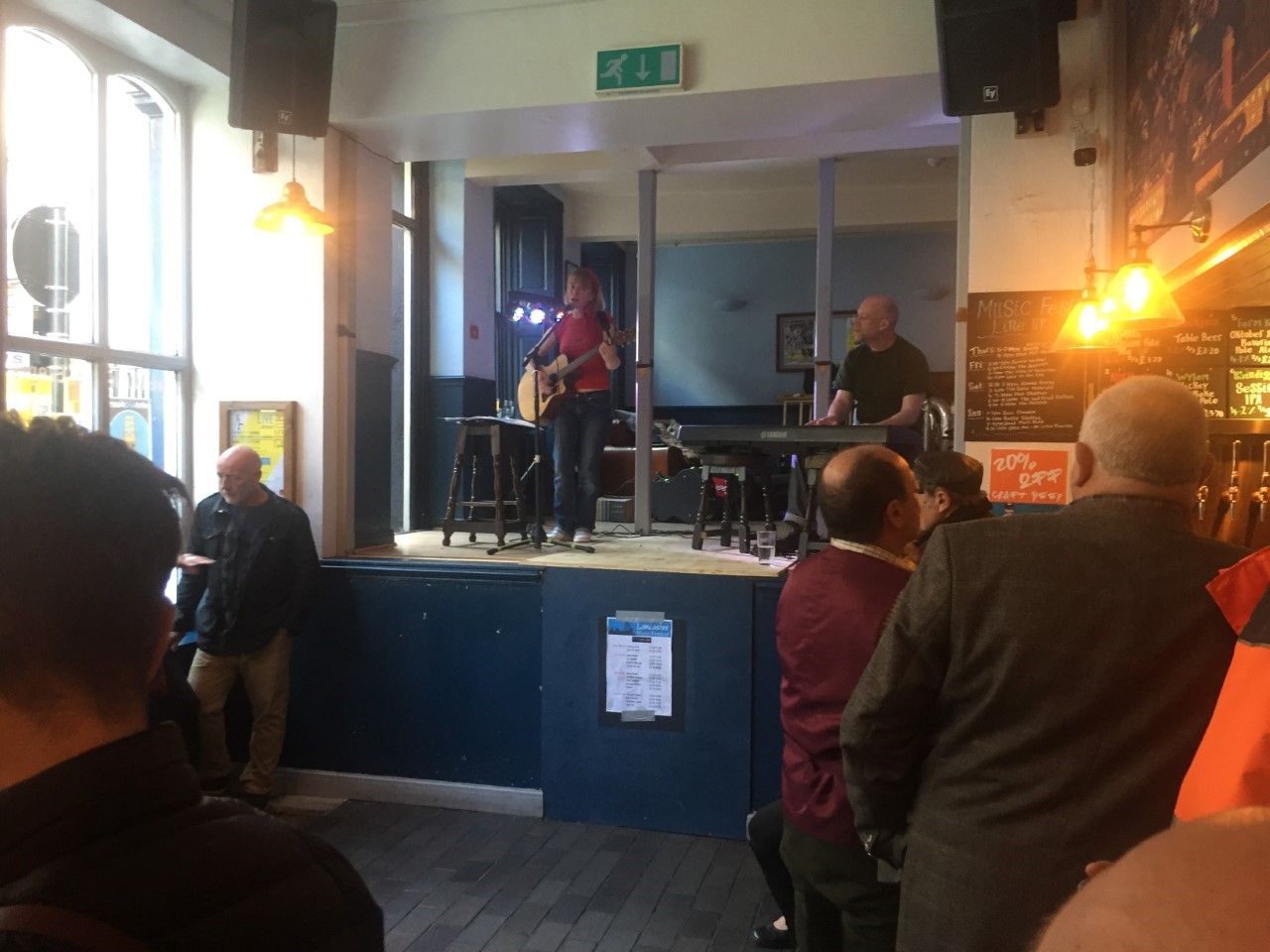 I took a little break and decided I was going to explore more of the festival in the evening. At first I was a bit disappointed, I wanted to pop into Fibbers to catch the Inglorious Brassterds set but it was RAMMED, to be honest that just shows how popular the festival gets. I was extremely sober and watching 100 intoxicated locals bopping to Katy Perry covered on the trombone wasn't really doing it for me, so I moved on.

For anyone thinking of going to the festival next year I'd definitely recommend either being extremely smashed by 6pm, or investigating the more laidback venues in the night time (the latter being my chosen method).

After my short-lived venture into cheesy brass music, I turned to The Storey for some chilled out acoustic tunes. Yet again, this venue was transformed into a cute haven for live music, with John Dhali providing some easy listening for a Saturday night. I found the more cafe-like venues had a more young/student-crowd, and a less heavy rock vibe. 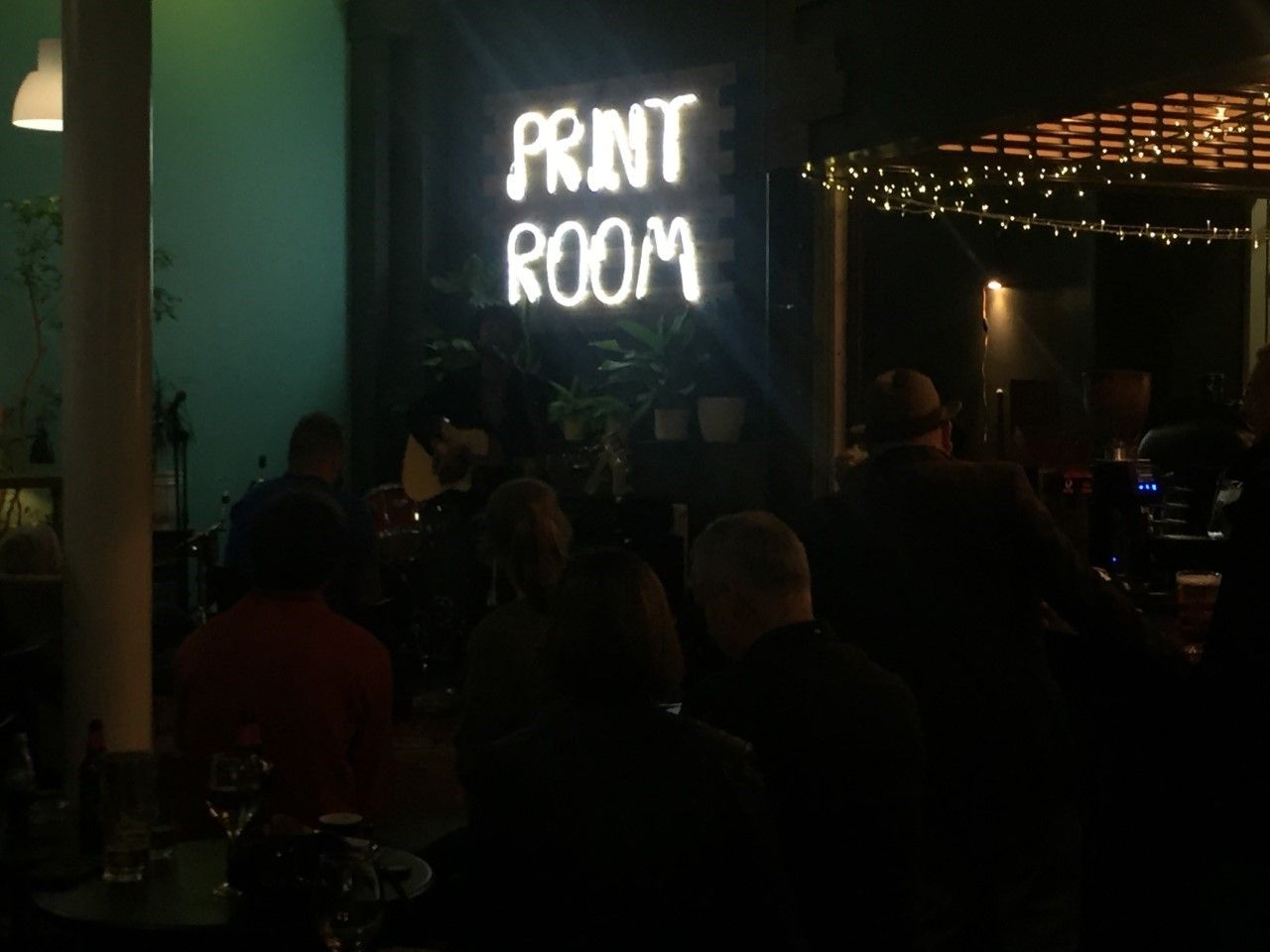 I popped back to The Herb to catch a young band called Good Boy Nikko. This band was right up my street, synthy rock-pop in the lovely fairy-lit space, 12/10 would recommend to a friend. I caved in to a cheeky Aperol Spritz at this point as well – I just can't say no. 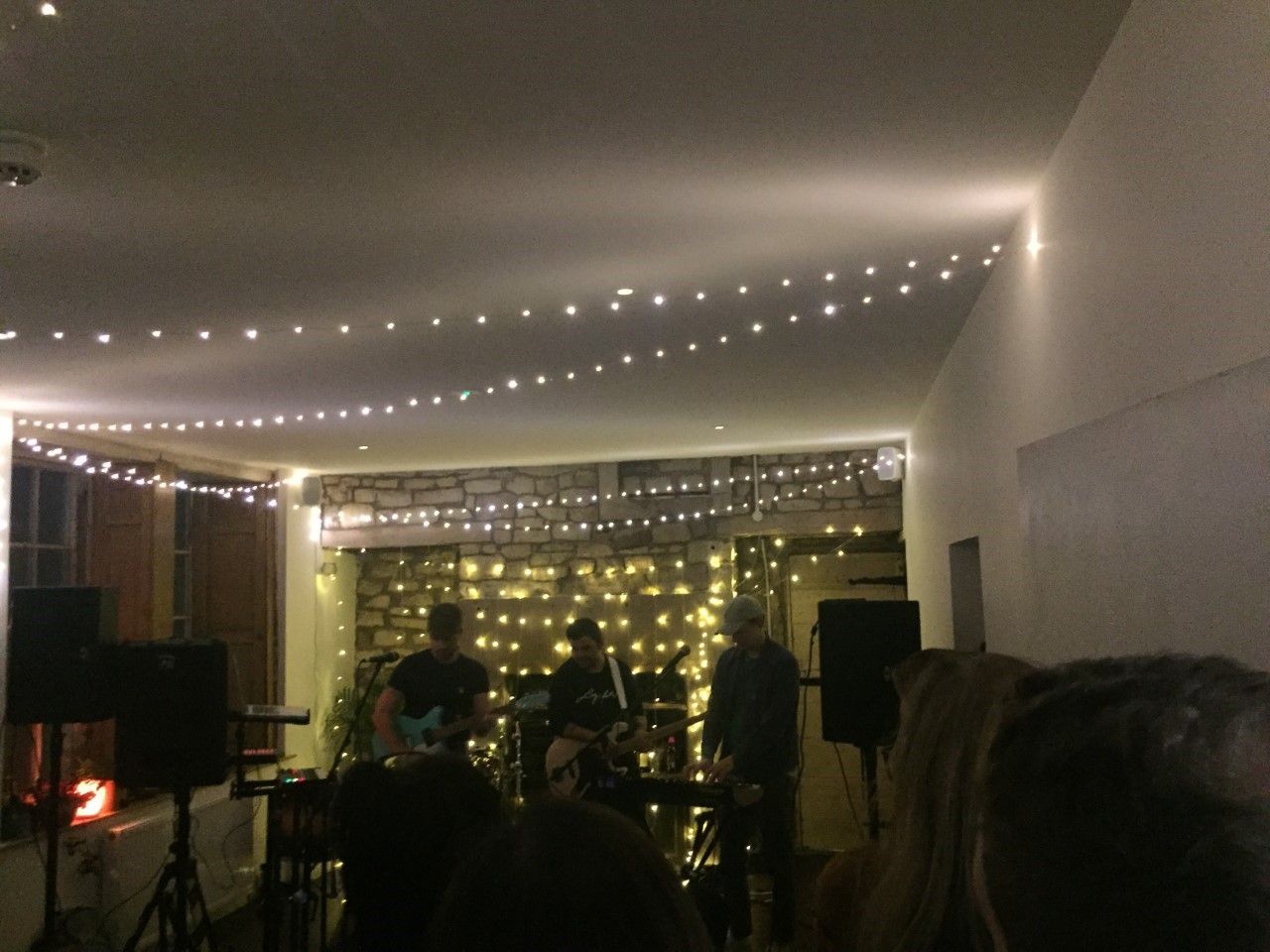 To conclude my day venture into Lancaster's live music offerings, I wound up in my all time favourite cafe, Atkinson's The Hall. I spent a good two hours here making it my definitive favourite spot. The vibe was chilled out, the music was acoustic, they had a one hundred year old grand piano and you could get a seat. Coffee, cocktails and craft beers were being served all night and there was a nice mixture of students and locals. I caught two acts called Sun Drift and Mr Ben. 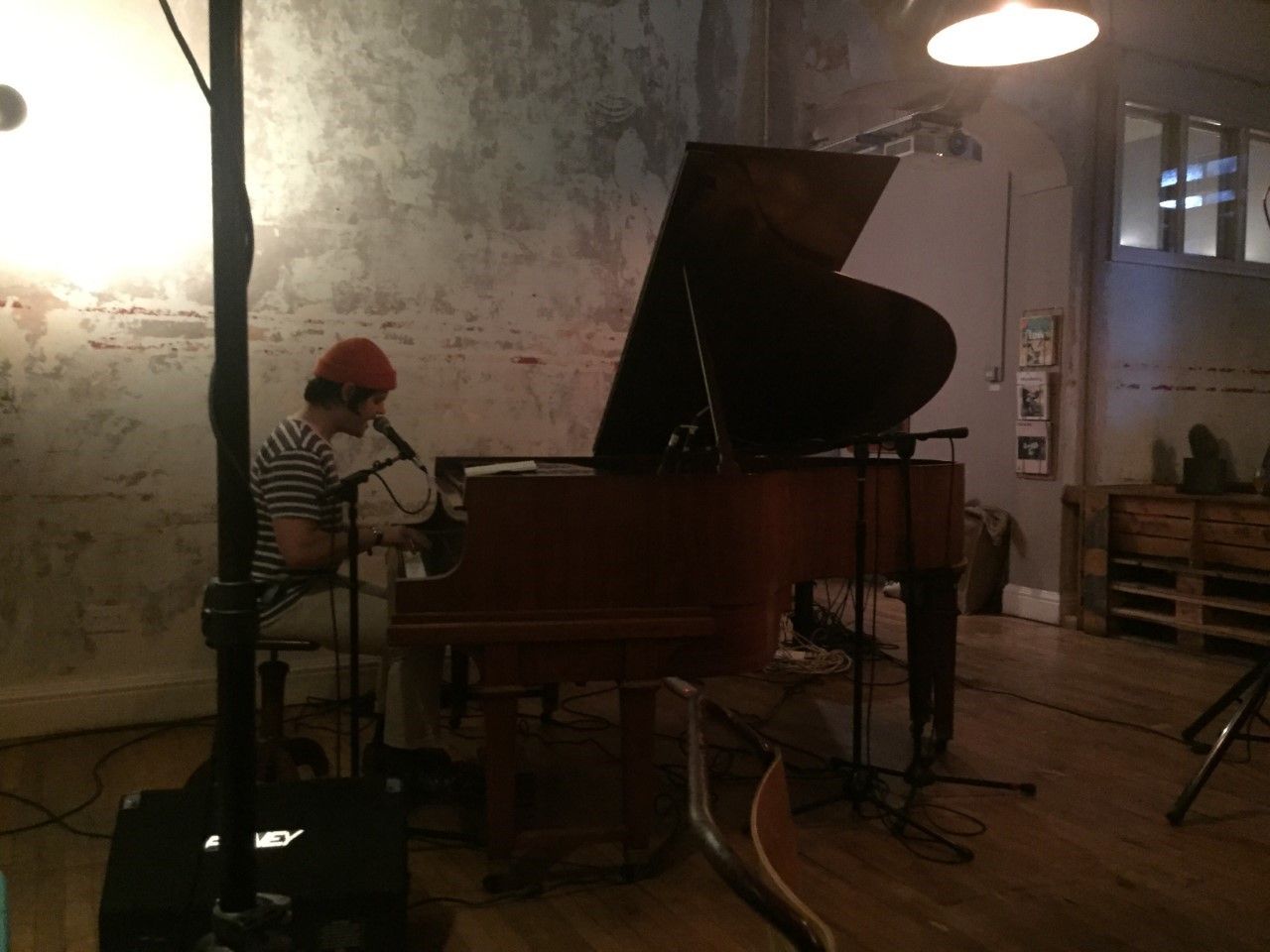 I am GUTTED that I have only just found out about the Lancaster Music Festival in my third year at university, and would recommend anyone who missed it would check it out next year. I didn't envisage myself having such a groovy time amongst the locals, but honestly it was so fun!

If I had any tips for students visiting I would say the day events are a lot more chilled out, the pubs are always crazy, the cafes are SO nice, and check out the bands in advance. I ended up missing out on student favourites like Ruby Beach and Leopard Stripes, so go with a plan and have a fun time!