Meet the King’s Varsity hockey boys, who are much much fitter than UCL will ever be

Fire up the Quattro, KCLMHC are back

Welcome to The King’s Tab’s coverage of London Varsity 2020 [link category], bringing you the wildest stories from the games, rundowns of the squads, and the latest score updates. Anything mad happen at a game? Message us on Instagram or Facebook [link both of them].

So, it has come to this. Once more London holds its breath and waits to see if the new dawn is painted crimson red or foulest purple. Each year, those of us who ever encounter one of the goblins that infest the urban sewer that is UCL have to endure the automatic ‘chat’ regarding our status as a ‘poly’.

We’re forced to sit and watch as they rummage around their pockets, waiting as they extract their Ben 10 wallet before finally being shown the university league tables on their phone. They drip with loathsome superiority, relying on the achievements of others to stand in for their woeful personality. I hate them. I despise them.

But stand fast my brethren, for I bring you good news. A path to salvation. A band of brothers marches out to do battle with the heathens of the north, ready to drive the sharp sting of failure deep into the hearts of our vile rivals. Having crushed UCL last year, KCL men’s Hockey stands ready to leave them as little more than broken husks. Their tears will be bottled and sold at Vault for three for 10 quid. For weeks after the only artist on their Spotify playlist will be Johnny Cash. Ladies and gentlemen keep your friends and family close for be under no illusion, the end is nigh.

I introduce you to the fine blokes who will wear the badge Desmond Tutu himself proudly wore: 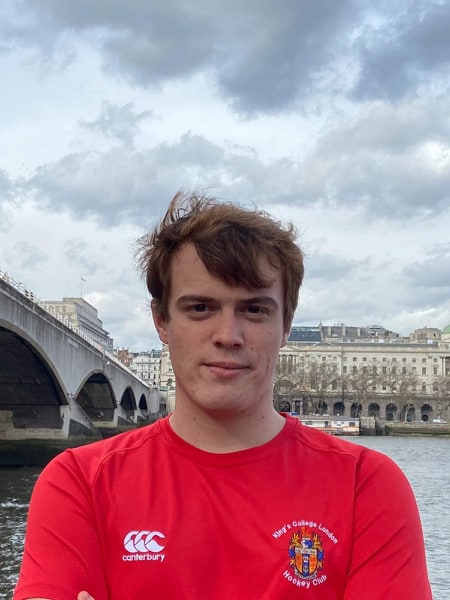 A living breathing example of the futility of the gym, Makin espouses the ‘traditional’ elements of an athlete from the 1930s. Despite possessing a rig more suited to a number 8 batsman of a village Sunday XI, this ginger teapot is a formidable player on the pitch. Victory last year has given him a taste for something other than cake. Oh lawd he’s coming. 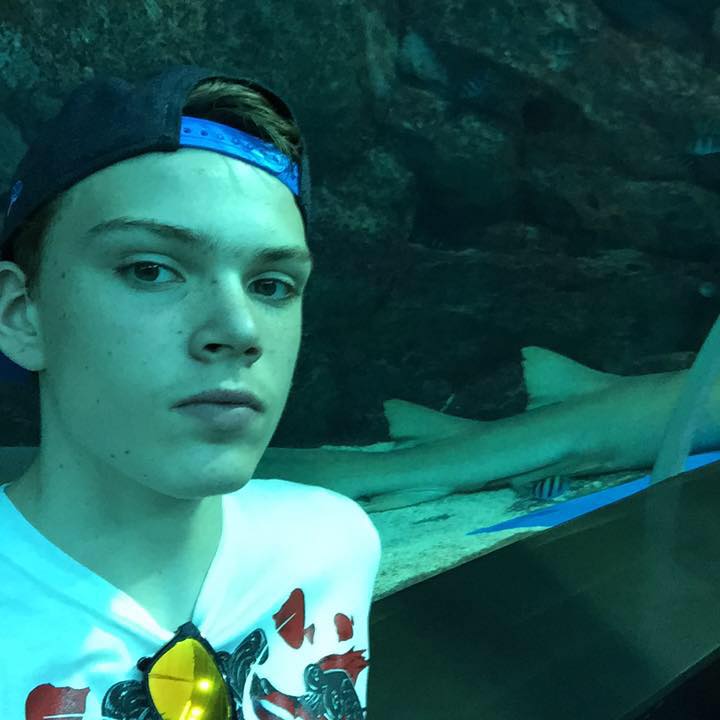 This madman is our final bastion of defence. Fearless and questionable in nearly equal measure, I honestly do believe that if by some devilry we do lose, he’d rather torch Lee Valley than suffer the indignity of defeat. 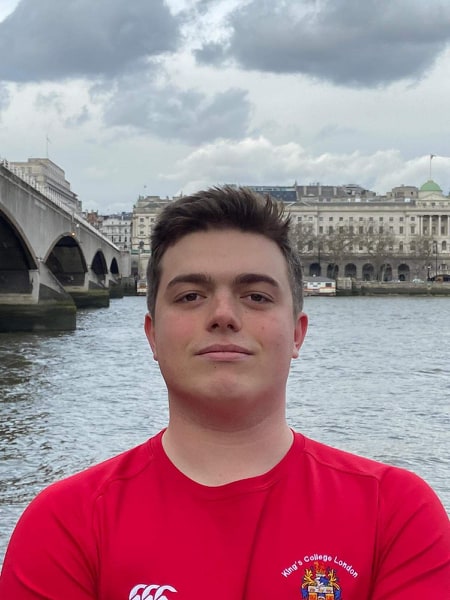 And I looked and behold, a pale horse and his name that sat on him was Dan, and hell followed with him. If hockey was a religion this solid gent would be its most ardent disciple. A zealot committed to nothing more than his girlfriend and the chance to strike down the heretics of Gower Street.

Ethan Kim, (I genuinely don’t know what he does, what year he’s in or how he’s still here, the bloke’s like 36), CB 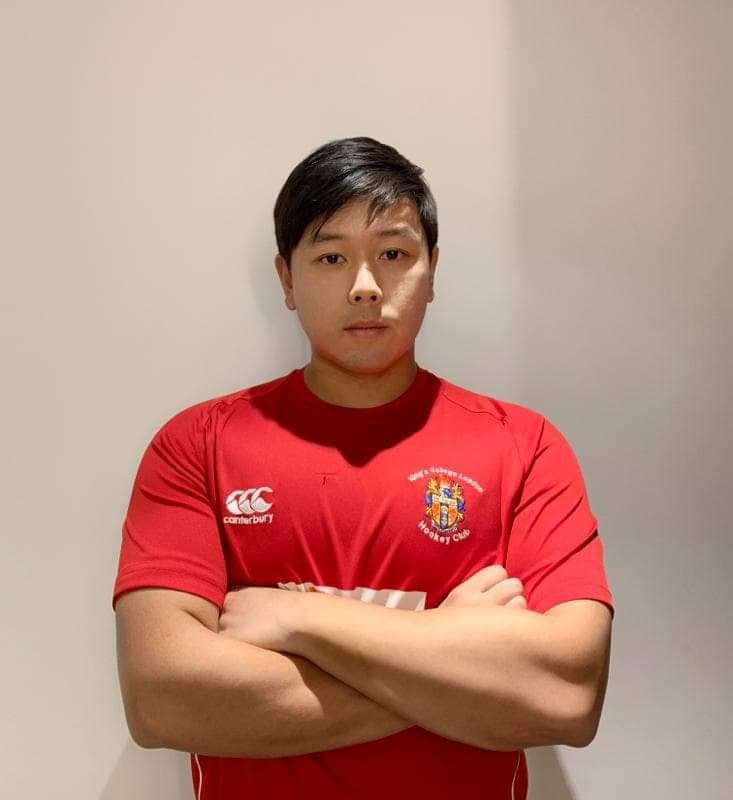 His vast years of experience have left Ethan with a hockey ability unrivaled in this temporal realm. We, who strut and fret our hour upon the stage, cannot hope to understand this transcendent man. All we can do is sit back and admire as the waves of purple scum harmlessly crashes over the rock that is Mr. Kim. 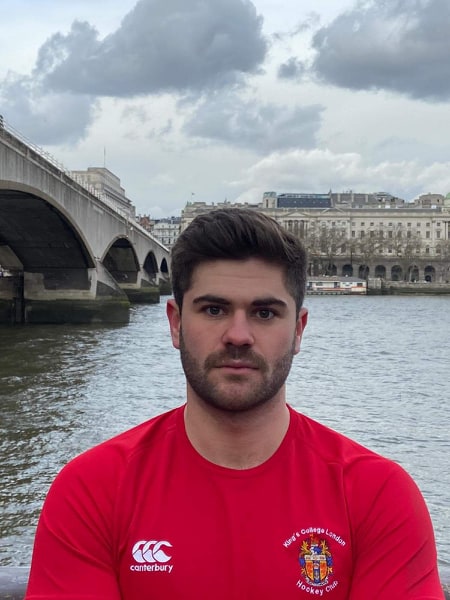 When he’s not moping in the corner of the club or desperately trying to pick a fight with whoever he can get his meaty hands on, our president Barney patrols the midfield. Having recently lost his Michelin man look, he now crams himself into the smallest shirt available. Though his vanity knows no bounds, he lives and dies for the club and is ready to send his least favourite uni back to their hole in Gower street where they belong. (Written by Tom Makin). 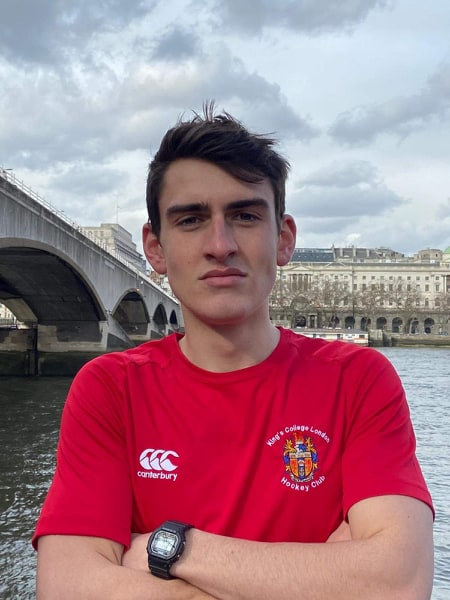 This man would happily read The Economist to his children as a bedtime story and think nothing of it. His love of the financial sector is a stark contrast to his relentless display of good old-fashioned industry on the pitch. Like any good capitalist he’s willing to use whatever means necessary to exploit any weakness the opposition have. 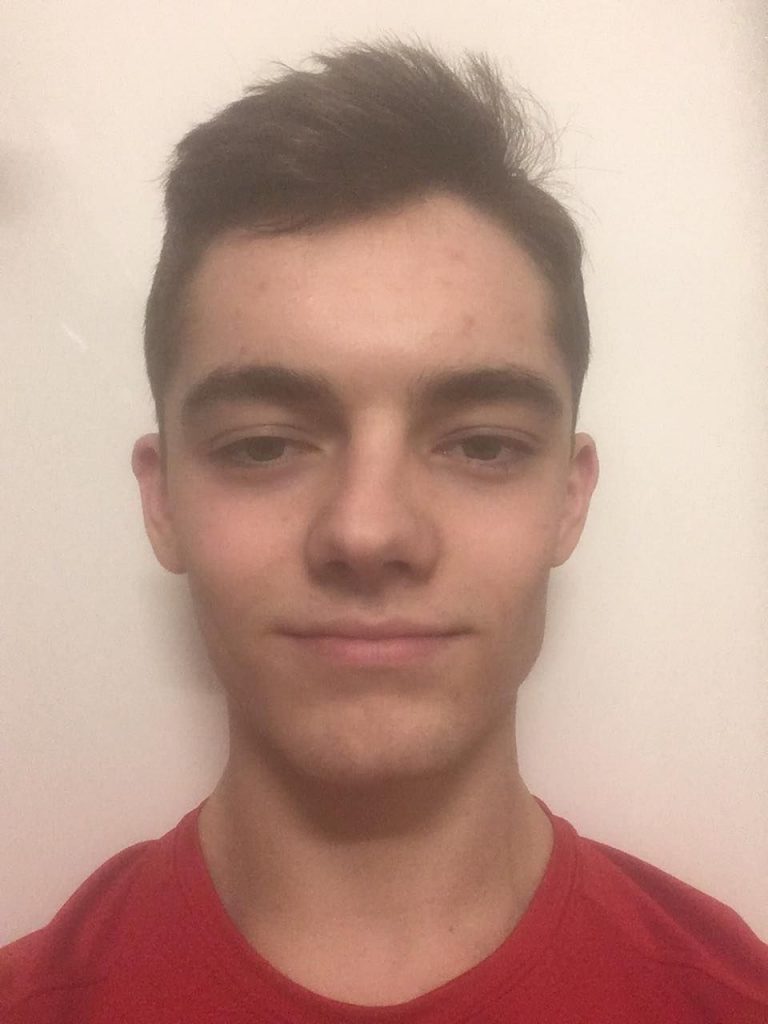 Louis frequently reminds anyone within a mile radius of him that he has been to Aya Napa, a place where I do believe he would like to be buried. The skills that family friendly resort gave him are now put to work on the sand strewn fibres of London’s astros. 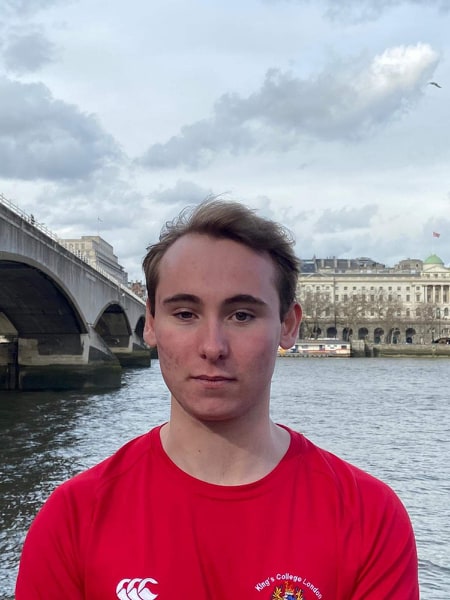 Don’t bother looking out for ‘coleslaw’ on the 6th, the glint of the floodlights bouncing off his balding scalp will identify him immediately. Though Father Time has not been kind to young Harry, with his face regressing in years while his hairline carries its own OAP bus pass, his ability to come out with some magic on the pitch is at time mesmeric. Underestimate him at your peril. 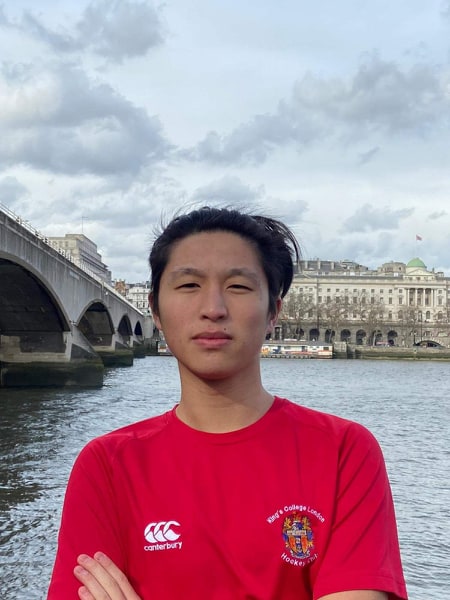 Fresh out of school and clutching a Fireman Sam lunchbox, this little fresher came to us scared and trembling. After countless hours of blood, toil, tears and sweat what we have crafted now is nothing short of a WMD. Marcus is a hockey deviant, intend on just one thing. The destruction of UCL filth. Oh Mrs Ng, what have we done. 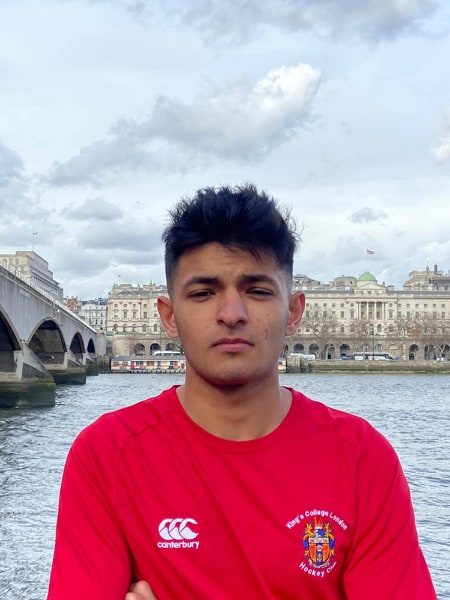 Armed with a permanent skin fade and an adidas tracksuit that would make even the most ardent gopnik wince, this London born novice has more at stake in this fixture than most. By some cruel twist of fate, he has a brother trapped in the shadow realm where the Gower Street hellspawn roam. For Golar, this game is not just for pride, it’s for the honour of his family. Sharpen your razors and fire up the clippers, this boy’s going to war. 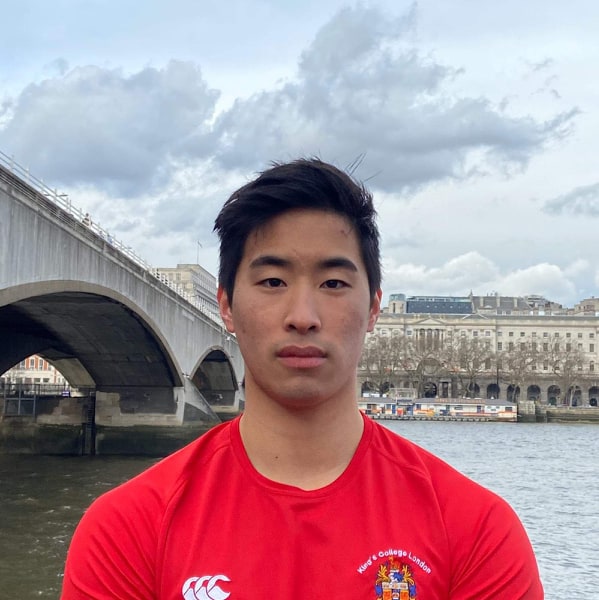 Having already done a BA at Leeds, secured an internship and basically finished with student life, this chonky fella decided to do it all over again, much to the disgust of his traditional Asian parents. For 6 years Alex Tan has exclusively trained arms and traps at the gym, leaving him constantly at the risk of toppling over and never rising again.  While standing however, he is solid indeed, a quality distributor with a filthy slap.

(This is Tan’s second appearance in The Tab, having made headlines in Leeds last year. Well worth a read). 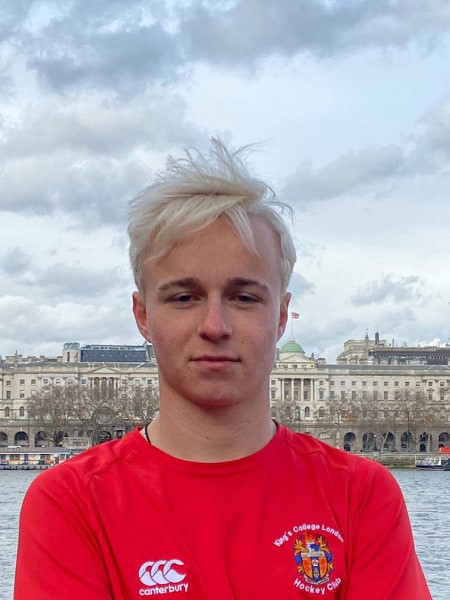 While Alex or ‘Boozeman’, as he is affectionately known, may look innocent, his true nature is anything but. Part of an elite sporting family, his father playing for Ajax and his brother a young Olympian, Huisman has inherited the ruthless desire to win found in all great sportsmen. Will this be his chance to finally step out of the family’s long cold shadow? 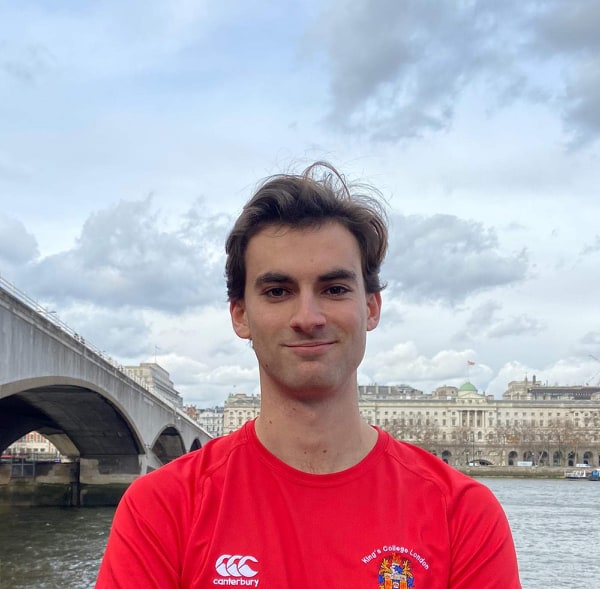 Though this human soundboard seems to be inexplicably limited to uttering ‘what a time to be alive’ over and over and over again, his persona alters immediately as his fingers grasp the icy surface of carbon fibre. Towering way over 6ft, he will blot out the sun, allowing UCL to enjoy their demise in the shade. 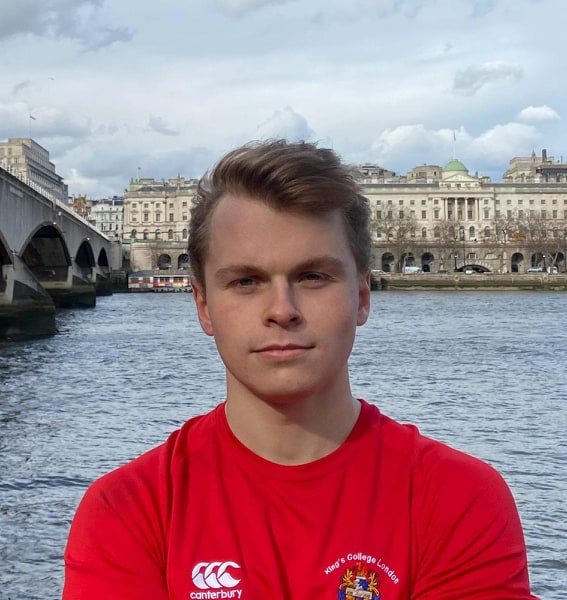 On a cold and wet sports night, I once asked Freddie if he was cold. The young man turned to me and said, ‘thank you but no, my love of Queen and Country keeps me warm enough’. I quickly fled, not wanting to be mistaken for a rebel. Just glad he’s on our side really. 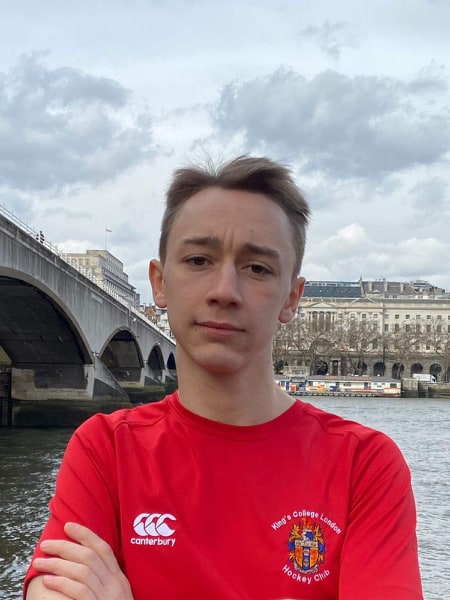 There are moments in sport when the unthinkable happens. Joost van der Westhuizen tackling Jonah Lomu, Stephen Donald’s successful penalty in 2011 despite being the 4th choice fly-half and Ben Stokes’ 135* in the 3rd Test. Tom York being selected for Varsity is one of those moments. Like a novelty turkey-shaped Christmas hat, he will join the rest of the 1st team in their efforts to purify Lee Valley of the purple self-righteous stench of UCL. 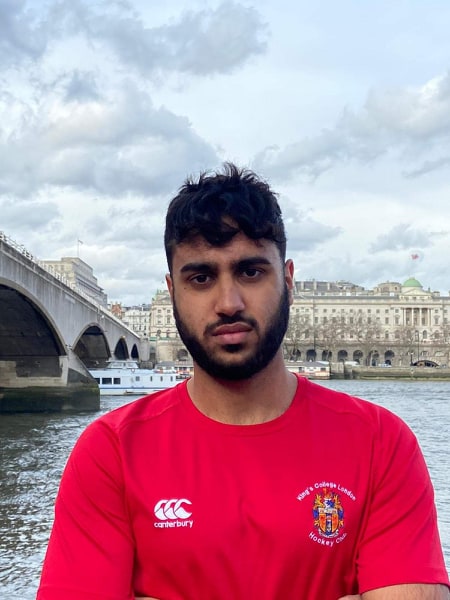 When Arjun steps onto a hockey pitch, he sometimes looks very lost. Do not be deceived. It’s a ploy. Like the sirens faced by Odysseus, it is an act to invite only ruin and remorse. Yes, he has a sleep pattern that would make a therapist shudder and yes, he is yet to manage to make a single lecture or seminar this year, but these things melt into insignificance the moment that pass comes his way. 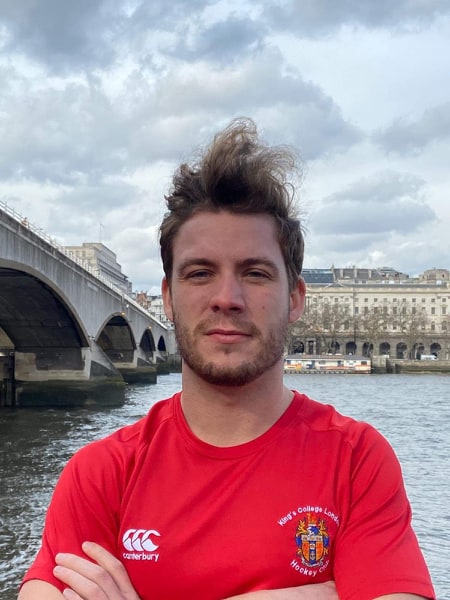 For Bram, Varsity offers a chance to prove himself. He is here for the long haul.