No PDA in my Li-bra-rayy

The one double-parking a computer and a laptop 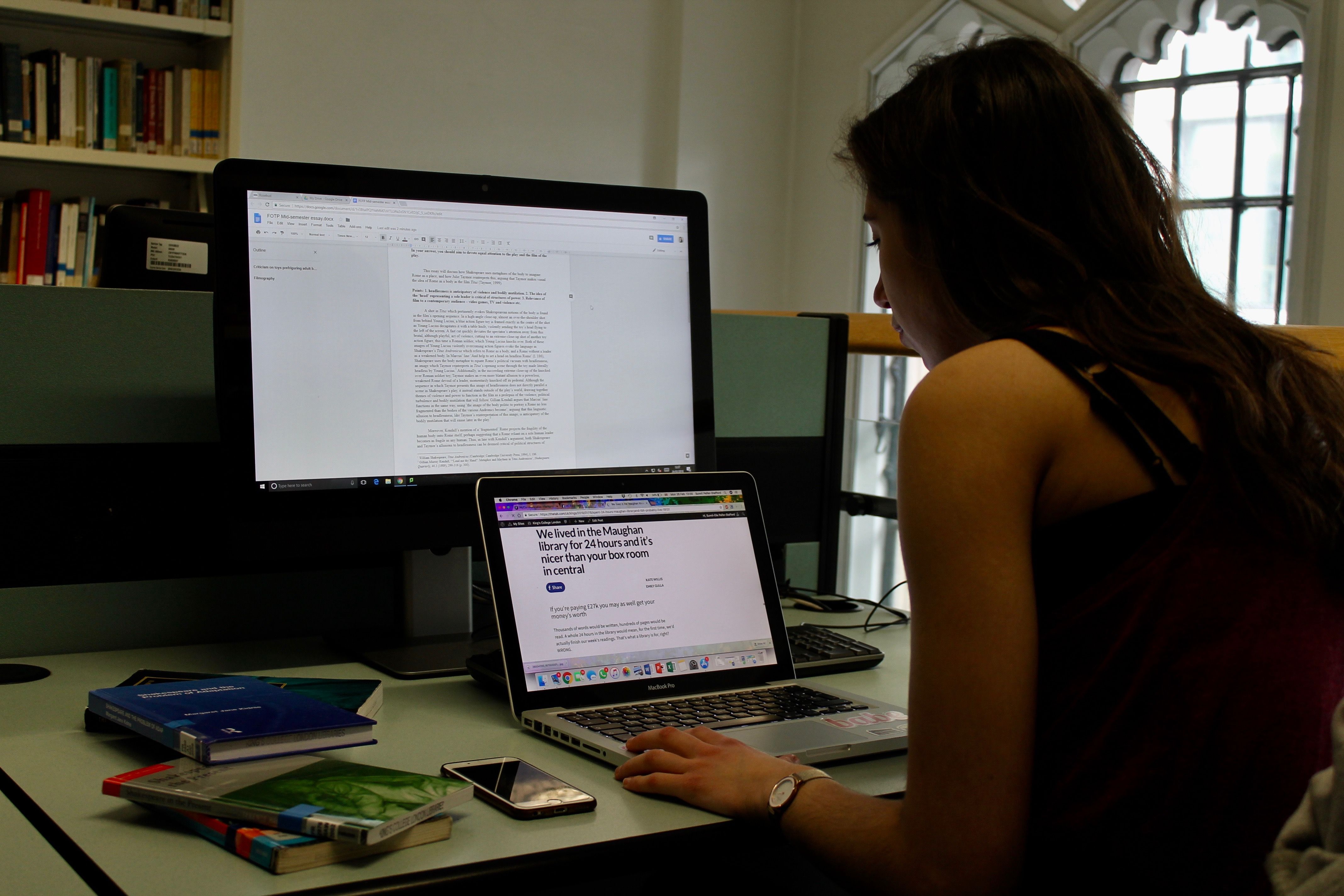 Are you a Twitch streamer? Is there any possible reason for needing two screens at once? I just want to print some stuff. Please fuck off.

The couple making out in the stairwell

You thought you’d nip downstairs via the nearest stairwell and suddenly you’re stepping around Romeo and Juliet. Go home and sort yourselves out.

The couple basically making out on the desks

You cannot escape the tyranny of PDA. Couples who learn together, are a pain in the arse together. The footsie, the giggling, the constant sound of their chairs rolling over to each other: it’s nauseating.

The one having a loud phone conversation in the corridor 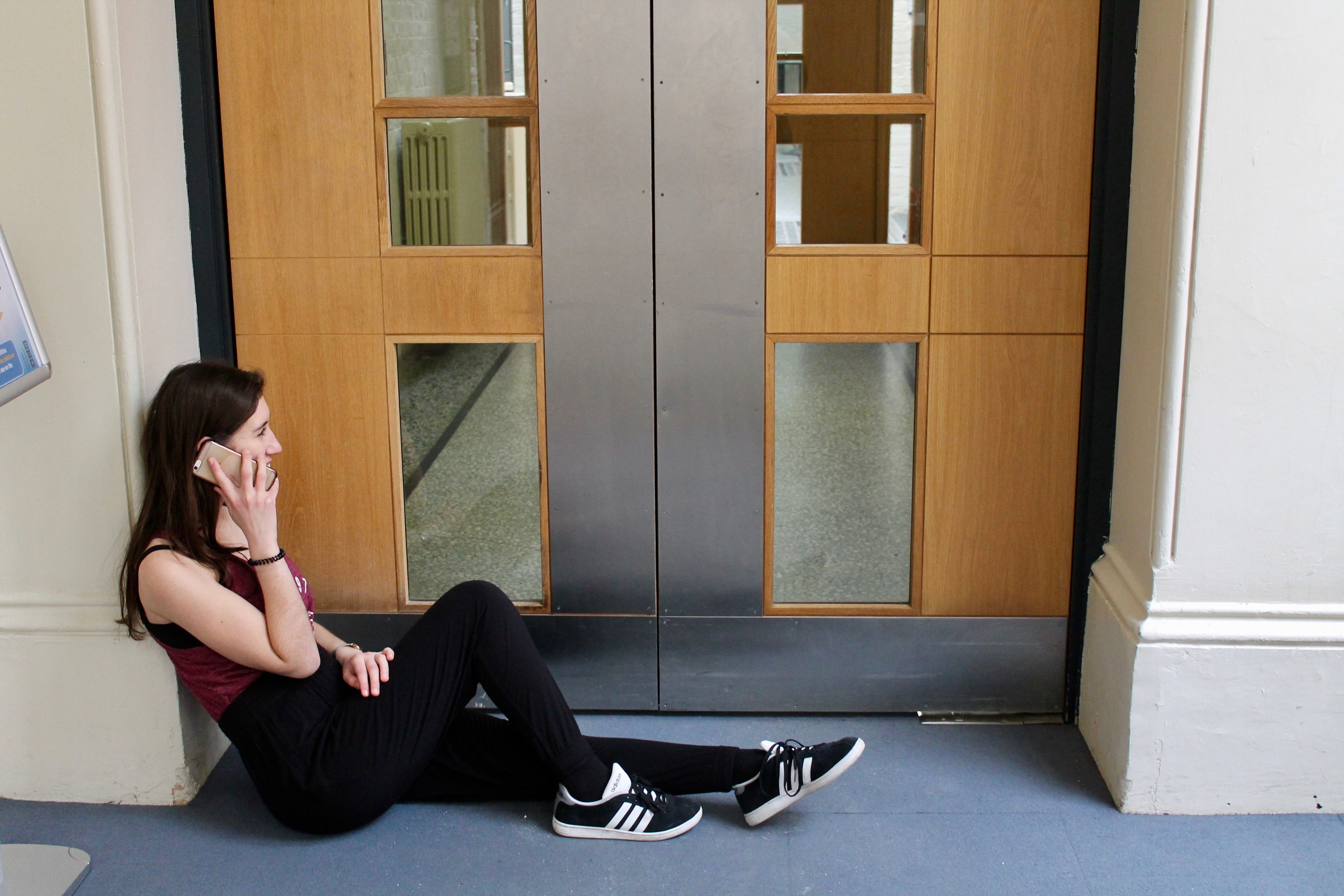 Yes, we can hear you. Go outside.

The one having a loud conversation right next to you

Have these people been in a library before? Are they aware that everyone on the mezzanine above can hear them? Of course, they are. You don’t dare shush them. You’re not that extra, but you have been tempted by that Maughan hotline once or twice., just to see if someone really will come and wag their finger at them.

The one unable to put their phone down

The butt hits the seat, the phone comes out. Books get unpacked – phone’s out again. Opened the laptop – better check the phone. You can spot these sad cases by their body positioning: with their elbows resting in the middle of the desk to better hold their phones to their faces, resigned to any possibility of work being done. When they’re not holding their phone, it’ll vibrate loudly every two minutes and all you’ll want to do is throw your meal deal at them. 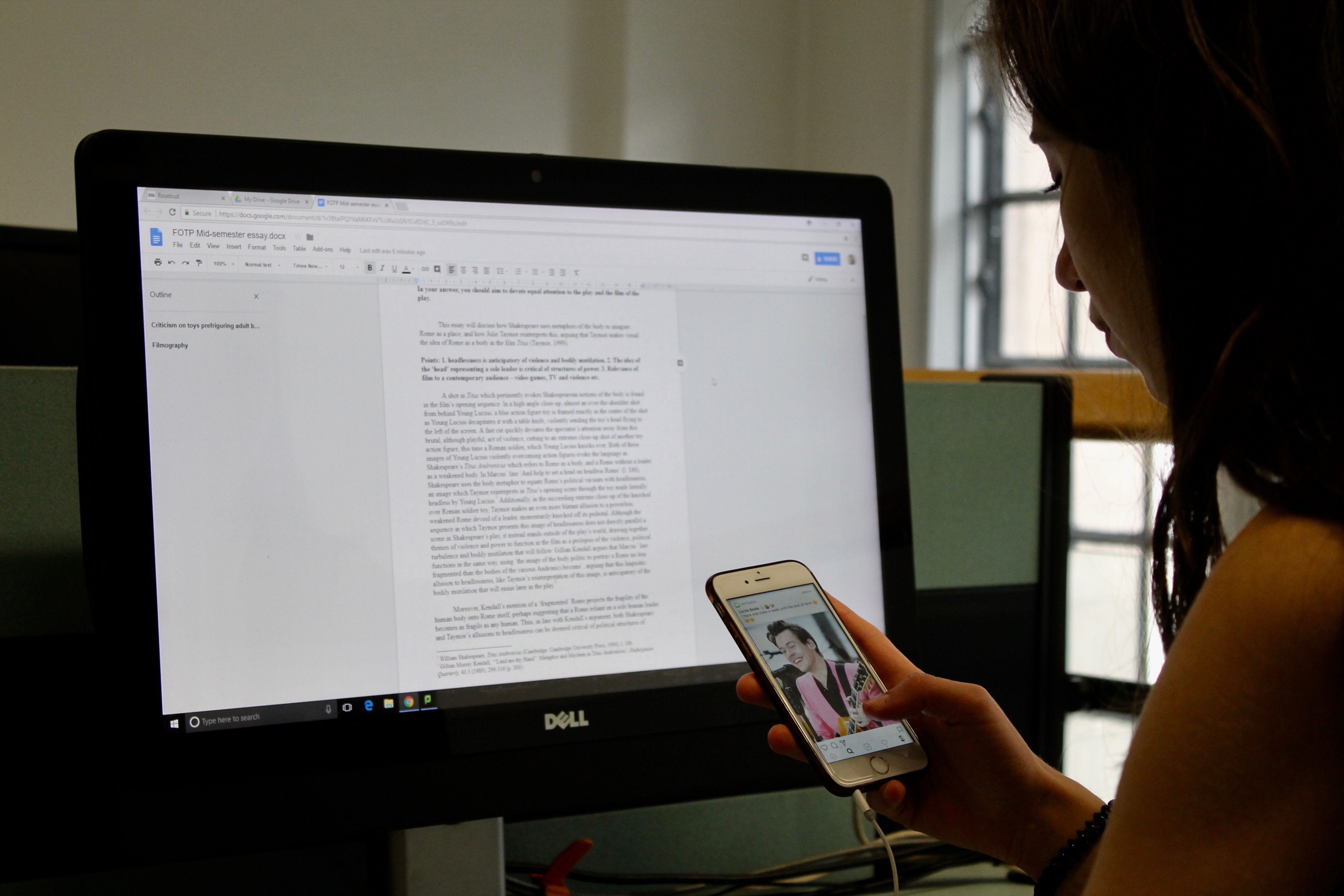 The one eating ramen

You like ramen. Correction. You like eating ramen. The smell of someone else’s second-hand steamy ramen-breath? Not so much. Jesus Christ. Go to Rolls.

The heating not on at home? These guys are walking examples of why you shouldn’t bring your laptop to the library if you can help it. When they’re done with YouTube, it’ll be off to Twitter, then Facebook, then back to YouTube. The cycle is vicious and never-ending. 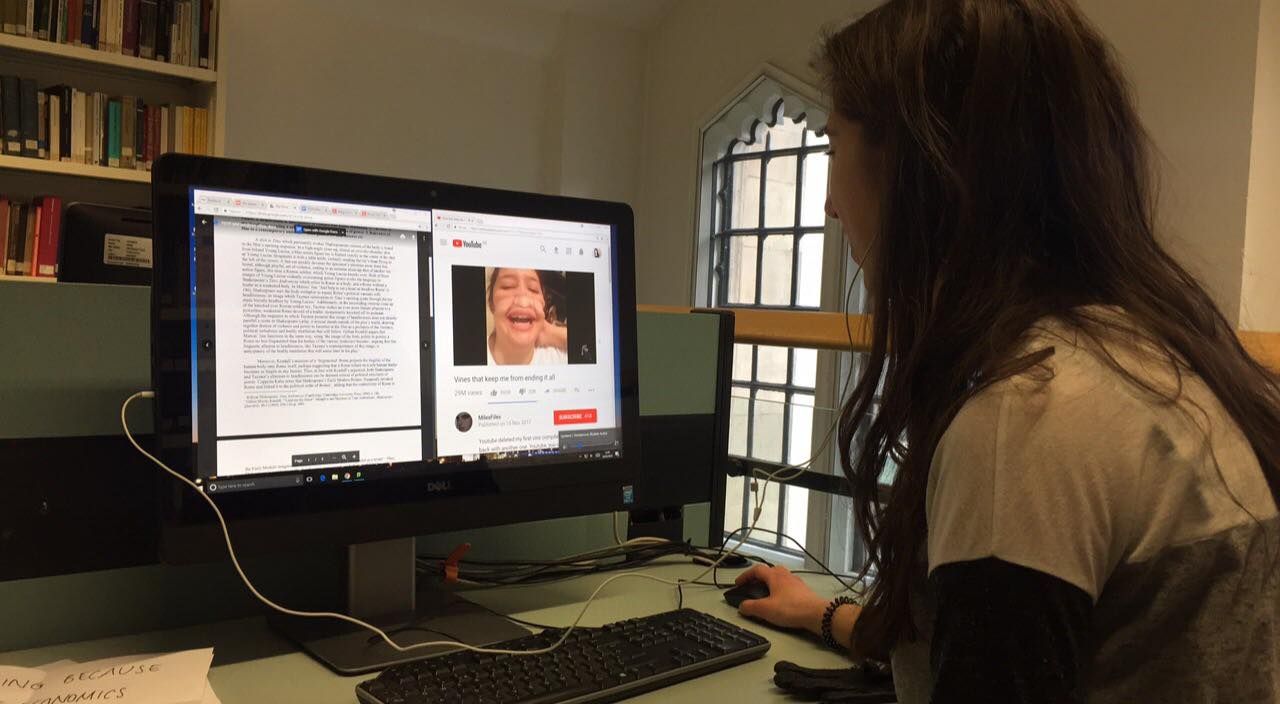 Vines that keep me from ending it all

The one who’s fallen asleep 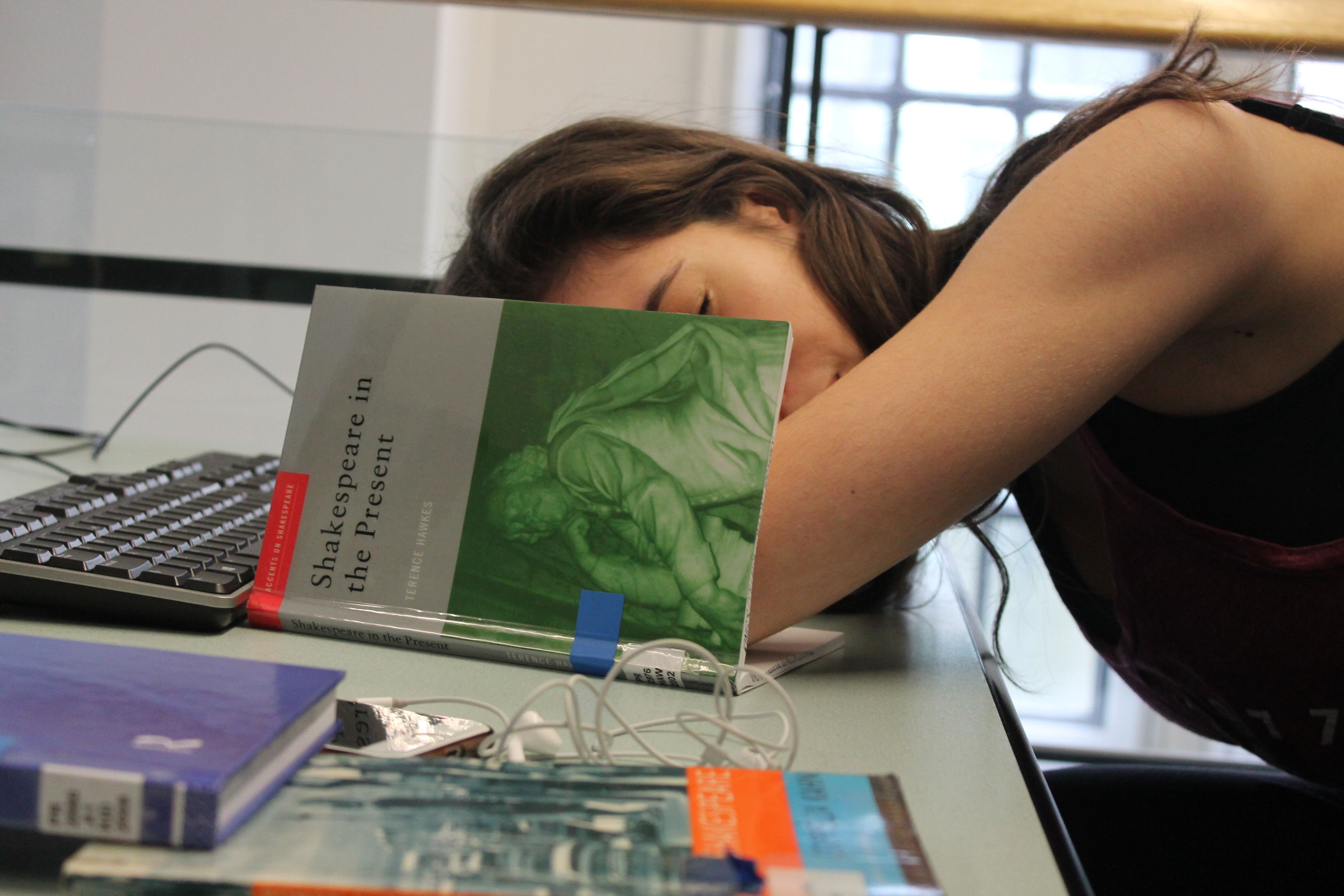 It’s all an act. These people don’t actually do much work. Once upon a time you might have put a photo of them on a 'Spotted' page, but that’s all a bit 2014 and, now that you think about it, really quite weird.
They're probably just writing a Tab article.

The one who keeps getting up

One minute they’re looking for a book, then they’re printing something off, getting a coffee, nipping to Tesco, going to the loo. You haven’t seen them write a single thing the whole time they’ve been here, they’ve just been fidgeting.

In all seriousness, nobody likes to hear about the stubble on the boy you brought home from last night's sesh, nor hearing your phone vibrate. Like a wise man once said, cut out the bullshit and get back to work.