Most sabbatical officers abstained from the vote

The motion for the SU to support the UCU Strike Action passed by a huge majority at last night's AGM Meeting.

Hebe Fletcher proposted the motion and called for the SU to support the UCU Strike Action as it is protecting the work culture within our university. The UCU action revolves around both pensions, and 'Four Fights': precocity, inequality, workloads, and pay.

Alongside this, Hebe stated that "staff working conditions are student's learning conditions" and that with the support from the SU, there is greater pressure on the UCEA (Universities and Colleges Employers Association) to come to an agreement. 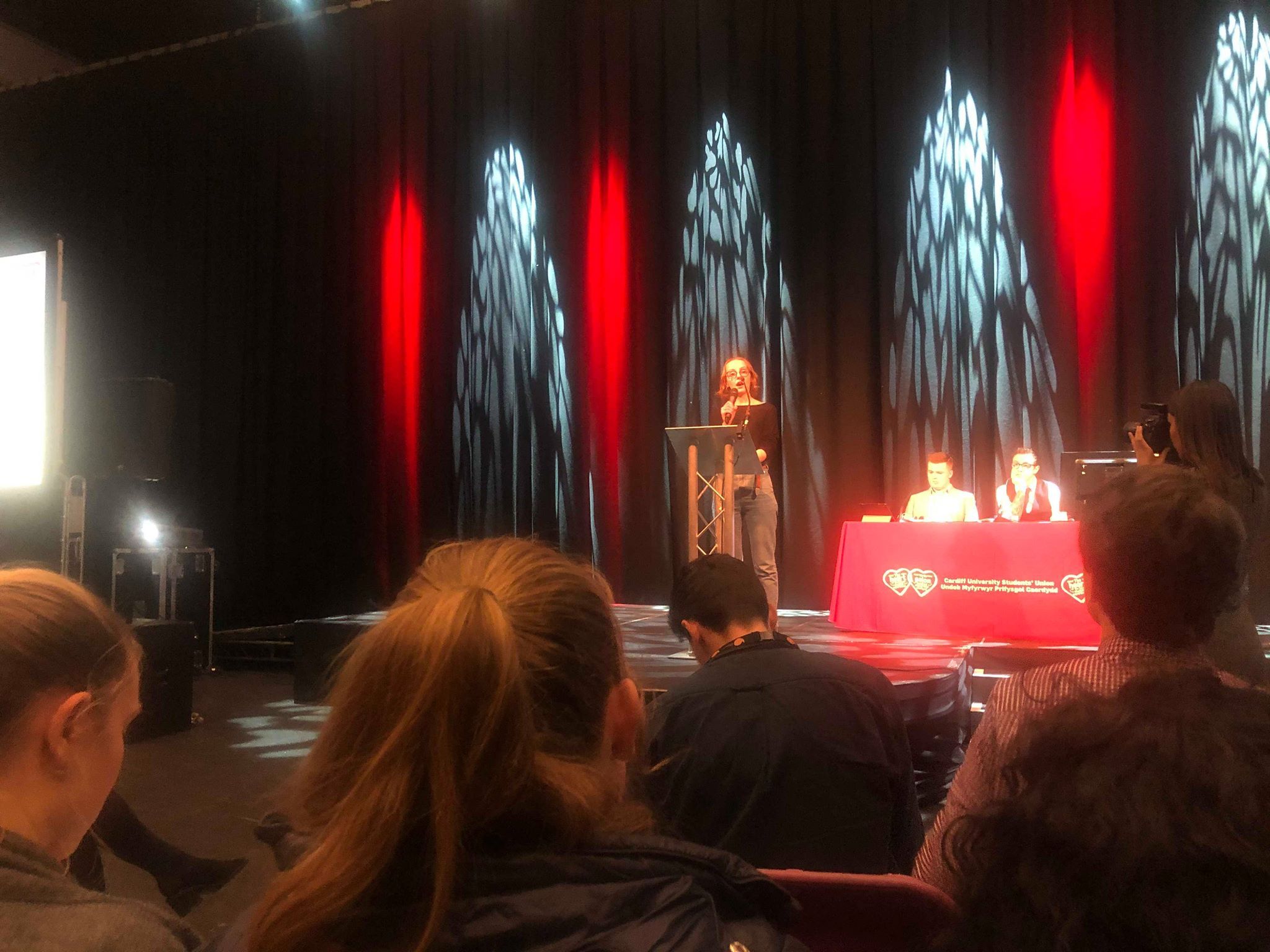 With the audience voted in favour of the motion, the SU now will work with UCU to 'meet demands of the union regarding the Four Fights and pensions'.

The SU have stated that they will "lobby the University for fee reimbursements for any lost contact hours" due to the amount of disruption that will occur for students during the eight day strike.

In addition to Hebe, a postgraduate student spoke in favour of the motion and in solidarity with lecturers. They argued that the Vice Chancellor earns over £250,000 and as far as the pension matter it concerned, there should be cuts at the top and not at the bottom.

Aside from support, there was some opposition present by a third year Cardiff University student. They stated that although they understand the need for strikes, the action would hinder their learning due to missing an entire week of lectures.

The motion passed by a large majority, however, most of the Sabbatical Officers abstained from the vote.

We can’t just sit on the fence on industrial action. We’re not just talking about pensions here, we’re talking about the gender and ethnicity pay gaps for our staff, plus the precarious use of staff and PGRs! Plus you get splinters up your backside #CardiffAGM19

"The priority of the AGM is to allow students to organically come to their own decisions and opinions based on the debate presented. The Officers are always free to vote how they wish and most of us decided to abstain from this issue.

At no stage do we contest the principle of strike action but we also have a duty to ensure that the immediate impact of missed lectures and contact time on students are at a minimum. We will ensure that we work with both the UCU and the University to achieve these aims."

• Cardiff SU has voted to adopt an official pro-choice stance