The audience voted for an amendment

The environmental motion passed at this year's AGM, which was proposed by Cardiff XR President's Matt Tomlin.

Matt called for the SU to be more committed and proactive in their response to the climate emergency. Having passed, the SU will now undertake a 'Tell the Truth' campaign and to reach a target of net-zero carbon by 2025.

In his proposal, Cardiff XR's president Matt Tomlin, stated that Cardiff University and the Students' Union need to uphold their duty to "protect their students" against harm.

Alongside this, the motion suggested a Students' Assembly which would work in the same process as a Citizens' Assembly, discussing issues and what actions to take. He proposed the idea of up to 500 random students to represent all dimensions of the Cardiff student-body, from religious and ethnicity groups to nationality. 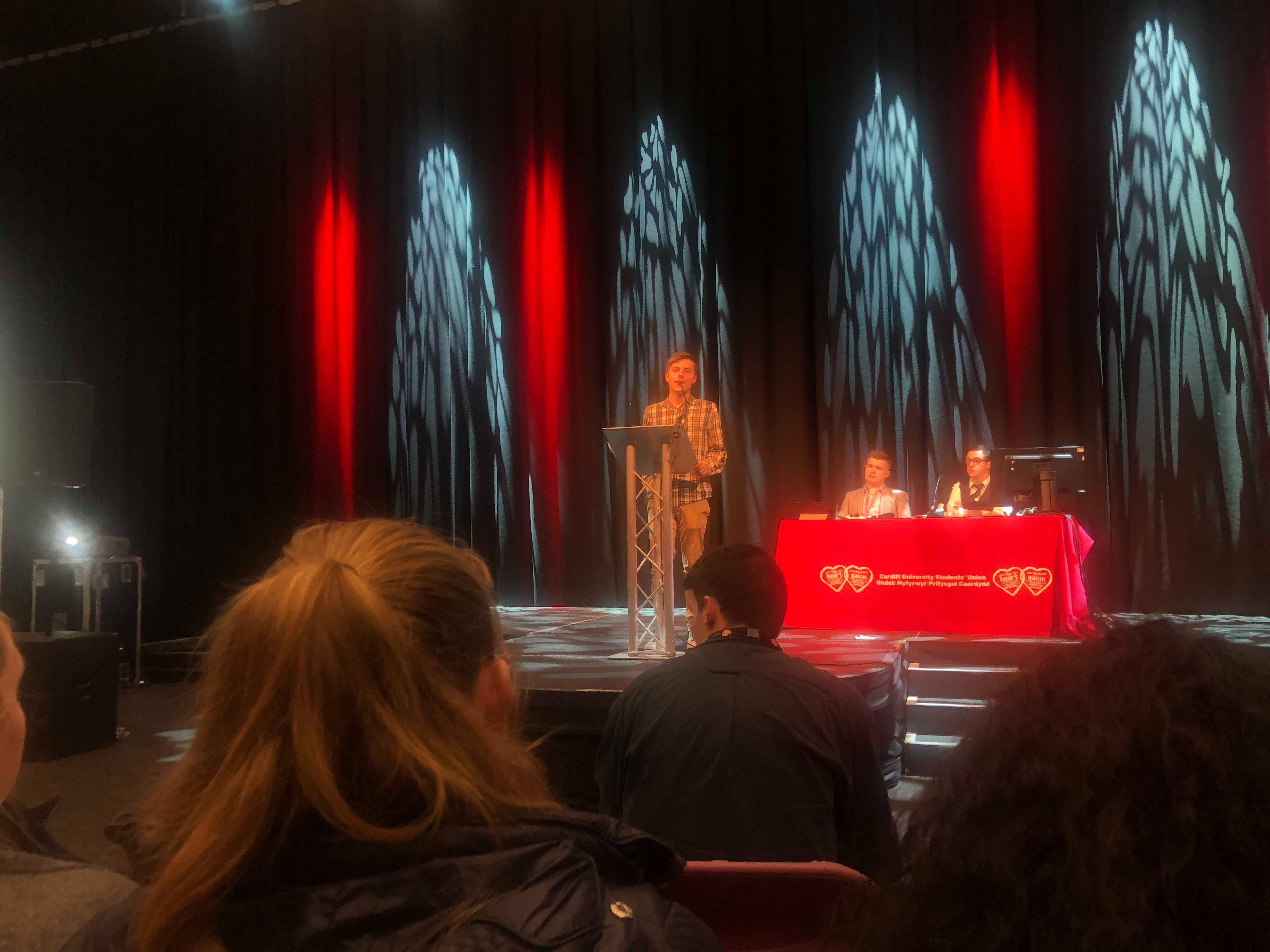 No one spoke against this motion however, an amendment was suggested by VP Welfare, James Wareham. James wished to remove the idea of a Students' Assembly as he said he was "here to be realistic" and he couldn't imagine a situation where they would successfully mobilise that many students. He said in his speech, "how many of you actually want to be here tonight?" 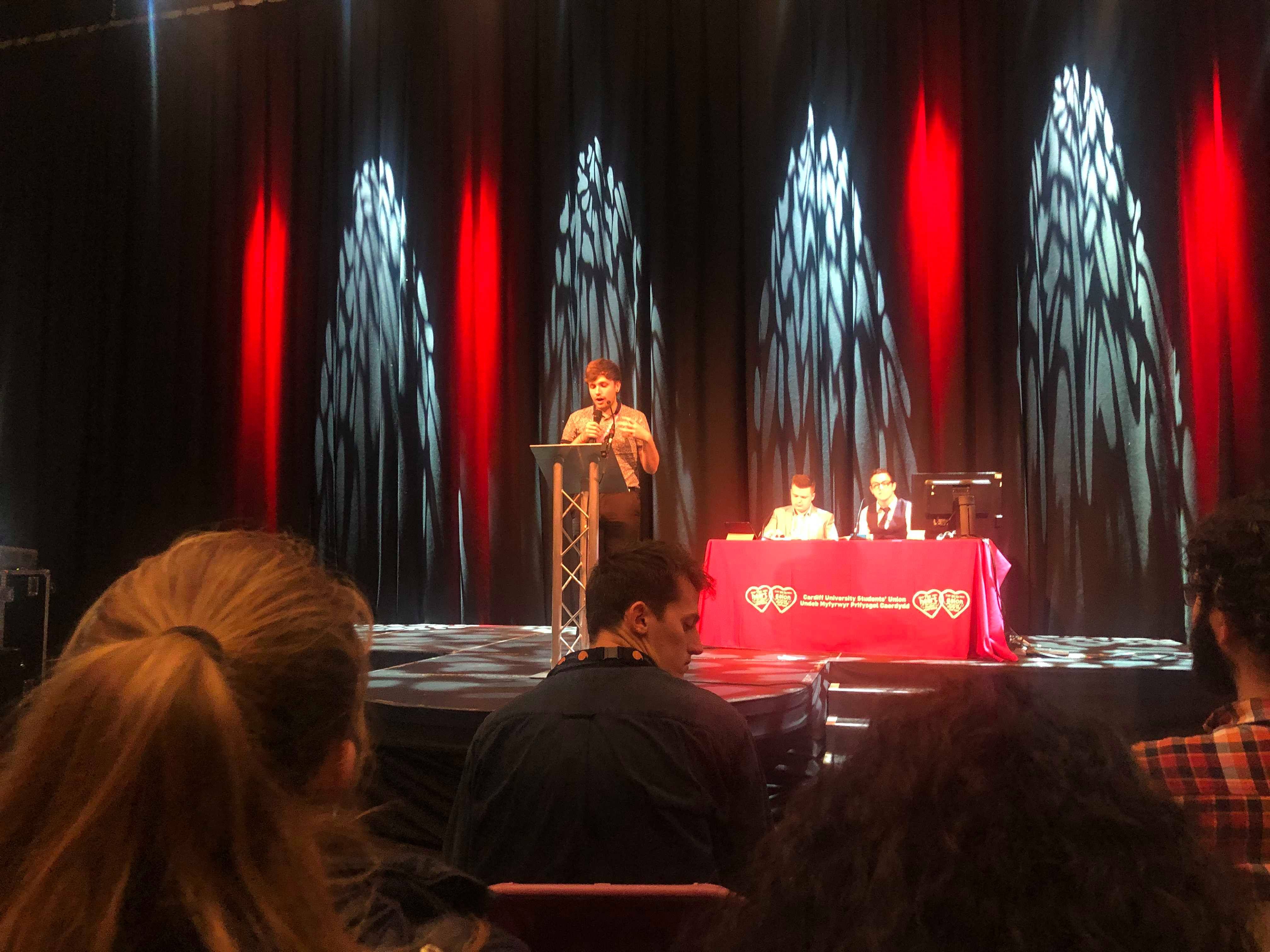 Although Matt rejected the amendment, the overall motion was passed under the terms that the changes proposed would be implemented.

However, not only did this amendment set back Matt Tomlin's original motion, but a question from the audience also caused some tension.

According to scientists, avoiding meat and dairy is the 'single biggest' way to tackle climate change. Yet, this did not receive a mention in Matt's motion, who focused on the SU reducing their carbon emissions.

The Vegan and Vegetarian Soc's secretary, Iona Frenguelli, asked whether or not XR Cardiff will hope to tackle this by consulting with Cardiff Students' Union to stop selling meat products on campus. XR's Matt responded that XR's aim is not to tell people what they should or shouldn't do and it may be something that would come up in "democratic processes".

Iona told The Cardiff Tab: "I was quite disappointed that he didn't address my concerns about selling meat on campus… often when people claim to be for 'radical change'… they forget that we as individuals have a huge amount of power in slowing climate change just by changing our diets.

Goldsmiths university no longer sell any form of beef on their campus in an attempt to combat climate change, I think if we want change, we have to act!"

The Cardiff Tab asked Matt how he felt about the motion passing, to which he said: "I'm happy [the SU] have set the 2025 target, that will lobby Cardiff University to do the same… The main thing we were trying to get sorted was the idea of a Students' Assembly… I am sad regarding [that]".

• Cardiff SU has voted to adopt an official pro-choice stance