New figures show one Vice-Chancellor is earning £800k, see where yours ranks

On average there was a four per cent increase in pay

As university lecturers strike across the country today over pension disputes, it has been revealed that Vice-Chancellors salaries are actually increasing.

Bath Spa had the largest increase in any Vice-Chancellors' pay, with a 142 per cent increase in pay leading to a staggering £808,000 total salary including pension.

Stand out figures also included Sussex's VC who has a total salary over half a million pounds. Birmingham, Exeter, Hull, King's College London, Oxford, Sheffield, and Southampton also all earned well above £400,000. 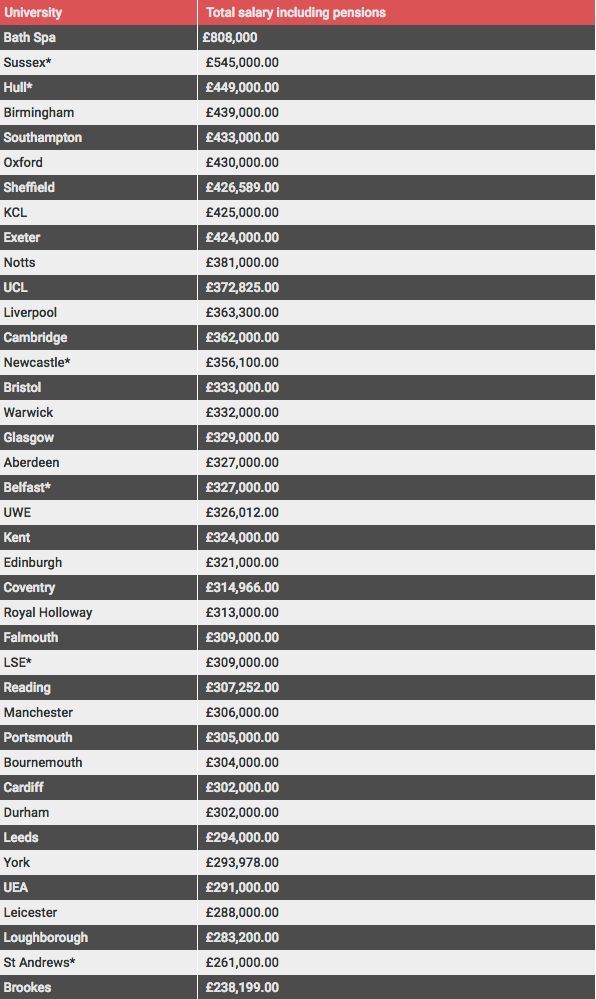 Most university Vice-Chancellors had an increase in the amount they were paid, with Hull, Kent, Loughborough, Newcastle, St Andrews, and Sussex all had an increase in over 10 per cent of their salary from 2015/16, reported in The Tab last year.

Additionally, many also received a bonus in addition to their basic salary, as Exeter's Vice-Chancellor pocketed an extra £47,000 in bonuses. 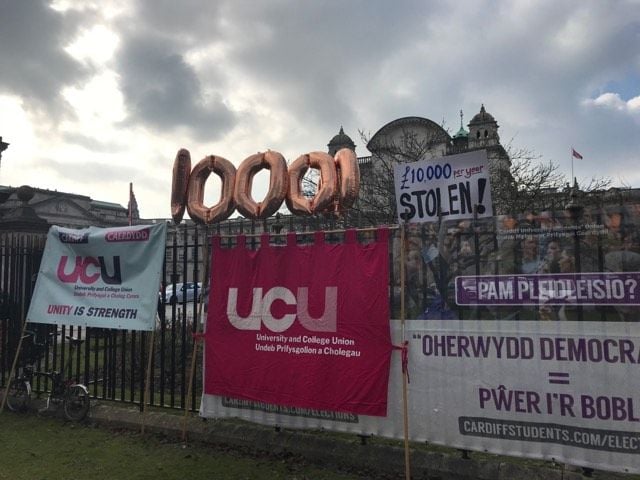 Although the increase in pay at a lot of unis, some universities did have pay cuts this year. LSE's Vice-Chancellor had their salary reduced, who also changed within the last year, by 25 per cent.

All data provided by The Times Higher Education.