They are very sorry

The unfortunate typo was in the first line of a story on page 22 in the Science section.

Now floundering editors have apologised for the cock-up on page two of this week’s paper saying: “The correct name for the disease is ‘human immunodeficiency virus’.

“To be blunt: this error is offensive on multiple levels, and extremely regrettable.” 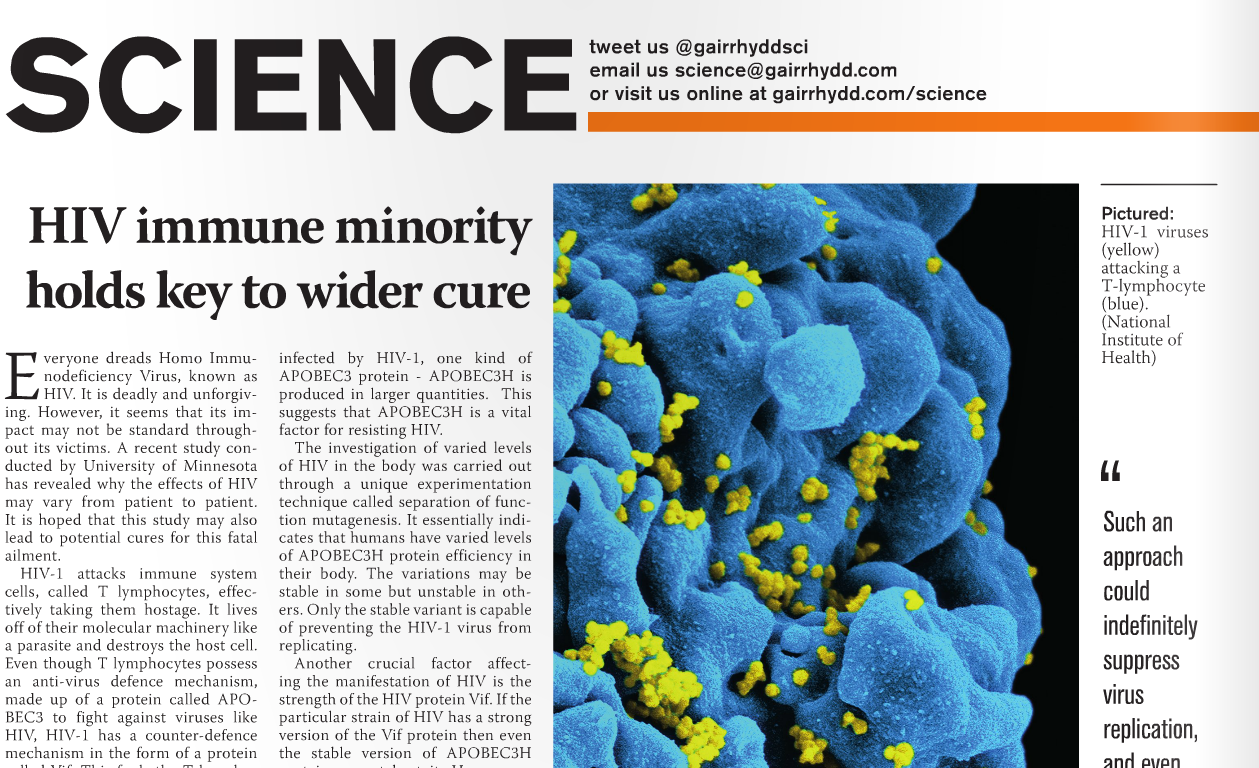 They mistook the H in HIV for homo

They said: “The writers and editors in question have been notified of the error and the wider team will endeavour to make sure this does not happen again.

“We apologise for the error. Online editions have been amended.”

The original article that mistook the H in HIV for homo instead of human was headlined “HIV immune minority holds key to wider cure” and was printed in the issue dated Monday 1st December.