Proletari-out! Security evict socialist students because they will ’cause deaths and crushing’

Watch: Outrage as ‘dangerous’ table snatched by The Man

They say the working class having nothing to lose except their chains.

But Cardiff’s Socialist Society lost their table at freshers fair today – because it would cause “death and crushing”.

Security bruisers banned the left-wingers from preaching on the street outside the freshers fair earlier today as they were blocking an emergency evacuation route. 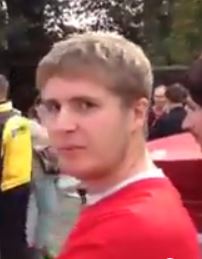 Staff made off with the stall – which was positioned in front of the post box and litter bin – after a row broke out.

A member of the security team defended the eviction, claiming the tables at the front of the Union would cause “deaths and crushing” in the event of an emergency evacuation.

It is not immediately clear whether the post box and litter bin behind the group’s table will also be removed.

Ian Pattison, a member of Socialist Students and also a Politics student at Cardiff, told The Tab: “The university want to have control of the freshers fair.

“Generally at universities there has been a bit of a clamping down on political activity in the last couple of years.

“It was odd how aggressive the management were. They’re not going to intimidate us, but it would be for a new student, security behaving that way.

“The best antidote to that we have is organising with the workers, we can get safety in numbers.” 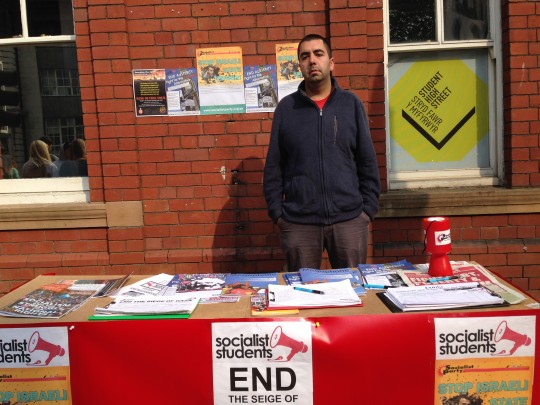 Joe, a Socialist Student, stands. By the stand.

Security refused to comment, but Elliot Howells, the Students’ Union President, said: “Organisations often use the space outside of our building to promote themselves.

“In this particular case, the group in question were blocking access to our lift which is the only way for students with mobility issues to access our building. We, therefore, had no option but to remove them from the site.” 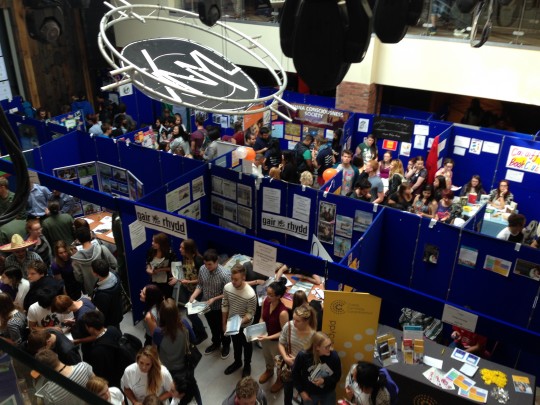 The rest of the freshers fair continues, ignorant of the political furore going on outside.