Has a Caius student written this year’s Christmas number one?

This tune will warm the cockles of your over-worked heart

In case anyone hasn’t noticed, Michaelmas is hurtling towards its inevitable merry conclusion.

Subtle signs are creeping in that we have to start thinking about presents; red cups are out to play in a certain tax-avoiding coffee chain and Sainsbury’s has put out the festive-themed sandwiches.

But one third year musician has been has been thinking about Christmas since the middle of August. Caius’ Naomi Clarke has written, produced and performed in her own charity single to get us all in the spirit – ‘Christmas Is Here’.

The Tab presents the video – hot off the press and just in time for Bridgemas.

Naomi first had the idea when brainstorming ways to strengthen her application to study a music post-grad. She loves the season to be jolly and saw a gap in the market for a new “classic” Christmas hit to get stuck in the heads and hearts of the nation.

The song is about the excitement around Christmas day; Naomi admits with a grin that it took a while to find the right side of the line between heart-warming and cheesy. The first incarnation of the lyrics – “Lord above they were bad”.

She tells me “we got a bit stuck with the rhyme scheme at times… “People ice-skating, and tree decorating…Children are baking, there’ll be no mistaking…” 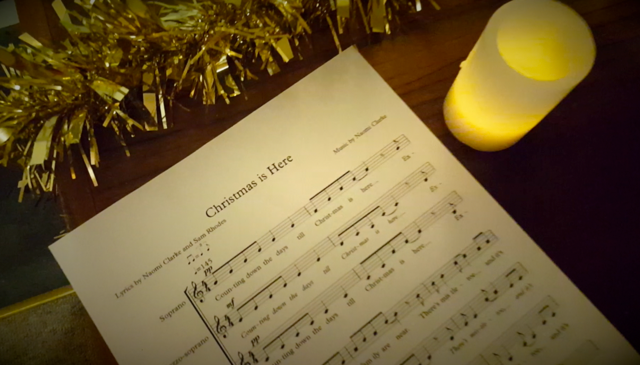 But after several long nights of juggling words around with friends, humming and analysing the big Christmas hits that dominate December radio, she finally found her single. Is it any good? She laughs. “It’s catchy. Annoyingly catchy. People find themselves singing it after only having heard it once.”

The song quickly escalated into an ambitious project when Naomi had the idea of using her labour of love to raise money for Save the Children, “they’re one of the ten RAG charities, and are doing such good work at the moment, particularly with the children affected by the migrant crisis”. The fund-raising potential of the song has already proved itself. On the very first day the ‘Christmas is Here’ Facebook page was launched, eighty pounds were donated– enough for ten pairs of shoes.

To make the song more marketable, Naomi created a music video – using clips of her friends goofing around. “I never told anyone what to do – I just asked them to film themselves being happy. My cousin’s rabbit makes an appearance.” The video is a charming hotchpotch of picturesque shots of Cambridge and giggly camera-phone videos. It feels very intimate, and is difficult to watch without cracking a smile. 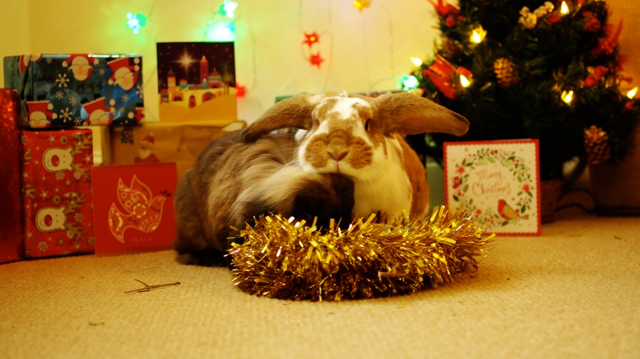 The rabbits definitely steal the show

The end result of six month’s work is festive, addictive and so sweet that it feels like it could be detrimental to your health. The aural equivalent of quality streets.

Naomi evidently has big dreams for this song. Could it be this year’s number one? “I think so. Maybe not in its current state, but if Michael Bublé recorded it…” 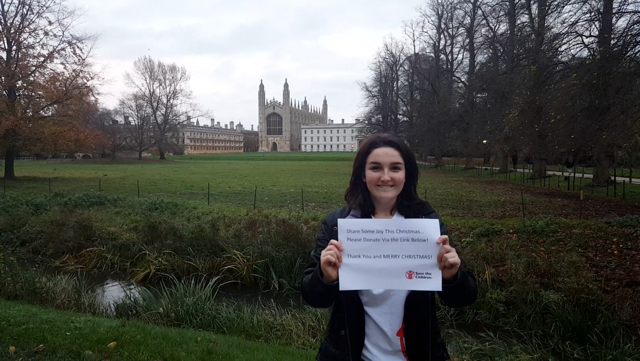 Christmas is Here is available to buy on Itunes from today. All profits will go to Save the Children.