Another great day of rowing at Lent bumps was capped by a thrilling final race in which there was a change at the head of the river.

The big news of the day is the Caius M1 bumped Downing to take their place at the front of the men’s field. This is a role reversal of last year’s bumps where Downing took the lead off Caius. Downing however will not give up and are sure to come back strong tomorrow to try to regain the lead in this epic battle.

In the rest of the M1 division there were fewer bumps than yesterday but the racing was just as thrilling. The Peterhouse, Robinson, Kings and Fitz boats all continued their climb up the M1 table and the four of them along with Caius are the five boats left eligible for blades in the top men’s division. 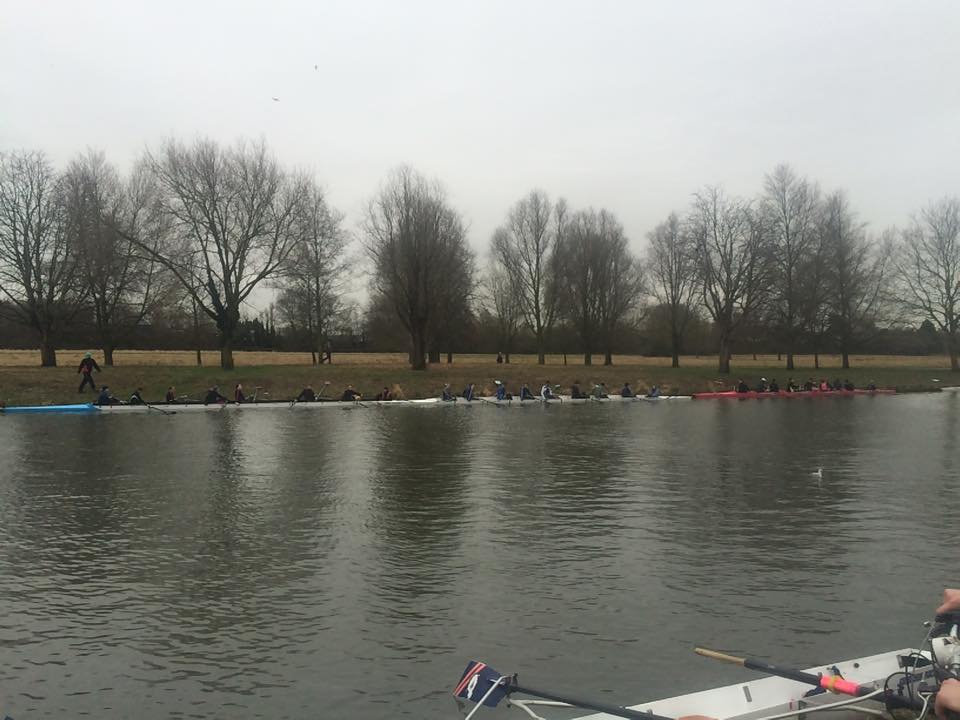 The teams preparing for the race

At the top of the Women’s race Emmanuel had a relatively easy row today to stay at the head of the race. This was because Christ’s managed to bump First and Third to move up to second. First and Third have now been bumped in both of their outings this year. This will mean that Christ’s who have moved up on both days so far will challenge Emmanuel tomorrow for their pole position.

Also in the W1 race Jesus managed to bump Downing to move up into fourth where they will try to bump the struggling First and Third side tomorrow. In the W1 division there are only four boats (Emmanuel, Jesus, Christ’s and Queens) that are still on track for blades.

There was also another division change today; Trinity Hall managed to bump King’s as the sandwich boat to move up into W1 for tomorrow race, which is a huge achievement for the crew. 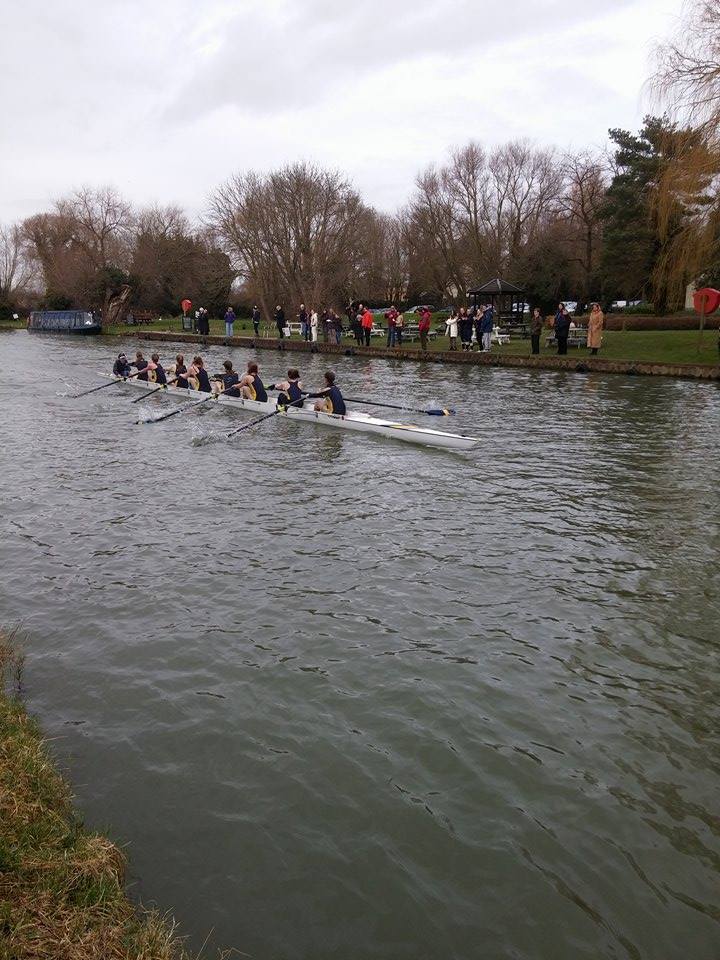 Another great day on the river.

The most exciting races of the day came in the M2 and W2 categories where in both case only three out of the 17 boats were not involved in a bump. It was absolutely brilliant racing to watch and was a great spectacle for the loyal fans that braved the elements.

In the overall competition for the Marconi cup in was a bad day for Fitz who fell from first at the start if the day down to sixth. The hole Fitz left at the top of the table was filled by Lucy Cavendish who now move into first place on a score of 18 points. It is a very close race at the top of the table though with Churchill and Emmanuel both within three points of the leaders. As today showed it could all change quickly and with the battles heating up at the top of each division there is lots to look forward to in the last two days of Lent Bumps.