Chaos erupted in Varsity accommodation last week when a classicist was electrocuted and other students nearly got bottled by a cleaner.

Cambridge students on this year’s Varsity Ski trip were chilled by the low standard of accommodation in Tignes. Most shockingly, a second year classicist was electrocuted in his bathroom and one room full of Christ’s students was attacked by a cleaner with bottles of Stella Artois.

The electrocution occurred whilst the student dispensed of an orange peel into the metal bin in his bathroom, which had an electric heater but no shower curtain. 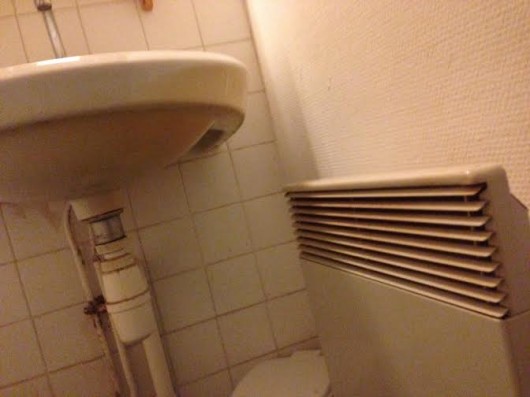 The student survived the incident with nothing more than a shock, though he said that experiencing the 110 volts mains power supply was ‘deeply unpleasant’ and that if anything he felt ‘less energised’ after the event. The students of this particular room were at least later relocated to another, less electrifying room. 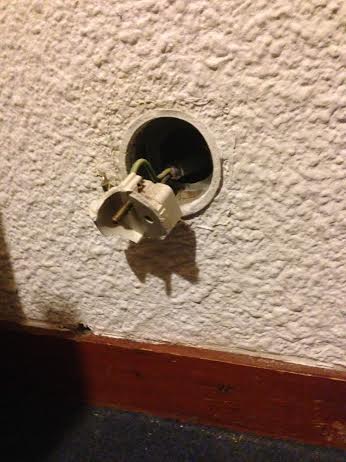 The shocking state of the plugs in the room

Meanwhile, on Thursday morning a room of Christ’s second years were awoken by an irate French cleaner who had found several beer bottles left outside their door after a particularly boozy night.

Showing all of her European passion, the middle aged cleaner smashed her way through the door like an avalanche, screaming abuse as she threw the bottles into the room. 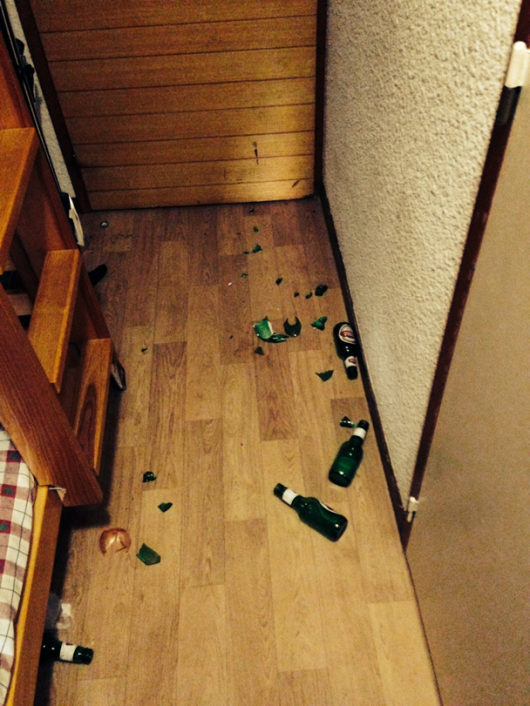 The scene after Stella the cleaner had paid her visit

She was presumably unaware of the irony as she screamed that the boys had ‘no respect’ when throwing the empty bottles of Stella at them. Fortunately the boys avoided the onslaught by sheltering under their covers like men.

One of the victims, Duncan, explained that ‘the bottles weren’t even ours: “I don’t drink Stella because I find it tends to make people aggressive…” 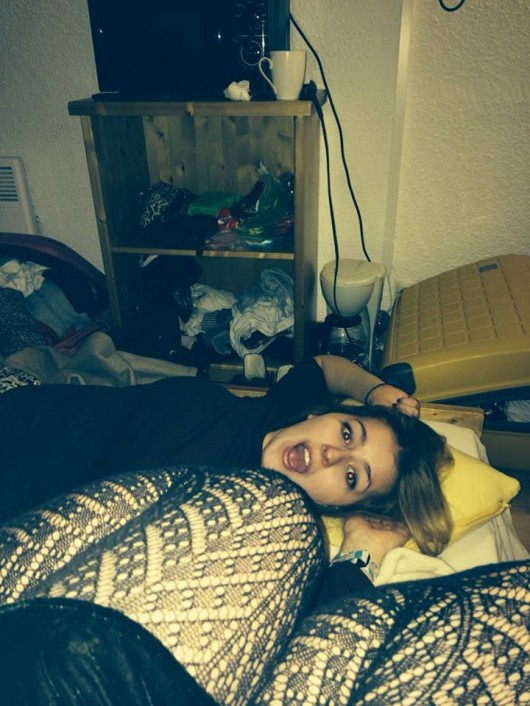 This student was turned insane by the cramped conditions

Danny Nugent, the Managing Director of NUCO – the travel company which organised Varsity – told The Tab that the”‘majority of participants were happy with their accommodation” and stressed that the trip was a “budget holiday”.

He continued by saying that they “dealt with the problems as swiftly as they could” and that much of the responsibility lies with the French suppliers of the accommodation.

Outside of the cell-like rooms, the trip was a massive success, with great conditions for skiing all week and impressive après ski performances from the likes of Katy B and Rudimental.

The Tab was disappointed to learn that some of the accommodation became more hazardous than the iciest of slopes and would recommend the upgraded accommodation for those attending next year’s Varsity Ski Trip.